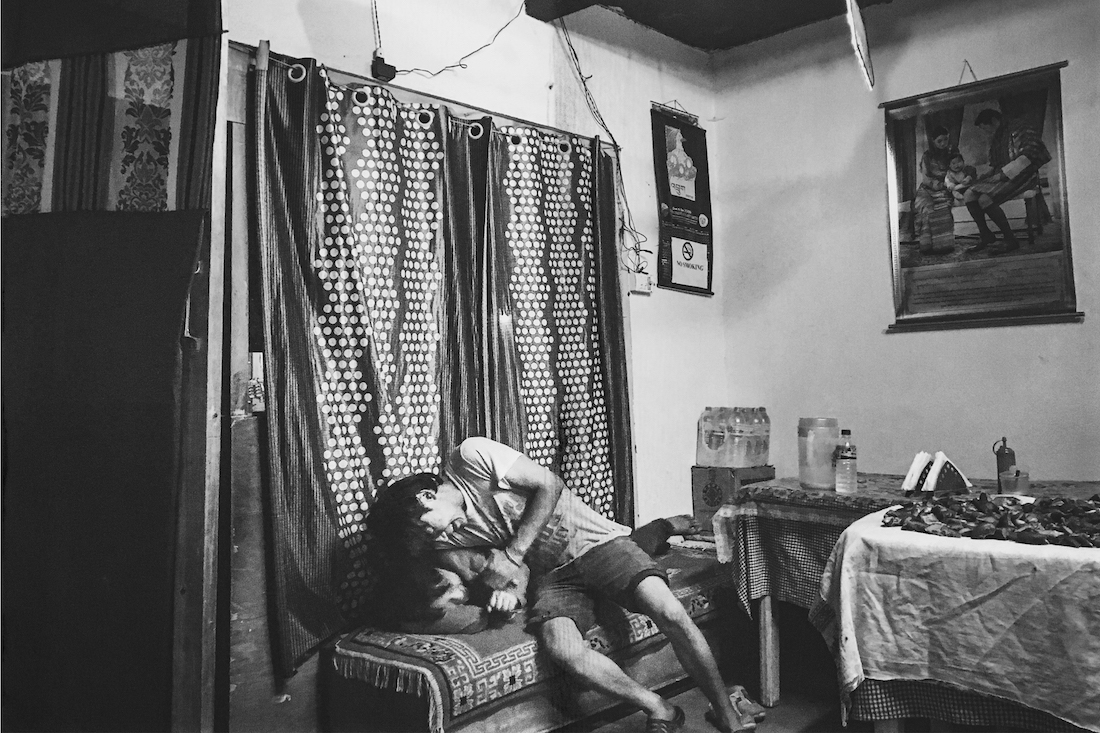 Coming from the industrial township of Tatanagar, Abhishek Basu’s understanding of the 'art of photography' stems from his father's endearing experiments with his film camera seeking to capture what was true to him, his family. As a documentary photographer Abhishek continues this tradition and process of freezing of personal snippets from his own life. The deeper he delves into his passions and unchartered anxieties, the more universal and relatable become the stories. 'The Rum Diary' and 'Labyrinth' are ongoing projects close to his heart. Relishing a good effort, detesting mediocrity and believing in the quiet confidence of his worn-out shoes, Abhishek is willing to go farther and push harder to try and understand the intricacies of his mind. In an alternate dimension, his universe most probably would resemble Hunter S. Thompson's 'Fear and Loathing in Las Vegas'. 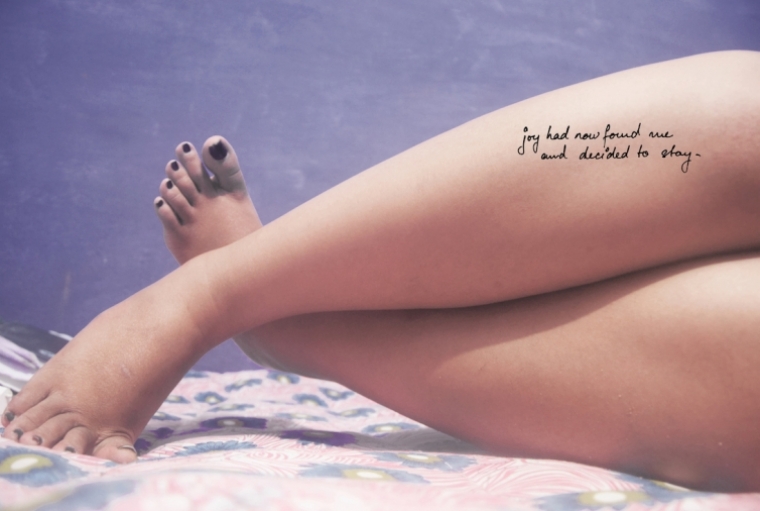 The Work - The Rum Diary
The Rum Diary adopts the tone of a scrapbook whose dog-eared pages are found yellowing inside the baggy jeans pocket of many a photographer searching for their decisive moments. How long do you hold out your fishing rod in still water without conjuring up images of smoked salmon in your head at the slightest tug on the string(read: stirring of the heart)? Does the reality of the common carp you finally catch by dusk, not satisfy the tastebuds of the mind which have already feasted on the grilled slivers of the hyper-real?

It is out of this desire to relish life to its optimum best is borne a journey traced by this series of images. With the name providing an entry point into Thompson's fictional universe, characters in the diary too are captured as at once flawed, haphazard, crooked and stumbling through life as they are extraordinary, silver-screened, charismatic and surreal. Taking from the phrase 'killing your darlings' often used by writers, the diary delves into the voyeuristic tendencies that might have led to their creation in the first place. Till how far do I allow my intrusion to lead me by the hand? Does she ask me out for a dance? Do I buy her a drink? The quick-sand-like subjectivity of my darlings makes it difficult for me to refrain from sinking. They say one is always a toe-dip away from being sucked in. This tension between the two worlds weaves dialogues of 'to dip or not to dip' with every flip of the diary's pages. This slippery slope of stance is traversed through questions of belonging, love, intimacy and desire, till before you know it your darling kills you. Breathing life into memory is all the options one is left with to cling onto. Nostalgia is personified. A photographer's dilemma is eulogised. But after all, the heart longs to thump. And so begins again a plunge into the unknown or the casting of the fishing rod back into the murky waters of the pond.

To strive, to seek, to find, but never to yield. 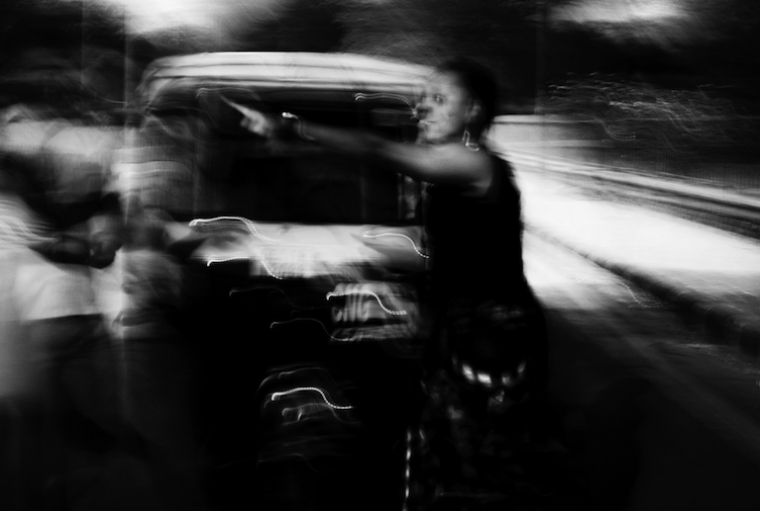 The Work - LABYRINTH
The mind is a labyrinth, much like the night—a journey into the depths of which these images attempt to dig deep into. When suddenly faced with a vast, dark and intrinsically violent world along with the godforsaken challenge of trying to find one’s place in it, questions of identity followed by its variety of whys, whos, and what's parallel in the night. A lost, curious, and most importantly, fearful mind, juxtaposes itself with the ways of the night; its shrieking silences, its blurring madness, its anxious scare, its haunting concealing and sometimes the most hair-raising of it all—its reverberatingly conscious, stillness. Meaning is sought to be found by questioning order, stability, organization, and singularity through a clever play of light and dark, shadows and silhouettes, nature and culture. The images ache to etch the journey of a self, which is ripping itself apart with every click—in the raw, on the streets, via a certain quest through haphazardness, over and above the ‘senses’, under and into the construction of reality. Turning Descartes’ ‘I think therefore I am’ right over its head, the images reiterate why one ‘un-thinks and therefore is’. Focusing on the instinctual, the pleasurable, the nonsensical, the entire process of finding meaning, is questioned. By running in circles in search of and away from, identity and the very root of the self is created by a spiralling sense of sinking found at the bottom of it all. I believe that the substance of the labyrinth project is to form the ‘I’ whose processes of formation are these images themselves. It is the loop that entraps, engulfs and somehow in the process of it all, itself becomes the loop. 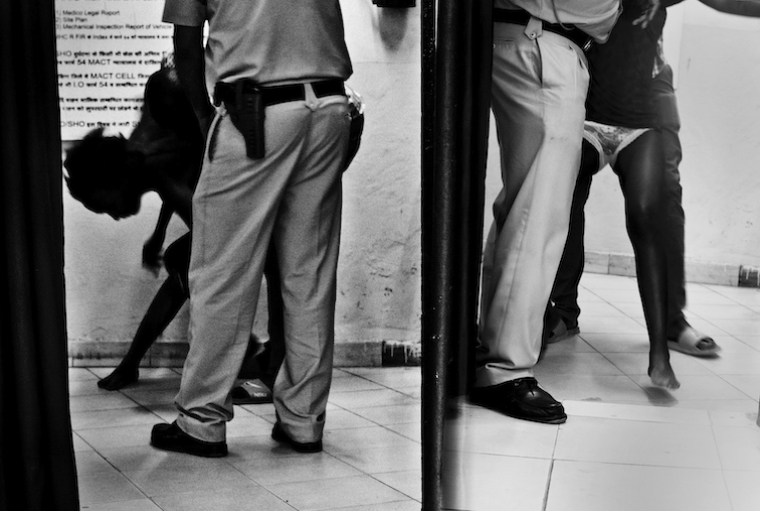 The Space
A contemporary art gallery established in 2016, Art Explore strives to bring artworks that are relevant and  compelling. The endeavour is to appeal to the viewers, collectors, and art enthusiasts by presenting well researched and relatable works that can be enjoyed and understood. A key element for Art Explore is to create a strong curatorial direction bringing to the forefront handpicked masters, mid-career, and emerging artists. The gallery has been quick to embrace new media, including 3D and Augmented Reality and represent new communication tools used by today’s artists. A vibrant social media presence provides accessibility and multiple platforms for exposure for the artworks and its creators.  Some of the shows Art Explore has created and produced are proof of how the organisation perceives and thinks. Versatile in its choices, single minded in its focus, The gallery  hopes to bring newer and more exciting art and artists to viewers and collectors in the near future.

The Education I Never Had

A Photo Essay by Vikram Kushwah

Her work explores the relationship between man and nature, specifically focusing on the connection between the farmers, field and their ceaseless struggles

In conversation with the organiser, Sitara Chowfla, who takes us behind the scenes of this year's Goa Open Arts Festival.

We get in touch with RISD alumni Aparajita Jain Mahajan and learn what behind her exhibit Tracing Memories at the recently concluded group show Building Ruins.

We speak to the curator of Building Ruins and he explains to us the motivation behind such a show, the interplay between the past, present and the future and more.

Sahil Naik’s second solo exhibition at Experimenter investigates how the political shapes all other intersections in modern architecture.

With just a few more days left for India Art Fair, we touch base with director Jagdip Jagpal and go behind the scenes with her.