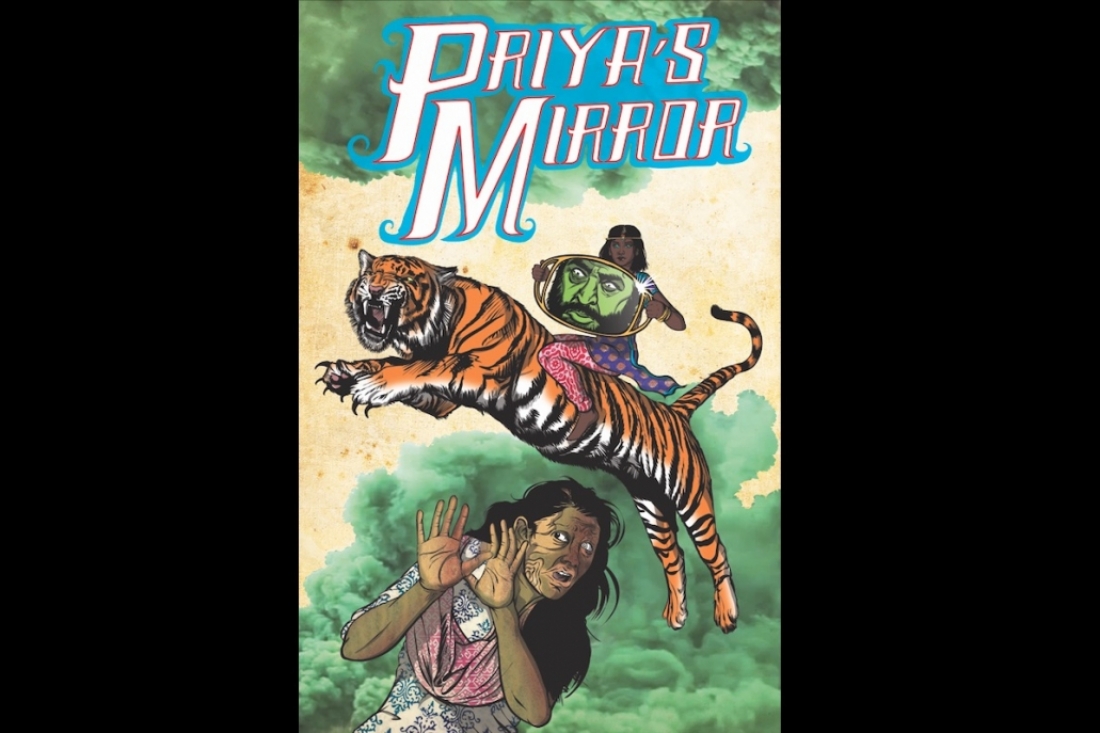 Kaleidoscope Digital Art – KDA and curator Mukta Ahluwalia present for the first time in Delhi – Priya’s Mirror: a ground-breaking exhibition using interactive comic book featuring India’s first female superhero Priya Shakti who is a rape survivor, and named by UN Women as a “gender equality champion.” In Priya’s Mirror, she helps a group of acid attack survivors to find their strength and conquer their fears – similar to how she overcame her fears after surviving a brutal rape. The show at KDA makes use of augmented reality to bring the 2D world of the comic to vivid life and unlock a number of interactive story elements. Featured are interviews with acid attack survivors, whose real-life accounts helped formulate the characters, and the mythological films that inspired the story. 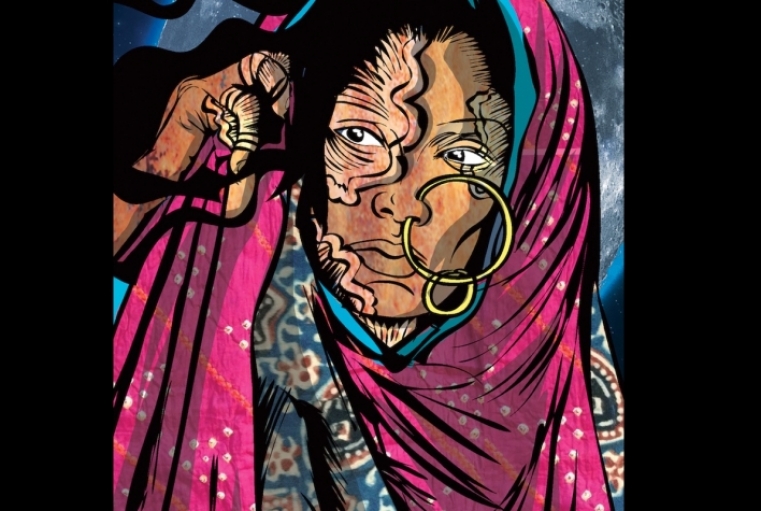 Launched in 2014, Priya’s Shakti was a first-of-its-kind fusion of augmented reality, comic books, and social engagement. The story of Priya, a rape survivor and modern-day superhero, shattered taboos that exist in India on the subject of violence against women. The second volume of this ongoing series, Priya’s Mirror sees the heroine joining forces with acid attack survivors to take on the demon king Ahankar.  It is a story of courage, and over coming societal ridicule, shame and indignity leading to emancipation from disabling restrictions imposed by an unempathetic society and self.

Priya Shakti has had over 26 million readers and over 700 news stories published since 2014. Formore information: Website: https://www.priyashakti.com

The artist Ram Devineni explains, “I was in Delhi when the horrible gang rape happened on the bus in 2012, and was involved with the protests that soon followed. Like many people, I was horrified by what had happened and angered by the indifference exhibited by government authorities at every level. At one of the protests, my colleague and I spoke to a Delhi police officer and asked him for his opinion on what had happened on the bus. Basically the officer’s response implied that she probably deserved it, or at least provoked the attack. I knew then that the problem of sexual violence in India was not a legal issue; rather it was a cultural problem. A cultural shift had to happen especially views towards the role of women in modern society. Deep-rooted patriarchal views needed to be challenged.

Talking with several rape survivors, I realized how difficult it was for them to seek justice and how much their lives were constantly under threat after they reported the crime. The burden of shame was placed on the victim and not the perpetrators. This comic book creates empathy and identification with rape survivors so they can pursue justice without shame.

I began researching Hindu mythology to formulating a new mythological tale where a mortal woman and rape survivor would seek help from the Goddess Parvati — only after she had nowhere else to turn. Although Lord Shiva and other gods get involved, eventually it is up to her to challenge people’s perceptions. I wanted to create a new Indian “superhero” – Priya, who is a rape survivor and through the power of persuasion she is able to motivate people to change. Priya is the catalyst for change. In the second edition, Priya’s Mirror,  she helps a group of acid attack survivors to find their strength and conquer their fears -- similar to how she overcame her fears after surviving a brutal rape.” 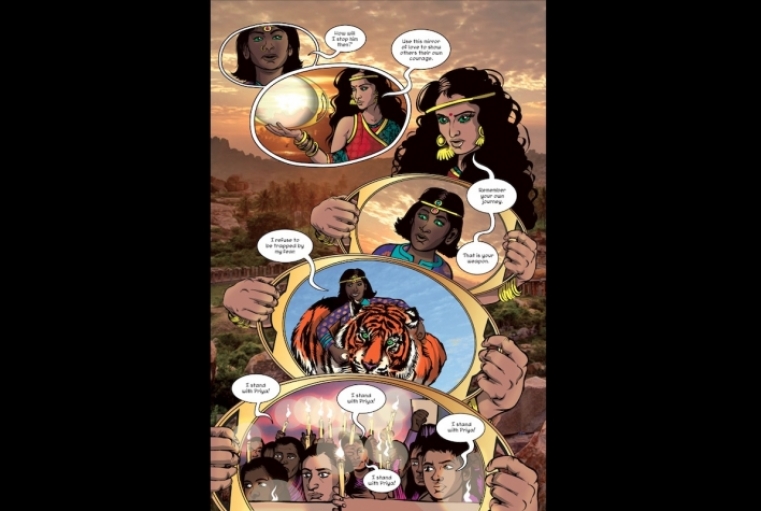 The exhibition will be held at:

Visual artist and illustrator Aamina Hashmi’s eclectic work is deeply influenced by her love for gardening and honours the flora and fauna used in creating it.

Photographer and digital artist Kira Issar, lets us in on how she explores environmentalism and intersectional feminism in her work.

In conversation with the Brazil-based documentary photographer about her work which beautifully captures the transgender, Hijra community of Varanasi.

Mumbai based photographer and filmmaker deconstructs her female gaze, artistic practice and her projects based on Bombay for us.

In the wake of the pandemic, galleries from India and Dubai came together, bringing artists from their respective artist-stables through this joint digital platform.

In response to the current pandemic, Method Art Space, Mumbai has ventured towards creating an exclusive online series called PAUSE.

Bharat Sikka’s The Sapper, now available on Nature Morte's Viewing Room, is as multi-layered as the relationship it narrates between a father and an adult son.