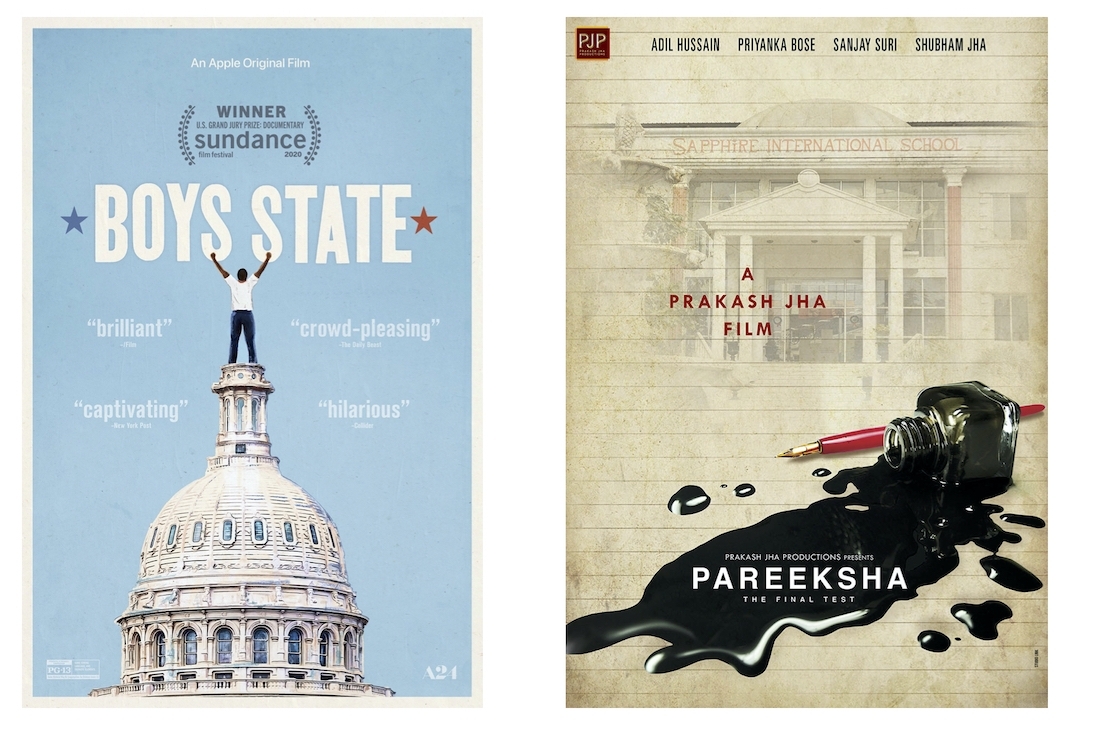 The Death of Vivek Oji by Akwaeke Emezi
One afternoon, in a town in southeastern Nigeria, a mother opens her front door to discover her son’s body, wrapped in colorful fabric, at her feet. What follows is the tumultuous, heart-wrenching story of one family’s struggle to understand a child whose spirit is both gentle and mysterious. Raised by a distant father and an understanding but overprotective mother, Vivek suffers disorienting blackouts, moments of disconnection between self and surroundings. Propulsively readable, teeming with unforgettable characters, The Death of Vivek Oji is a novel of family and friendship that challenges expectations—a dramatic story of loss and transcendence that will move every reader.
Release date: August 4

Luster by Raven Leilani
Edie is stumbling her way through her twenties―sharing a subpar apartment in Bushwick, clocking in and out of her admin job, making a series of inappropriate sexual choices. She is also haltingly, fitfully giving heat and air to the art that simmers inside her. And then she meets Eric, a digital archivist with a family in New Jersey, including an autopsist wife who has agreed to an open marriage―with rules. Irresistibly unruly and strikingly beautiful, razor-sharp and slyly comic, sexually charged and utterly absorbing, Raven Leilani’s Luster is a portrait of a young woman trying to make sense of her life―her hunger, her anger―in a tumultuous era. It is also a haunting, aching description of how hard it is to believe in your own talent, and the unexpected influences that bring us into ourselves along the way.
Release date: August 4

Bland Fanatics by Pankaj Mishra
Pankaj Mishra is one of our great thinkers whose essays and books explain the big cultural and political trends of our times moving from Beijing to Cairo, Delhi to Paris, the eighteenth century to the twenty first. In this outstanding collection of his recent writing, Mishra centers on the end of liberalism – its history and the contradictions within it which have led to its decline. Wide-ranging and full of ideas, the essays talk about, among other things, Salman Rushdie, the self-help guru Jordan Peterson, The Economist magazine and Brexit. This is another sparkling, combative book full of ideas and forceful arguments from one of our leading essayists and cultural critics.
Release date: August 10

Superman's Not Coming by Erin Brockovich
From environmental activist, consumer advocate, renowned crusader, champion fighter-maverick, whose courageous case against Pacific Gas and Electric was dramatized in the Oscar-winning film--a book to inspire change that looks at our present situation with water and reveals the imminent threats to our most precious, essential element, and shows us how we can each take action to make changes in our cities, our towns, our villages, before it is too late.
Release date: August 25

What We Carry: A Memoir by Maya Shanbhag Lang
Maya Shanbhag Lang grew up idolizing her mother, an accomplished physician who immigrated to the United States from India and completed her residency all while raising her children. Maya's mother had always been a source of support-until Maya became a mother herself. Struggling to understand this abrupt change, Maya soon learns that her mother is living with Alzheimer's. Unable to remember or keep track of the stories she once told her daughter, Maya's mother divulges secrets about her past that force Maya to re-examine their relationship. Absorbing, moving, and raw, What We Carry is a memoir about mothers and daughters, lies and truths, receiving and giving care, and how we cannot grow up until we fully understand the people who raised us.
Release date: August 31

Pareeksha –  The Final Test
Pareeksha – The Final Test is a 2020 Indian Hindi-language drama film directed by Prakash Jha. The film stars Adil Hussain, Priyanka Bose, Sanjay Suri in the main lead roles. The film takes on the education system in India and revolves around the story of an ordinary rickshaw driver in Bihar who aspires and dreams of providing a maximum possible quality education to his son by making arrangements for him to study at a private English medium school. The film is based on the real life story of IPS officer Abhayanand who teaches and coaches kids in a village in Bihar affected by the Naxal to help them pass in the IIT-JEE exams.
Release date: August 6
Where: Zee 5

Killing Eve: Season 1-3
Killing Eve is a British dark comedy-drama spy thriller television series, produced in the United Kingdom by Sid Gentle Films for BBC America and BBC iPlayer. The series follows Eve Polastri (Sandra Oh), a British intelligence investigator tasked with capturing psychopathic assassin Villanelle (Jodie Comer). As the chase progresses, the two develop a mutual obsession. Based on the Villanelle novel series by Luke Jennings, each of the show's series is led by a different female head writer. The first series had Phoebe Waller-Bridge as the head writer, while Emerald Fennell took over for the second series. Subsequently, Suzanne Heathcote was the head writer for series three and Laura Neal will follow through as series four's head writer.
Release date: August 7
Where: Amazon Prime Video

Gunjan Saxena
Janhvi Kapoor stars as the titular Flight Lieutenant Gunjan Saxena, who, along with Flight Lieutenant Srividya Rajan, were India's first women combat aviators to operate in the Kargil war zone on tiny IAF Cheetah helicopters. Directed by Sharan Sharma, who has also co-written the script with Nikhil Mehrotra, the film has been produced by Karan Johar's Dharma Productions. The makers of the film, described Gunjan Saxena: The Kargil Girl as ‘an inspiring true story of a simple girl with big dreams who stood her ground to rule the skies.’
Release date: August 12
Where: Netflix

Boys State
Boys State is a 2020 American documentary film, directed and produced by Jesse Moss and Amanda McBaine. It follows a thousand teenage boys attending Boys/Girls State in Texas, coming to build a representative government from the ground up. It had its world premiere at the Sundance Film Festival on January 24, 2020, where the film won the U.S. Documentary Competition Grand Jury Prize.
Release date: August 14
Where: Apple TV

The One & Only Ivan
A hybrid of live-action and CGI based on Katherine Applegate’s bestselling book, The One & Only Ivan is an unforgettable tale about the beauty of friendship, the power of visualization and the significance of the place one calls home. Starring the voices of A-listers such as Angelina Jolie and Sam Rockwell, the heartwarming story of a very special gorilla is set to be a modern-day Disney classic for the ages.
Release date: August 21
Where: Disney+Hotstar 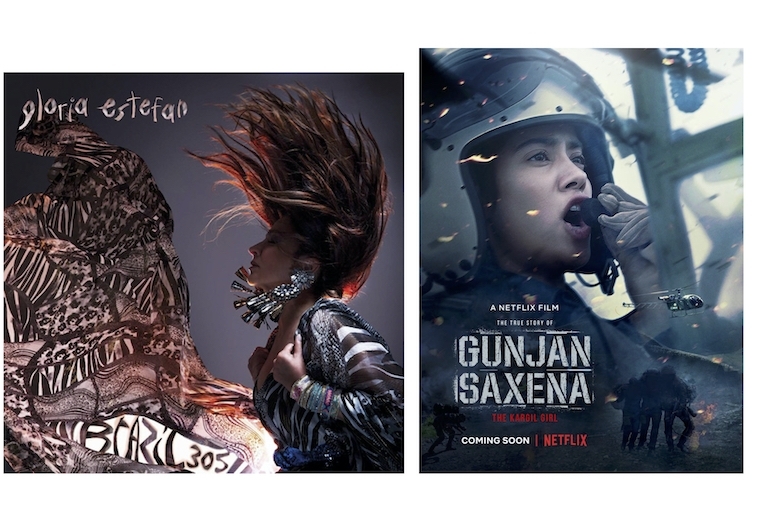 HEAT by Abir
Hailed as one of the most promising young artists on the music scene today, ABIR is boldly redefining perceptions of what it means to be an Arab woman in the modern world. Born in Morocco and raised in the U.S., the New York City-based singer first showcased her hypnotic vocal work and extraordinary range on her gold-certified record “Finest Hour” and 2018 debut EP Mint (her inaugural release for Atlantic Records). On her forthcoming sophomore EP Heat, ABIR embraces her heritage more fully than ever, infusing her magnetic take on pop/R&B with elements of the Arab music she grew up on. A daughter of the east and west, ABIR ultimately shatters countless stereotypes while instilling a thrilling new energy into the pop landscape.
Release Date: August 7

Brazil 305 by Gloria Estefan
Brazil305 is a studio album by legendary Cuban-American recording artist Gloria Estefan. The singer's first Bilingual album and her twenty-ninth overall, it will be released it consists of re-recorded versions of her greatest hits with Brazilian rhythms and includes 4 new songs, featuring her lead single Cuando Hay Amor.
Release Date: August 13

A Platform edit of some of the best true-crime podcasts out there, which will keep you on edge during your workout, commute, or Work from Home break.

A Platform edit of book clubs to follow, and the books they’re reading this month.

Everything you must watch, read and listen to this month. The definitive Platform Calendar.

A Platform edit of virtual book reading initiatives by eminent personalities, that you can sit back and enjoy with your quotidian cup of tea.

Take a mental journey with Tanvi and Harsh Kataruka as they traverse through New Zealand.

Take a sojourn with Rymn Massand as she stays at the University Arms hotel in Cambridge.

An exclusive from our all new Platform Bookazine, we explore Priya and Sunandan Kapur’s new culinary venture, The Spice Lab in Tokyo.