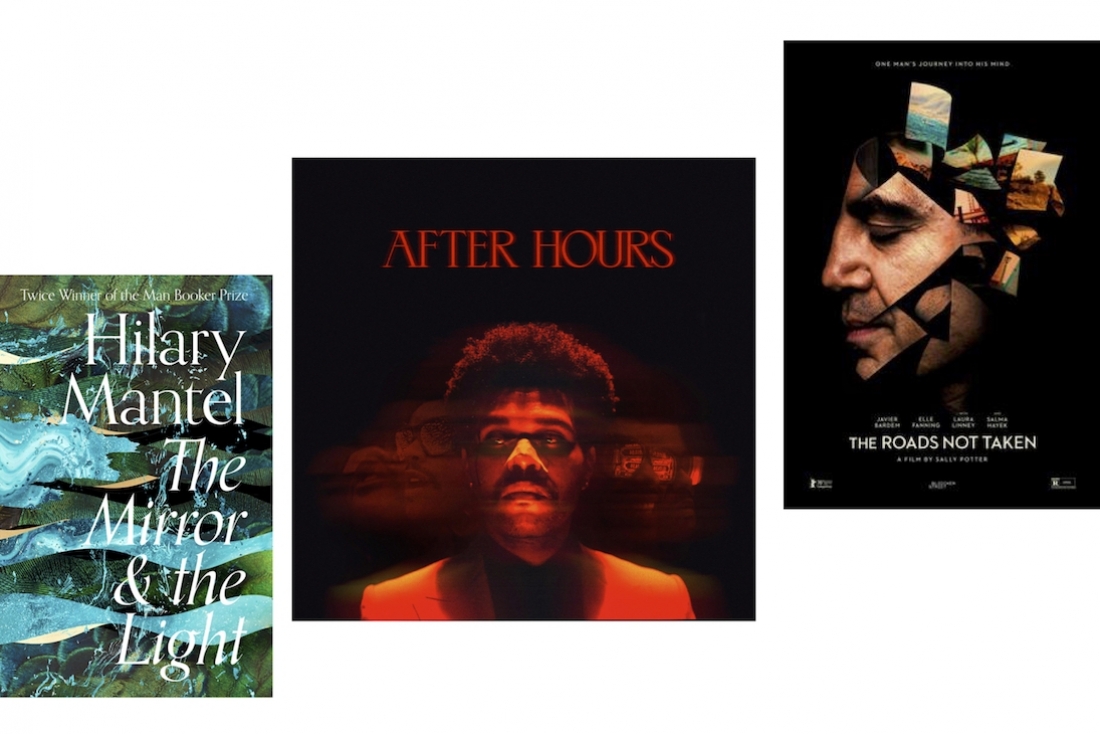 The Mirror & The Light by Hilary Mantel
With The Mirror & the Light, Hilary Mantel brings to a triumphant close the trilogy she began with her peerless, Booker Prize-winning novels, Wolf Hall and Bring Up the Bodies. She traces the final years of Thomas Cromwell, the boy from nowhere who climbs to the heights of power, offering a defining portrait of predator and prey, of a ferocious contest between present and past, between royal will and a common man’s vision: of a modern nation making itself through conflict, passion and courage.
Releasing on March 10, 2020

Two Plays by Chandrashekhar Kambar (Author), Krishna Manavalli (Tr.)
Chandrashekhar Kambar’s writing is known for its rich depiction of Kannada folklore. In Two Plays, ‘The Bringer Of Rain: Rishyashringya’ and ‘Mahmoud Gawan’ are given new life in English by translator Krishna Manavalli. The first play is set during a deadly famine where an afflicted village eagerly awaits the return of the chieftain’s son who is sure to bring the rain with his homecoming. The second play in this book is set in the 15th century Brahmani Sultanate and follows the rise of Gawan as he tries to hold on to power during a time that saw the routine rise and fall of empires.
Releasing on March 9, 2020

Gravepyres School For The Recently Deceased by Anita Roy
Joseph Srinivas is the latest transitioner at Gravepyres School, and is learning Mathamythics, practicing Cloudforming, and understanding Decomposition and how to ‘see’. However, he would much rather learn how to get back to his parents and his younger sister. He believes to have found an answer to this when he stumbles upon the secret of the Eternal Spring and the custodians of ancient knowledge, the vultures. Joseph and his loyal friend Mishi set out on the adventure of a lifetime as they scale the mysterious mountains of Kozitsthereistan. As the fate of the world hangs on their success, will they be able to save the notyetis and make it back to the Land of the Living?
Releasing on March 16, 2020

White As Milk And Rice: Stories Of Isolated Tribes In India by Nidhi Dugar Kundalia
India is home to a number of indigenous Adivasi tribes whose cultures and traditions are different from the rest of the country. For example, the Maria girls from Bastar practise sex before marriage, on the condition that they cannot sleep with the same partner more than three times, and the Kanjars have looted for generations, and will show you how to cook a lizard. This book introduces us to these tribes, weaving together oral narratives and the history of the Adivasis in India.
Releasing on March 16, 2020

A Certain Clarity: Selected Poems by Lawrence Joseph
In a year full of handy new selections and long overdue returns, the poetic event of 2020 ought to be the publication of Lawrence Joseph’s A Certain Clarity. Raised the son of a Lebanese-American grocer in Detroit, he grew up in that city’s riots, then studied English Literature at Cambridge and law at Michigan. Moved to New York at the height of the 1980s wealth creation. Walking the city’s streets, he has been a Virgil in our psychotically greedy times. He hears and sees New York City with a gumshoe’s love and an outsider’s ear for pain. Reading through these poems, which date back to the 1970s, it’s clear Joseph was a moralist before it was fashionable, deeply tuned to justice because he had lived through its opposite. As an Arab-American, he has watched as one after another U.S. government propped up, patronized, and undercut regimes throughout the Middle East. The range of his voice is simply awesome. He can speak low, and with a painterly attention to light; he sings love songs of marriage and the solitude of two; and when he’s angry, he can weave a seething prosody that’d make Blake wonder if the angels he saw were demons. In our sinister times, nothing coming out this year, from America or elsewhere, will make such good companion reading to those wondering if the world really is on fire. Would that our times were not catching up so bleakly with Joseph’s clear vision.
Releasing on March 17, 2020

Kaamyaab
Kaamyaab is a 2020 Indian Hindi-language drama film directed & written by the National Award winner Hardik Mehta, and produced by Red Chillies Entertainment and Drishyam Films. Starring Sanjay Mishra and Deepak Dobriyal in the lead roles, it is the story of a washed up “side-actor” of Hindi movies, who wants to make a comeback with a memorable role so that he can complete a record figure of acting in 500 films.
Releasing on March 6, 2020

The Roads Not Taken
The Roads Not Taken is a British-American drama film written and directed by Sally Potter. It stars Javier Bardem, Elle Fanning, Salma Hayek and Laura Linney. The film shows a day in the life of Leo, who lives in New York City and is suffering from dementia. His daughter, Molly, comes to see him to take him to the dentist and the optometrist. While Molly struggles to help Leo with these appointments, Leo is reliving parallel versions of his life in his mind, including a life with his ex-wife Dolores in Mexico, and a time spent in Greece.
Releasing on March 13th, 2020

Lost Girls
Lost Girls is a 2020 American drama-mystery film, directed by Liz Garbus, from a screenplay by Michael Werwie, based upon the book of the same name by Robert Kolker. It stars Amy Ryan, Thomasin McKenzie, Lola Kirke, Oona Laurence, Dean Winters, Miriam Shor, Reed Birney, Kevin Corrigan and Gabriel Byrne. The film follows Mari Gilbert, who relentlessly drives law enforcement agents to search for her missing daughter and, in the process, sheds light on a wave of unsolved murders of young female sex workers on the South Shore barrier islands of Long Island committed by the Long Island serial killer.
Releasing on Netflix: March 13, 2020

A Quiet Place 2
A Quiet Place Part II is an upcoming American horror film and sequel to A Quiet Place(2018). The sequel film was written and directed by John Krasinski and stars Emily Blunt, Millicent Simmonds, and Noah Jupe, reprising their roles from the first film. Cillian Murphy and Djimon Hounsou also joined the cast. Krasinski also reprises his role from the first film in newly-filmed flashback sequences.
Releasing on March 20, 2020

Heartbreak Weather by Niall Horan
Heartbreak Weather is the second studio album by Irish singer and songwriter Niall Horan. It is scheduled to be released through Capitol Records on 13 March 2020. It will include the singles "Nice to Meet Ya", "Put a Little Love on Me" and "No Judgement"

Velvet by Adam Lambert
Velvet is the fourth studio album by American singer Adam Lambert, scheduled to be released through More Is More and Empire Distribution on March 20, 2020. It will feature the singles "Feel Something", "New Eyes", “Comin’ in Hot,” "Superpower," and "Roses" with Nile Rodgers, as well as all the tracks featured on the Velvet: Side A EP, released in September 2019.

Alicia by Alicia Keys
Alicia is the seventh studio album by American singer and songwriter Alicia Keys. It is scheduled to be released through RCA Records on March 20, 2020.[2] It was preceded by the singles "Show Me Love", "Time Machine" and "Underdog". The album will be supported by Keys' Alicia: The World Tour; beginning in Dublin on June 5, 2020.

After Hours by The Weeknd
After Hours is the fourth studio album by Canadian singer The Weeknd. The album will be released by XO and Republic Records on March 20, 2020. The project has so far been supported by two singles: "Heartless" and "Blinding Lights" and one promotional single, the album’s title track. It is The Weeknd's first studio album since 2016's Starboy, following the release of the 2018 EP My Dear Melancholy.

Filmmaker Hardik Mehta's definitive guide for all the films you should be watching during the quarantine days.

Drawing inspiration from Himalayan art, lifestyle label Mapcha has a culturally rich story to tell. We spoke to the founder and creative director to know more.

This Women's Day, we raise a toast to the trailblazers who dominated 2019 with their sheer determination and talent.

Follow us as we gorge on the new menu at Tres.