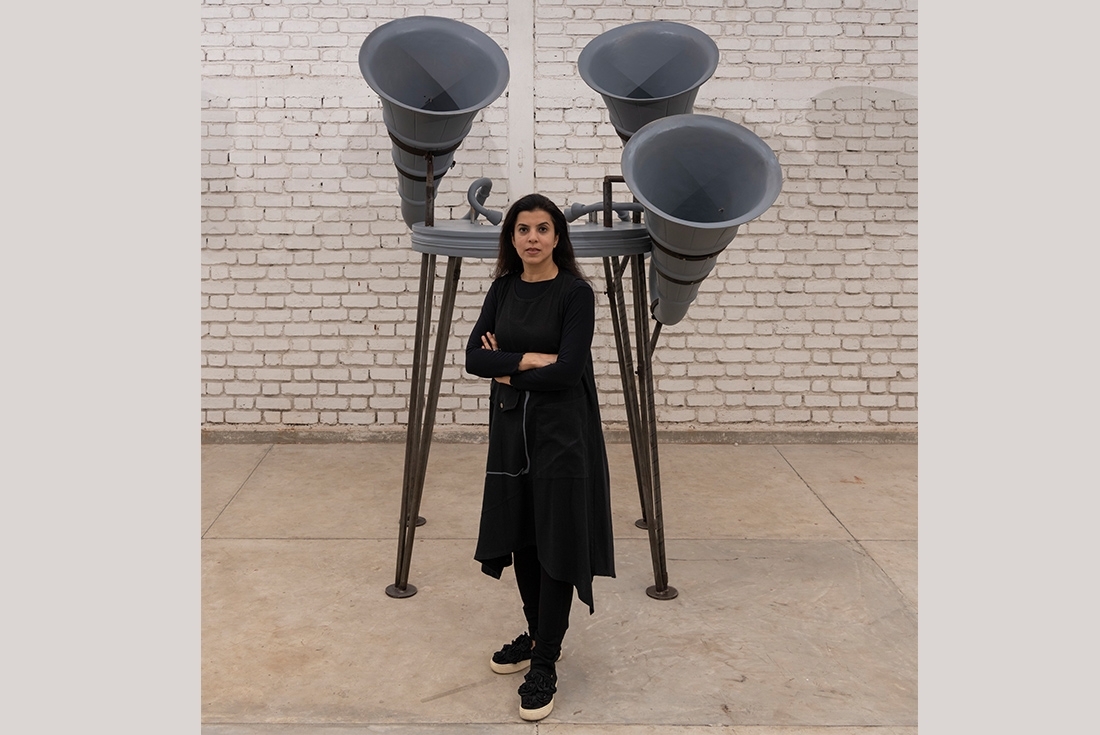 In Reena Kallat's works over the last several years, the border, the territory and the map have recurred as potent forms that point to broad historical narratives as well as the manner in which human kind have left the imprint of history on geography.

'In Blind Spots (2018-19), her solo show after a gap of four years, Reena Kallat deploys the preambles of the constitutions of seven pairs of warring nations from around the world as Snellen eye charts used by optometrists to measure vision.' Here she broke down her practice, the time she spent away and what's in store for the new year. Excerpts.

Blind Spots in on display till the 28th of December at Chemould Prescott Road, Mumbai.

Can you deconstruct Blind Spots in your own words?
The exhibition title is derived from the video installation 'Blind Spots' where I'm exploring the space of the missing fragment, omission of data or no cognition.While information gets processed through a cognitive, emotive, intellectual process, there is a gap between what we see, how we perceive and interpret information. Our brain interpolates the blind spot based on other information as we derive meaning and that shapes our experiences.One form of erasure is the gap in understanding between what is meant and how it’s understood butwhat about the erasure of certain histories through the manipulation of memory?

There is a fictional element in what we bring to memory which is also why no two people see anything exactly alike. We create meaning through a mental bridge that the mind forms to conceptually complete the gap. I’d started working with the Preamble to the Constitution of India in 2003,as a reminder of the values and principles embedded within this most inclusive document, at a time when we were clearly seeing the erosion of these values. In 2009-10, I revisited the preamble of the Indian constitution in the video titled, Synapse which is an ironic play on legibility. We witness 14 individuals attempting to read the letters on a snellen chart at an opthalmologists clinic. It was a fragmented recital, metaphorically indicative of the fact that we are all holding on to our half-truths and fractured understanding of the whole. For Blind Spots, I’ve extended this to pairs of nations such as North and South Korea, US and Cuba, Sudan and South Sudan, Serbia and Croatia, and India, Bangladesh and Pakistan. As the founding promises within each pair of nation-states are revealed one alphabet at a time, the shared principles such as equality, justice, liberty common to both Preambles seem to morph into braille like dots. The work invites audiences to reflect on how we seem to have lost sight of these common human values and aspirations that are universal and cut across the idea of sovereign nation states.

What was the inspiration behind moving your subject from the maps to this?
Over the last decade and a half, I've explored the border, the territory and the map through several works, thinking of how these arbitrarily drawn incisions on the ground decide the fate of citizens on either side and the implications to their lives. While borders are a political construct, I've primarily been interested in the psychological, social barriers between people more than the physical borders themselves. Democracies the world over are under strain. In these polarised times where the gaps in our understanding of the truth is increasingly widening, I hope we can can still find some space to reflect upon our own shortcomings, our perceptual limitations in understanding other perspectives and move beyond the many borders, visible and invisible, to recognise our interdependence.Through the works in the exhibition my attempt is for us to seek the many commonalities amidst difference or the many bonds beyond the borders. 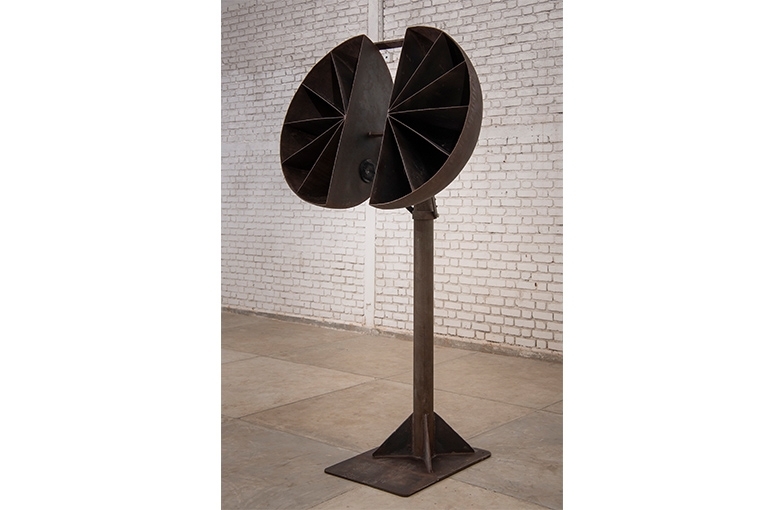 A practice spanning drawing, photography, sculpture, and video, can you choose a medium if ever asked to?
While I always think more spatially and sculpturally, I’ve never privileged any one particular medium over another in my mind since I strongly believe the material choices have to find the right fit with the form based on the idea being communicated.

A solo show after four years...how are you feeling? Would you call it a sabbatical?
It feels wonderful to be able to see all the works come together. While I’d conceived some of these works in 2015, it takes the right platform to launch certain ideas. In the interim four years since my last solo exhibition in Mumbai, I’ve had a large solo at the Manchester Museum in 2017, a project at Tate Exchange in London besides participations at the Museum of Modern Art, New York, Havana Biennial, the Busan Biennial, the Colombo Biennial, Kunstmuseum in Wolfsburg, collection shows by the Art Gallery of New South Wales in Sydney and another set of 10 works from the collection of Musee des beaux-arts, Ottawa travelling to various institutions around Canada. 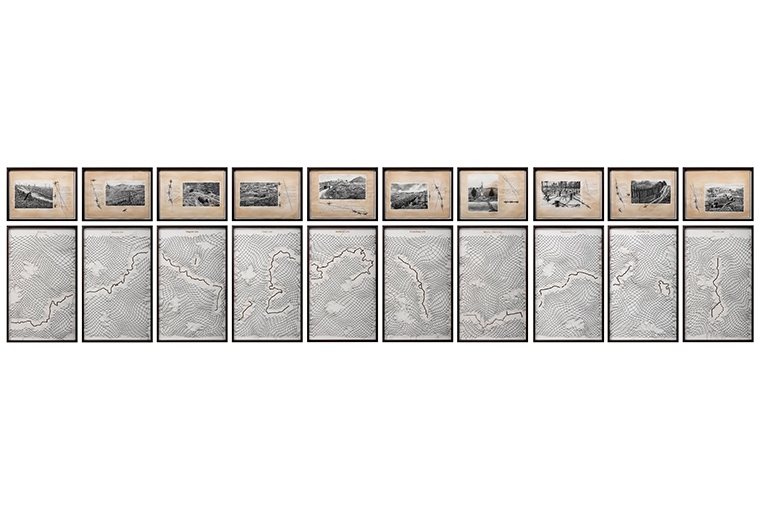 What do you think is the next big thing in art?
I think artificial intelligence in general will affect every aspect of our lives not just technology alone. There’s no denying that its presence is changing the way we think about ourselves as a race. While on the one hand it’s challenging our capacities and out performing us in a number of tasks, on the other hand I think it will make creative pursuits such as art, philosophy, poetry, musicmore relevant since they are an exploration of the human condition and the attempt at a deeper understanding of life itself.

What's in store for the new year?
The New Year begins with the setting up of my solo exhibition at the CSMVS (Chhatrapati Shivaji Maharaj Vastu Sangrahalaya) titled Verso-Recto-Recto-Verso opening on 9th January. The exhibition I’m currently a part of at the Institute of Contemporary Art in Boston will travel to Minneapolis Institute of Art, Minnesota in February before going to Cantor Arts Centre at Stanford University. Also the work I’m showing at the Oscar Niemeyer Museum in Brazil as part of the Curitiba Biennial will be exhibited at the International Biennial of Asuncion, Paraguay in March. There are several institutional group shows such asthe one at SITE Santa Fe in New Mexico, Migros Museum in Zurich, YARAT Contemporary Art Space in Baku, Hayward Gallery, London amongst others. 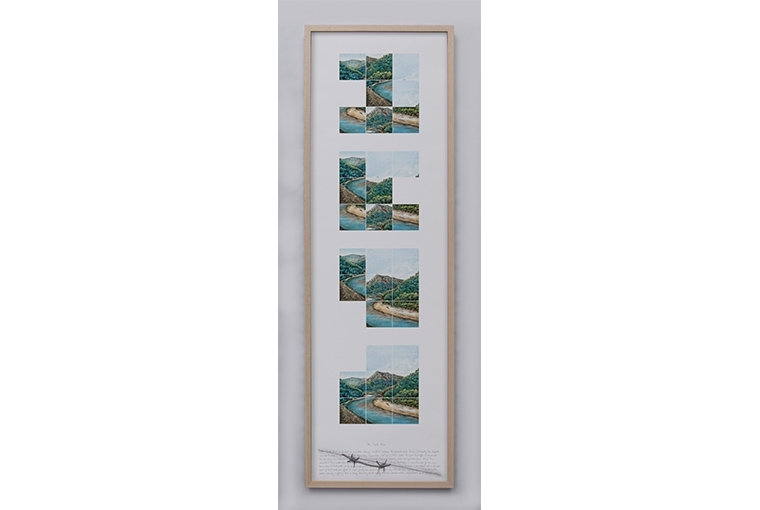