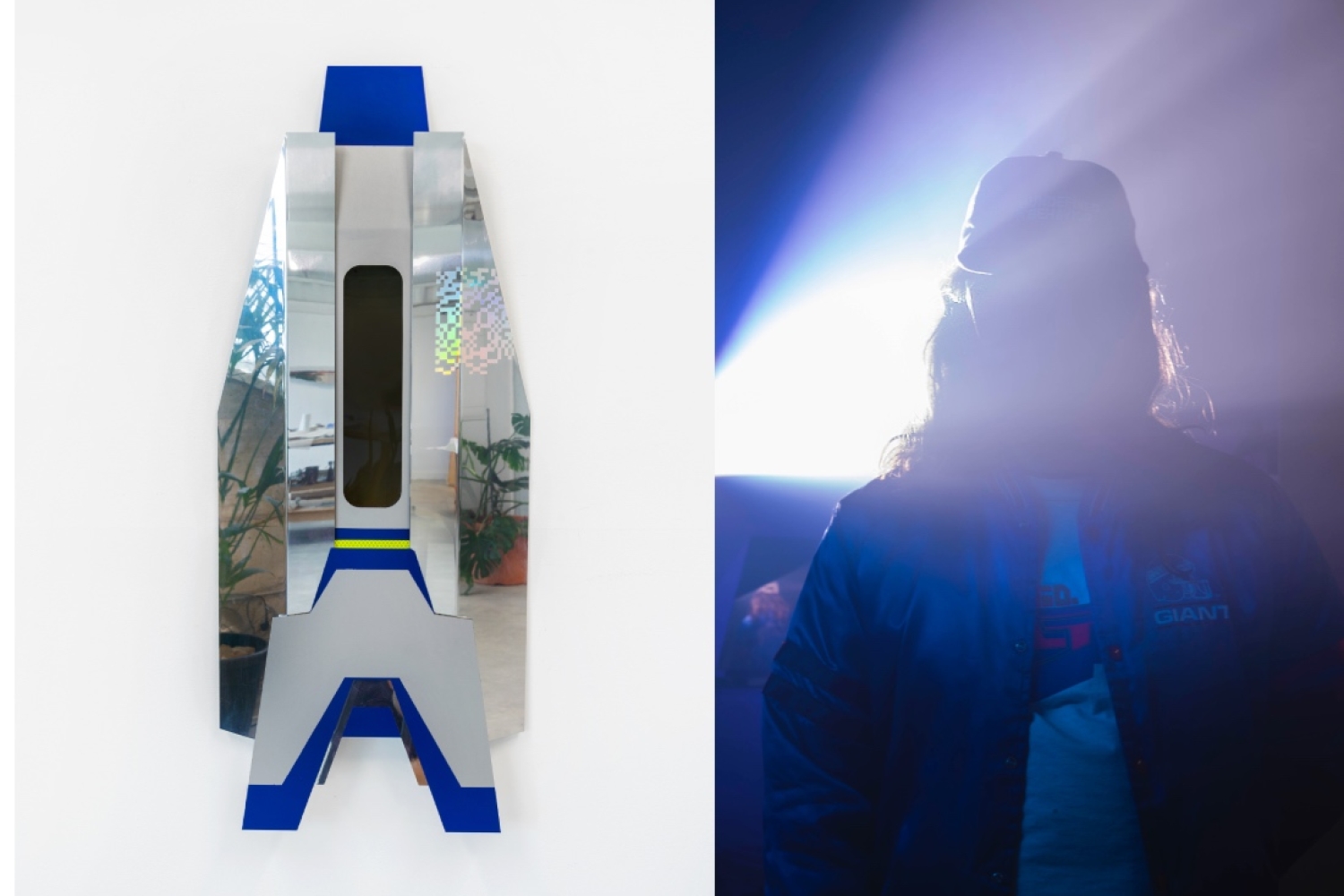 Method Kalaghoda starts the Year with a first of its kind presentation -'Interdimensional Hypnosees',a solo exhibition by visual artist Demsky, a Neo Futurist from Spain. This will be Demsky’s first ever show in India. Since the beginning of our existence, people have been curious about the future. The quest to shape tomorrow, pushing forth advancement while avoiding destruction, is a defining characteristic of humankind. Demsky, a pioneer of the burgeoning neo-futurist movement, has led and inspired a way to Interpret and imagine what this might be.
His evolution of future aesthetics started with murals in the 1990s, paintings in the 2000s, and now sculptures in the second decade of the century This new phase of Demsky's journey is a refined exploration of the coalescence of materials and mediums in times to come. As a viewer, the understanding is a little more fantastic. If we believe that the future could exist in parallel to the present in a different dimension, would it be possible for an Individual to travel between the two unnoticed? Can a sliver of the future be brought back in time and presented to us today? Demsky's objects would most certainly make you believe it's a possibility. An interdimensional Being is defined as one that can travel between dimensions. Through his body of work, Demsky awakens us to the experience.

About  Demsky -
Demsky started his creative journey getting immersed in the graffiti boom in the early 90s. Since then he has been travelling and spraying throughout more than 50 countries and still feels obsessed with twisting the morphology of his name in multiple, unconventional shapes.

Being self-taught, his artistic influences are rooted in the graffiti movement, the fluor era and his current nostalgia around the late 80s and early 90s, although nowadays these are expanding also towards obtaining a balanced mix between future and nostalgia, radical creativity and exact sciences. As a kid he used to spend his time playing arcade games and watching Japanese mecha and sci-fi movies in VHS mode. Now Demsky feels eager to expand his artistic output and develop new concepts in his studio work-a new approach to develop a more conceptual side where he tries to bring new artforms around the interconnected relationship of space and time array with a strong focus on finding the glitch and animating static compositions. More precisely, it is a glance to the future from those nostalgic times, an ongoing personal therapy exercise based on getting immersed in creating impossible shapes gravitating in multiple dimensions in an organized chaos environment. Understanding art as a vehicle to stimulate senses and heal the soul, Demsky has collaborated with worldwide galleries and multiple cultural and commercial projects.He currently spends most of his time shut away in his laboratory breaking the artificial atmosphere.