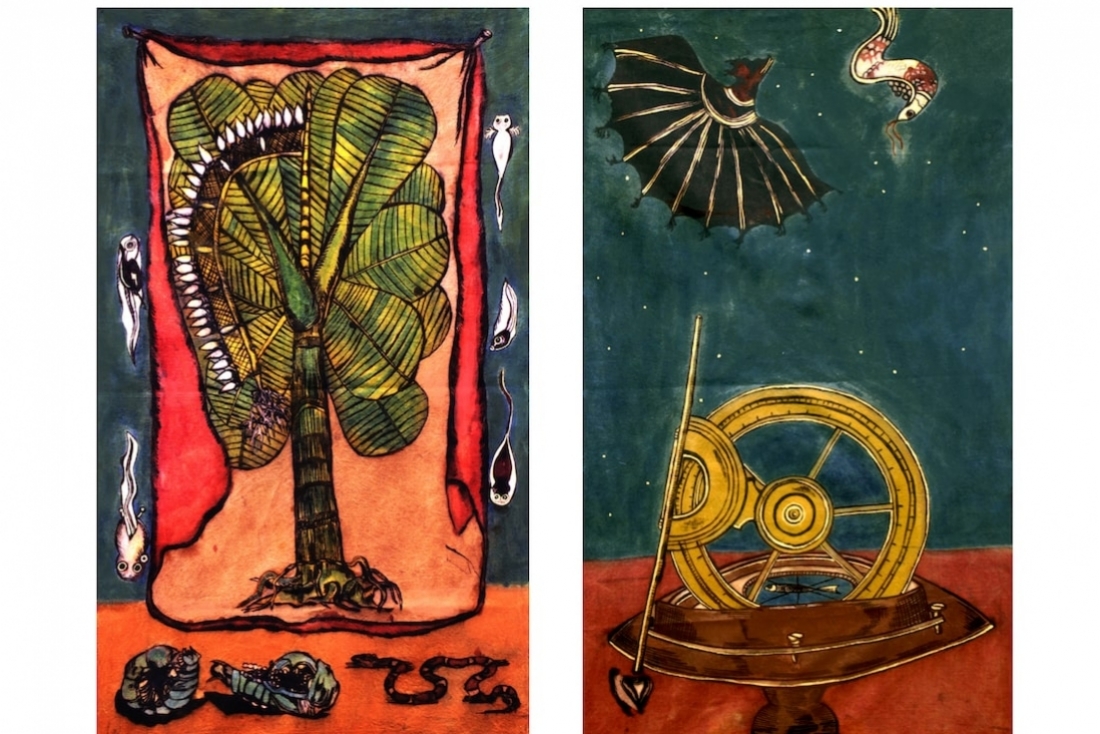 Artist Statement
Early versions of the board game ‘Snakes and ladders' originated in India as ‘Gyan chaupar’ or ‘Game of knowledge’. Usually painted on cloth or paper, these boards were often religious and didactic, instructing its players in the paths of spiritual discipline. The board was designed on the theory of Karma where the snakes of Karma or the lower passions needed to be surmounted to attain liberation or union with God. There was also a strong association with dice play and divination, where the roll of the dice could determine or foretell one’s future. The works in these shows are based loosely on this board game with each image conceived as a box from the game. These works touch upon many aspects of our life today that have suddenly become pressing issues such as, migration or scientific enquiry, that were perhaps not part of collective imagination before. The precarity and fragility of today’s situation brings into focus more than ever before, how our lives have been reduced to the capriciousness of chance.
Statement from the Gallery -  Shireen Gandhy, Director, Chemould Prescott Road
Chemould Prescott Road, for the fourth edition of InTouch, is pleased to present the work of Lavanya Mani. Lavanya pains over process and one of the things that draws us to her work is harking back to tradition and a strong sense of materiality. Having studied traditional textile forms, Lavanya honed in on the process of Kalamkari painting - which has since been her metier. But while Lavanya's work is process driven, she is an inherent reader of history. Her works are replete with stories.

In this present series, titled: Game of Chance - Lavanya looks at ancient board games. The works touch upon many aspects of our life today that have suddenly become pressing issues like, scientific enquiry, migration, that were perhaps not part of collective imagination. The precarity and fragility of today’s situation brings into focus more than ever before, how our lives have been reduced to the capriciousness of chance. 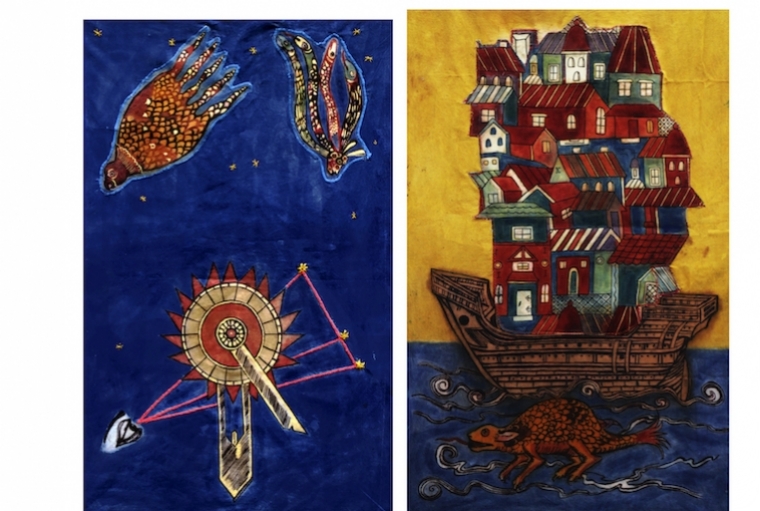 About The Artist
I completed my MA in creative painting, from The Faculty of Fine Arts, MSU Baroda in 2001.  I was not comfortable with the overall importance given to oil painting within the academy. However the climate of the time was such that they encouraged the subjective use of materials etc.   discussions in the painting department encouraged and engagement with politics of material/ material culture, the role and function of craft, technique in society through numerous workshops and seminars. The fine arts fair also encouraged us to work not necessarily in mainstream media Also in Baroda there has always been an emphasis on looking at traditional practices within the curriculum itself, as part of the long-standing effort to articulate a type of 'Indian modernism'.
During my MA, I had incorporated several elements and aspects of textile dyeing, printing and embroidery in my work in an attempt to re-work 'craft' and domestic practices that came to be known as 'women's work' in creating 'art'. Just like that of women artists in the 70's in America such as Miriam Shapiro, Judy Chicago, Louise Bourgeoisie (who were members of the pattern and decoration movement... They incorporated traditionally feminine and domestic forms of creativity such as embroidery which have been marginalized in the larger history of the visual arts and  tried to call attention to the complicated history of women's involvement in various forms of artistic production. Their sewn objects, canvases and samplers critique the tradition that has classified sewing as a hobby, craft or ornament, as opposed to painting and sculpture which were fine arts or professional arts.

As I continued working with cloth, I began to get interested in traditional dyeing and printing processes in India (especially kalamkari) maybe because of its similarity to painting. Using a conventional - 'craft' medium (like kalamkari) as a contemporary art practice necessitated an awareness of its location and context within the broader historical and cultural dynamic.

To that effect I have been trying to explore the multilayered role that dyed and printed textiles have played in the history of colonial trade, the establishment of colonialism and the economics of political domination and imperialism in India; while simultaneously drawing attention to the historical time when 'high art' and 'craft' became opposing categories that needed to be defined against each other to validate their existence.

I have also been particularly interested in correspondences between 'textiles' and 'text' and metaphors relating the two such as– 'to spin a yarn', 'to follow a thread of narrative', 'to embroider a tale', 'to weave a tale' 'to fabricate' and their link to the construction or the making of 'history', especially true in the context of 'discovering' the East. Early travellers to East were very influential in disseminating information about the new and unknown lands and succeeding in perpetuating a whole list of stereotypes on the marvels and wonders of the East. Western ideas of the orient consisted of an entire tradition of myths and fables which combined some truth with much fiction.

Game Of Chance is now live on www.artintouch.in till 10th December, 2020. 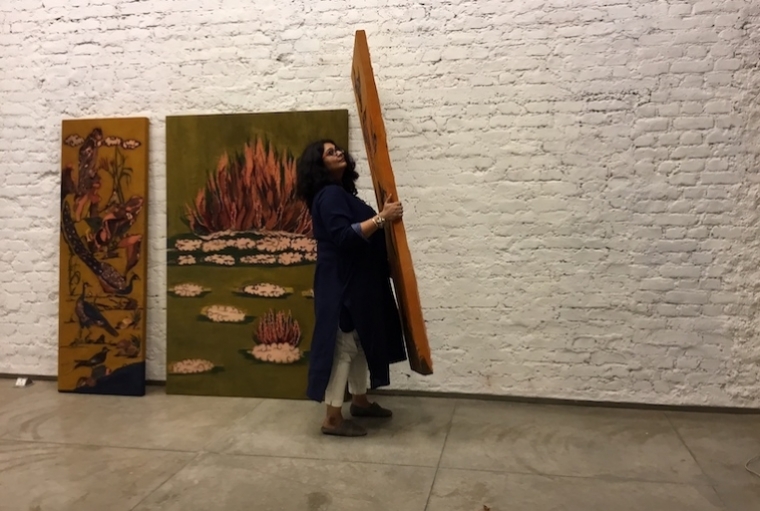