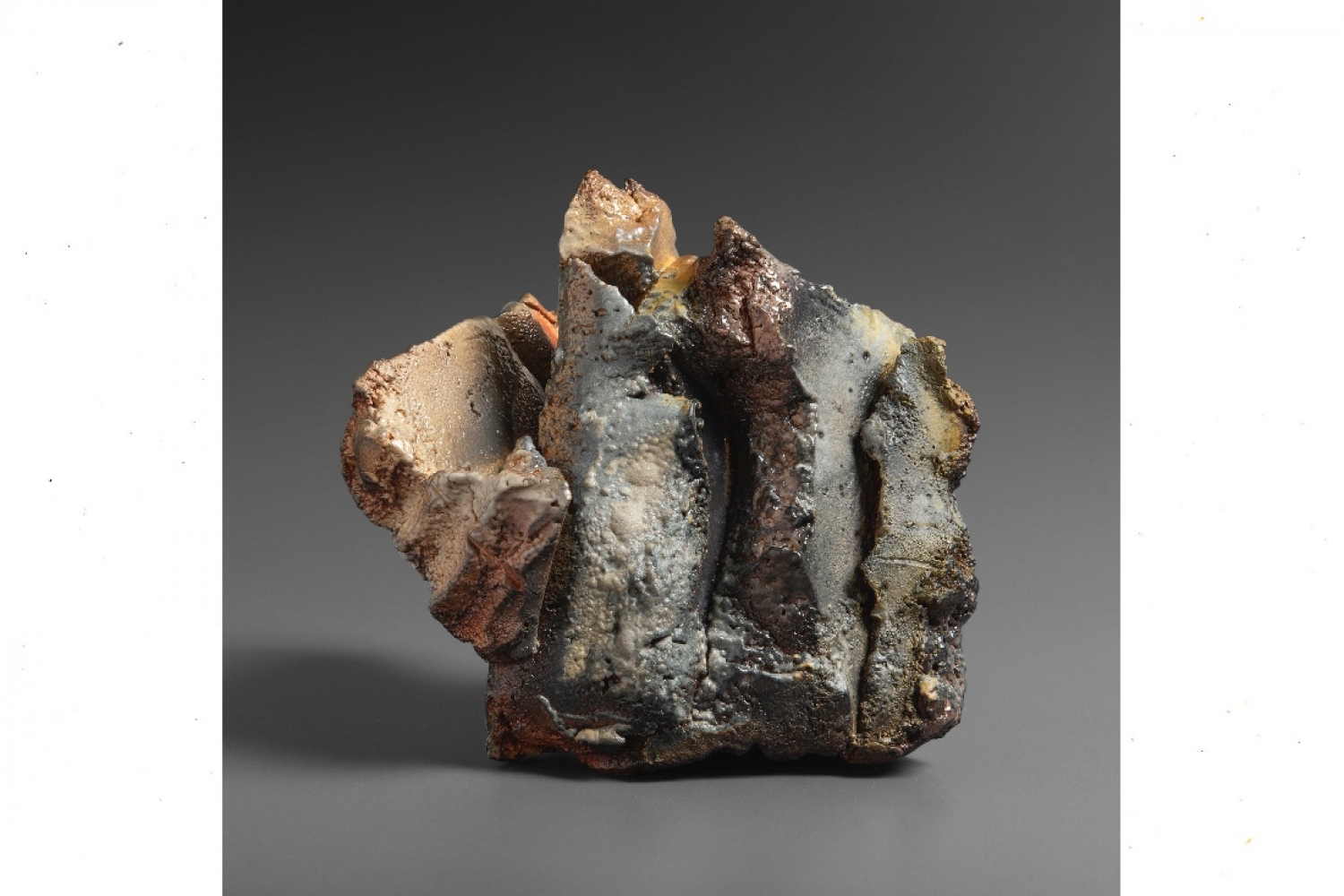 Two artists, with over 50 years of experience creating, have been brought together to create an exhibition of complementary opposites. Both artists started their exhibition careers in the 1970s and have remained steadfastly committed to their respective mediums. Both artists have remained focussed on a language of poetics, if poetics are defined as a theory of both forms and discourse. Both artists allow the combination of materials at play in their work (materials that act as the base but also materials that are added on to that base, such as pigments to create marks and to add colors) to guide their practices. Often, it is as if the materials themselves act as an oracle, leading the artist into unchartered, unconscious terrain. In the process, both artists have continued to surprise themselves and their audience, creating works of refined sophistication which continue to evolve. One artist resides comfortably in the realm of two dimensions, while the other only works in three: both eschew representation in favour of a type of abstraction that is unafraid to approach the difficult, the unforgiving, and the possibly repellent in order to achieve new parameters of aesthetic appreciation.

Born in New York City in 1944, Ray Meeker was raised in California and has been living in Pondicherry since the early 1970s. His dedication to ceramics has led him to pursue a wide range of applications and experiments with clay. His newest works displayed in this exhibition range from the small (hand-held, object-like) to the statuesque (stoic columns standing seven feet high). His process is unconventional: turning away from the standard methods of constructing forms on a potter’s wheel or by using coils and slabs. Meeker wrestles blocks of clay into brutalist chunks, tearing at it as if it is flesh, pummelling forms into being with crowbars and hammers. The surfaces of his objects retain the marks of these violent tools, the deep browns and blacks of his glazes enhance the somewhat industrial, almost alien, character of his forms. No hint of functionality corrupts these works: Meeker’s art is an uncompromising aesthetic inquiry with few ancestral references from any known compass points. In the end, the message of these works may be humanity’s ultimate doom, the slow decay of civilization back into the inevitability of nature.

Born in New Delhi in 1947, Mona Rai is an iconoclast in the context of Indian contemporary art. Since her first solo show, in New Delhi in 1972, Rai has pursued an unwavering dedication to abstraction in both painting and works on paper. Her works on canvas are known for an aggressive stance, often incorporating unconventional materials into compositions which arise from various forms of mutilations. Our present exhibition is entirely of works on paper that the artist has created during the past two years, a period of isolation, introspection, and concentration. All of the works, being the same scale, arise from the artist being present in front of her work table. The works have a diaristic quality, as if the artist is marking time by the repetitive actions she makes on the paper, slowly filling it, often with a linear pattern which approximates the recording of language. Rai uses conventional inks, graphite and paints as well as paper stickers, metallic foils, and organic substances to develop a style that is both minimal and maximal. It is hard to decipher these works, as their individual components mesh together into resplendent fields which the eye has difficulty holding on to. Neither drawings nor paintings, they resemble woven fabrics or perhaps medieval embroideries that fuse gold and silver threads with semi-precious stones and pearls. Reflections, the play of light across an embellished surface, and the darkening of shadows are the subjects of Rai’s works.

This exhibition will also be accompanied by an online viewing room of Mona Rai’s works entitled, Prescriptions of Silence.

On display at Method, Kala Ghoda, the artist uses his own body to take body prints with the help of soot (lampblack).

Poetry of Lived Spaces:A Brush with the Lens

Artspeaks India presents Poetry of Lived Spaces, A Brush with the Lens – a virtual exhibition of photography curated by Georgina Maddox.

The Shape Of Home

The show brings together a careful selection of artworks by artists Dileep Sharma, Farhad Husain, George Martin and Pratul Dash.