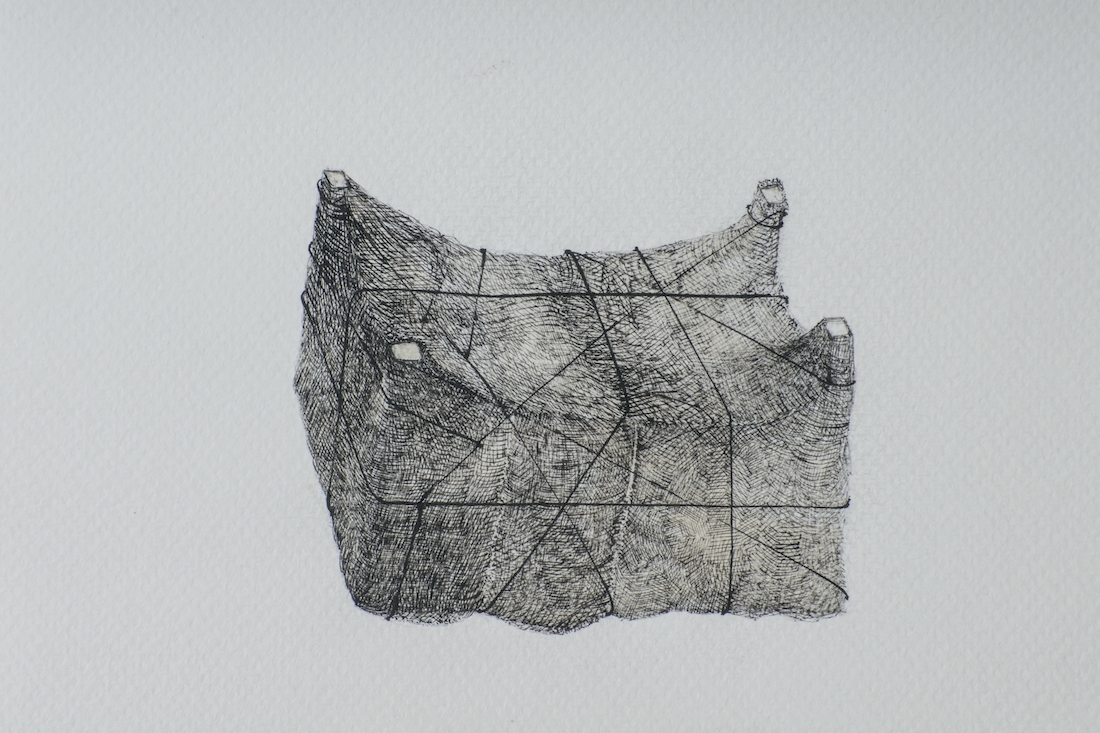 Nestled brings together the works of sculptor and painter Adip Dutta and the revered artist late Meera Mukherjee, revisiting a layered and nuanced relationship between them. Although generationally apart, Mukherjee’s influence on Dutta’s work was formative to his visual language and the exhibition attempts to underscore a lesser known, yet important, dialogue between them. Ensconced within the studio and influence of Meera Mukherjee, for Adip Dutta, the early conversations with his “Meera Mashi” birthed a way of thinking and looking that became the cornerstone of his practice. Nestled orbits a space of dialogue, of times spent together, of influences formed through a wide range of experiences, and of foundational moments of lucidity for Dutta and a loving, yet restrained, mentoring by Mukherjee.

Meera Mukherjee, known for her incredible use of folk tradition and indigenous practices, experimented with several materials and forms in constructing a language for her work that bound together the myriad influences of an awareness of her country’s traditions and crafts. Incorporating them within her own practice and intimately rooting it to her thought process, Mukherjee truly embodied a complex language that was entirely her own. In her words, “It was the heritage, which had in a thousand ways moulded me”.

Using the stitched kantha, as a point of entry into the exhibition, Nestled presents a body of hand-embroidered work that emerged from Mukherjee’s constant push in imbibing and expanding processes juxtaposing them with Dutta’s works on paper, sculptures and drawings. Mukherjee made drawings with children that grew into kanthas; instructed by her and made in collaboration with skilled craftspeople which then took shape of hand-woven carpets. Each practice carries forward a knowledge system and a shared tradition to the next, bringing together experiments that exhibit the harmonious flow of the evolving practice between groups of people and the creation of a whole language. Dutta’s time spent with Mukherjee in his teenage years and as a young artist in Mukherjee’s studio had an undeniable influence in way of representation, in way of seeing the world around him and the transposition of his vision to his practice. In Dutta’s repetitive mark-making within his drawing, the relationship between Mukherjee’s kantha stitches flexible, moving, curvilinear lines where small lines, dots, dashes and points are used as common devices to form the narrative become instantly visible. 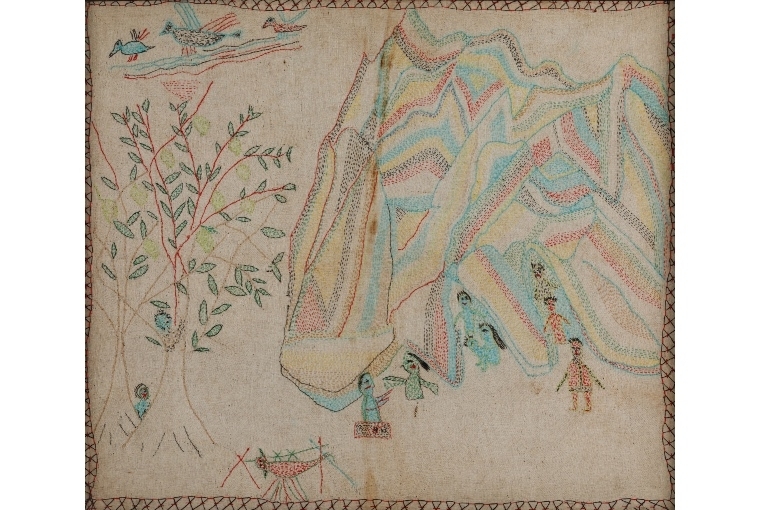 The conversation between the two artists at the exhibition, physically confronts the viewer with a punctured display mechanism that allows for their practices to be seen together and through the lens of each other instead of approaching them in singularity. A common yet distinctly connected language is immediately apparent between the two where drawings, stitched paintings, sculptures and sketches coalesce into a sophisticated, multi-affected response to nature, human and non- human forms.

The influence of folk art and traditional practices is fundamental in the viewing of the exhibition and so is the understanding of how Dutta and Mukherjee deploy their practices to question the politics around the movement of folk and tribal art forms to decorative, skill-based practices and to elevated ‘fine’ art. They reflect the journeys these forms make as they permeate the boundaries of each other and impact the viewing of the whole as one. In a nod to Mukherjee’s dexterous handling of bronze, usually depicting scenes from daily life, Dutta’s large bronze tree trunk occupies an anchoring space in the exhibition, linking his sculptural practice to the intricate field of vision in his large paintings on paper that abundantly and profusely refer to the sculpturality of what he sees around him. Mukherjee’s bronze on the other hand depicts the scene of a kantha embroiderer giving life to form through her skill on textile, all sculpted through the extremely difficult but completely indigenous lost wax process.

The kanthas or ‘stitched paintings’, as they were referred to by Mukherjee’s close friend and socialist Nirmal Sengupta, were made by Mukherjee with children’s drawings (which she illustrated as well and some of which are on view in the exhibition), as a way to take forward her engagement with the children and their aesthetic development and although often viewed as an extension of her deeper engagement with sculpture, the kanthas complete the manifestation of her sculptural practice. There was also an incredible human bond that Mukherjee shared with her collaborators, the children, the skilled kantha embroiderers, metal casting assistants and the carpet weavers. Through the drawings with children she was able to make them pause to view their lives, express the challenges they faced and the life they saw around them, through the embroidered visuals capturing a moment in flux and mirroring before the viewers’ eyes the everyday revealing the divine in the commonplace events that surround us. The singular large carpet on view is a progression of that language to another form, pushing yet another boundary and embracing a vision common to all the processes that led to it. 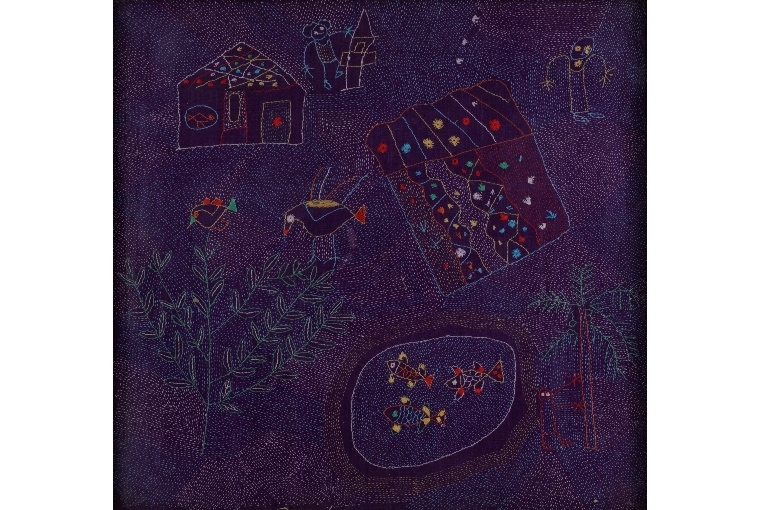 Dutta’s works are bereft of human representation, while Mukherjee’s are immersed in them, yet signs of human presence are palpable in Dutta’s works as if he attempts to capture the shadow of human action and pauses at a moment, just after a person leaves a space. Human relationship and bonds between people were central to Mukherjee’s vision that manifests in several ways in her work. A mother and child sculpture bookends the exhibition holding forth a relationship and a conversation securely nestled between a cocooned space that both these artists carved out for themselves ensconced within each other’s practice.

Nestled is presented by Experimenter in collaboration with The Seagull Foundation for the Arts, Kolkata.
Experimenter – Hindustan Road
22 January 2021 – 31 March 2021