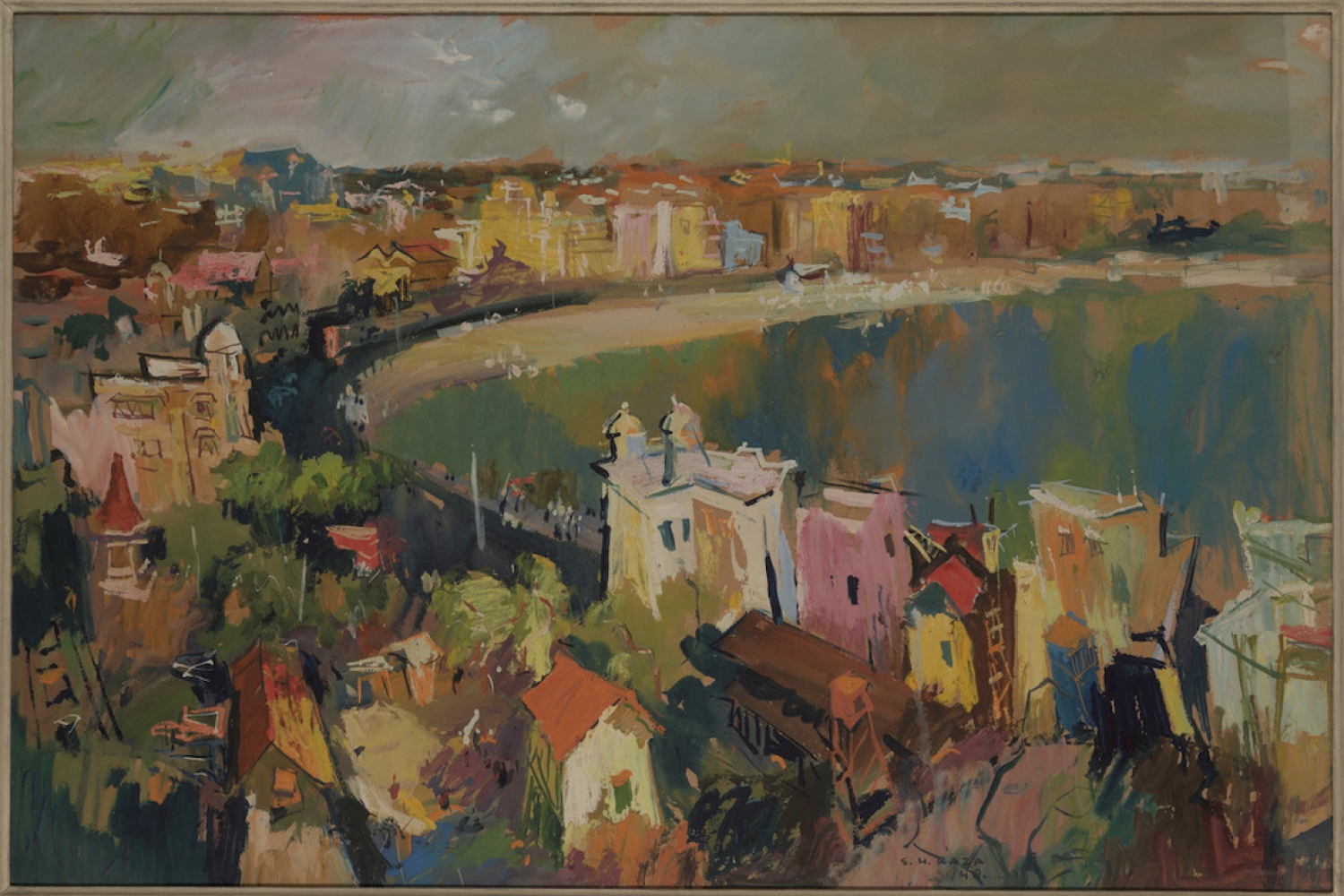 We live in a world where mobility is constrained; parochialisms of different kinds are the ruling notions. One is constrained to his or her immediate identity and surroundings, and transcendence of any sort is nullified from the outset. The pandemic only strengthened the rigid segregation between national boundaries and class divisions, communal ostracization and ethnic chauvinism, all fostered ironically by the forces of globalization themselves. It is in this crucial historical context that we revisit the cosmopolitan modernism of Sayed Haider Raza (1922 – 2016), whose complex and itinerant body of works counteracts many of the prevailing assumptions of the present.

Providing cartography of a wandering soul, villages and cities had been recurring subject matters in the paintings of the early Raza before the artist started his famous metaphysical abstractions. These works mainly from the KNMA collection clearly exhibit the young artist’s journey from an academically trained painter with realistic inclinations to one of the founding figures of modernism in India. Initiating the historic Progressive Artists’ Group along with the artists like MF Husain and FN Souza, Raza started his career in the cosmopolitan city of Bombay and finally settled in the village of Gorbio in Southern France decades later. Based on his childhood memory of the wilderness of tropical India where Raza was raised as the son of a forest ranger, and his deep knowledge of western Indian miniature traditions, he started working on the nature’s five primordial principles and elements (panchabhutas and panchatatvas) since the late-1970s, through the celebrated paintings like La Terre and Saurashtra. This crucial period also coincided with Raza’s increasing interest in metaphysical abstraction, the esoteric notions of feminine and masculine energies, and the symbolism of square, triangle, circle, and most importantly, the bindu (point) which alone became a dominant and consistent feature in the artist’s body of later works. In a world divided by borders, it is important to appreciate that Raza’s long itinerant life – in cities like Nagpur, Bombay (Mumbai), Paris, California, and finally Delhi, towards the end of the artist’s career – cut across many important phases of global modernism in which the artist tried to express both the national and the universal, the contingent and the eternal.

Biography | Sayed Haider Raza (1922 – 2016)
Sayed Haider Raza was born into a liberal Muslim family in Madhya Pradesh, in 1922. While his family chose to migrate to Pakistan after the Partition, Raza decided to stay back in India, settling in Bombay (Mumbai) and later co-founding the historic Progressive Artists’ Group (along with influential artists like FN Souza and MF Husain). An accomplished painter of cityscapes and brilliant colourist by then, Raza decided to study Paul Cézanne and the artists of “the School of Paris” more closely by moving to France, following the advice of the French photographer Henri Cartier-Bresson. Bolstered by the motto “le sens plastique” (sense of plasticity) and receiving the prestigious prize Prix de la Critique (1953) – not to mention the artist’s new life partner Janine Mongillat, a French painter – Raza found the vast world of art welcoming him, facilitating his travels and exhibitions across the globe. The artist’s exposure to the colour field painting and the medium of acrylic while briefly working in the U.S., mediated by his longstanding interest in the compositional idioms of Rajput and Pahari miniature traditions, enabled Raza to arrive at a distinct visual language. The real breakthrough in his career came with the artist’s discovery of the pictorial and metaphysical motif of the bindu (the point) during a trip to his native land in the 1970s. Raza never relinquished his Indian citizenship since he repeatedly made visits to India, but the death of the artist’s wife made him leave France and settle in New Delhi in 2011. He was conferred with the highest French order of merit Commandeur de la Legion d'honneur in 2015 and India’s second-highest civilian award Padma Vibhushan in 2013. The artist passed away in New Delhi, in 2016. 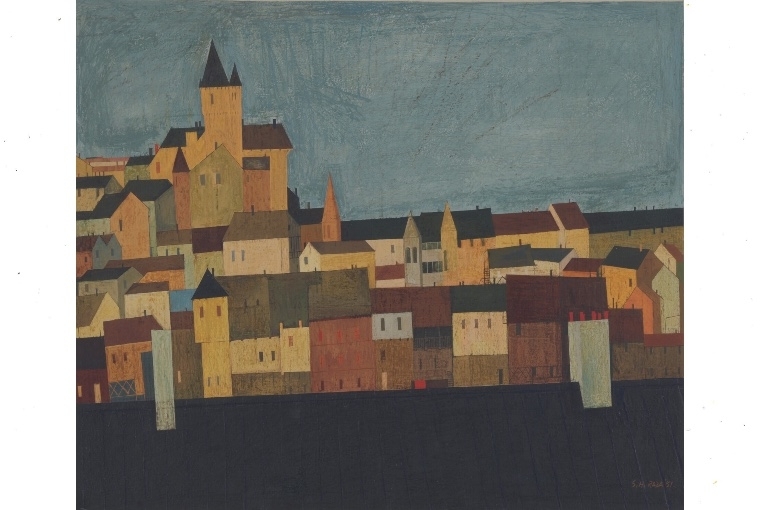