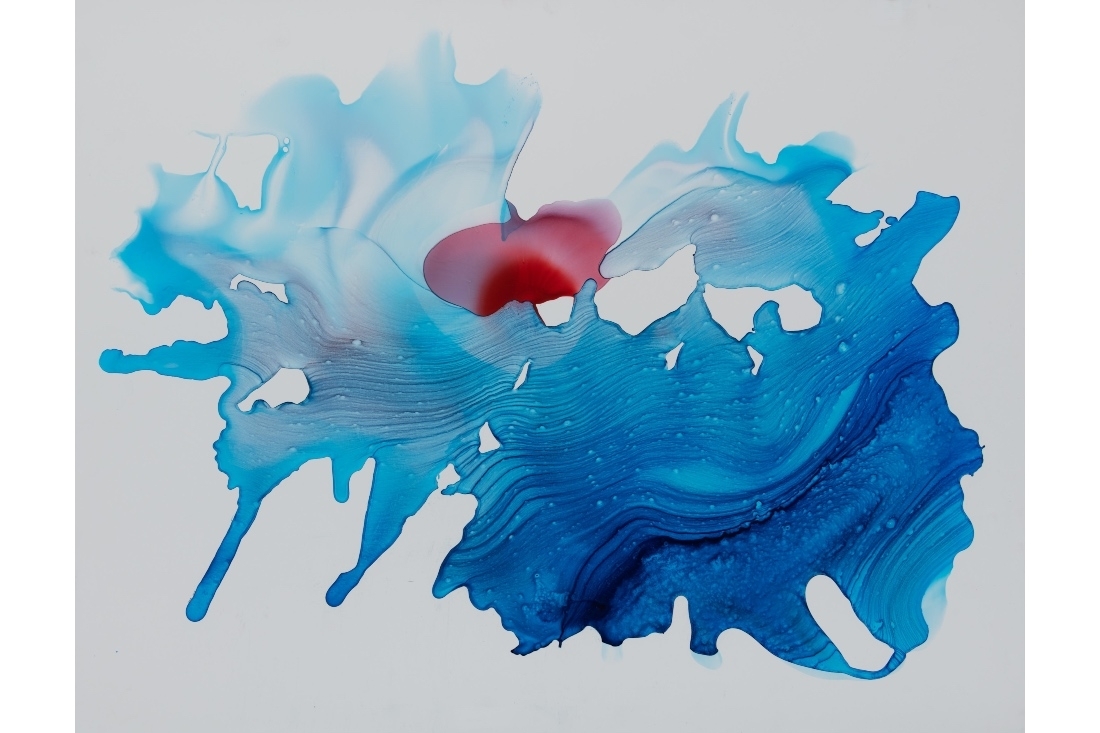 Chemould Prescott Road reopens its doors after 10 months to the much anticipated Aditi Singh solo show. Aditi's works have been part of group exhibitions in Bombay, as also frequent participations in international art fairs that the gallery participates in through the last decade. Thomas Erben Gallery (New York) has also hosted two of her solo exhibitions between 2015 and 2018. Aditi returns to a solo exhibition at Chemould Prescott Road since her last showing in 2011.

In her body of work somethings are always burning, you will essentially find an eye seeking solitude and commune with nature - the world of colour, of light, of form, of shadow. These translations range from a mathematical precision of rings of a tree drawn in fine lines of ink, blue of layers of glistening ice, of rising storms, to the patterns of petal and leaf; of rhythm in the fluid curve and plunging crests of mountain faces. In a journal entry from Leh she writes, "why a certain landscape should profoundly tranquilize the mind, I am not sure, perhaps the eye imposes its own rhythm, one has to look creatively to see this mass of rock, water, tree, as more than shape, contour and pinnacle - but as beauty, as vibration, as a glow in the consciousness".

Every work in the exhibition speaks of an exploration of self in contemplation, whether in Nepal, the Sierra Nevada Mountains, or the Lake District. She says of these journeys, "The history of walking is an unwritten voyage whose fragments can be found in songs, stories, conversations, poems, books, and in almost everyone’s adventures. One’s imagination has shaped and been shaped by spaces it passes through on two feet. Most of the time walking is merely practical, to make walking into an exploration, a ritual, a meditation, is to infuse the subject of walking, in some sense, with how we invest universal acts with particular meanings, from the spiritual to the sensual, from the revolutionary to the artistic."

The richly layered drawings and paintings speak of light, splendour, growth, fragility, and tenacity -  and the discipline of attentive observation. We answer a need to come into a relationship with wild places when we push our minds and bodies to places that are impossible to find indoors. These images are a glimpse of that world seen through the eyes of Aditi Singh. In the planning of this exhibition, we spent many silent moments with Aditi's works as we curated and prepared for this vast expanse of work over the past few months. Each of them transports you to a moment one would like to escape to. We hope to have our viewers experience a range of subliminal sensations. 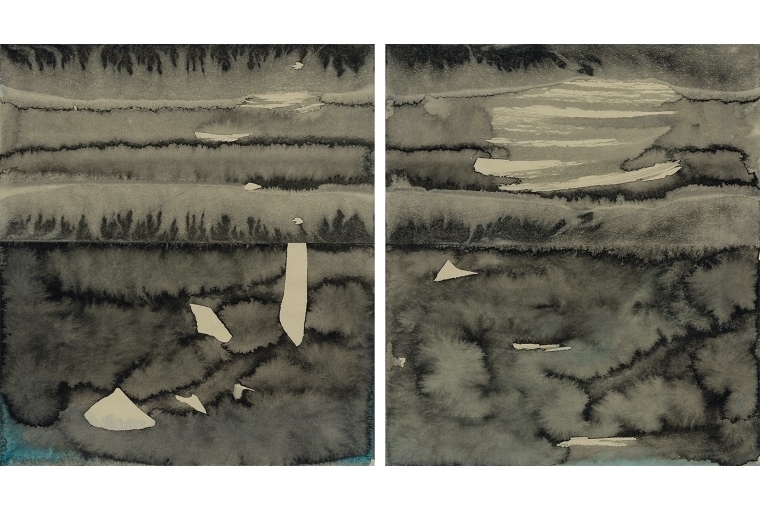 Artist Statement
In Japanese there is a concept called yutori, it means spaciousness. A kind of living with spaciousness. It's like going for a walk, taking time to look around, watching your step, being attentive to breath and landscape - to be still fully aware. Often working on a painting allows me to be held in this spaciousness, you don't have to explain it, paraphrase it, or describe it, you just have to dwell in it. When you're in a place of contemplation, when you're remembering, when you're carving out an image, you're allowing your mind calmly to leap from one thought to another. It's a way of seeing, but it is also a way of moving through the world. Of painting being a dialogue with the many selves - an opening and a cave, an ocean and a lake.

About the Artist
Aditi Singh is a contemporary artist, who’s works have been exhibited extensively in solo and group exhibitions across the world. In the past one year, she has had a solo show titled So Much the Less Complete in New York at Thomas Erben Gallery and at Art Cologne, Germany. Other notable exhibitions over the last decade include: DECK, Singapore; Chemould Prescott Road, Mumbai; Thomas Erben Gallery, New York; SOMA Drawing Museum, Seoul, South Korea; National Museum of Modern Art, Tokyo; Museum of Modern Art, Kyoto, Gallery Barry Keldoulis, Sydney; and Arthur Ross Gallery, University of Pennsylvania, Philadelphia, USA. Her works are also well received every year at prestigious fairs - Art Basel Hong  Kong, Miami, FIAC, Cour Carre de Lourve, Paris, amongst others.

Singh’s works are held in several public and private collections, including the University of Pennsylvania, Philadelphia, William Davoli Collection, and the Kiran Nadar Museum of Art, New Delhi. She has been the recipient of a Ford Fellowship, studying Italian Rennaisance Art & Architesture.  Singh studied painting at the New York Studio School of Painting, Drawing & Sculpture, subsequently earning an M.F.A. at the University of Pennsylvania in 2001. Aditi's work is represented by Chemould Prescott Road in India and Thomas Erben Gallery in the United States. 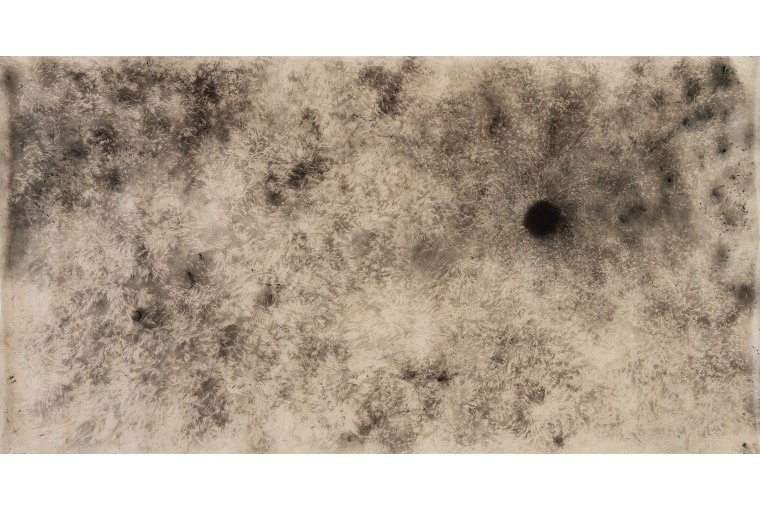 The gallery presents a tripartite show at Bikaner House, Life is a Theatre by Sakti Burman, The Garden of My Soul by Maite Delteil and Games of Life by Maya Burman.

Ishara Art Foundation opens 2022 with Order of Magnitude by Jitish Kallat, the artist’s first major solo exhibition in West Asia and the Levant.

Viraj Khanna: “What My Mother Didn’t Teach Me… & Some Things She Did!”

Tao Art Gallery announces a solo show by the young and upcoming artist Viraj Khanna – “What My Mother Didn’t Teach Me… & Some Things She Did!”

Staging the Contemporary: The Next Generation

Kunel Gaur's show INFORMATION ARCHITECTURE ™ which will be showcased at both Method Bandra and Kala Ghoda starting the 13th of January.

Read the all exclusive from our June Bookazine.