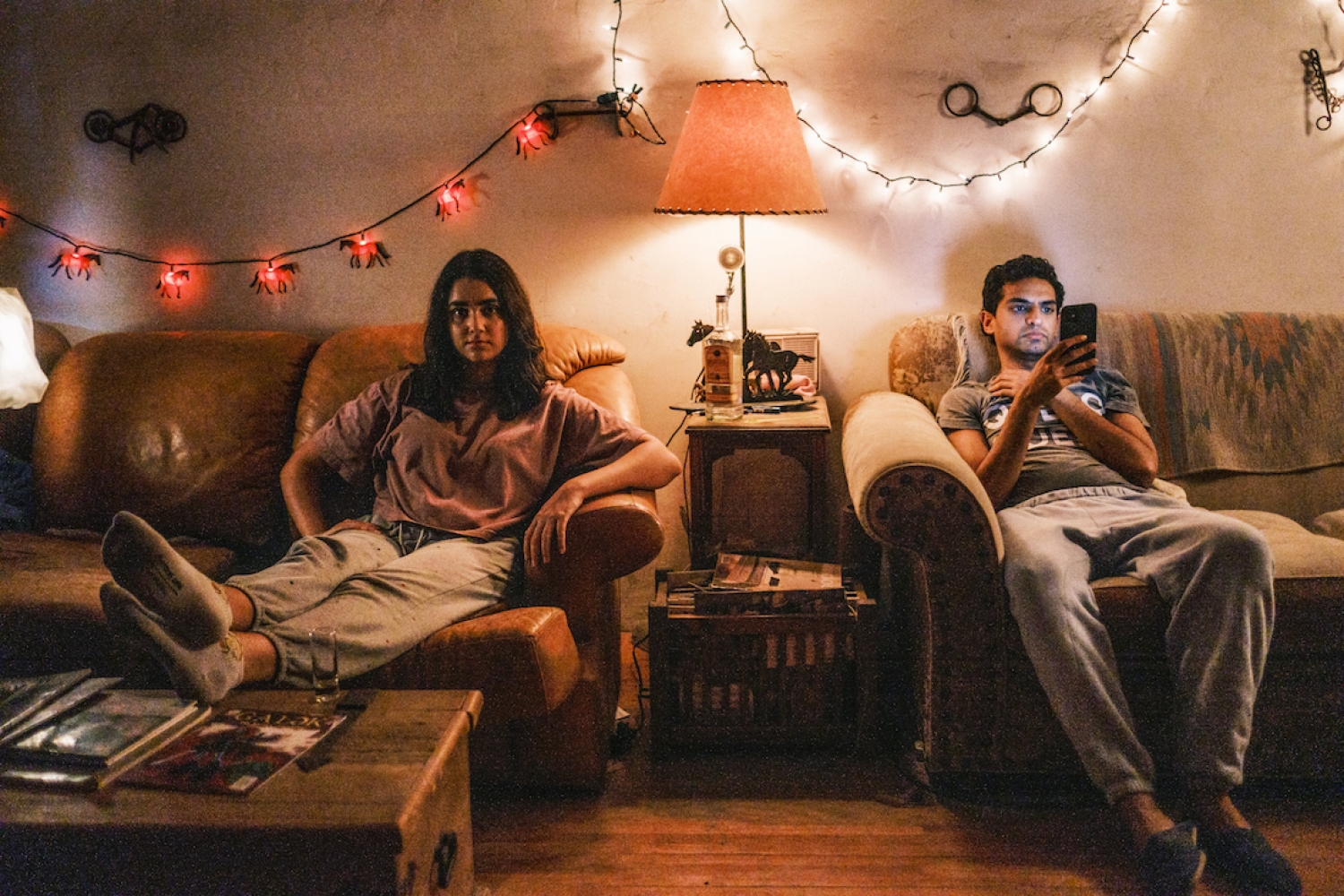 The film in focus, ‘7 Days’, parries with the existential questions surrounding arranged marriages. Can we really believe in marriages like these? Can we truly commit to someone with the idea that togetherness comes first but love can follow someday? The film begins with ‘When Harry Met Sally’ style interviews of partners who found each other through arranged setups. They tell you warm, beautiful stories about how they found love that made them stick around; adding another layer to the existing debate. The film doesn’t claim to give answers to any questions around the idea of the best way to find a companion but simply focuses on two characters and their different perspectives.

Set in the States, Rita and Ravi first meet on a date organised by their old-fashioned Indian parents, hoping for this to be the perfect prelude to an arranged marriage. The date doesn’t really go well but they still keep things cordial. Things take an uncomfortable turn when the sudden pandemic lockdown makes them stay together under Rita’s roof for the likely future. Two different people, who have very different ideas of love and belonging, set the stage for this wonderful movie...

The brains behind this sweet little film that had its world premiere at Tribeca this year, is Roshan Sethi. Roshan never really studied filmmaking and is actually a workingphysician, who did his undergrad from Yale before studying medicine at Harvard. How did it all happen then you wonder?

Roshan’s desire to build this second career for himself was born when he was first approached to consult for TV pilots with medical content, mostly written by his now mentor, Amy Holden Jones. Roshan grew up in Calgary, Canada, “Which was less diverse then compared to now,” he reveals. “We weren’t allowed to watch television until high school so you can imagine.” A working resident at a covid ward during the pandemic, Roshan had to isolate himself for a long period of time from his family and friends. It was when he came out of the bubble that he wanted to create something. We spoke to him about this life, the film, and the future.

ON WRITING
I find that writing makes me a more empathic doctor. Screenwriting requires imagining the feelings and words of different kinds of people, an exercise that I find critical to medicine. For The Resident, Amy (Holden) responded to a random Facebook message and hired me as a consultant. With her encouragement, I eventually became a writer at first with a writing partner and more recently on my own. I co-created The Resident with two other writers in 2017 as I was headed back to residency. Truthfully, I have not been involved since the first season as I took time to complete residency.

7 DAYS
7 Days is a love story but does challenge the conventional gender roles within the rom-com. I mean we have seen rom-coms after rom-coms where the woman is dying for the man to commit. When will he commit? And the woman’s like, ‘It’s me! I’m the one! It’s me!’ So, this is very different in that respect.

Also while writing the film, we realised how this genre has opened up a lot and I think that rom-coms are how we socialise the masses. That’s my radical hot take. It’s how we decide what gender roles are and what love looks like and we imbibe those ideas widely. Everybody is consuming the same pieces of entertainment and they teach us about what each gender does in each position. This movie is still a straight love story, so it’s not a pioneer in that respect but it does challenge the conventional gender roles.

It’s always been interesting to me that Indians have traditionally gotten arranged marriages (until recently) but always told the world’s most lavish love stories. There must be something that draws us to romance. The film talks about both arranged and love marriage in a very non-judgemental way. And if you ask me personally arranged mar- riages are as likely to work as love marriages but I have no evidence for this assertion. I’m not sure we always know better than our parents who we are likely to build a long-termpartnership with. I do think the notion of love at first sight sometime misses the fact that love has to be built and created over time. It doesn’t just happen to us. Also, we shot the film in 8 eight days flat under very strenuous circumstances.

This article is an all exclusive from our Bookazine. To read more such articles follow the link here.