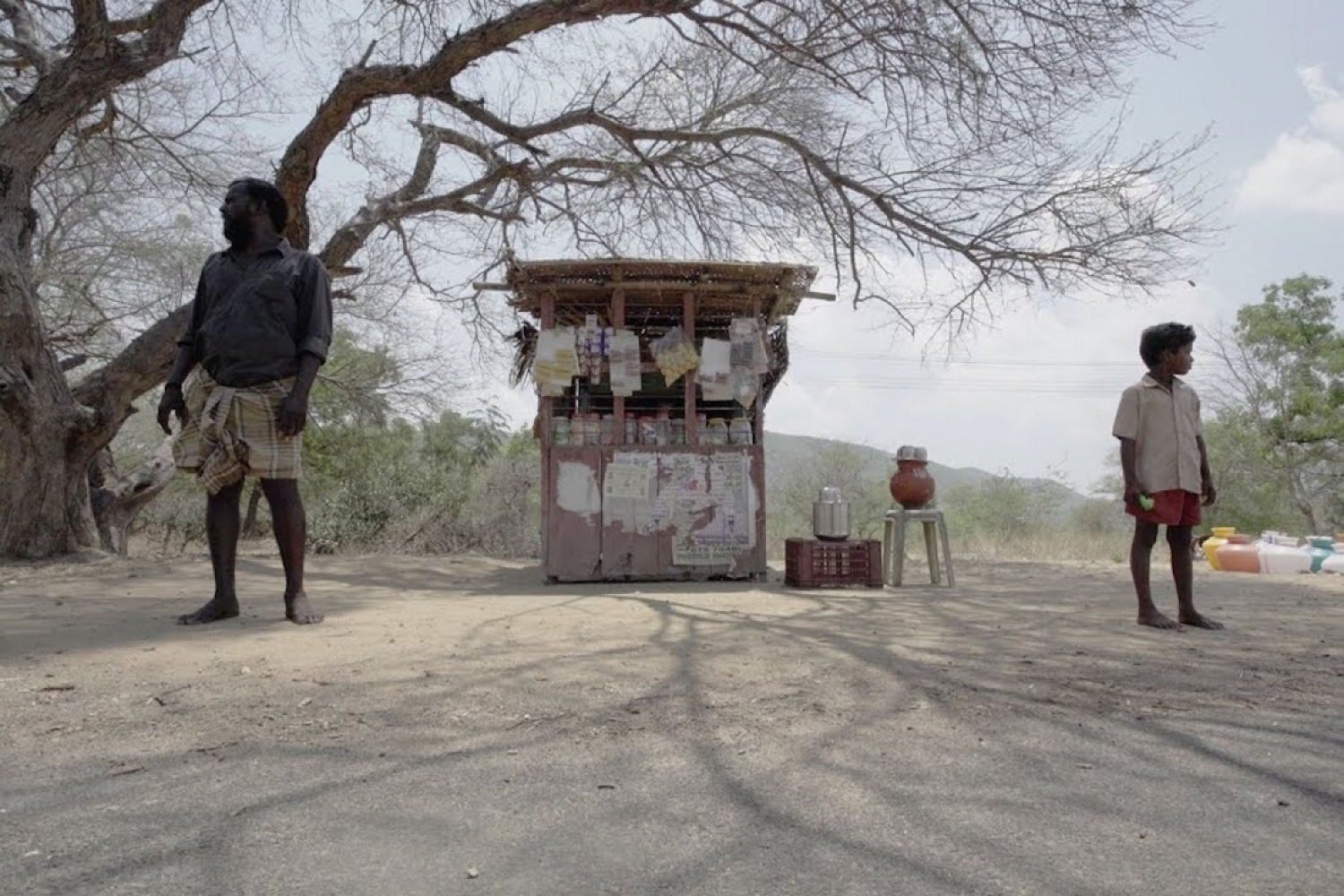 Bittu
Karishma Dev Dube’s short film ‘Bittu’, is centred around the 2013 Bihar midday meal tragedy, that led to the death of many children due to careless pesticide contamination of their meals. The film re-imagines the tragedy and pulls focus towards the innocent people who lost their lives. “When there’s a tragic incident in the news, or in our phones on a daily basis, we tend to normalise the violence and learn to sort of put it away. This film’s intent was to humanise the figures of this incident, to show that they were real people with strong relationships with each other, specific ambitions, big dreams. And Bittu’s character was always my point of entry into the film. I wanted to portray a girl beyond her years, unaware of traditional gender norms and an individual within a very uniform soci- ety. The film centres on a close friendship between two girls and their experience details a lot of the subtleties of girlhood and systemic negligence that I experienced or observed growing up,” the filmmaker [Karishma Dev Dube] explained.

Koozhangal
A hamlet in Tamil Nadu. A father, a son. A hot summer day. Barren lands, despairing trees, stale trails. A long journey and a whirlwind of emotions. Filmmaker Vinothraj’s debut, ‘Koozhangal’/‘Pebbles’, which won the top prize at the International Film Festival Rotterdam this year, is about a day in the life of a village where lands run dry, turn- ing farmers into hunters. The film is a powerful work of cinema that relies on the magic of visual storytelling. It follows Ganpathy, a noxious father, who embarks upon a journey in the punishing heat with his reluctant son in the hope of winning back his estranged wife.

The film and its heritage are incredibly interesting. Vinothraj has loosely based the film on the life of his younger sister, hurled out of her own home one night by her drunk husband, the film set in the very place they used to live. The location is an integral character of its own in the film. The cast comprised non-professionals and were chosen from villages in the region.

The Disciple
In filmmaker’s own words, “Disciple is a universal story about dreams and aspirations. It is asking questions about your place in the world, about your purpose in life, andfinding a balance in interacting with the real world that is constantly changing and challenging you.” Chaintanya Tamhane’s sophomore film released in 2021 globally on Netflix. The filmmaker who has time and again promised to be a master of his craft has given us this rare film that captures the passion that drives creative pursuits. A pursuit to become the best and in turn muting his own happiness.

Anita
Screened at the Venice Film Festival this year, Anita is a short film that powerfully questions toxic societal breakdowns. The film also imparts a very important learning—women are no longer content to be silent. Anita, the protagonist, is visiting her home in Gujarat with her husband to attend a wedding in the family. Settled in the States, Anita returns home with news she is most excited about; she has landed a job at a big real estate firm and wants to give her life a new meaning by focussing on her career. Traditionalists naturally despise that and ask old questions—Does that mean she won’t cook? How will she manage a house and a job? What about kids? Is the husband out of work that the woman has to step out? But Anita is unperturbed and has a voice that is nothing less of an inspiration. In Anita we also see how men won’t give up their privileges easily. They’re brainwashed: be strong, don’t cry. We’re at the point where all that must be challenged and the film successfully does that.

Writing with Fire
Writing With Fire won a Special Jury and an Audience Award at the Sundance Film Festival early this year. It has been absorbed powerfully by the audience globally. It is the first time modern Indian Dalit women will be seen on screen, not as victims of their circumstances but as writers of their own destiny. They will be seen in positions of power, represented through their individualistic and dynamic voice and agency as they navigate obstacles in their personal and professional lives. This film is also deeply entrenched in the theme of women whose voices are not heard, becoming the voice for others. And their armoury in doing so is a mobile phone and their own chutzpah. Imagine an alternate world where the world is saved not by superheroes in capes, but by women sporting saris and a smart-phone. Ordinary women with extraordinary courage. This story is as unique for India as it is for the rest of the world.