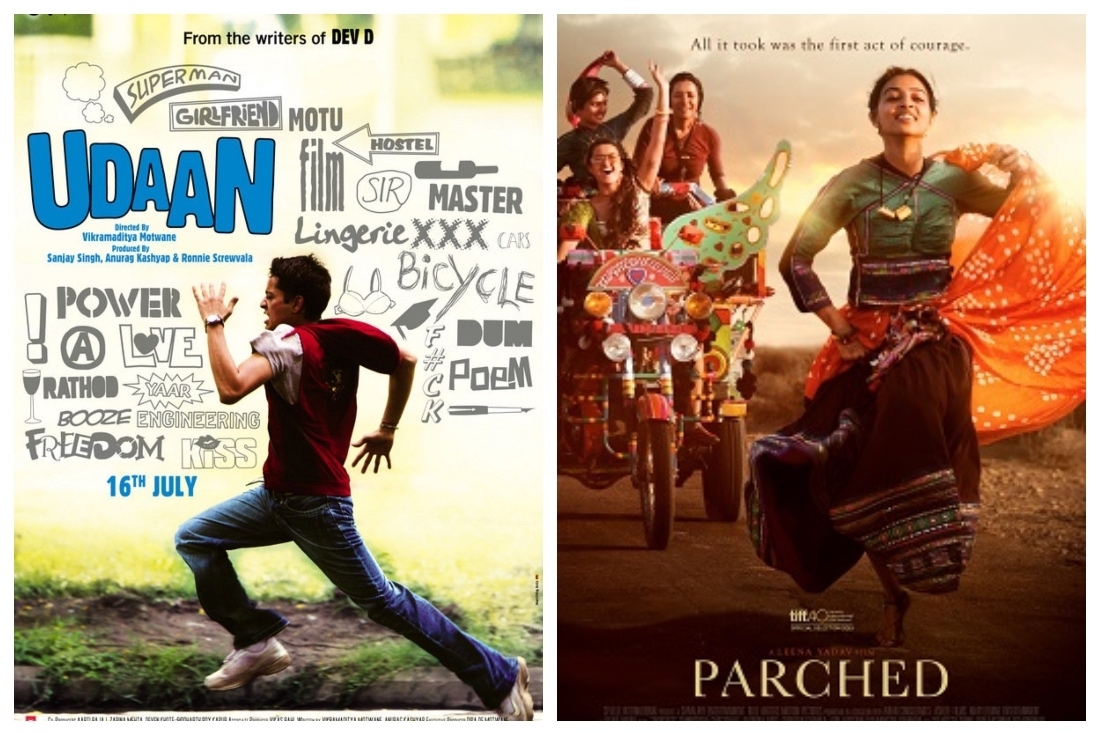 Cinema has always held within itself the ability to evoke a range of emotions in its viewer. While the initial intent of entertaining still remains intact, films have now traversed into exploring much more complex spaces of life. Needless to say, during times such as these, where staying home is the greatest help we can offer to others, films have become our greatest companion. And so, even as we grapple with news bordering on the abysmal end of things, Platform brings a curated list of some classic and ageless movies from the repository of Indian cinema, that inspire and instil hope in otherwise hopeless times. The resilience of the characters seen on screen stirs strength within us, that might help us navigate this minefield that is the pandemic.

Udaan
Vikramaditya Motwane’s directorial debut is one that stays riveting even 10 years later. Udaan speaks of the claustrophobia of dysfunctional families, a topic not discussed freely in Indian cinema up until recently. Rohan wants to be a writer; his father wants him to be an engineer. And the beauty of the film lies in the in-between. The unspoken words and unseen resistance of the protagonist against his own abusive, alcoholic father, riddle the space of the film, making for some incredibly tender and introspective moments. Motwane perhaps intended for the viewer to dwell in the sphere of discomfort, as he slowly edges his protagonist towards development. It is an attempt at freedom, an attempt to fly. Watching Udaan becomes a must, if not for the engaging storytelling, then definitely for the pieces of poetry which lay scattered throughout the motion picture.

Parched
Directed by Leena Yadav, Parched is anything but subtle. And that is why it leaves an impact on the viewer, who finds stills and scenes from the picture imprinted on their minds, refusing to be erased long after the credits have closed. Yadav explores the fierceness of the femme, as she battles everyday acts of patriarchy and internalised misogyny. The female has refreshingly been given ample space in the film, and so the most incredible part of the narrative remains the unfettered, uncensored dialogue between women. The film traverses the arena of female desire and the tribulations of those living on the outskirts — the widow, the ‘barren’ woman, the prostitute and the child-bride — and their efforts at trying to understand a male dominated world of arbitrary traditions, rules and laws. Still, strength lies in the sisterhood forged against all odds, and the narrative ends on an optimistic (albeit unrealistic) note.

Masaan
Straddling the lines of a sexist and casteist society, Masaan seeks to understand and debunk some of these stigmas. The film grapples with complex themes and emotions, and yet manages to remain seamlessly simplistic. Caught between the crossfire binary of entrenched traditions stretching over centuries and the new social media generation, Neeraj Ghaywan’s strategic genius lies in basing the film in the city of Varnansi. Overtones of death, caste and corruption, along with flavours of history, friendship and love douse Varanasi, as it becomes the fifth character of Masaan. Even as abject sorrow engulfs the protagonists, what strikes most is the unbound resilience displayed by them. They inspire to forge ahead despite all atrocities. The beauty of Masaan can only be felt as it rolls on screen, even leaving the viewer numb at times. Impressively compounded by the soundtrack provided by Indian Ocean, the film haunts and even so, instills glaringly unabashed hope for a better tomorrow. Life and death thus coexist in this film, as it does so everyday in the city of Varanasi. 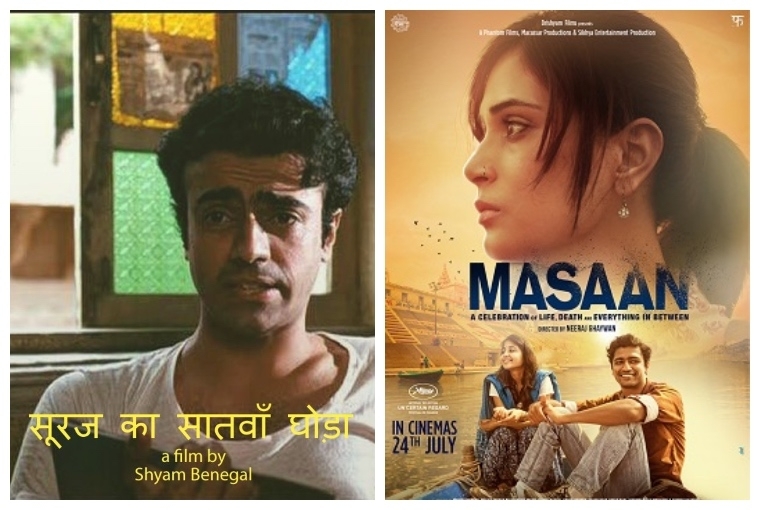 Hazaron Khwaishein Aisi
Sudhir Mishra’s Hazaron Khwaishein Aisi dwells into love and conflict in a time replete with political turmoil. Although not without its vices, this movie proudly remains in the nexus of the paradoxical — bourgeois youth fighting oppression they may not be so in touch with. But what intrigues about this film is that it does not shy away from delineating its own flaws. The personal and the political come together quite literally, as the three main characters try to navigate the new social order in the aftermath of Indira Gandhi’s assassination. Mishra carefully presents a generation full of perseverance, rage, ideal, anguish and irrepressible fearlessness, albeit sometimes harbouring these in extremes. 15 years since, the film is still unafraid to question the status quo. Politics and poetry intertwine and flow together in this narrative, to present a script which warrants much thought.

Suraj Ka Satvan Ghoda
Shyam Benegal adapting Dharamvir Bharati’s metafiction is how this movie was birthed. The film beautifully and philosophically ties together abstract ideas of love and class struggle, without attempting to preach. The protagonist tells tales of lives wholly different, which somehow always end up merging together to complete the incomplete stories of three women fighting to retain their agency. The three women, all from different socio-political arenas, define their own ideals of love and personal revolution. Each of these women go on to influence and mould the narrator’s personality. Morality, banality and the fallibility of the human are fused together in this motion picture, which does full justice to Bharati’s works. The film is a quiet meditation on the fallacies of love and life. It is only at the end that the storyteller talks about the metaphysical seventh horse of the sun, or ‘suraj ka satvan ghoda’. In Hindu mythology, the seven horses pull the chariot of the god of sun. Our storyteller explains that when all six horses have exhausted themselves and become tired and weak, it is the seventh horse — the one that represents hopes and dreams — that forges ahead, giving us hope for another chance, another tomorrow. Suraj Ka Satvan Ghoda is thus an unshakeable narrative on the universal and timeless essence of humanity.