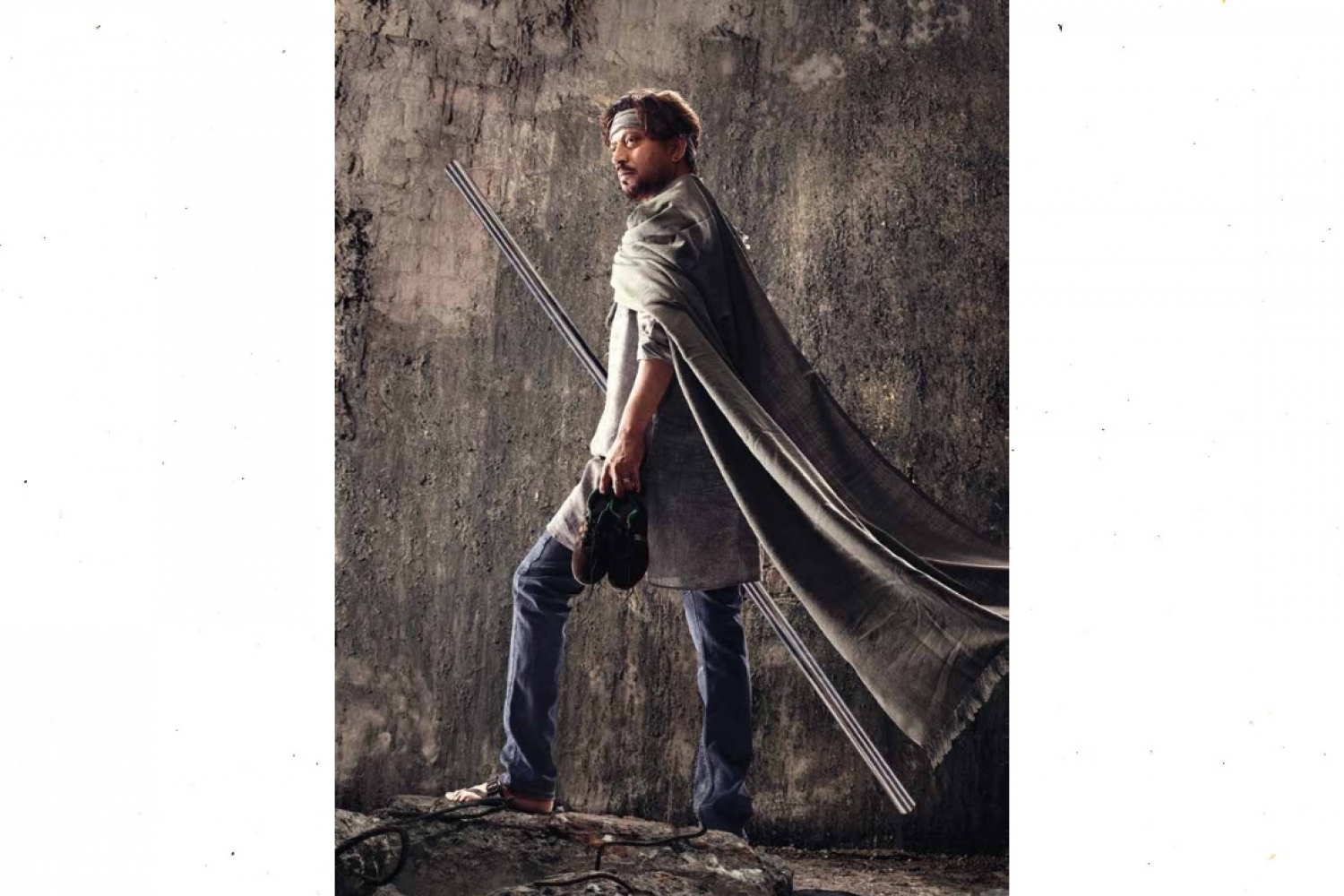 Irrfan Khan was perhaps one of the finest and most celebrated actors of not just India, but the world, having made his mark in both Bollywood and Hollywood movies consistently. Unfortunately, the immensely talented actor was diagnosed with a rare kind of cancer earlier and he passed away today. Nevertheless, he will live on through his great performances and a repertoire of brilliant movies. We revisit our conversation with the superstar.

Does it matter that your real-life stance matches that of the characters you play? Do you identify with these characters?
I think as an actor you must be able to convey the gravity of the situation—that is important. Whether you have the same perspective is not as essential. The objective is to convey what the story is trying to say, to recreate those experiences for the audience. So matching the stance sometimes does not mat-ter, unless you are talking about an incident that shook people worldwide... something very well known.

Between playing real life characters and being part of fictionalized stories, do you find yourself gravitating towards either?
Whether it’s fictionalised or real-life, unless the screenplay and the dialogues are not good, nothing generates interest. But if written well, real-life characters have much more material to play with. There is an extra edge to doing these roles.

Hollywood is now experimenting and writing more roles for South Asians. The market is finally opening up. How has your experience been? What do you think?
I have been saying since three-four years now that Hollywood is going to open its doors to Indian actors. Slumdog Millionaire was the starting point; after that it was expected. They’re more interested in Indian technicians and actors. Also, another thing happening is that Hollywood films are becoming bigger and bigger. And that’s why it is needed for us, the Bollywood fraternity, to make films which have a universal appeal that holds the interest of our audiences. It is necessary. Otherwise we are in danger to be eaten up by Hollywood.

You’ve worked with some of the biggest stars here in India and abroad, constantly experimenting and pushing the envelope with your work. Is there any difference among the actors here and there?
In Hollywood, it’s the other way round. The kind of actors I have worked with there are basically working for the story. Here, people work for their image, the sort of image they have created for themselves, to protect and support their image. Even the story serves for their image. In India, the story is sometimes not the primary thing. Instead, the actor’s image becomes the centre-point of the story along with other departments.

Do you have a five-year plan?
I don’t have a plan for the next five minutes. I don’t plan. I feel strangulated when I plan things. I want to make peace with uncertainty. I want to be comfortable with change. That’s the greatest comfort—when you’re not banking on your plans. Life has its own plan. I think your choices are the most important thing. I’m concerned with the kind of choices I make, and plans are taken care of by God.

All you need to know about Siddharth Chauhan’s film that has made it to the Bafta Qualifying Film Festival from India.