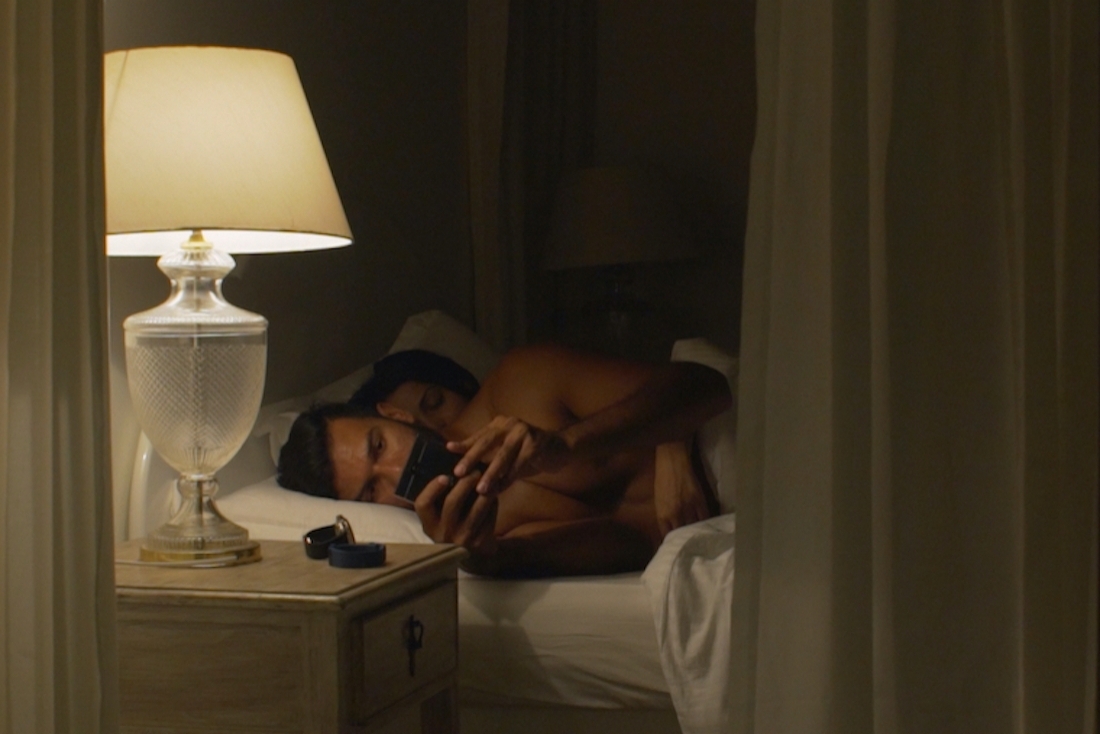 A film still from Buddha.mov

Art is an ever-evolving entity. From the rise of the novel form in literature, to the use of AI in art today, varied art forms always find themselves assimilating change as newer artists produce newer work. Similarly, experimental cinema has always produced films that either bend the genres they’re supposed to operate within, or create new genres altogether. Filmmakers, more often than not, create their own unique brands of cinema. Such is the case with the emerging independent filmmaker, Kabir Mehta as well.

His filmmaking is a fascinating exploration of the docu-fiction genre. In his debut short Sadhu in Bombay, Kabir documents the intriguing life of a man with ascetic origins, by placing him in a modern city. The question of what is real and what is fabricated by the director in the film lead to more questions regarding the ambiguity between fact and fiction vis-a-vis the very art of filmmaking. On the other hand, in his debut feature film Buddha.mov, Kabir’s camera follows the protagonist of his documentary, Buddha Dev, a 27 year old flamboyant cricketer from Goa. As the film progresses, the distinction between Buddha’s actual personality and the one he is showcasing for the sake of the camera begins to disappear. As you watch both the films, the boundaries of fiction and truth lock-jam, buckle and collapse intentionally.

Since both of his films are now streaming on Mubi, we connected with the filmmaker to know more about him, his cinema and his upcoming projects.

Please tell us a little bit about yourself and what led you towards filmmaking?
I’ve been a cinephile since I was a teenager. I remember carrying suitcases full of DVDs to boarding school when other kids were packing Coca-cola and Lays. Although it wasn’t until I was in college that I started watching stuff that was more formal. I understood that a film could have a strong sense of authorship behind it, and this attracted me to the idea of pursuing it as an art form.

How would you define your filmmaking sensibility and which filmmakers or movies have influenced it?
Off late, I have realised that my approach to filmmaking has become one that questions the process itself. Not only am I interested in who or what is being watched, but also in who is doing the watching and how. There is something very exciting and real about messing up a documentary with fiction. I don’t know if I have a defining sensibility yet but I find myself drawn towards films that feel kind of kitschy, yet sophisticated. I like it when a film makes me go,’Why the fuck am I watching this?!', and then never seems to leave my head. I want my films to occupy this tiny space between high-art and low-art.

There are plenty of films I keep going back to. Jodorowsky’s The Holy Mountain, Gummo & Trash Humpers by Harmony Korine, Gaspar Noe’s Carne; Kiarostami’s Close-Up, to name a few. Also, Tarkovsky’s book Sculpting in Time. Some recent films I’ve really liked are Monos by Alejandro Landes, The Challenge by Yuri Ancarani and Caniba by Verena Paravel and Lucien Castaing-Taylor. Kevin B. Lee made a short called Transformers: The Premake, which is probably the first film to explore the language of a desktop documentary.

The one contemporary Indian film that has had a major influence on me is John & Jane by Ashim Ahluwalia. It’s a must watch! I began my journey with Ashim as an assistant and got to watch some very cool stuff while working with him. Lots of obscure sci-fi. Some wild avant-grade. I remember watching films by Jordan Belson and Alexander Kluge.

What inspired the making of Buddha.mov and Sadhu in Bombay?
Broadly speaking, my curiosities in themes like masculinity, digital screen culture and the connection between sex and technology, inevitably find their way in to my work.

However specifically, both films had very different inspirations. Many years ago I had the extraordinary experience of spending time with an aghori in Benaras. He was an utterly compelling character — cranky, theatrical, somewhat misogynistic, and yet strangely unforgettable. Completely captivated, I developed a fascination with the idea of planting this character into a city environment. In the process, I began to draw parallels between sadhus and filmmakers, who I recognise are equally hypocritical, manipulative and unfazed by reality (case in point, me!). After this it suddenly struck me, what if these two characters meet? Intrigued by the potential of what I could do with this interaction sort of paved the way for Sadhu In Bombay.

While making the film I acquired a deeper philosophical understanding of the medium. That through the lens of a camera every moment is as fictional as something fabricated, and conversely as authentic as a documentary. I wanted to push this idea into a feature length film, which is when I met Buddha.

I posed the idea to him and he was extremely excited to be in a film. To him, this was going to be an MTV-style documentary about the high-octane life of a sports star. In a way, for him the film was to become just another Instagram post. Buddha’s knowledge of the visual medium often caught me by surprise — he seemed to know how to use it for maximum effect. There were moments while shooting when I would have to think to myself, is this really happening or is he acting just for me. It seemed to throw the very notion of film’s authorship up for contention. As filmmakers we assume our role as the author very easily, but now a new layer of tension seemed to emerge — the film that was in Buddha’s mind versus the one that was in mine. This was a tad mystifying, but all the more fun and became the driving force behind Buddha.mov.

Can you take us through your creative process behind making the films — the scriptwriting and shooting?
I document some aspects of reality and lace the narrative with fictional elements. I find this process very exciting because it opens up unpredictable possibilities of where the film can go.

While making Buddha.mov I spent close to a year and a half shooting the film. However I was putting it together as I went along. I would shoot for several days in Goa, go back to Mumbai, edit for a month, and get a sense of what I needed next. Then I would return and try to seek those moments and emotions, but on every trip I made to Goa, there was one extra piece that he would give me — a defining scene for the film. It was this strange way of filmmaking where the process dictated the form and narrative. It’s almost like I wasn’t trying to find pieces to a puzzle but creating (shooting) perfectly fitting new ones.

What do you hope the viewers take away from the films?
I love that people are confronted with a moral dilemma when they watch my films — is this real? Is this staged? Do the people on camera know? Do they not? It’s in these grey murky waters that I want my films to live. Morality, I remember someone saying, makes for false cinema.

In fact, the films are a comment on the very idea of documentation. I've seen so many documentaries and realised the extent to which they're staged. They're all full of fabricated lies. The director often manipulates a person to say something they want to be said on camera. I want my films to flow organically, see where they lead to, but at the same time comment on larger issues like identity and voyeurism.

I design my films with lots of layers to let the viewer take away as much as they want. Each film has an exterior, which holds the narrative, but beneath it are many layers for anyone willing to dig deeper.

Could you tell us a little bit about your next venture, Nitty-Gritty Punjab Police?
Nitty-Gritty Punjab Police is my second short. It’s about a filmmaker documenting his time with a washed-up dishonest constable and his troop of two. One could say that the film is a reflection on a different and perhaps less narcissistic time that has passed on. Today, law enforcers themselves are abysmally failing to uphold the dignity of their uniform. This film is taking place in a time where older traditions and ways of life are being cast away by our obsession with our digital selves.

In Nitty-Gritty Punjab Police, I am employing techniques that I arrived upon in my previous films to create an experience that feels like an investigation into personal memories and public identity. I can’t wait to put it out! 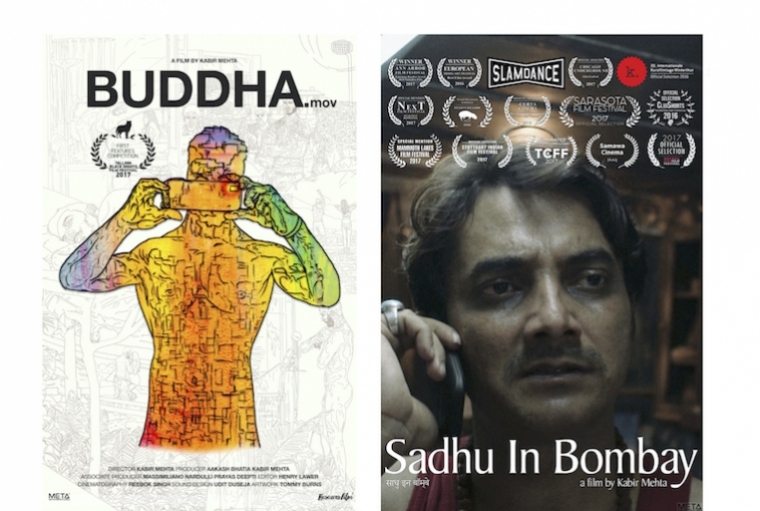 How have you been coping with the pandemic and what will be the new normal for you post it?
I find it difficult to foresee something like that. However I do feel like I constantly have to deal with a new normal. Let me explain. I have observed that human beings are quite malleable. 9/11 disrupted world travel overnight. iPhones replaced cable TVs in a fraction of the time it took us to invent a TV. Each of these events radically altered life, as we knew it. And yet everything feels normal. We’re already talking about recording memories, 3D printing body organs and privatising outer space, and the odds of me seeing that happen, before I die, are pretty high. Our future is ever changing. With or without a pandemic, our present condition will always be a new(er) normal.

Lastly, what’s next for you?
I need to finish the short. Take it to a sound-mix studio and a DI lab, all of which can only happen when the lockdown is lifted. I’m involved with an episodic series, about which I can’t reveal much yet, but we’re already in pre-production. I’m also in development on my next feature, which is much more of a traditional narrative. It’s a pulpy comedy, set in Gurgaon, spiked with virtual reality, cam-sex and sleazy ashrams. I have a lot of exciting stuff in the pipeline. Hopefully I can get back to work soon. 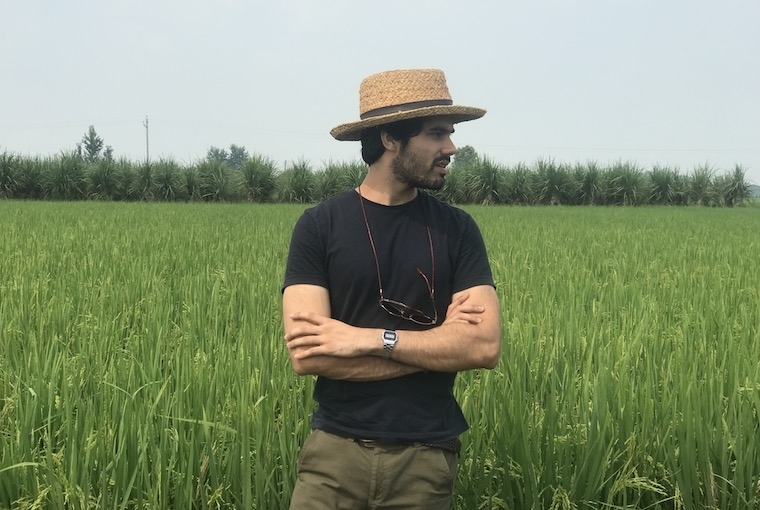