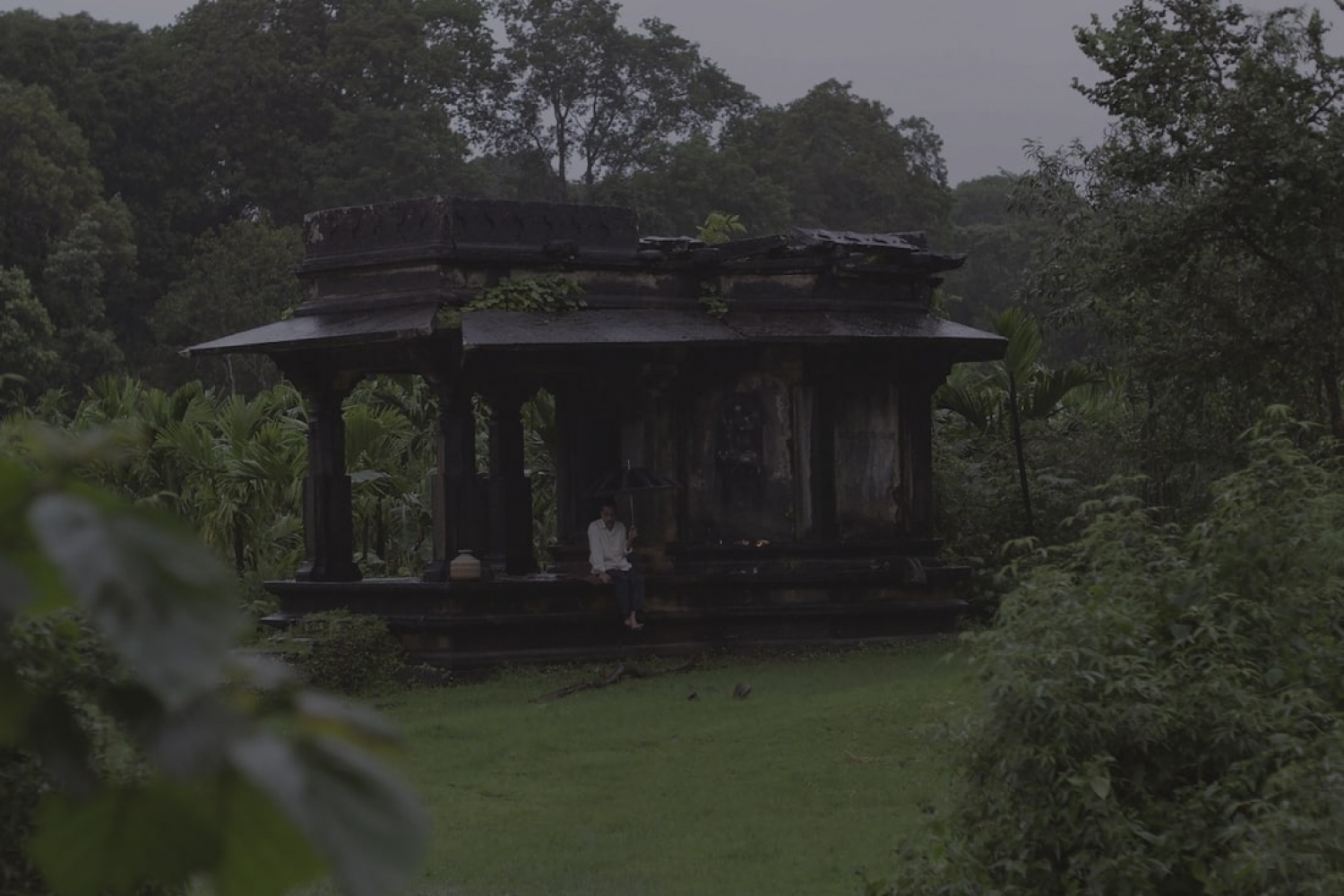 Natesh Hegde is a filmmaker who is extremely close to his roots. I say that because he still lives in Kottalli, in Karnataka, the small village in which he was born and is home to only ten families. For even better geographical understanding, he tells me that it is located in the Western Ghats of Karnataka. Academically, Natesh never studied filmmaking but writing was his escape from reality. He finished his graduation in science in a town nearby his village called Sirsi, and later pursued journalism at Karnataka University, Dharwad.

Natesh’s debut feature, Pedro, first got selected at FilmBazaar in 2020, before starting its illustrious festival journey — names that include Busan International Film Festival and BFI London Film Festival. The story of Pedro originated from his father’s and his personal experiences. It is a story about an electrician (played by his father) who commits a blunder that completely upturns his world. As for the treatment, Pedro is the kind of film where nothing seems to happen for the longest time. The frames are still, letting us observe the bounties of nature — dense, tall trees piercing the sky; thickly falling rain.

Below, the filmmaker lends us more insight into his debut feature film:

THE COMPOSITION
I love the line by great poet Kuvempu, “Nothing is important, nothing is insignificant.” I think it’s because of my village life, the rain, trees and roads become primary elements for me. The mood and tone of the film is created using the space, not just dramatic movements involving the characters. The sound of water meeting sodden earth, the muted rumble of a car bouncing along rutted roads. It is like this phenomenon called pathetic fallacy where the surrounding nature collides with the man’s emotion. In Pedro, the streets of Kottalli, trees and the stagnant river get life. Or, it is better to say that I got my story through them. And the characters in the film are very common people like us. You may say that the film is similar to my earlier shorts, Kurli and Distant. It is so entwined with the truth.

SCREENWRITING PROCESS
For Pedro I wrote a very brief script of like thirty pages. It was nothing actually, but I had already visualised the film in my mind. The origin of the story was something personal that happened with me and my father. That’s where the film stemmed from. I imagined the story as it is happening in the spaces like the bus stand, the road and the lake, et cetera. All these places are so familiar for me that they are like characters for me. They are also a playing part in the film.

REAL ACTORS
It happened when I was writing the film — I was convinced that the titular character will be played by my father. There were a lot of tough situations for both him and me. The script is made up of real and fictitious elements. The real ones were experienced by us, so only we knew the origins of the scenes. I must say that he was very brave. Also, I don’t think anyone would have played the character of Pedro better than him. Lots of people around the world showed love for this character and for his performance.

THE PRODUCER
Rishab Shetty is the producer of Pedro. He is already a household name in Karnataka through his directorial and acting ventures. He is the main reason for this film to happen and be presented how I imagined it. Nothing was modified. Mostly, he got moved by the story and the humane approach we took.

This article is an all exclusive from our November EZ. To read more such articles follow the link here.