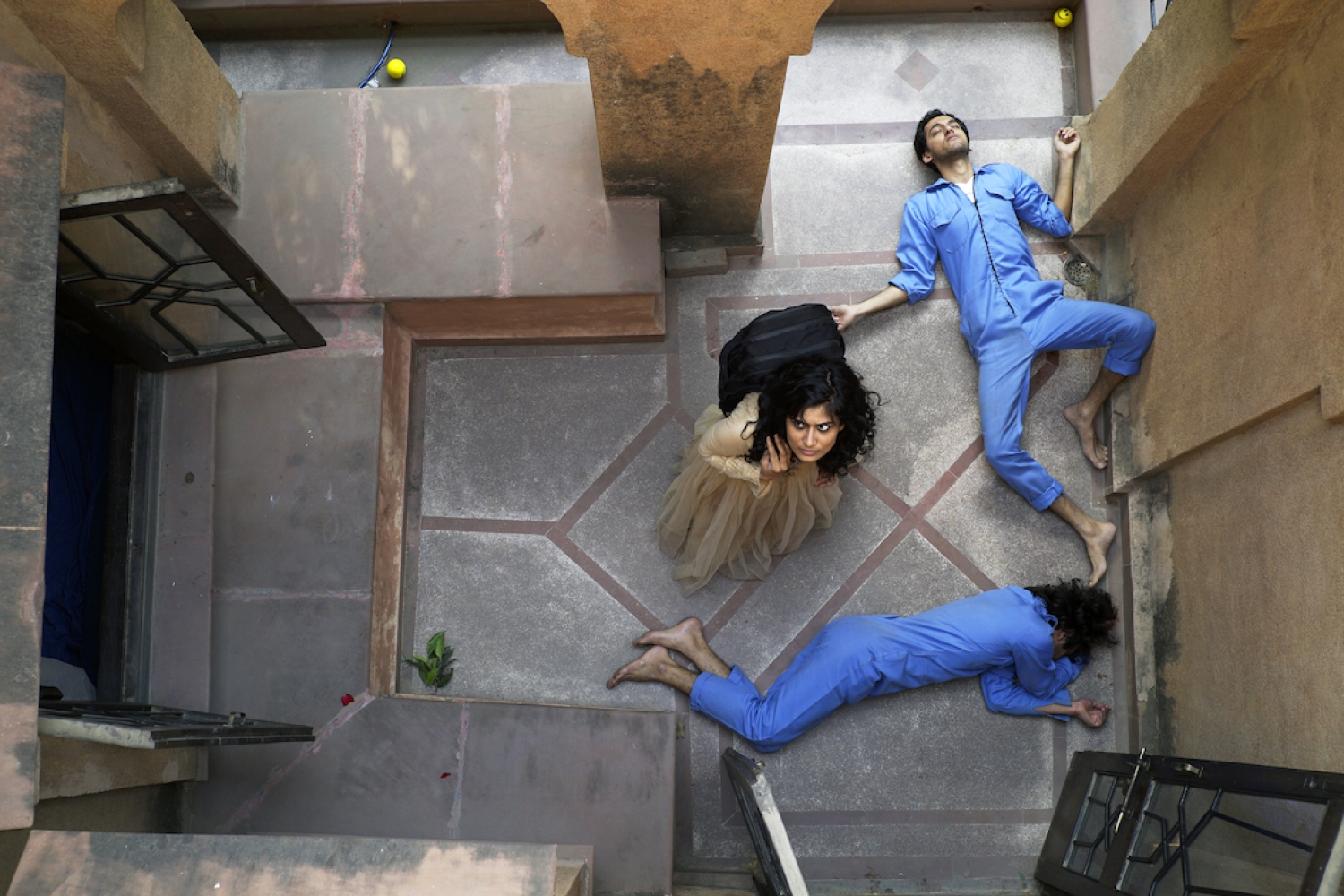 Nayantara Kotian, the co-founder of immersive storytelling company, Crow, endeavours to build fantastical, fictional worlds. ‘Our forte is immersion, interactivity, and play, and most of all, we aim to tell stories that encourage – and reward – curiosity. In terms of narrative, there is no one kind of story we tell at Crow. When left to our own devices, we do have an inclination towards magical realism, urban fairy tales, speculative fiction, and the like. Since 2018, we have also been collaborating with brands, and that pushes us in so many interesting new directions with our storytelling. I would like to think there is no story we cannot tell or mood or atmosphere we cannot create,’ she elaborates on her unique creative venture.

Below, she lets us in further on her journey from design to immersive theatre, the inception of Crow, their recent production showcase at Tata Lit Live Festival called The Word Hospital, and more.

Tell us a little bit about yourself and how you were led towards the world of design and storytelling?
As a child I was an insatiable reader. My father read out Tolkien to me when I was three, and that began my love for stories. I used to devour books, entire libraries, like there was no tomorrow. I still read like that, I’m not overly particular about what I read, I’m more in love with the act of reading itself. Stories of every kind fascinate me.

I am the product of two design schools and I’ve studied storytelling at both, Film at NID and Performance Design at Central Saint Martins in London. Design gave me a love for mediums and form — I’ve been fascinated by the relationship between audience and artwork all my life, and that is what finally led me to Crow. I began my career as a documentary filmmaker. My film, One Show Less, that I made as a student filmmaker at NID won several awards worldwide. It was on single screen cinemas shutting down in India and focused on this particular cinema hall, Usha Talkies, in Ahmedabad, that was on the verge of shutting down. Around seventeen years later, this film is astonishingly still travelling the globe. My mentor and guide at NID recently gave me perspective on it — he called it ‘a piece of living history’, that documented a turning point of Indian history. I then moved on to make a documentary on Amitabh Bachchan look-alikes in Bollywood, followed by a documentary on the Tibetan Olympics held in Dharamshala during the Beijing Olympics in 2007, which I produced and directed for Al Jazeera English. Each one of these films involved months of research into a rich and complex reality — one no less fascinating than any work of fiction.

How did immersive theatre arrive into your life?
I fell into theatre almost accidentally when my friends Kalki Koechlin and Prashant Prakash wrote a play, The Skeleton Woman, and were looking for a director. I had just finished The Other Olympics and wanted to take a break from non-fiction for a while. What followed was an eight-month long intensive rehearsal process which involved a massive boat in our producer Anurag Kashyap’s living room, a talking goose which I started having nightmares about, and on opening night, an extraordinary experience that was to change my life. For the first time, I encountered the dynamism of energy which flows between audience and performer during the live performance and… somehow I just couldn’t go back to directing film.

I’ve always had a fascination for spaces. At NID, I took up Exhibition Design (or Spatial Design) for a year and a half before transferring to Film. I worked in the theatre as a set designer and director for years, and finally set off to London to do a Master’s at Central Saint Martins. I was still looking for something but I didn’t know what it was till I found immersive theatre. Immersive theatre blew me away. It combined every one of my loves: spaces, stories, and above all, the agency of the audience within the work. I couldn’t get enough of it, so for the two years of my Master’s, I watched, learnt, worked, and created as much as I could. All of my experiences with stories and diverse mediums came together in a somewhat surreal way when I found myself creating a documentary on the fictional world of The Emporium At The Edge Of Certainty, a site-specific immersive experience that I created with Crow in 2018. 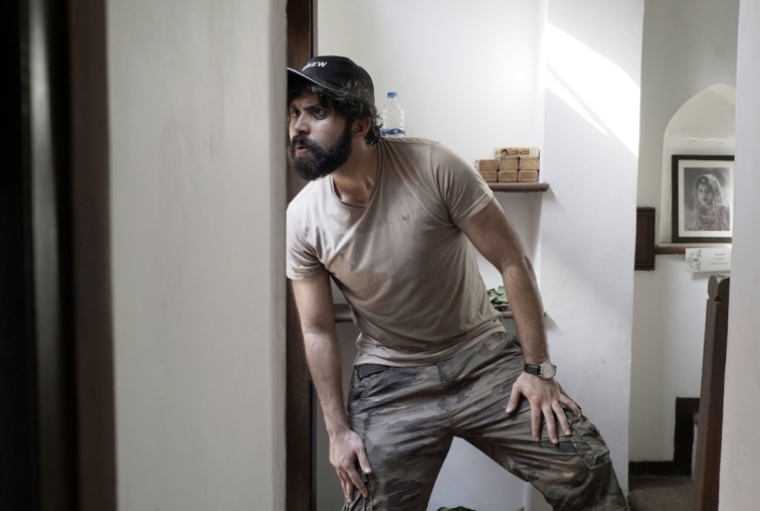 What is the origin story of Crow, and its name?
The co-founder of Crow, Prashant Prakash and I have been working together for over fifteen years now. When I moved back to India in 2014, my head full of immersive theatre and the company I wanted to start, the first person I spoke to was Prashant and he was all in. Prashant is a writer/actor and I am a designer/director, and when we first began Crow, we stuck to those more traditional roles. However, we found that our process evolved as we created shows to something more organic. Now I would call the two of us world-builders and liken our process to the construction of worlds, piece-by-piece, brick-by-brick.

Crows are incredibly smart, yet commonly found and quintessentially Indian. It looks great in type. We both make fabulous crow sounds. It was a name waiting for us. 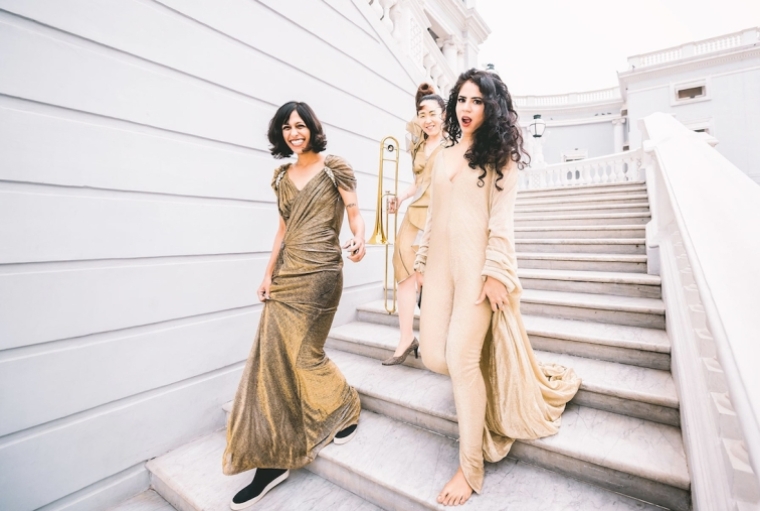 Could you break down for us the production you recently showcased at the Tata Lit Live Festival?
The Word Hospital is all Prashant. He does this thing when he goes really quiet for a long time and then comes up with these ideas that blow you away. That’s why he’s the Head of Dreaming at Crow. The Word Hospital is the last frontier for words that are dying, neglected, misused, and abused, words that have slipped out of people’s vocabularies. In our show, word doctors work round the clock to nurse their ailing patients back to health. Existing in a state of constant emergency, they enlist the help of volunteers — the audience — to accompany them on their rounds and get to know these patients. At the end of them, the audience is asked to help save the words in the only way possible — by taking the words into their daily lives and using them.

Everyone working on this piece is a lover of language. One of the joys for us has been the discovery of words that describe situations or things so ubiquitous, we sometimes wonder how we could have lived without them. As I write this interview this morning, just before catching my flight to Mumbai for The Word Hospital shows, my shower only spurts cold water at me, my laptop runs out of battery, the zipper on my suitcase refuses to shut. And lo and behold, there is a word for that. Resistentialism: the belief that inanimate objects demonstrate spiteful behaviour towards humans (especially when you need them the most!).

What kind of challenges have you faced with this venture?
The space does a lot of the talking in Crow’s work. Our aim is to transport our audiences into another world and to achieve that, our set design is a crucial component. Beyond that, Crow almost exclusively creates site-specific immersive work. Which means that the space dictates the narrative, and the show cannot be moved to another site once created. We spend months looking for a space, and then months creating a show specifically for that space. A Tall Tale, for example, is set in a tall, tower-like building in Hauz Khas Village and tells the story of an ambitious, living tower, with slightly deranged motives of its own. For The Emporium At The Edge Of Certainty, we took over a disused building and had to spend a couple of months restoring it before we could even start working in it.

However, The Word Hospital was different; it was conceived of, from the get-go, as a travelling show. We envisioned it as a field hospital that could exist anywhere, words and desks and the apparatus of the hospital almost magically appearing in the midst of any site, be it an abandoned mall, a chemistry lab, a haveli. We still believe it’s a beautiful idea, however, in reality, what we get offered are bland, featureless rooms with walls that we can’t paint or put nails into, rooms in which we can’t even change a light bulb sometimes. Without being able to create the right set, our work gets severely reduced in beauty and atmosphere. Budgets and spaces have always been our biggest challenges at Crow. On a lighter note, most of our audiences at The Word Hospital believe we have made up the words in the hospital. We have not. All the words are real and can be found in the unabridged Oxford English Dictionary. 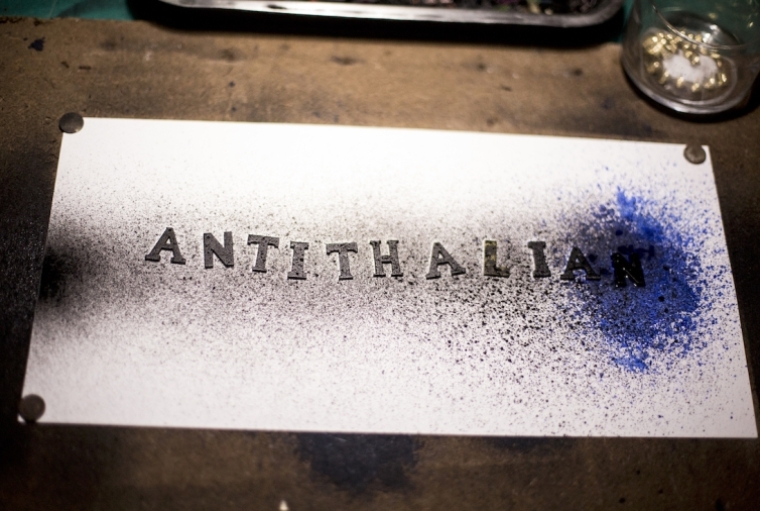 What do you intend the viewers to take away from your productions?
With our stories, we would like to fill our audiences with a sense of wonder, and give them new ways of looking at the world. We aim to empower our audiences with agency within our work. And above all, we want them to lose their inhibitions within our worlds, and give them room to play.

Lastly, what are you working on next?
This year we have started a new branch of Crow, called Crow Film, which is still under development. I can’t say much about this right now, but we will be exploring interactivity in film. We are also developing a city-wide AR experience, which is something we are very excited about.