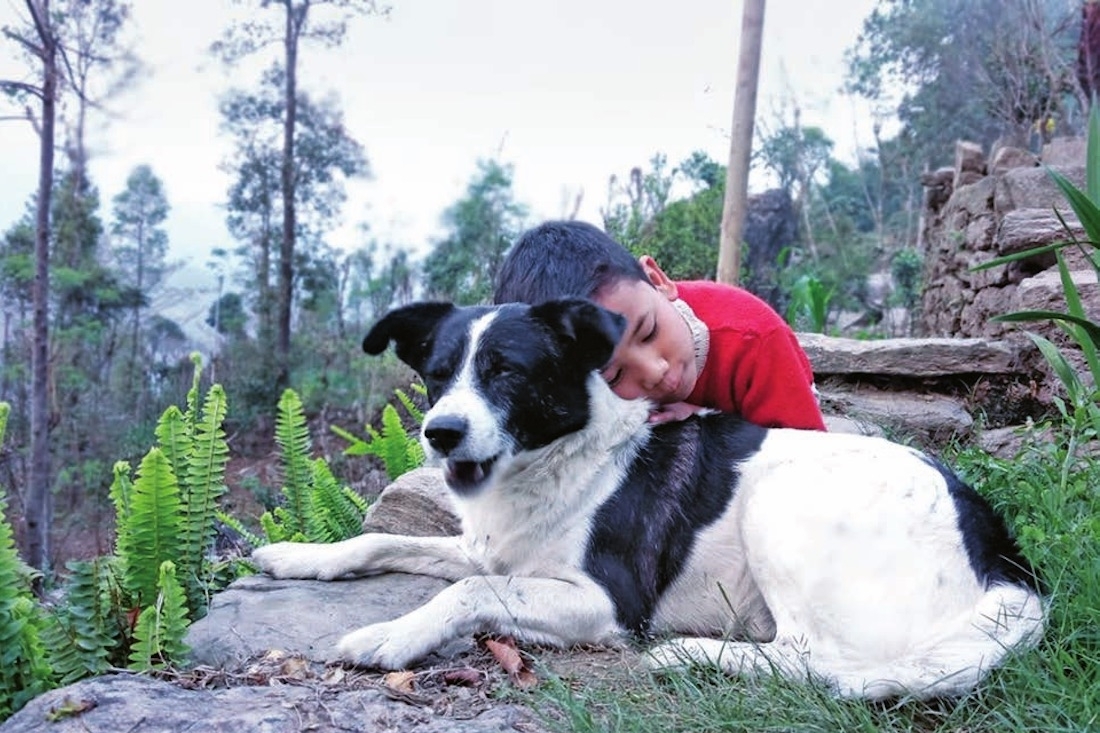 In his heartfelt Oscar acceptance speech this year, Bong Joon Ho, the genius behind the movie Parasite, quoted Martin Scorsese, ‘the most personal is the most creative’. I did not quite realise the intensity of this sentiment until I saw Saurav Rai’s debut feature film, ‘Nimtoh’ or ‘The Invitation’. Set in Saurav’s Darjeeling hometown, Bara Mangwa, ‘Nimtoh’ is a film steeped in his own experiences and memories. The film follows a ten year old boy, Tashi, living with his grandmother in a small room and the two of them helping their landlords by doing odd jobs on their farm. Their’s an enigmatic lyricism to the narrative that traces a short amount of time in this bucolic town, as the young boy finds himself excited about the wedding of his landlord’s urbane son and what ensues from his desperation for an invitation.

From the very first shot of the film in which Tashi hangs on a tree like a monkey, the film quite deeply immerses the viewer in its stark realism. There are myriad reasons behind why this authenticity is so impressively unembellished; firstly, memories in the same topography inspired Saurav, “The film is loosely based on a real life incident that happened during my own wedding day in 2016. A small boy from my neighbourhood got embroiled in an incident and people were quick to judge him as an accused, including my family members. It was deeply unsettling and I wanted to probe this gaze of judgment of a society in a remote village structure,” he says. Because it is so personal, its existence in the film strengthens the slice-of-life quality of the narrative.

Secondly, many of the cast members in the film are Saurav’s family members. “This film started as an experiment where we wanted to touch upon the surface, not get into psychoanalysis of the characters and yet make sense out of it. So, right from the casting, we knew we wanted to work with the real people involved in the actual incident. That’s how we ended up casting family members like my father, grand parents and even our pet dogs.” Getting them to act was certainly a challenge Saurav faced, but it adds to the authenticity of the film. “To get the whole village involved in the filming had its own share of fun and troubles,” he adds.

Lastly, even though the narrative is imbued with reality, the enigmatic lyricism that runs throughout the film exists because of the experimental process of filmmaking behind it. The film was essentially shot with no proper script. “There were days during filming, where we were clueless. Yet, we would construct situations and based on their outcomes, we would improvise a lot. It was a constant battle for the team as the cinematographer and the sound designer didn’t know what was to be filmed next. We took a lot of clues from our arguments, life experiences and supported each other.” This non-confined modus operandi has also lent the film an indescribable verisimilitude, often found in neo-realism inspired films.

There are many other interesting cinematic elements that make the film rather charming and unique. For a large part of the film, there is no background score. The film uses the many sounds one might hear, meandering through the picturesque town. Amidst the dulcet tones of wind rustling through the trees, birds singing, animals talking and vague voices of people far way, the harmony of provincial romanticism emerges. The topography, in ‘Nimtoh’, is shown to be a character in its own right. The cinematography in many scenes, uses a stationary camera depicting a wide shot of nature in all its breathtaking beauty, with the subjects of the film, almost inconspicuous until they start moving. However, these beautiful shots of scenic North-East India were not easy. “The geographical constraints of the terrains on which we were shooting limited us often,” he confesses.

Another intriguing quality of the film is the gaze. The camera is stationary, looking at events unfolding from almost a God-like perspective and it is only when the camera suddenly shifts to show Tashi is when one realises that the gaze, oper- ative in most of the film, is indeed Tashi’s own. The importance lies in the thematic concern of how the boy is constantly looking at his landlord’s house. Perhaps, he is envious of what they have. Perhaps, he is lonely. Even though the young child spends time in their household, working odd jobs on the farm, he is never truly a part of it. This longing for belonging subtly pervades the gaze of the young boy, giving way to the cinematic space we, as viewers, consume. It gives the film a tinge of calm melancholy, a kind of sadness perhaps we may have felt at some point in our lives, elevating the universal appeal of the film. 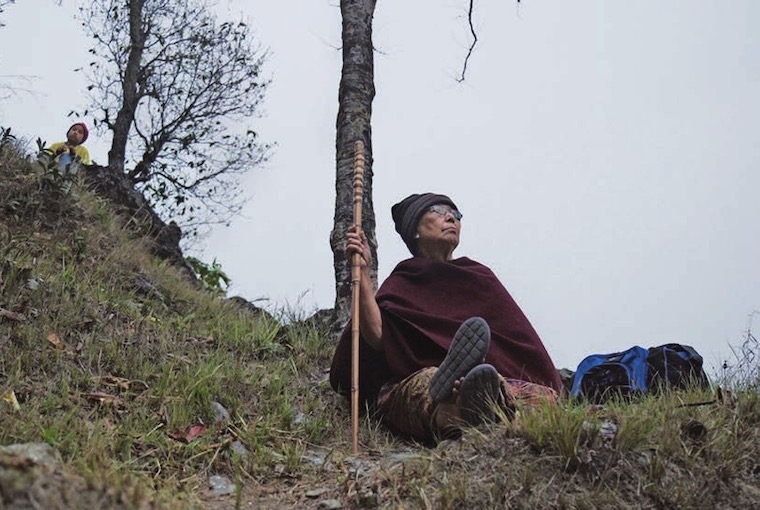 Saurav’s filmmaking sensibility lends itself completely to the sensitivity of this work, “Anything that has lifelike qualities, it may be a person, a particular moment or a slice of life, which triggers some emotions or thoughts inside me, helps me form a gaze and from that very gaze I guess, I derive my sensibilities.” A film that has had a profound impact on Saurav was Abbas Kiarostami’s Where’s My Friend’s House. This influence can be seen in his debut venture, both in terms of the young protagonist and in the visceral value of letting the mundane take centre stage.

The movie is also heartwarming in the interaction between the little boy and his old grandmother or in the peculiar friendship of the landlady and Tashi. Both have a hiding place for them to escape, deliciously breaking social bounds and strengthening their bonds with each other. The depiction of the small community and relationships shared are significant in making one realise that even in the simplest of environments, the complexity of human life thrives regardless. The film has been a part of some major film festivals this year, including the International Film Festival of Rotterdam. “We simply wanted the viewers to feel the space, experience the mundane and get themselves immersed in this slice of life from our part of the village,” says Saurav, who has been overwhelmed by the positive response. He has many ideas in the pipeline and we will be witness to more work by him soon, in line with the unique sensibility behind ‘Nimtoh’.


This is an all exclusive from our November Bookazine. To read more, grab your copy here.