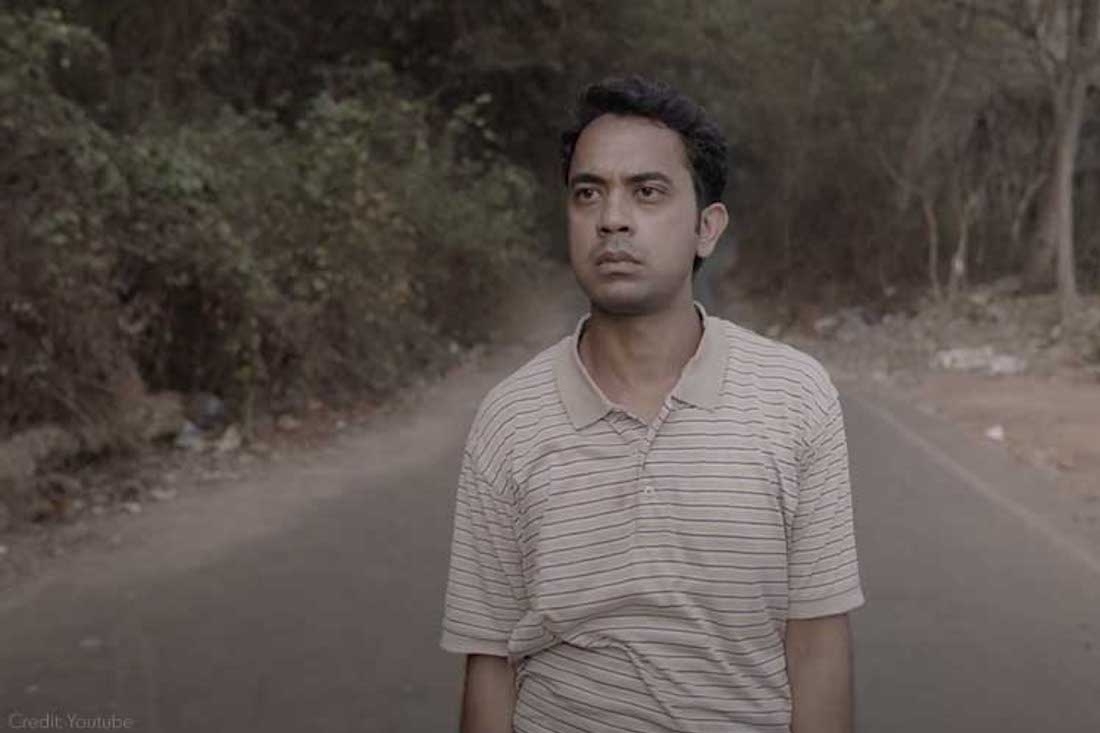 The symbiotic relationship between films and culture is such that they can never be mutually exclusive. Amusingly, short films have the ability to capture and present the narrative of this reality in the most succinct manner. Weaving entire stories within mere minutes, these films leave the audience with much food for thought. Hence we present a Platform edit of short films that definitely deserve your attention.

Canvas
Loss, very often is but a singular moment, whereas grieving is never a linear process. This nine minutes short film by Frank E. Abney III explores the many shades and hues of grief. The story traces aspects of life after death through the lives of those left behind. Here, the death of a dear one upsets the life of a painter, who finds himself unable to create after the loss of his muse. Acceptance never comes easy and through the course of the film, the painter’s granddaughter unknowingly reminds him why it is important to carry on. In times of distress, it is easy to forget all that you have and all that is yet to come. And so, the granddaughter becomes for the grandfather, a symbol of hope and love.

It is strange how the best and happiest of times can cause the greatest pain. Memories can become so suddenly gravesites which no one dares visit. The film opens with a shot of a man painting a portrait of a woman by the tree and it ends with the same shot, only now in the form of a memory. The circular narrative of grief is tightly wound as the man finds the strength to carry on in the very same memory, that he for so long tried to suppress. He finds his liberation in his art, as he recognises the need to move forward and rebuild, thereby honouring his love, and in the process, even himself.

Where to stream Netflix

If Anything Happens I Love You
Beginning with a depiction of a couple’s strained marriage, this twelve minutes short film by Michael Govier and Will McCormack slowly eases the viewer into the story. Bound by silence and the absence of communication, each individual in the film is isolated within their own grief. An old record player, a t-shirt and a stain on the wall become the scattered and fragmented pieces, that layer the story of a loss, which the couple is still trying to navigate.

The filmmakers use the shadows of the couple to tell a different narrative. They show that even if they want to reach out to the other they can’t, for their loss has created a deep chasm. The movie is a simple yet profound commentary on the trauma of a school shooting, as children become victims of a tragedy. The yearning and longing of the parents to try and change the past is shown in this black and white 2D animation movie, which is interrupted with colour only when memories of their daughter surface. Strangely enough, this common feeling of helplessness that both the parents feel fails to unite them. Scenes and images of the lives of people forever changed merge into and flow from each other in this beautiful animation, as they traverse the unchartered and unfamiliar territory of a loss no one should have to face.

Where to stream Netflix 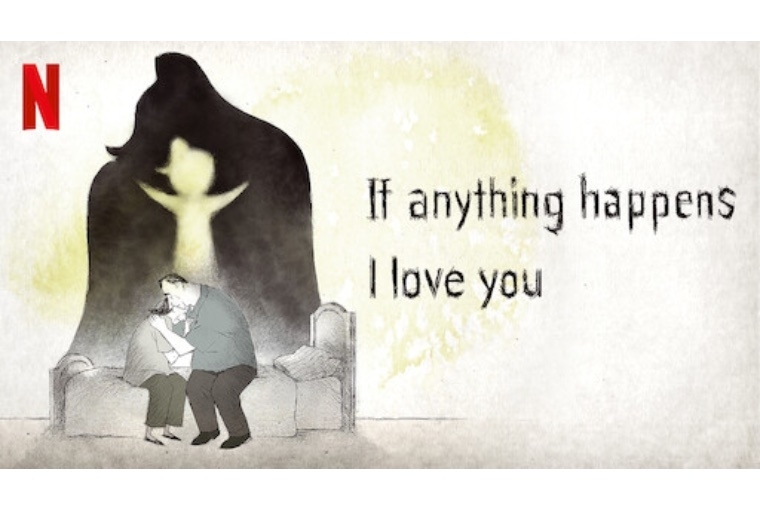 The Paper Boy
In the peak of winter sleeps a young boy by the edge of the ghat, warmed only by a barely-lit sigdi. Here, Aniket Mitra sets his story of a boy, barely 10 years of age, dreaming his days through the by-lanes of Old Calcutta. The ringing of a cycle bell stirs the boy from his slumber every single day, as a pile of newspapers is dropped in front of him, which sets the day’s tasks before him. In a fast paced ever-changing world, the black and white dialogue-less motion picture slows down time. It takes the viewer through a day in an orphaned boy’s life, as he struggles to survive, and find his own brand of joy in the celebrated City of Joy.

A patterned and painted pair of shoes is what the boy finds to be synonymous with his dreams. Hidden in a trunk full of lost-and-found treasures, the too-big-to-fit pair of shoes, sans laces, become the boy’s most cherished possession. With a repeated focus on his tattered clothes and worn out slippers, the juxtaposition of the brightly painted shoes — visible even in a black and white film — tells the story of two starkly different worlds. The film takes us through a journey in mere 15 minutes, as the notion of a lost childhood is explored. The city remains complacent to the plight of children living at the edge of survival, and these children dream of being at the receiving end of small mercies. The hope the paper boy carries within himself is visible in his beaming eyes, which makes the film all the more alluring, and even heart-wrenching. The background score is beautifully haunting, as it reminisces Satyajit Ray’s works and enriches the film that much more. Trying to bring the two worlds of hope and reality together, the young boy wakes up with dreams on his feet.

Where to stream Disney+ Hotstar

405
The film spans a day in the life of an ordinary man, going about his day ordinarily. Nothing raises suspicion as the film plays out the day exactly as it is; time drones on and the drudgery of middle class living is highlighted. A man waits for a bus. A man smokes a cigarette. A man watches a movie. A man goes for a swim. A man man visits the barber. The only breaks in this continuation of undifferentiated time seems to be when the camera shifts its focus to a yellow flower amidst the mechanical chattering of strangers on an old and tattered bus. Or when the unnamed middle class average man lies naked on some rocks, breathing in the sun. Paradoxically opposite images may abound, still the man remains as is. Quiet, motionless, expressionless.

The film traces the stillness of time for a man who seems to be living life blindfolded, until the very end. A shift, however, takes place. The man is no longer your average middle class citizen, bored with the drudgery of the daily. This ordinariness for him is his escape. We are finally let into the mental landscape of the man, which puts the entire day into perspective. Out on parole, prisoner 405 tries his level best to occupy space out in the world, space which he is not allowed inside his cell. The waiting, the inanity of the everyday is the very thing which he craves. Perhaps he spends his day out doing what any ordinary man would do. For he knows he is not afforded the luxuries of the bourgeoisie. His expressions then retrospectively speak volumes. He lives the same day over and over again, each time on parole. Each time collecting snippets of this treasured banality. And so his briefcase is filled with movie tickets, sea shells, a wallet, a key, an old photo and the hope of a time unrestricted.

Where to stream Mubi 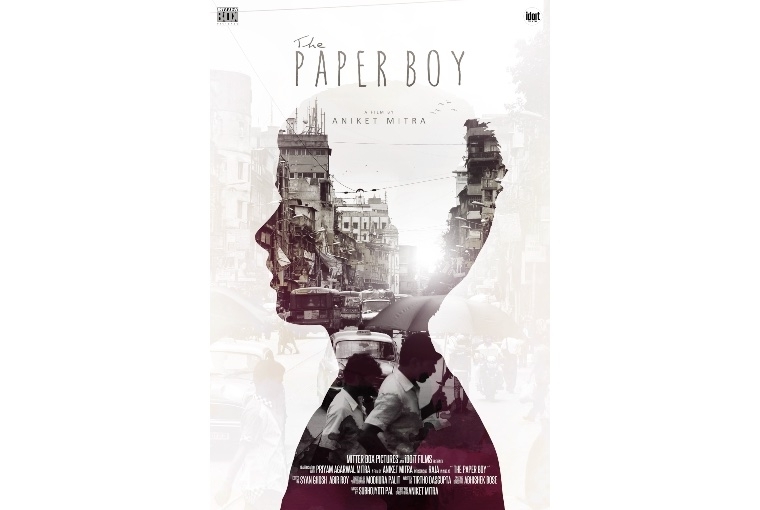 The Silent Child
Language gives our world meaning. Caught in the midst of unintelligible signifiers and signified, a deaf four-year-old child lives her life silently. Having no medium to express herself, the frustrations of the child can be acutely felt through the screen. Libby is born to parents who want the best for their children, but are unable to identify the correct path to that aim.

The film, directed by Rachel Shenton and Chris Overton, explores the struggles of differently abled families trying to navigate new and uncharted territory. Libby is only able to create her own meaning once she learns sign language through her social worker Joanne. Joanne recognises Libby as an entirely ‘normal’ child, who simply requires different aids to learn and grow. Libby’s isolation is lifted when she is introduced to the medium of sign language, through which she is finally able to make sense of the world around her. Hardly the shy and reserved child her parents make her out to be, Libby’s story unfolds as she learns to express her bright, creative and humorous mind. The film seeks to present deafness for the ‘lonely disability’ as it is. In an attempt to establish the completely avoidable struggles of the deaf community, the film explains that ‘over 78% of deaf children attend mainstream school with no specialist support in place.’ The normalisation of difference is a dire need, for it is only through the acceptance of, and the availability of aid for diversity, that we may evolve to be a better society.