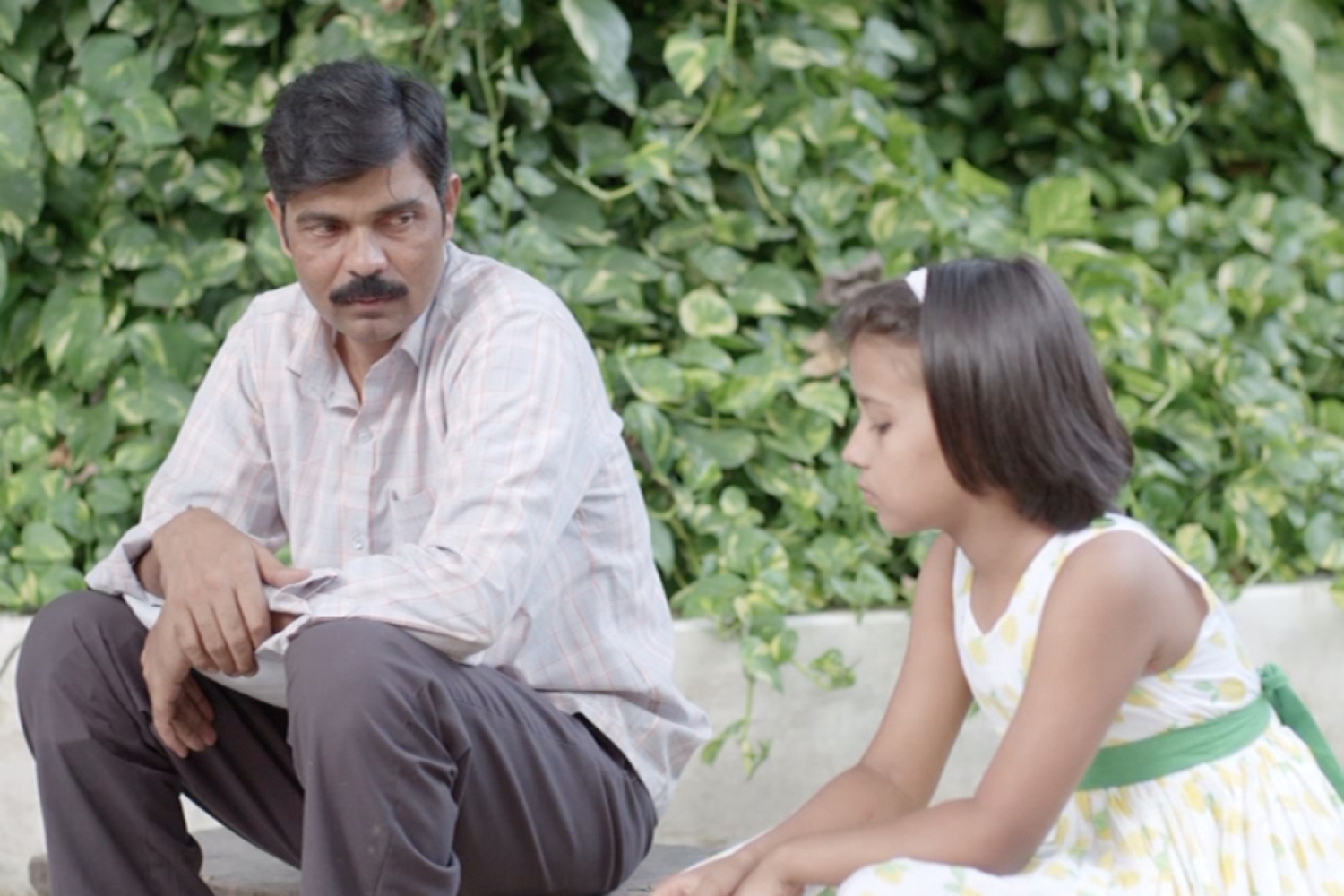 For debut filmmaker Irfana Majumdar, her first feature film, Shankar’s Fairies, is a very personal one. Firstly, the core team of the film includes her mother, Nita Kumar (writer, producer, and production designer of the film) and husband, Gaurav Saini (associate and casting director, actor). She herself has made her acting debut in the film with a prominent role, which is based on her grandmother. Finally, the film itself is inspired by her mother’s childhood memories and is shot in her maternal grandparents’ ancestral home. The filmmaker’s intimacy with the film was thus a significant guiding factor in its conception and creation. However, the film reflects not just this intimacy, but an exploration of many other social issues. While the film showcases Shankar, a village man in 1962 Lucknow, with a gift for storytelling, helping bring up a police officer's daughter while far away from his own family; through the microcosm of this home, the macrocosm of a society that is class-bound and exploitative becomes more apparent.

As the film premieres at the ongoing Locarno Film Festival, we connected with the filmmaker, who tells us more about herself and the film below:

The Filmmaker
I am not really a filmmaker. I have made documentaries in the past, but it has been quite a few years since then. I made them partly because I really liked the medium and it was connected to the other work I was doing. I am primarily a theatre artist — director, performer and teacher. But at the same time, I really do like the medium of film. I had always planned to make a feature film at some point because many aspects of the medium appeal to me. It is just that I have no formal training and it wasn’t something I was working towards continuously. This particular film, Shankar’s Fairies, happened because of a combination of many factors.

The Film
Personal circumstances inspired this film. My maternal grandmother’s death in 2016 led to the fact that her house was going to be sold. It was an ancestral house and my maternal grandparents had been living in it for the past 30-40 years. They had lived in such houses all their lives, and my mother had grown up in such a house with a person like Shankar’s character from the film. So before all the marks of it were erased, my mother suggested that we make a film in the house. 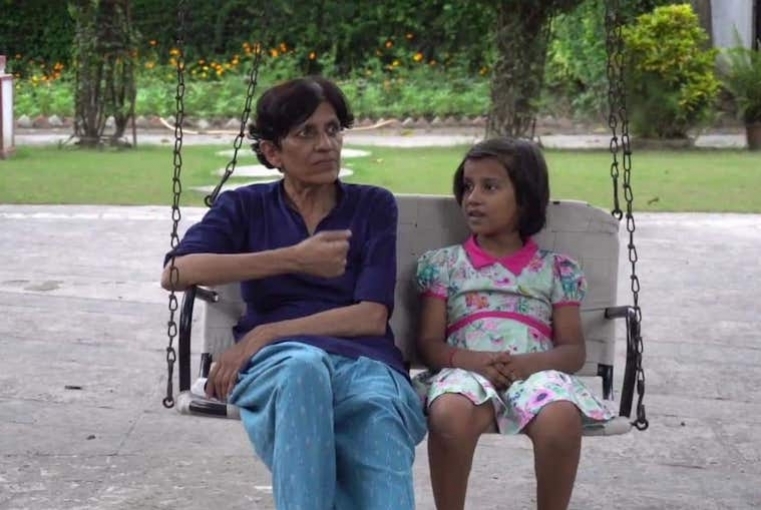 The Creative Process
The process was in a way not very different from the process I follow in my theatre practice. We began with the script. My mother wrote a story, and then she began converting that prose into a script. She constructed the film as a set of scenes initially. Each memory of hers was translated into one scene or a collection of scenes. Then, the three of us, my mother, my husband — who is also my associate director — and I, worked on the script further. We discussed the sequence, the reasons behind each scene, the themes, all of which became the main core of building the film and figuring out the ideas behind it.

As the final screenplay was being made, we were also doing most of the pre-production work in Lucknow, like fixing the house up and training with the actors. The latter was a very important part of making the film. The actor playing Shankar actually lived with us for three months. The little girl who plays Anjana in the film is from Lucknow, so she would spend the whole day with us often. So we would work together on lots of different acting exercises, making the actors comfortable with the space and helping them build a relationship with each other.

Then there was the shoot, which was just a whirlwind. However, the editing was very long and time-consuming process. We took a really long route because the film was shot win 2016. First, I edited a version of the film, which was only in 2019. So we took a two-year-break and then went back to it. After that, when we were in the WIP lab at Film Bazaar, we worked with another editor because we got a small grant. But then the pandemic happened and he was from Germany, so he had to go back. So I made another cut of the film because I felt like I had been away from it for a while. And then, finally, we worked with our current editor Tanushree Das, and the final version of the film was made. So the editing in a way was like going back to the scripting. We went back to what each of the scenes meant and we recreated the whole sequence again. So it is not exactly the way the screenplay was. We felt free to change around many aspects of it. Just like in theatre I do devised work and we construct stories, it was actually very similar to that process.

The Acting
The character I play is actually inspired by my grandmother and it was already a thought, as the screenplay was being made, that maybe I could play this character. To me, it is a very interesting character. This young woman, in 1962, who is running an entire household after getting married when she was only 16, and has two children already. She is approximately my age when I acted her role. So, trying to figure out what this person was like and what she was thinking, while it was someone I knew much later in life, was challenging and interesting. I knew her post her fifties and it was very difficult for me to see into her mind during a time I didn’t know her. 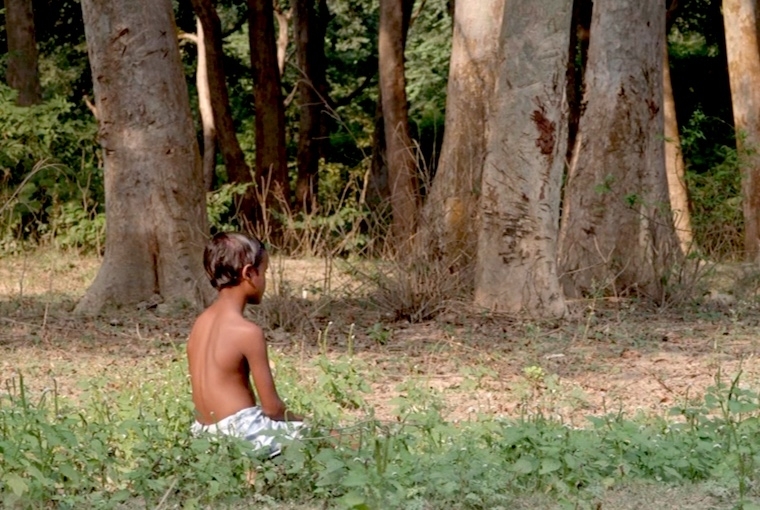 The Hope
Well I always hope, whenever I make something, that people watching it find something that they connect to personally, either consciously and in a very overt away or subconsciously. This might be very different for each audience member. I want people to be moved in a very personal way by some aspect of the story. Even if they are not really able to articulate it.

The Future
During the pandemic, we began creating a forest in this piece of land we had. So that has become very important to me. I am working on a new theatre piece, a solo performance. Maybe a duet performance with my husband, I am not sure but we are working in conjunction with each other right now. We are also working on a new film. The three of us, my mother, husband and I, we want to continue working as a team. My mother is writing a script and we are discussing it, which has its own time frame. 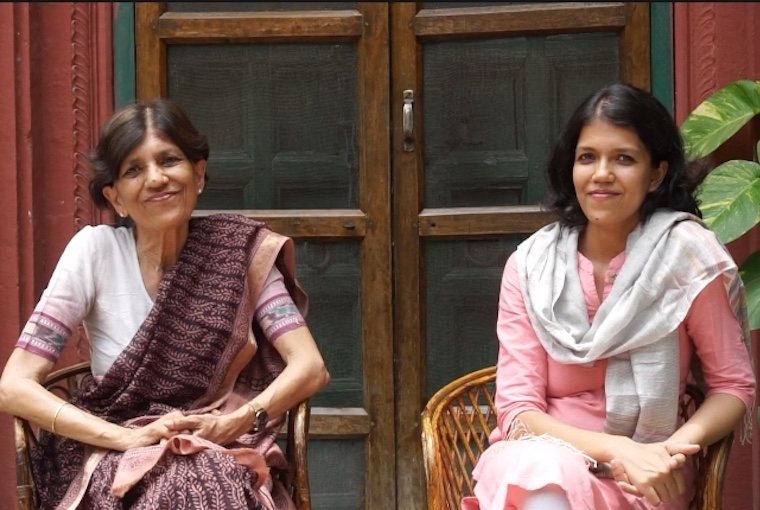 Irfana with her mom Gita