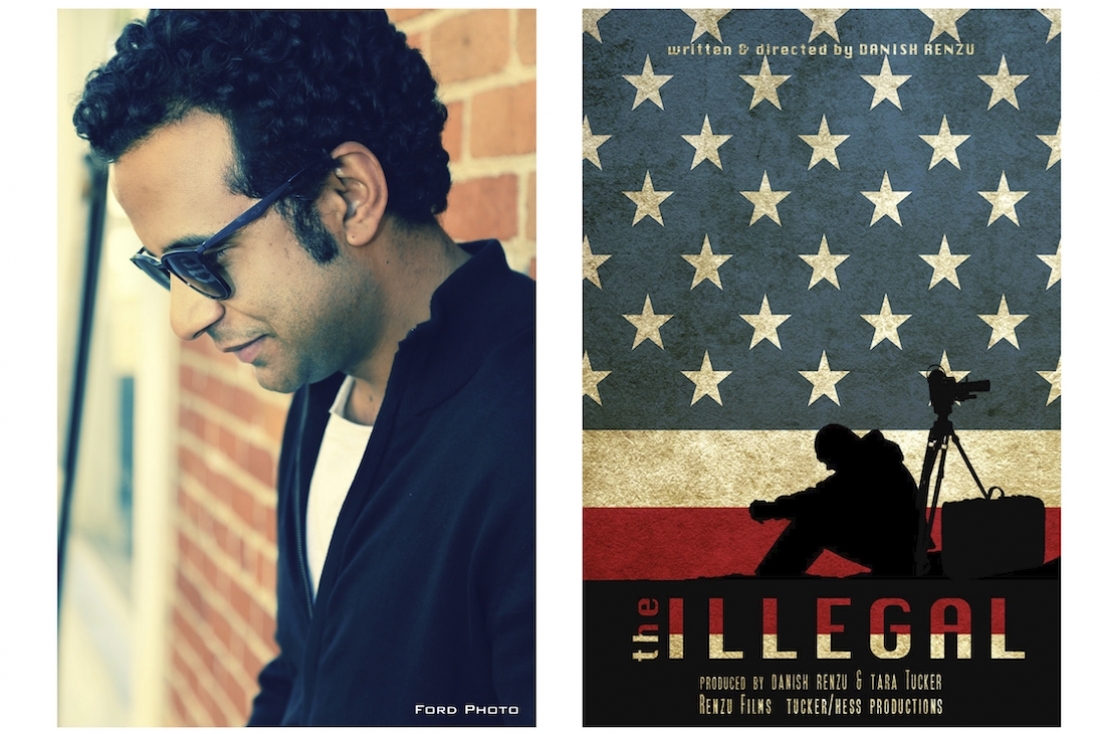 The Illegal is a gritty story about a young film school student from middle-class India who is forced to drop out to support his family while staying in the United States as an undocumented worker. Danish Renzu has masterfully managed to portray the life of an ambitious young man, bogged down by the cost of pursuing the American Dream. There are no cliches in Danish’s film, only hard hitting scenes that beautifully capture the realities of living as an undocumented worker in America. With a stellar cast, which includes the likes of Suraj Sharma and Adil Hussain, and stunning cinematography, Danish’s film is an urgent reminder to not generalise the undocumented workers in America as a collective mass but to pay attention their individual stories and sufferings.

We got in touch with the director to know more about the film. Excerpts from our conversation follow.

What led you towards filmmaking and how would you describe your filmmaking sensibility?
Born in Kashmir, the beautiful valley of love faced with a lifelong tragedy, I didn't get many opportunities to play outdoors. Hence as a child I took up the hobby of watching movies. Soon I was making movies starring my sisters and cousins. This hobby turned into a lifelong passion and love for storytelling. I moved to Los Angeles at the age of 18 to pursue a degree in Electrical Engineering, and Film Directing & Screenwriting certification at UCLA.

The whole idea of transforming text to celluloid fascinated me. I remember getting appreciated by my friends and families on what I used to create gave me real joy. It was the passion that kept me going and I’m still very passionate about it. Inspiration mostly came from watching movies especially Majid Majidi films. I love the simplicity in his story telling methods and related to his world of cinema which I thought was achievable in Kashmir as well.Since there is no concept of taking filmmaking as a career in Kashmir, obviously, Engineering was the right path to go and like many others I pursued it as well. My life changed when I moved to America in 2005. It’s then when I realized what I want to do in life and what makes me happy. 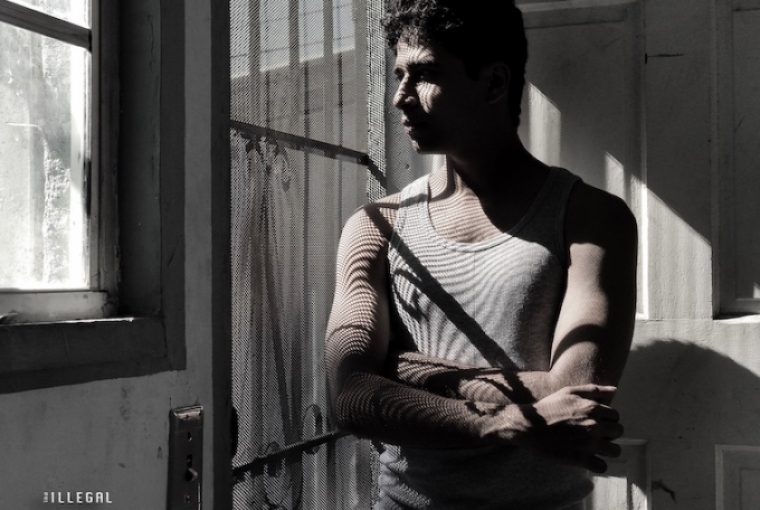 Films and filmmakers that have influenced your work the most?
Kieslowski is a huge inspiration. His feature Double Life of Veronique is a film school of its own and I watch this film every time before I start a new venture. Even his 3 Colors trilogy is art at it's the best form. I also love the extra- ordinariness in the ordinary lives of Majid Majid's characters. I love Hany Abbu Assad's work. Omar is terrific. Woody Allen, Kenneth Lonergan and Steven Spielberg are some of the directors I look up to.

What inspired the making of The Illegal?
Coming from a very small town in Kashmir, I always wanted to live that American dream and fortunately at a very young age, I packed my bags and went to the States by myself to pursue it. The thought itself of coming to America always excited me. For me the American Dream was what we see in the movies, the success stories; the sci-fi larger than life Hollywood movies and the diversity, we all know and dream of. But only once I experienced it, I realized there was a lot more to it.

The Illegal is my take on an immigrant's journey in the United States. The American Dream that people dream of is not only about the glitter and glamor, but there is also a lot more to it. There are immigrants who have sacrificed their dreams to take care of their families back home. People who have lost their legal status can't just be labeled as illegals, there has a face and they have untold stories. This film celebrates one of those immigrants' journeys who is an unsung hero and gives a face to an illegal immigrant.  And that's the crux of this story. The Illegal is a film about the struggles and sacrifices immigrants make on their way towards their American dream. But it also empathizes with this plight and puts you in their shoes through my protagonist's journey.

Could you take us behind your creative process of scriptwriting and shooting of the film?
This was the first script I wrote sometime in 2012-2013 at UCLA Writers Program and it’s shocking how relevant the film is even now when it was written years ago. Once we had this draft ready, it took us 3 months to come to a production ready version of the script - which involved collaboration with not just my producer but also line producer, actors and cinematography. A lot changes took place based on the total budget we had and locations we were able to accommodate. So even during production script went through changes. It never gets to a shooting script as even a lot changes during shooting and editing as well. But protagonist story and journey was something I had clearly defined and the crux of the story never changed. 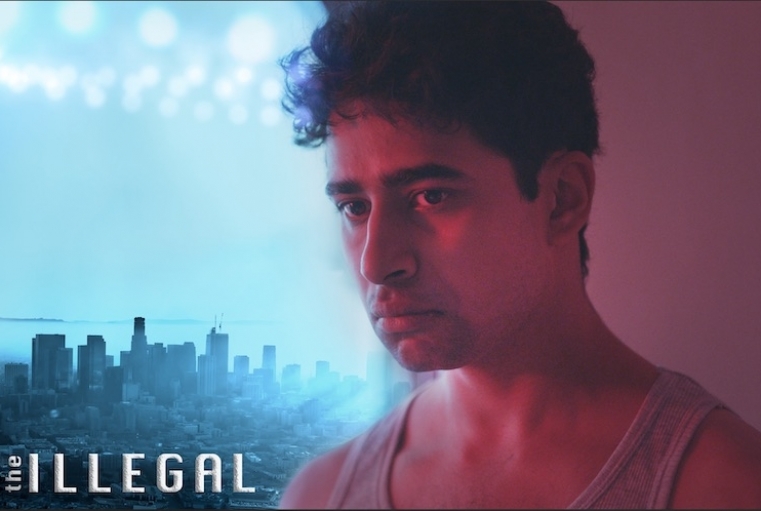 What were some of the challenging aspects of making this film?
I think we had limited resources and very less number of days to get this together. We literally shot this is in 21 days in States and 3 days in India, so it was a very tight schedule. But with the help of such a great team, we were able to capture our coverage. As they say, it takes a village to make a film.

I personally found it very interesting that this movie very rarely speaks of the legal institutions that haunt the lives of undocumented people the most in the US. Was this intentional? If so, why?
Yes, the film through my protagonist Hassan gives a face to the illegal immigrants and showcases their plight and sacrifices.  It's the central theme of the film. We live Hassan’s journey as a dreamer who ends up becoming an undocumented worker, and the audience will only empathize with the choices he makes instead of judging them. That's why this film is so important.  One must refrain from using labels or biased representations of people based on their ethnicity, religion or color. The Illegal makes you hear these untold stories. Also, I think illegal label is usually used for specific set of ethnicity which is highly cliched. This film shows an Indian immigrants journey which is rarely shown before. The film also moves away from cliches and labels, and gives these immigrants a face and story.

The actors have done a phenomenal job in this film. Could you tell us more about the process of casting?
I think I've been blessed to have worked with such great actors. Both my features were produced in a very fast-paced setup where we had no time for rehearsals or script sittings because of budget constraints. But I really believe a good script with great casting would always lead to good performances. Casting is directing so that's the other aspect I'm very involved in. Onset, we follow the text but I'm very open to improvisation, and with such naturally talented actors things become easier. For Half Widow though, I did cast a lot of non-actors, but the basic principle was to connect with the character personally and deliver lines as you' deliver in real life, even if that involved changing dialogues, I was very open to that. One must go with the flow and be open to collaboration with the actors. 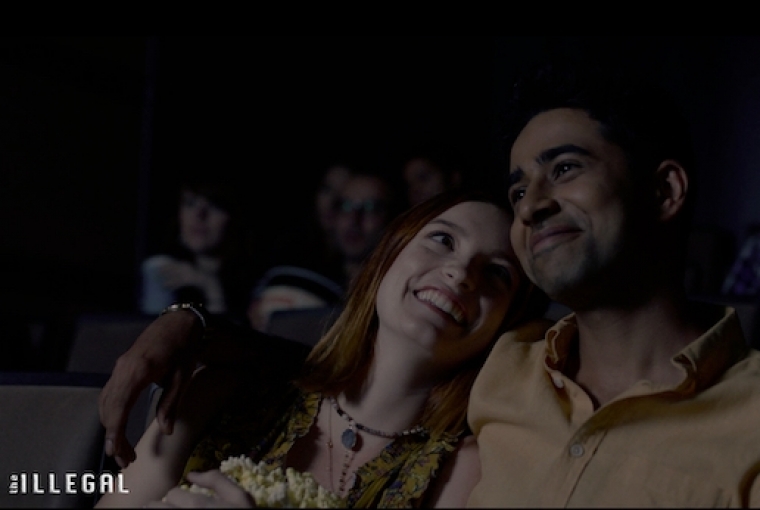 What do you hope the viewers take away from this film?
From leaving home in search of opportunity and prosperity to having to hide who you are, these stories of immigrants illuminate the trials and tribulations of the journey to the American dream. We all have two Americas, the one we live in, and the one we construct through pop culture, music, movies, and so on. That’s a very classic theme, of America being a myth and a dream. The Illegal is a film on immigration, country-city contrasts and youthful dreams of the future told through an Indian immigrant Hassan who comes to America to become a filmmaker. It follows the journey of Hassan, an Indian student who moves to Los Angeles to attend college and pursue his filmmaking dreams. Because of circumstances beyond his control, he is forced to drop out of school and get a job, becoming an undocumented worker.

I wanted to tell this story as a way for the audience to put themselves in the characters’ shoes and to recognize that illegal immigrants each have an individual story that we can relate to and showcase amusing misconceptions and common stereotypes. Behind the playful humor is a story rooted in the immigrant journey, the painful truths that can reveal themselves on the way and the motivations that drive it despite its difficulties is the crux of the story. I want to humanize the plight of immigrants, and depict a country where people from various ethnicities come together and share similar stories in common. There is no difference, we’re all connected through the common thread of love and humanity if we look at a bigger picture and outside of ourselves. The film is about a dreamer, a young man who just wanted to be a filmmaker, who can hear the music in his head, who’s inspired, who can write, who can sing, who can dance. The story is about all the dreamers and telling them it’s not easy to make your dreams come true, it’s difficult, it comes with obstacles and obstacles and obstacles, but at the end, it’s all worth it if you are passionate and you never give up.

Although the story of immigrants and their journey in the States is interesting, what interested me most were the success stories,where people even after going through obstacles and tribulations never lose hope, and keep working towards their dream irrespective of the circumstances.

Lastly, what’s next?
I have few scripts lined up. Pashmina is the one we were supposed to start this year. It’s a three story anthology film set in Kashmir. I’m also writing a film set in San Francisco that deal with “me too” movement and touches upon mental illness.