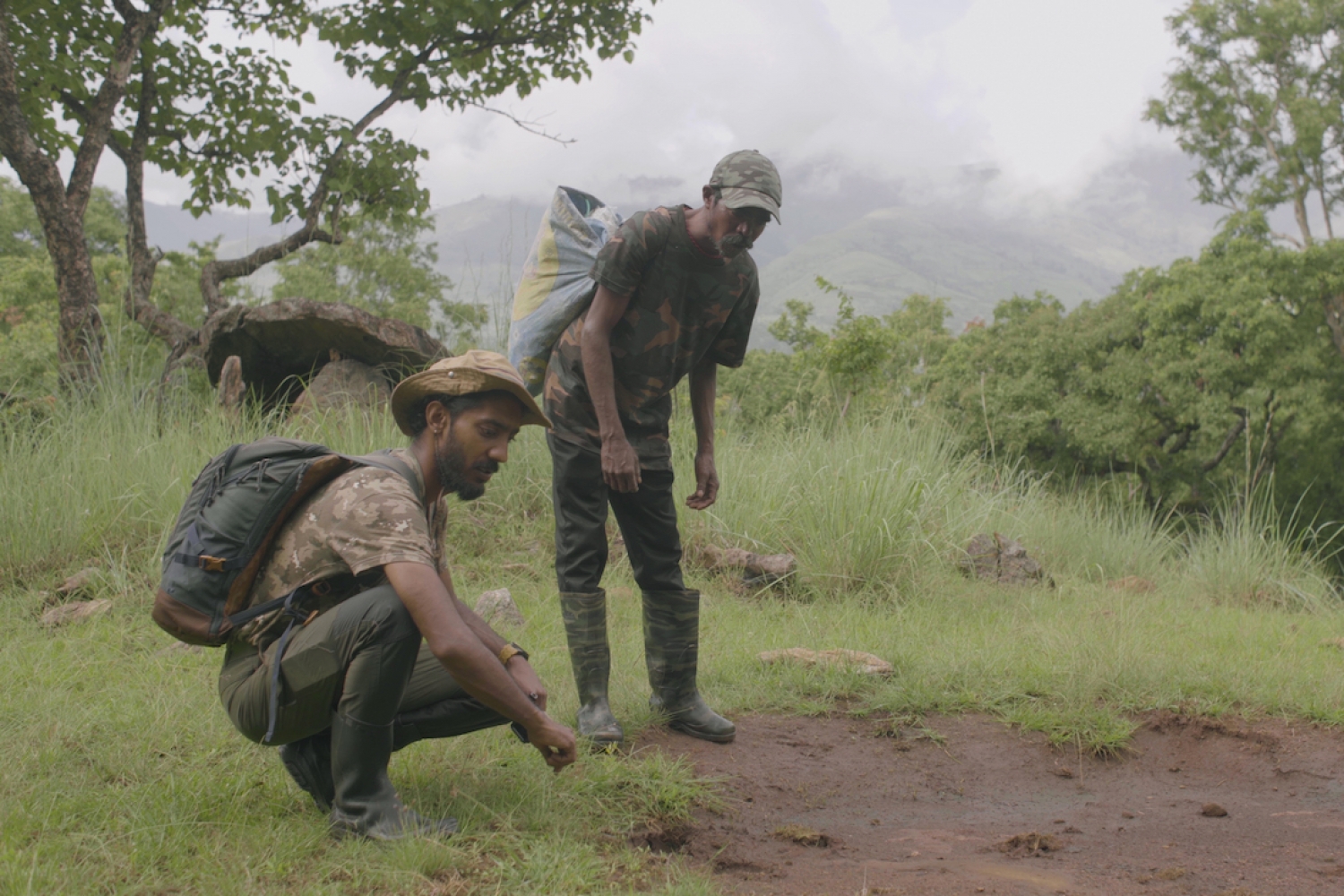 There is an obvious complacence that accompanies city-life and urbanisation. As filmmaker Bharat Mirle rightly puts it, “Coming from the city, we are accustomed to a veryapp-driven ecosystem when everything is at our fingertips — food, help, couriers and we tend to take it for granted”. So, in his debut, feature-length film, ‘The Road to Kuthriyar’, he ventures away from civilisation and into the forests of the Kodaikanal Wildlife Sanctuary in Tamil Nadu. There, his protagonist Dhruv, is tasked with conducting a mammal survey of the six hundred-square-kilometre forest area. Wisely, the film — an exceptional exercise in movement and exploration — opens with the simple shot of a moving road, highlighting the depth and intensity behind the successive shots of the film and the title.

‘The Road to Kuthriyar’ is perhaps one of the best docu-fictions made in India. Reality and fiction collide, often seamlessly. “For the longest time, I had been discussing with my father, the possibility of making a docu-fiction film in India on a shoestring budget. The idea was to make something that drew heavily from its surroundings — the sets and actors. Through a series of events involving my cinematographer Mithun Bhat, I travelled to Kodaikanal to explore the possibility of making a documentary on Dhruv. The task he had undertaken was tremendous — a mammal survey of the entire Kodaikanal Wildlife Sanctuary with just a compass and a GPS device — it certainly warranted some exploration. This also led to my first meeting with Dorai — the tribesman that Dhruv had hired to guide him through the forest and this eventually turned into the work of docu-fiction that I had been looking to make,” explains Bharat. 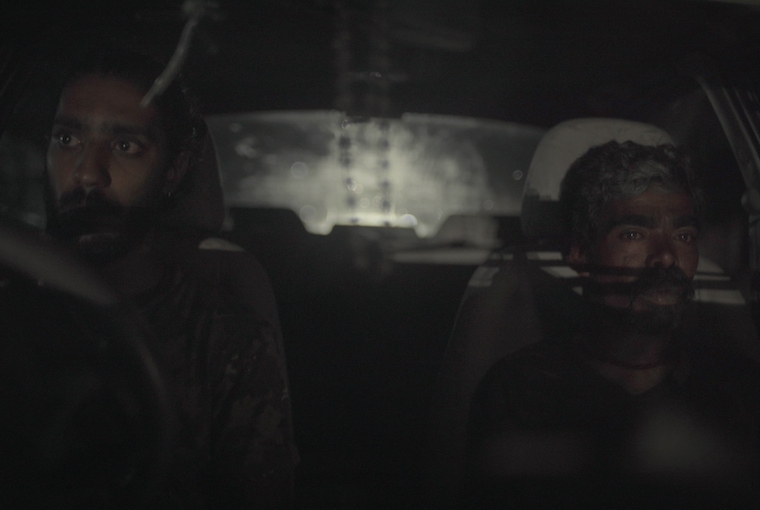 The film’s complexity triumphs in the relationship of Dhruv and Dorai. The former is a well-educated, English-speaking man, having lived most of his life in the comforts of civilisation. The latter is a member of the tribal community living near the Kuthriyar Dam, who finds himself at home in the wild. The burgeoning companionship between these two magnanimously opposite individuals is perhaps the most significant emotional component of the film, visibly apparent as viewers accompany them on their journey through the scenic, sometimes perilous topography of the forest. Eventually, upon arriving in Kuthriyar, the film’s purpose, just like Dhruv’s, becomes clearer. Bharat elucidates, “I wanted the film to be an authentic portrayal of the region and its people, so I picked Dhruv’s brains and met with a lot of locals in order to fill the story with as many interesting characters as I could. In a way, the journey of Dhruv’s character is my own journey as I gained an understanding of the place and the people. The script I ended up with, was written specifically around the people I had met, to accommodate their quirks and their behaviours”.

Two aspects of the film became rather intriguing for me once I understood Bharat’s intention behind its making; ‘vlogging’ and the social complexity of the region. As Dhruv sets forth into the wild, he is also tasked with creating vlogs of his experiences, alongside conducting the survey. It becomes apparent over time that this particular task confuses and exasperates the protagonist. He calls it ‘a sensory overload,’ correctly highlighting the impossibility of capturing the over-abundance of life and one’s reaction to it in the forest. It made me question the emergence and popularity of vlogging culture, the challenge and importance of recording such experiences and generating authentic content using it. “There was also a lot of footage that Dhruv had shot on his actual survey that I ended up using in the final film — this also helped shape the visual language of the film and helped in authentically portraying the forest (which was a very important part of the film) because when we shot the script, we could not go deep into the forest and had to make do with private lands and estates of people we knew.”

The aspect of social complexity is even more fascinating. “India is a very diverse and complex country. I think that my entire reason for making films is to try and under- stand it somehow. As storytellers, we tend to put ourselves in the shoes of our characters but with a people like Dorais, whose experiences are so far removed from our own, this is really not possible. I have tried to write the film in such a way that the tribal people actually have an authentic voice — and even though it is ultimately a work of fiction, I want to convey this sense of complexity of our society,” emphasises Bharat. The viewers are acquainted with Dorai through the lens and understanding of Dhruv. What begins as shrouded with a hovering sense of ambiguity about this reticent character, slowly begins to unfold into the larger existence of tribal people in the village. There is palpable paranoia that surrounds Dorai whenever he is in civilisation, especially around state officials. The paranoia and apprehension extend to everyone in his community. How people havediffering relationships with the state within the same space, elicits an interesting conversation in the film, truly putting things into perspective for both Dhruv and the audience. 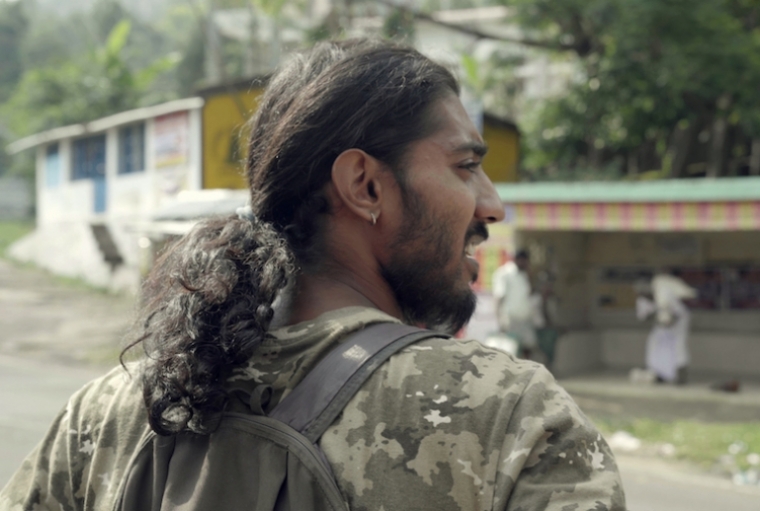 ‘The Road to Kuthriyar’ came with its challenges. “This film was made by a tiny crew — the first half was shot with four people (including Dhruv who doubled up as the line producer) and for the second half we brought on an additional camera so we were a group of five. We were shooting in fairly remote areas with no cell phone signal or inter- net and logistics was an issue,” asserts Bharat, who also mentions that without the help and generosity of the locals, it would have been impossible to make the film. He also shared another challenge, perhaps unique to the docu-fiction genre, “With the characters playing themselves or versions of themselves, there were times when the actor in real life and the character in the film would butt heads — this was mostly the case with Dhruv. In hindsight, it is an interesting problem but during shoot it was terribly frustrat- ing! Very often I would get into a heated debate with Dhruv about what his character was doing and he would say, ‘But I wouldn’t do it this way...’ or, ‘I wouldn’t react like this...’ and I would have to remind him that it was his character and that he was playing a fictionalised version of himself.”

With its world premiere at the prestigious Busan International Film Festival this year, Dhruv is now looking forward to sharing this brilliant piece of filmmaking with audiences worldwide. Alongside, he has many other plans for the future, especially to explore the genre of docu-fiction further, “I have a completed script and a couple of ideas that I am working on. My completed script is similar to ‘The Road to Kuthriyar’ in some ways, as it also deals with a protagonist journeying from his comfort zone to a drastically different world — only all of it set within Bangalore and the aim is to show the existence of multiple worlds within the same city, running in parallel, in close proximity to each other. It is also in Kannada, which is my mother tongue.”

This article is an all exclusive from our November Bookazine. To read more such articles, grab your copy here.