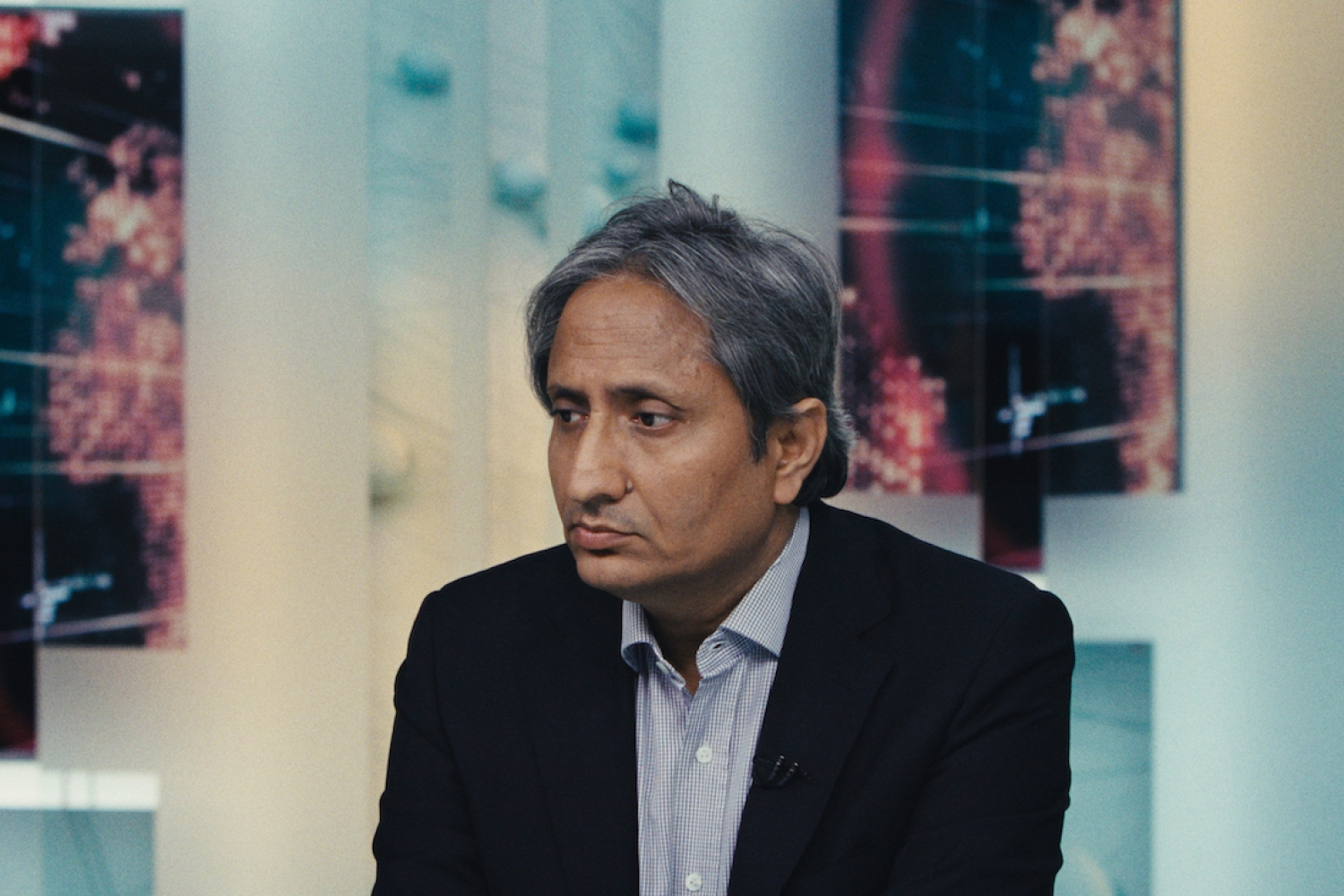 When Vinay Shukla made his first film, An Insignificant Man, it had its own journey of wins and losses. It went through a tough censorship journey yet was applauded across the world at festivals. ‘When that film came to an end, the success was so huge that I was left wondering if I had just lucked out. I am a very contemplative person and I was asking myself everyday “Did I just happen to be at the right place at the right time? Or am I really a filmmaker who can have a career in this industry?”’ As he made that film with a co-director, he felt the need to find his own voice. This film turned out to be the road to discovery for him.

While we Watched pivots around one of the most talented, knowledgable journalists, Ravish Kumar. The camera follows him everywhere, inside the newsroom, in his car, when he’s alone with his thoughts. ‘It’s a psychological thriller set inside a newsroom. It’s a film about adult loneliness. We have shot the film really up close with Ravish,’ Vinay explains.

More about his journey with the film below.

Where did you go after making your first film?
Honestly, the first film was such a wild experience. When we started that film, me and my co-director were just two twenty-six-year olds with a camera. We became filmmakers through the process of making that film. We encountered extraordinary challenges — funding, censorship, distribution — yet we had successes that were beyond our wildest imagination. Our film released in theatres and ran successfully for nine weeks. We did a crowdfunding campaign back then wherein we were looking to raise $20,000 and we ended up raising $120,000. We found tons of collaborators and screened across the world. We still get emails to this day from audiences. So it was an extraordinary time in our lives. I learnt so much from my co-director. But I wanted to do my own thing. So that’s where the search for this new film began. I was hungry and I was looking for my next film. I wanted to find out what my voice sounded like.

What brought you to Ravish and this story? How did it all happen?
When I came across Ravish, I felt like he was going through a phase of intense contemplation in life — one wherein he was questioning his own relevance vis-à-vis his audiences. He was also openly disappointed with his audiences. I liked that about him. In a sea of self-proclaimed “Number One” news anchors who are out to validate and please their audiences, here was somebody who was going on-air every night and really chastising his audiences for not knowing/doing better. I have always been a fan of newsroom dramas and I felt like Ravish could be a new kind of protagonist for a new kind of newsroom drama. We are used to watching feel-good newsroom dramas but I wanted to make a film which reflects the anxiety-ridden lives of the news consuming audiences today. 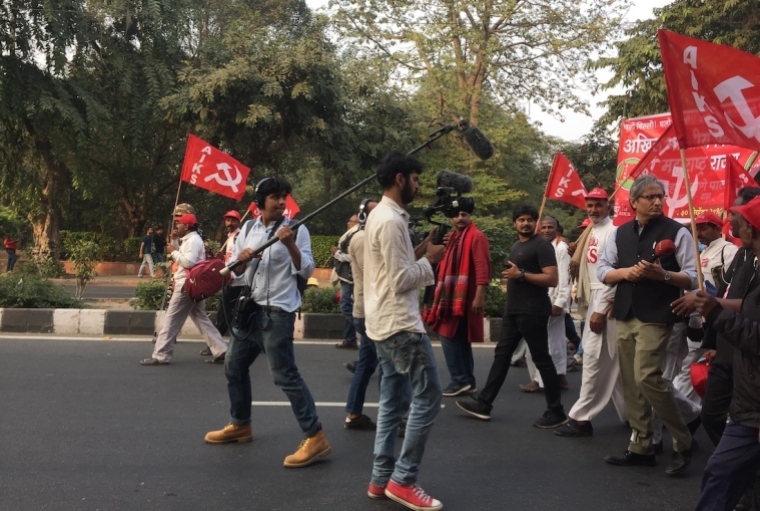 What sort of research went into this? How much time did you spend with Ravish and what were the conversations you had with him?
I spent two years with him and I began shooting from day one. Whatever research I did, it happened alongside the process of shooting everyday. I didn’t have too many conversations off camera with Ravish to be honest. I am very focused on making sure that whatever story I want to tell, it must firstly be present within my visual material. It doesn’t matter what I have in my head, or what conversations I have with people, or what anyone else thinks the film should/could be — it will only work if the story I want tell is truthfully present within the material I shoot. So for two years, I shot with Ravish for ten hours every day. It was an exercise in patience. You shoot through the mundane, waiting to capture cinema. You try and find characters who you think will help tell you the story. I focused on Ravish’s team, his family and those around him, to try and map his internal life.

Could you talk about the treatment of this film as compared to An Insignificant Man?
This film is far more personal than An Insignificant Man. The camera is inside Ravish’s workspace, inside his personal life, inside his car — the audiences are essentially going to be spending an hour and a half witnessing Ravish’s life from over his shoulders. I love films wherein while watching them, you go on your own internal journey and start thinking about something you haven’t thought about for a long time. I hope my films do the same for audiences.

How did you get all the access?
I get this question a lot, about how I get access to these highly sensitive places. Honestly, it’s really quite simple — you simply need to ask. You’ll be amazed at the kind of things that can happen in life and the doors that can suddenly open up simply because you asked. Of course, it requires me to work very carefully and mindfully with the people I’m shooting with, but that’s not too hard. Decency isn’t so complicated, you know. 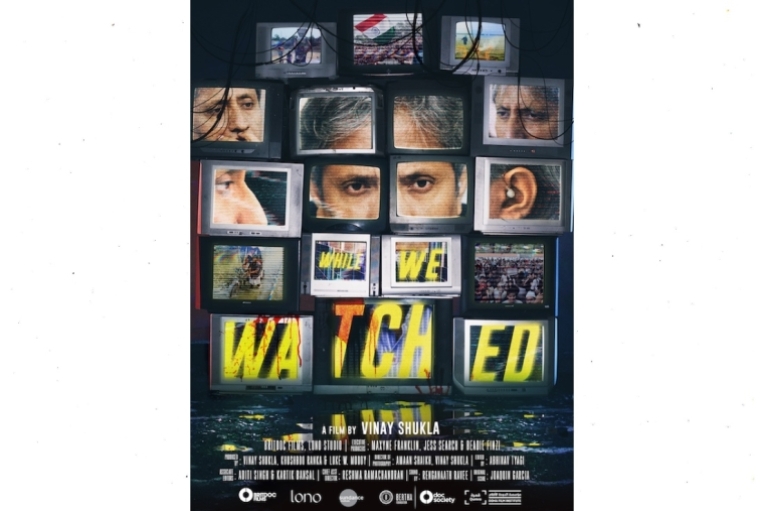 What is it that you want the audience to take away from the film?
I came to filmmaking because I believed that films can make the world a better place. India is, without a doubt, going through some incredible changes right now. It’s my job as a storyteller to pause and reflect on these changes. Also, I am going through a phase of intense loneliness. I hope this film is able to give meaningful company to those like me.

What do you think leads the news, the people or the facts?
I believe news is a system of public education. People pick up the newspaper or watch television news with the hope that the information there will make their lives better. I don’t have a problem with the “narrativisation” of news. I don’t think we can reverse that tide. However, we do need better systems around the news itself. I believe three things need to happen urgently. Firstly, we need better rights and representation for journalists within and outside news organisations. Journalists currently have terrible contracts and very bad representation — this needs to change.

Secondly, we need better training for our journalists. We are living in a world of complex problems like migration, global warming, pandemics and more. It’s all going to get more intensive in the years ahead. At the moment, there is information inequality within our newsrooms, i.e. not everyone has the same access to information resources. This must change. Lastly, there needs to be a forum between the people, the newsmakers and the government. We can only get better if we are talking to each other.
Lastly, what are your plans with the film and what’s brewing next with you?
Well, I am currently in New York where the film will be premiering at the IFC Center next week. I am excited like a child since I have the fondest memories of seeing some of my favourite films at this theatre. After this, the film is playing at IDFA Amsterdam. I am truly grateful for the response so far. We premiered at TIFF and won. Then we played at Busan and won there too. So it is a phase of tremendous excitement for me. My Instagram and WhatsApp inbox is full of people who want to know when I’m bringing the film to India. I honestly can’t wait to show the film around my country. It should happen soon. Alongside, I have begun writing a new project. It’s a hostage drama that I am co-writing with my cinematographer Amaan Shaikh.