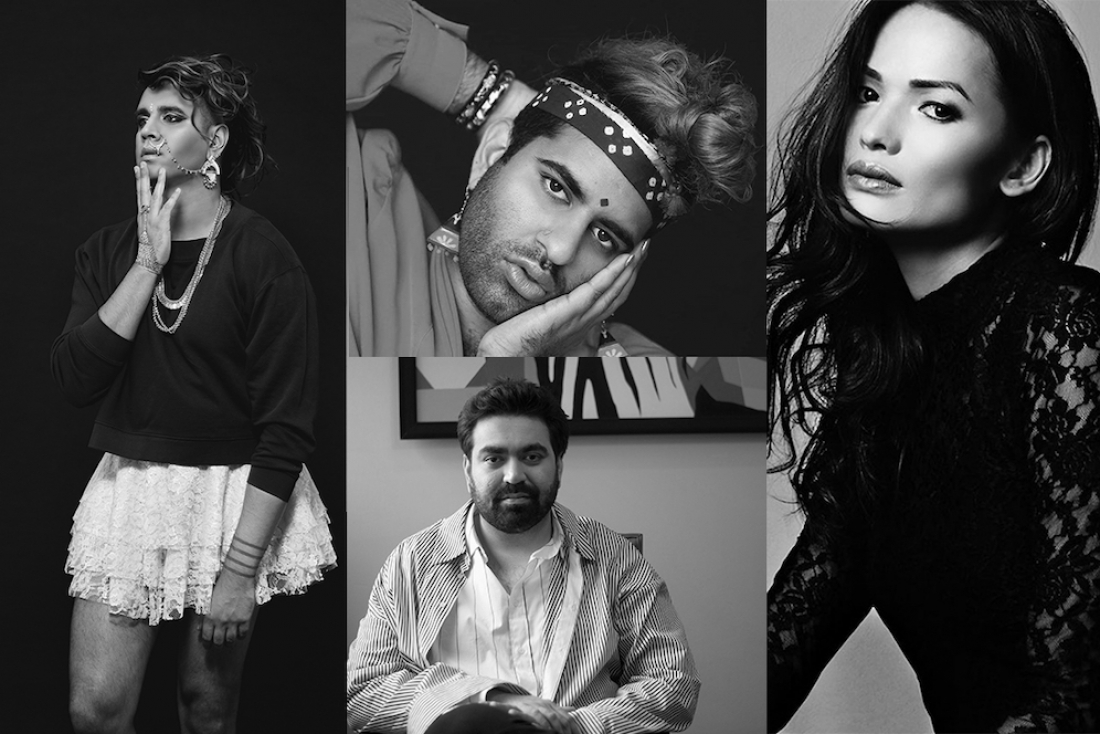 50 years ago, on 28th June 1959, the police raid of the Stonewall Inn in New York set into motion an uprising for freedom and love like the world had never seen before. The raiding of the gay bar led the LGBTQIA community to come together and protest for gay liberation which gave birth to what we celebrate today as Pride. The Stonewall Riots were crucial in propelling people all over the world to fight for their sexuality and many iconic figures have since then added to the gay rights movement. We revisit our conversations with some of such icons who share their journeys of courage with us.

Vivek Shraya: The decision to explore “she” and “her” as pronouns happened in August 2015. Performing masculinity as a way to prove my manhood, which included weightlifting or sporting a beard or walking widely, was exhausting. After turning 30, I found myself caring less about the consequences of straying from my assigned gender.

I am drawn to certain themes; gender, Hinduism, my mother, and self-love. I have always looked up to my mother, especially her femininity. She was also one of the only people in my childhood and teenage years who didn’t chastise me for my femininity. Consequently, she has been a re-occurring theme in my work. While transitioning, it’s been uncanny to look at her older photos and see our resemblance.

Alok Vaid Menon: Growing up as part of the Indian diaspora I was always made to feel that my sexuality and my gender were something that I picked up 'in America', and was routinely told that there were no LGBTQ people in India. Connecting with LGBTQ artists and activists in India and sharing my work there touches me deeply. My experiences in India have been some of the most foundational to my life and my creative practice.

I believe that there are as many genders as there are people in the universe. I think the goal is less about 'accepting trans people,' and more about accepting the ways in which all of us [regardless of how we identify] fail to embody a reductive binary of 'man' or 'woman'. Trans identity is complex because humanity is complex – we have to commit ourselves to constantly learning and recognizing that difference and diversity are strengths, not weaknesses.

Anjali Lama: My father always wanted a daughter because he had four sons before that. I was also born as a boy. But as I grew up, my behaviour started changing. I started behaving like a girl. I was dressed like a boy. So everyone in the family and in the village started teasing me. I felt mentally tortured. I used to wonder what was wrong with me.

I think the acceptance (of LGBTQIA  community) hasn’t been full. It is just the beginning… I think some transgender people are feeling more empowered than before.

Keshav Suri: When I created Kitty Su, I got rid of all doubts and so did my team—the character of Kitty Su was a drag queen, a caricature of what a human being should be. My team didn’t understand why there were showers in the clubs, why scantily clad men were serving shots, all those brazen quotes…Kitty Su was basically me. I had to create this character to show my team that if you can accept that, you can accept me. It was a way for me also to also accept myself. As far as my sexuality is concerned I had come out to my family and close people even before I’d opened Kitty Su, but that was definitely the turning point.

I love drag. It takes gender and screws it on your head. There’s no weaker or stronger sex—that was always created as a way of control. It’s what Ru-Paul says— “You are born naked and the rest is drag!”