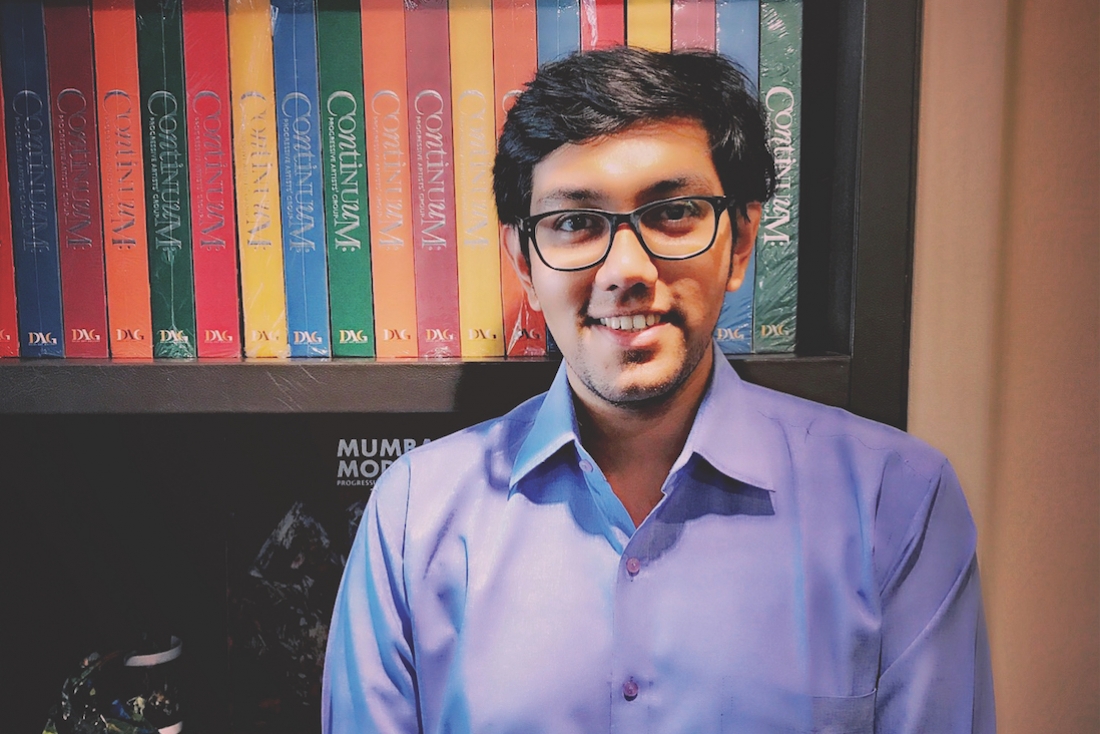 Can a missing limb ever be a missing link in appreciating art? As absurd as even that idea sounds, many museums and public art spaces in the country not so long ago lacked resources for physically challenged visitors. Siddhant Shah is perhaps the first crusader who has been successful in changing the scenario. Siddhant is a heritage architect and access consultant who specialises in bridging the gap between cultural heritage and disability, and his initiative is called Access For All.  Shah, a Stavros Niarchos Scholar armed with an MA in Heritage Management from the University of Kent and a Post graduate Diploma in Indian Aesthetics, has been working relentlessly for the cause over the past few years. 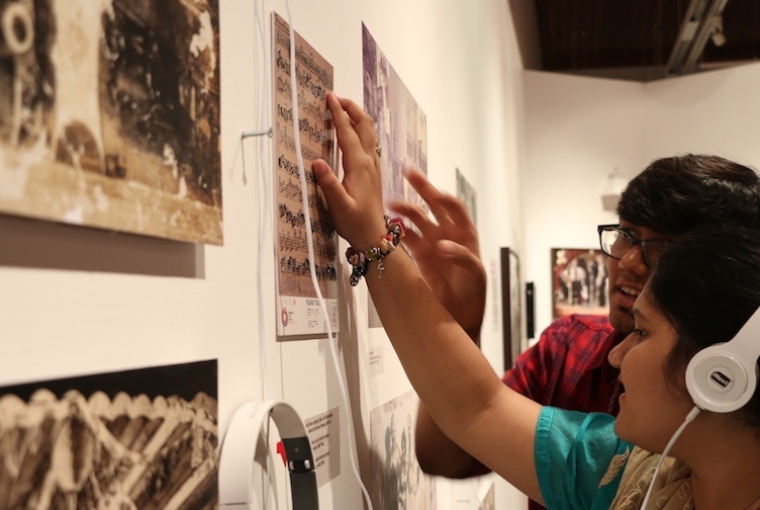 Today, the project it widespread and huge, but Siddhant’s journey began right at home. ‘My mother is partially sighted. Thirteen years ago, she lost her vision partially and a lot of things changed for me. I found how somebody could grow uncomfortable inside their own house. How spaces suddenly became restricted. Going out for a walk in the garden became a pain. How different things that you do in your day-to-day life suddenly got disrupted for her, and cultural sites, that were always a very important part of our family travel, could not be enjoyed in the same way because there were no facilities that would cater to her needs. That was the first time I started observing these things,’ says Siddhant. It was after his bachelor’s degree that Siddhant got to travel to Greece where he won a scholarship and came face to face with great inclusivity in art in other parts of the world.

‘In one of the museums in Greece I actually saw a couple actually sitting and discussing things, and they were quite enjoying it—I later realised that one of them was visually impaired and the other was  talking about the statue of Poseidon in the way he felt it. He never spoke about the height or the grandeur of it, but he was talking about the material. He was talking about how the copper had aged because he could feel the oxidisation on that. He could feel the softness and roughness of that. He could feel how that whole thing had shaped. Another incident was at a museum again, where we went with my mother and we asked for things we would need, we felt helpless as there was nothing we could do. Whether it was a performance, a gallery, a monument or a space, there were not many things that were available to her. And that is when I thought this must happen. The two-year scholarship in Greece allowed me to research how accessible cultural spaces were, in India, and develop products for these spaces. But you would not believe that these museums told me things like, ‘These people are blind, what would they do here? How can a museum be useful to them?’ They don’t realise that a museum is a secular space, a place that can provide enjoyment and refreshment to everyone, not only to a selective audience. Imagine, if someone says if you are fat or if you are thin, you are not allowed to enter a museum! In the same way, you are discriminating because you are not able to provide a certain infrastructural need which would cater to them. I’m glad I got a chance to work with the museum in the City Palace at Jaipur and they opened the gallery for me to work on their collection. Simultaneously, the Delhi Art Gallery opened their art collection for me to actually use it and create experiences for visually impaired people. That was the first time in India that a curriculum was set for people with visual impairment under the program called Abhas, a tactile experience of artworks. We created tactile renditions of artworks, we created Braille books, audio guides, and all this to make sure that the people with visual impairment have a great experience when they come to the galleries or monuments.’ 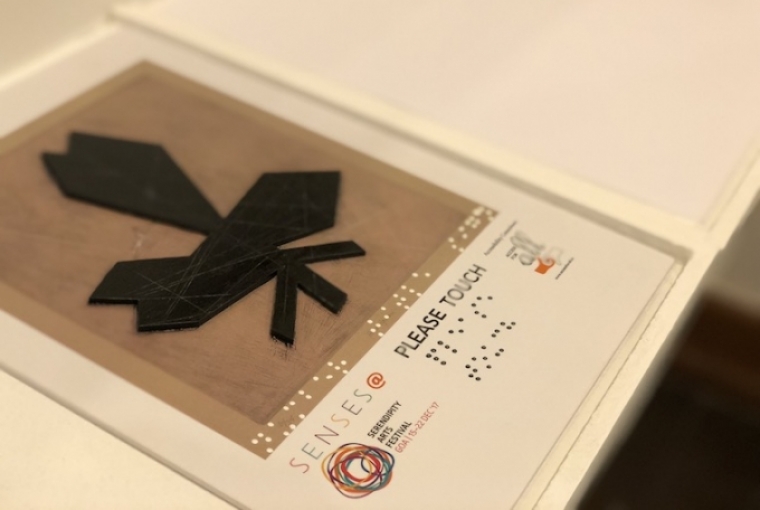 Today, Access For All is a collaborative social enterprise in more than one way because the team comprises both experts and people with special needs. Siddhant runs a small Braille press operated by the visually impaired. Even the tactile renditions produced in the workshop are made by people with special needs and supervised by his mother who has been a special educator. ‘Our aim is that whatever we generate should be able to provide employment for these people,’ he informs. And his definition of access goes well beyond disability. ‘It could be senior citizens, toddlers, people with special needs; it could be people with learning disability. As basic as it may sound, it could be two people with complicated, complex issues and concerns. We have even worked with people who have cancer, AIDS patients, people who have other needs, orphanages, social welfare homes…it is our effort to make these places more accessible and our culture more accessible to them. The first aim is to take people to the context, and if that is not possible, take the context to the people.’ But of course, collaborating with institutions that have held rigid rules for many decades isn’t easy…

‘The first thing is the discussion with the organization. What is their aim or the level of accessibility they are aiming to reach for? Because sometimes, you realize they don’t have funding, they don’t have things they need. So when we meet up with an organization, we conduct an access audit for them—we get people with special needs to be part of our teamwork, then actually go around the site and suggest certain issues and needs that they would need, they would face, and based on that we develop a holistic report. We give a detailed checklist to the organization on what they need—everything from Braille toilet signage to tactile renditions…after the checklist is given to the organization, we sit them to figure what are their priorities and what they think they should fulfill, and we provide those facilities. Very purposefully we do not suggest—we let them suggest because when they see the success of their own work, when they see the success of themselves, they are also really happy and keen on doing more things with us. So we let them be part of the project. In order to create tactile work we sit with the institution’s own research team to know the location, details and story behind each work—accordingly we create the tactile rendition. If it is an abstract painting you can feel the exact material that was used, the roughness and coarseness. In a figurative painting, we try to keep it as realistic as possible, by touching the raised surfaces they realize what it is along with hearing the Braille work and audio guide. Post which we also do sensitization and training with the gallery.’ 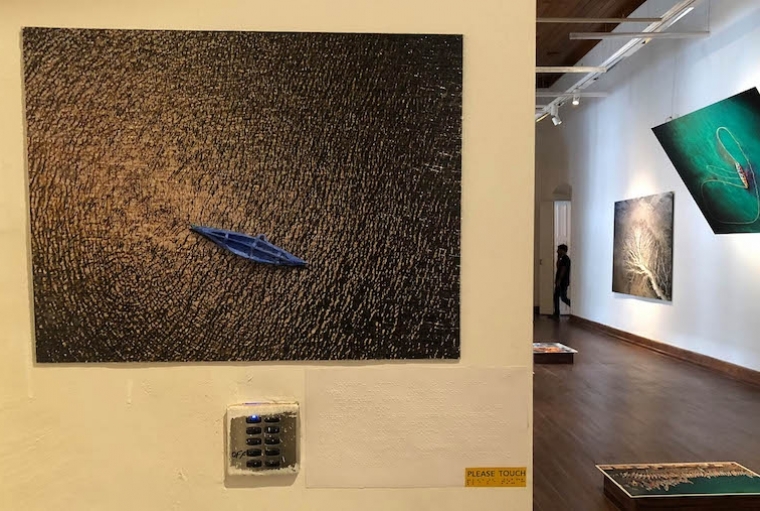 Budgets, of course, are a big constrain, says Siddhant. ‘People always assume these things to be charity. They do not realize that we are offering professional services. And they think it is only something that should be done not for profit. Some galleries have even said you can take some money from us but please do not associate us with charity, we do not want “those people” over here! One of the poshest art galleries in Mumbai has said that to me, that if you want we will give you one time donation but we do not want to associate ourselves with disability. This really saddens me.’

While Access For All has done some great work along with other young people who are working toward this direction in different ways, there is more than ever a need for all forces to get together and work unanimously, to which Siddhant agrees. ‘Everybody right now is working in isolation, people are scared to collaborate. We have created access audits for these people, we have developed Braille guides but some way or the other people become recessive, everybody is competing and that is the sad bit. It is about everyone coming together to collaborate and contributing to this society, so why not come together and together provide a fantastic service that would become a great package for them?’

Read the all exclusive from our year end Bookazine about the luxurious property.

Read the all exclusive from our all new Bookazine about the breathtaking property.

A tribute to Louis Lassen who introduced the concept of the burger to the world, Louis Burger is now serving in Delhi

Tucked in the thick of a mango and litchi grove, far away from the clamour of the metropolis is the boutique retreat, The Mandala, in the village of Devprayag.

The brainchild of restaurateur Suren Joshi and architect Ashiesh Shah, Joshi House is a timeless refuge, nestled in the renowned streets of Pali Hill.