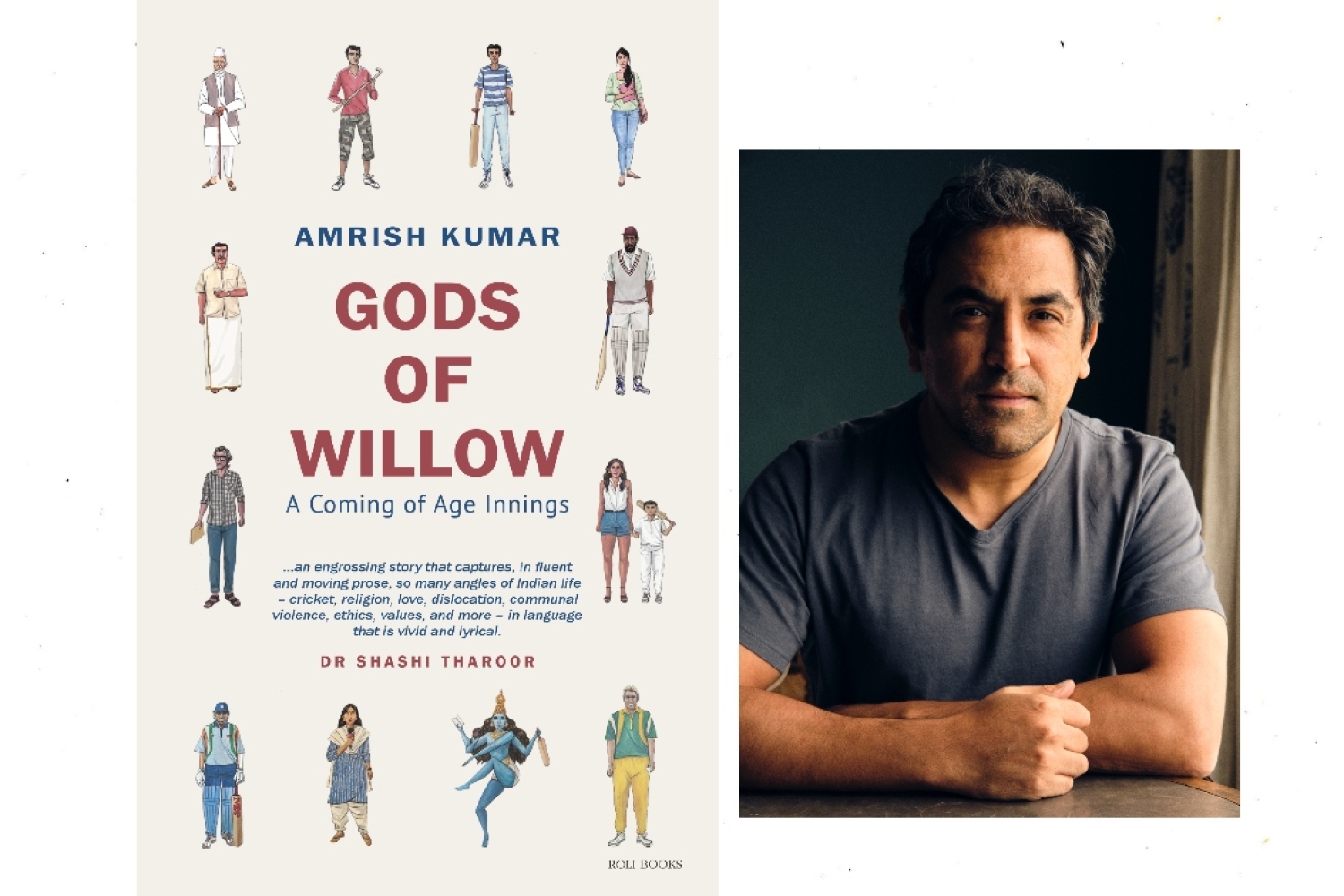 Many have known Amrish Kumar as the CEO, MD and Creative Director at Ritu Kumar for a while. But only recently, have we been introduced to Amrish Kumar, the novelist. And with a charming, hilarious, and insightful debut book. Gods of Willow, follows the journey of its protagonist Kabir Menon as India enters the 21st century. It is a coming-of-age story of not just a character, but also a culture, clever in its observations, and cinematic in its telling. Below, Amrish Kumar reflects on the making of the book:

The Book
Gods of Willow was actually conceived as a film, many, many, years ago. It was just a collection of scenes I had put together in a scrap book. It was around the time when I was in-between things, and I was deciding what I wanted to do next. One of the things I was really keen on was going into the film business. But nothing happened with this little project back then.

Then, covid happened. This scrapbook had been sitting there. I don’t know what happened, or why, but I just started writing about it. One page became two, became twenty, and my friend Priya, who is a publisher, started reading the pages and kept nudging me along. So before I knew it, I had written a book.

The Creation
There wasn’t a particular routine. I first started writing this book during the lockdown. I would spend a couple of hours on it every morning. And bit by bit, I gathered a good amount of momentum. After lockdown, I would spend an hour or more on it, but it wasn’t a very formally thought-out, structured, or disciplined a process in any way. It was a joy to do, so it all happened very organically.

I think anytime you’re making a story, parts of you have to be in it because the interpretation of events is your own uniquely. Like my publisher said, most people’s first novels are often about themselves, although this book isn’t about me. Only some parts of it are taken from my lived experiences, like some of the bits about the cricket and watching the matches, and the time Kabir moves to Bombay which I had done after university as well.

The Challenges
Firstly, your innate doubt about whether you really can write a book. So there was a lot of circumspection, even disbelief over the fact that I was actually doing it. So I had to keep checking in with friends who were reading the pages. Because it was such an accidental process, there was a lot of not knowing whether this is really what a book looked like.

Then, I changed the second part of the book a few times. I kind of knew where the story had to end, but I didn’t know how exactly they get there. So that was a bit challenging. And the editorial process wasn’t challenging, it was simply something new. Honestly, most of this process was very new, so even if it was a challenge, it was an enjoyable one.