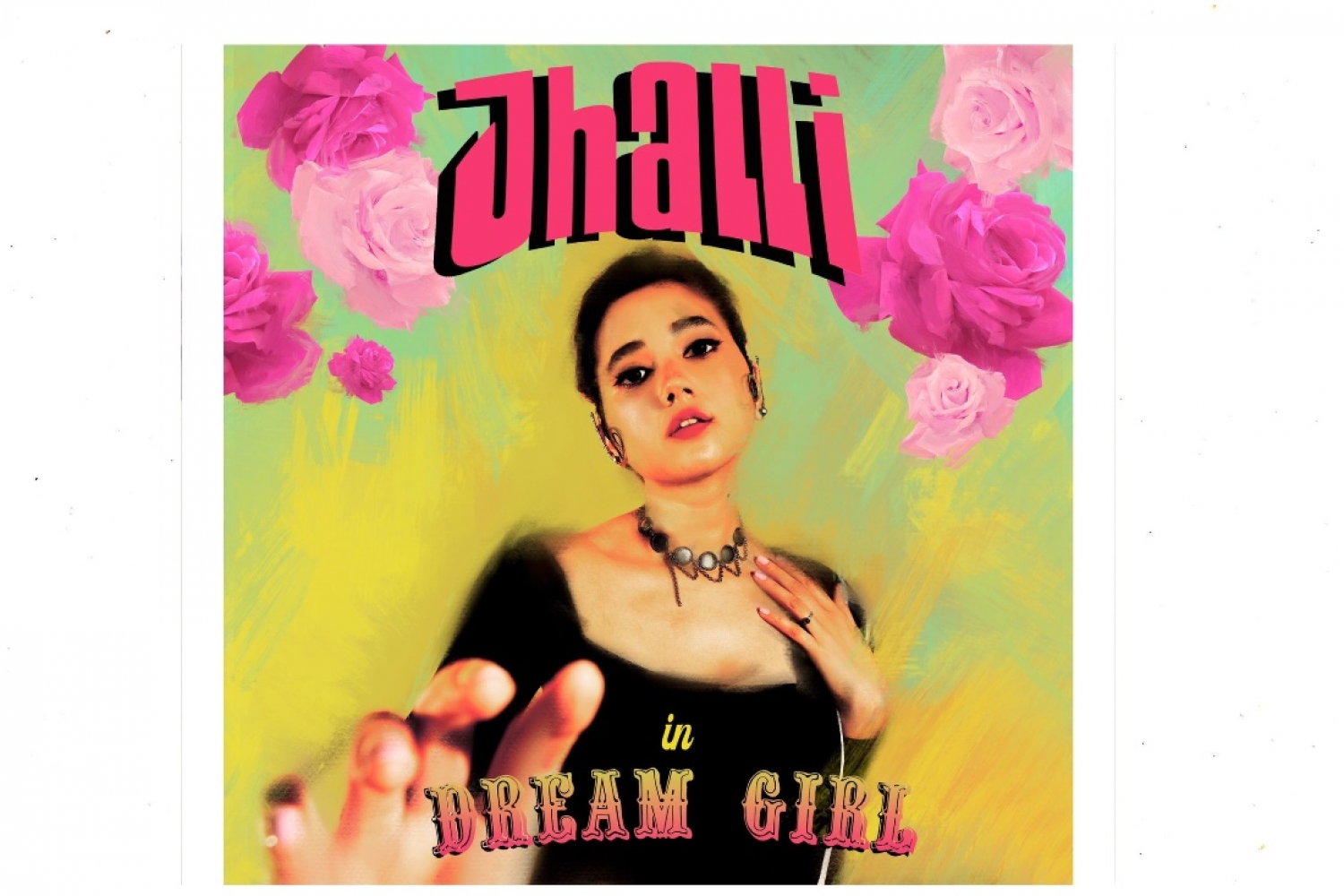 Aaliyah Qureishi’s debut EP, Why Should I, comprises five riveting and enthralling songs — from effervescent, dance pop beats to the more dreamy and jazzy tracks. All of these songs are tied together by the conceptual string of rebellion, manifesting the idea behind her moniker, Jhalli. It used to be her nickname, her parents would call her Jhalli because she would wear a lot of their old clothes, loose t-shirts, combat boots and stuff like that. “Even though they used to say it as a bit of a slight, I loved being called Jhalli because it means doing whatever you want, having a free spirit and being a little bit mad. And, I think all musicians need to be a bit mad!” She wanted her artist name to signify something concrete and Jhalli does that by perfectly encapsulating her music.

We delve deeper into her EP below:

SENSIBILITY
I would say a lot of it is very rebellious and especially, Why Should I. Musically and sonically, it's a little hard to put it in one genre. For example, HURRICANE is more dance pop, Insecurity is more folk and acoustic, Dream Girl and let me be ur girl are a bit jazzy. So, I draw from a lot of different genres and influences. But sonically, I wanted to make this album more indie-pop.

CREATIVE PROCESS
I started writing the first song, let me be ur girl, around two years ago, before Covid. I wrote it right after coming back from college but I never thought I would release it or put it in an EP. But once the pandemic happened, I knew that I wanted to release an EP and by then I had two songs, let me be ur girl and stupid games. At the time, they were raw skeletons, just guitar and vocals. So, once I had those two songs, I started writing more. I was in the habit of writing for an hour every day during lockdown, irrespective of whether a good song came out or not. So I had written quite a number of songs. I sent them for production, which was done by my friend Austin, in LA, which was a very interesting process. Going back and forth across different continents, interacting at different time zones, doing constant revisions, it was a lot of fun. That's the amazing thing about music, you can make it from anywhere, you can collaborate with people from anywhere. My saxophone player was living in Goa at the time and he recorded the saxophone parts from there. We went song by song, and gradually, the EP started coming together. Mixing took a long time because I was very specific about the kind of sounds I wanted

WHY SHOULD I?
The EP is named after my grandmother's catchphrase, “why should I do that?” That's her phrase of rebellion, that's what she used to say when she would be asked to do something she didn't want to when she was married. She got married really young, she was fifteen, and got pregnant with my dad at sixteen. She was not really in control of her life at that point, like most women in India. She didn't get to study after a certain grade but she was adamant about the fact that her daughter, my aunt, should be allowed to study and her in-laws were totally against it. But she stood her ground and it was a really dangerous thing for her to do at that time. She was just around seventeen or eighteen and she risked her whole life to send her daughter to school.  She's always done things like that throughout her life. Every time someone tells her to do something she doesn't like, she’d just say, “why should I?” I sampled her saying that and put that in the song. All the songs in the EP are hinged on this rebellious notion of “why should I?”

SUBVERTING THE DREAM GIRL TROPE
I wanted to subvert the whole ‘dream girl' trope with this song. It's actually ironic because I used to fall into it a lot. It sounds like a song criticising the society but it's actually criticising me for even trying to be somebody’s dream when it's impossible, it's a stupid effort. First of all, a dream girl is just a dream, there's no such thing, one person's dream girl could be another person’s worst nightmare. And, on a more societal level, we’ve grown up in this film centric culture where the idea of a dream girl is fantasised. Even in Hollywood, there's always this ‘cool girl’ who's also hot, funny, quirky and smart. She's like one of the boys but also super feminine, ‘the manic pixie dream girl’, one who fixes the hero and has little personality other than being the hero’s romantic interest. It's something created by men for men and women have been entrapped into falling into these gender roles. In the verses, you see that I'm trying to be this person and in the chorus I just give up, I can't be what you want me to be.

MANIFESTING HURRICANE
I wrote it during hurricane Nisarga. A lot of the windows and stuff in my house shattered during the cyclone. It was really scary because me and my family were just sitting inside when the power went out, but lowkey, I love things that are chaotic. It just made me think how hurricanes are so powerful. We always think of nature as peaceful and beautiful but it can also be very destructive. For years, in the vedic culture, the divine feminine has always been symbolised by nature and I love that because just like nature, femininity can be soft, beautiful and harmonious. But if it's oppressed for too long, like it has been for centuries in this patriarchal world, it can come back and be really powerful when it needs to be. In the patriarchal culture, men are always told not to cry, not to be vulnerable and women are shamed for being vulnerable, being angry. Hence, with HURRICANE, I wanted to say that I’m not going to subscribe to any of these toxic gender norms. I’ll be disruptive. I’ll be whoever I want to be and no one else gets to have a say in it.

THE FUTURE
I have been writing a lot of Hindi music. It's something that I was a little scared to do because I've learned how to write in English as I studied songwriting in the US. I do speak Hindi but singing and rhyming in another language is very different, every language has its own flow and its own rhythm. But I have written a couple of Hindi songs which I really love and I'm planning to release them by the end of the year. I recently did a cameo in a Netflix show that just came out, so I’m focusing on acting too.