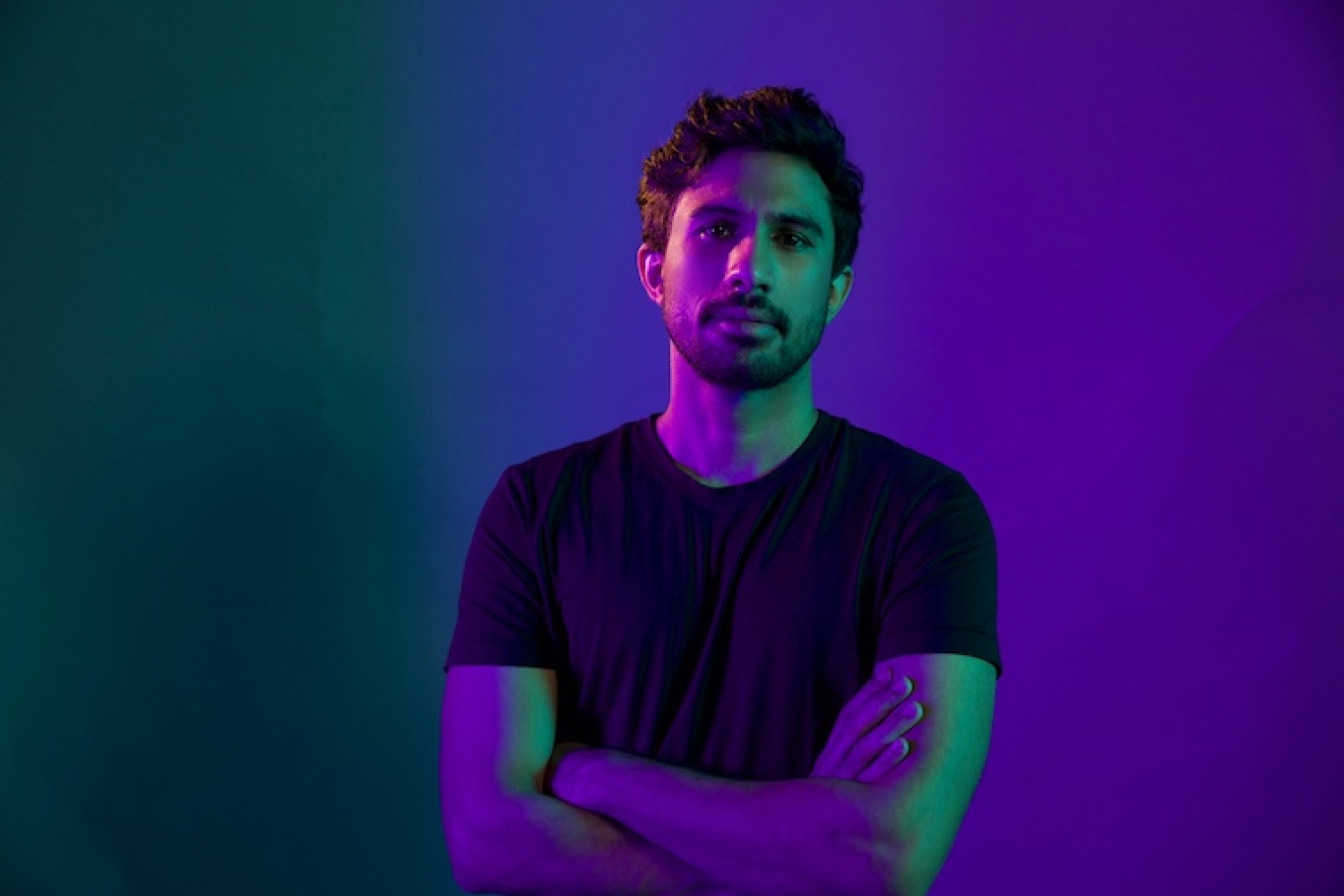 It was a regular evening at the studio, while making music, when Kabeer Kathpalia’s Instagram just blew up. Shakun Batra’s much talked about film Gehraiyaan’s first teaser had just dropped, featuring its title track produced by Kabeer and his music partner, Savera. The music they created for the film was fresh, layered and experimental, and has broken many records.

Both Kabeer and Savera came together because of their love for music. They both started a music band back in school, and now they will be making music for the rest of their lives. Beginnings were punctuated with making jingles, but the boys never stopped making music for themselves. In a nustshell, they create atmospheric sound with a hint of pop, a quirk that got them their first break as background scorers and music producers for Gehraiyaan. When we got on call with Kabeer, I started off by askinghim what his moniker, OAFF, means. “Clumsy, silly and awkward, and that is exactly how I want to be when making music,” he justified. More below.

BEGINNINGS
I was born and brought up in Ahmedabad and my family lives there. I studied there but in multiple schools. They always put me in different experimental schools. I’m half-Gujarati, half-Punjabi. I studied at an international school for a while, which is where I joined a band and met my music partner, Savera. We started the band, but it was always something we did for fun. But, gradually, I started getting more interested in music theory and how it works, more than just performing it. Funnily enough, I wanted to be a become a scientist — a physicist, or a mathematician. So, in college, I majored in mathematics.

I started producing music towards the end of college. I took a year off after college just to make music. I had a studio with a friend in Ahmedabad and we started producing music and putting it out on Facebook, SoundCloud et cetera. And then, at some point, people started offering money for it and asking me to make stuff especially for them. After two years of doing that, I came to Mumbai and that’s how I started doing a lot of advertising work. By now, I think we have done about a thousand ads altogether.

MUSIC SENSIBILITY
I’ve coined this term called atmospheric pop. My music is immersive, and almost at some level, meditative. I like a certain kind of depth. I make atmospheric music, but I also love how pop songwriting works because I grew up listening to the Beatles. We are trying to mix those two worlds and see if we can create pop songs that are still emotive, atmospheric, and evocative.

WORKING WITH SHAKUN
The reason why Gehraiyaan was such a special project was because Shakun had heard our independent stuff and he wanted that sound. We were literally only making music for ourselves, music that we thought was cool. Then we actually got signed onto the project to do the background score first because we were known to make atmospheric music. It has this cinematic quality, I suppose. Only through that process did we get the chance to pitch one song which he liked and then we were asked to do more. We created a soundscape, which had a vibe throughout the film.

A DAY AT THE STUDIO
When we were working with Shakun, it was the first time that we started properly working from studio for months at night. Otherwise, it’d be usually on a laptop somewhere remotely or at my home studio. It was like going to work every day but to create something.

To create a song usually, I try to find a sound or a motive or a melody or something that kind of excites us and engages us. So, the test is that it has to go through both of us and both of us have to think it’s cool. We literally go and have our instruments set up and start jamming. My idea is that if I know what I want, we just start creating. And I know that now I have some decent skills to achieve that. I think it’s exciting when you don’t know what you’re creating and somewhere you’re like, “oh! this could become something.” And so, usually, we just try and kind of surprise each other.

CINEMATIC MUSIC
At some level, both the background score and songs serve the story and the characters. Especially in a movie like Gehraiyaan, where there’s no dance or lip syncing to songs, it’s all about taking the story ahead. But, a background score is very tailored to creating that scene well and creating the tension that’s needed. A song has vocals, it has lyrics. It has a different touch.

This article is an all exlcusive from our March EZ. To read more articles follow the link here.