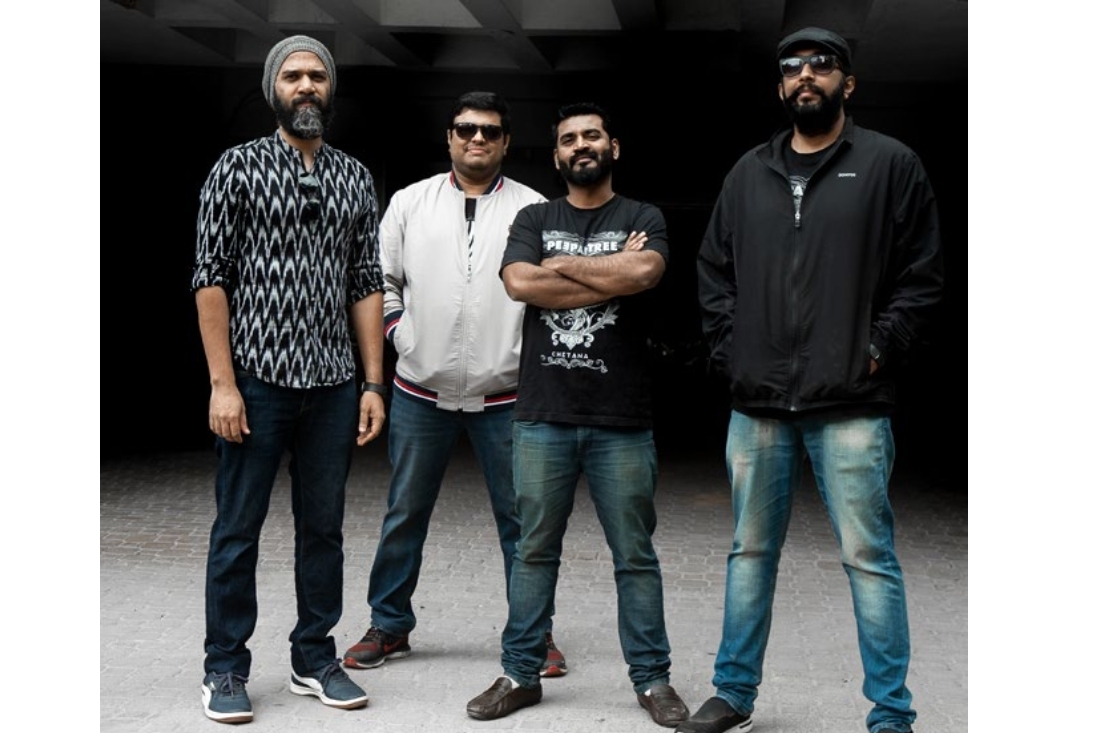 An interesting piece of information about Peepal Tree, apart from the fact that their album made it to the Grammys’ ballot, is that they’ve all been part of a Bengaluru-based heavy metal group, with three of them still part of the ensemble. So, why initiate another project? Several popular indie acts (Thermal & A Quarter, Moksha, Raghu Dixit and Bhoomi and others) Tony Das (Peepal Tree guitarist) tells us all.

PLANTING PEEPAL TREE
'The four of us who started the band (Praveen, Willy, Sujay and Tony) have known each other for fifteen years now! We’ve played together in a few different bands and have been great friends for all this time. It was in 2011 actually when Praveen and Sujay discussed the idea of working on a new project. Something different from everything they’d done so far. Having worked with Willy and me for so many years, it only seemed logical to ask Sujoy and Tony to join us in this new direction, and we were more than happy to have the opportunity to work with our friends again, this time, on something brand new! We welcomed our youngest/newest member Sid a few years later after observing him making waves in the Bangalore scene with his amazing skills as a player and producer.'

THE RECORD
Six Kannada songs — the vibrant Chetana, the electronic-leaning Tangi, the funky-dance vibed Konevaregu and the quick-paced Bhuviyidu — were the first glimpse into Peepal Tree’s versatile sound that got even more diverse as they clinched club shows and festival appearances, to quickly become multicultural rockers. They went on to write songs in Tamil and Hindi, dexterously recreated songs like Minds Without Fear (from British artist Imogen Heap’s collaboration with Vishal Dadlani for The Dewarists) and now have the ten track Chetana. 'The response to the album really exceeded our expectations and we went as high as #3 on the overall charts on iTunes in India and #1 on the rock charts. We were overjoyed. Then a few months ago, we submitted our album for the Grammy Awards and made it onto the ballots! That was really a special moment for us.'

A VAST AND TECHNICOLOURED EMOTIONAL SPECTRUM
'Defining our soundscape might be difficult, because we try not to stick too much to doing one kind of thing. Of course our songs, all produced by the same individuals, are bound to have some sort of thread that unifies them, but that aside, we try and stay open to diverse sounds and ideas to keep things as fun for us as we hope we’re doing for our audiences.

The world we wish to create—more than an intellectual or ideological world, spans the emotional spectrum from fun and lighthearted, to heavy and trippy. Not by virtue of the lyrics necessarily. But more because of the music.'

FALLING IN SYNC
One must think about the challenges a band faces as an identity with different personalities demanding to fall in sync but with Peepal Tree, does a part of the ease of the whole process come from having known each other for so long? 'Definitely yes and also having played together in so many diverse musical contexts and having developed a comfort level amongst ourselves where we’re not afraid to suggest anything we want. Our personal tastes, while wildly varied, are also largely aligned, as contradictory as that may sound.'

THE POWER OF LANGUAGE
The audience often seems bewildered by the sight of these guys singing in a language that people don’t generally understand. Having said that, art has no language so it has defi- nitely opened new doors for the band. 'Well, we’re not singing in made-up languages, so there are always some people who understand. Honestly, it has been a concern, but in a positive way. As in, it was something we were sure we wanted to do from the beginning. We did want to focus on Kannada as a language, largely, but we also wanted to experiment with singing in other languages, just to see where it would take us musically. And we’ve learned so much about the meter and cadence and flow of the languages we’vewritten songs in, that it has really opened us up to the possibility of trying to branch out even more. It’s fascinating how language has the power to shape how we think.'

This article was initially published in our June 2020 Bookazine.