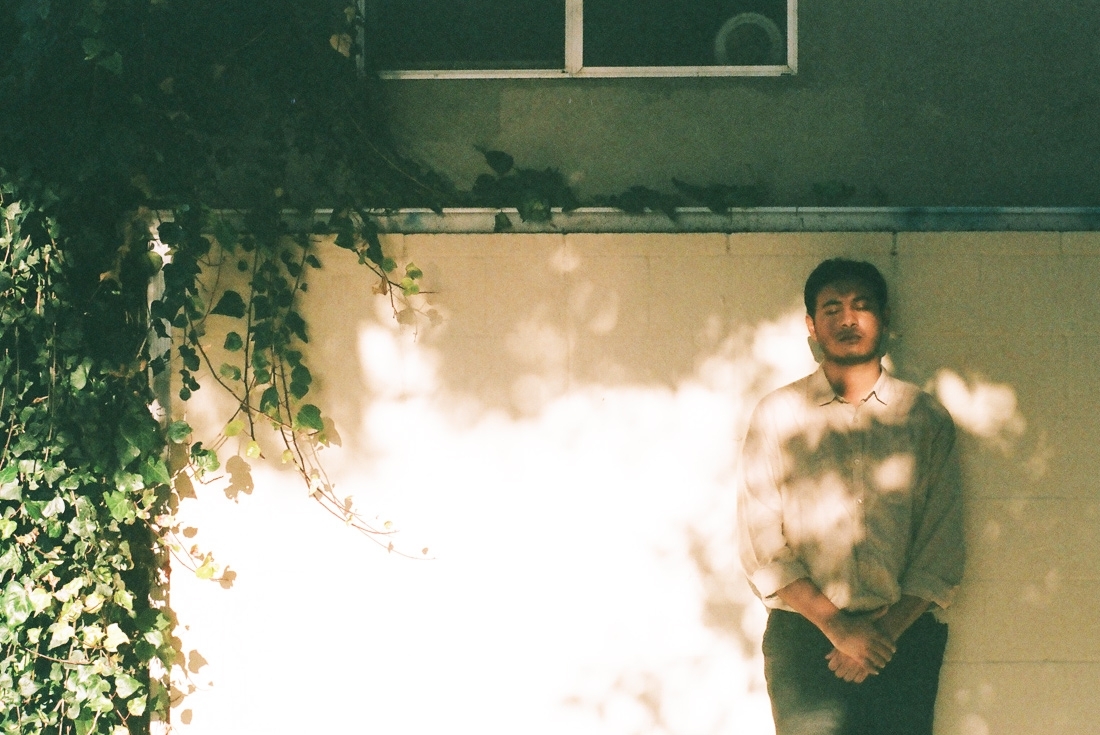 Have you ever wondered what it feels like to be lost? It is a state of mind. A constant dilemma, static living.
It’s hard to put it in words when you’re in a constant diaspora, trying to find your identity.
Reaching the other end of the road is what makes Rounak’s debut work. His songs remind you of your home, maybe lost or not, about things that left you but you could not. A beautiful album with some truly honest lyrics, so much so that you wonder how he got it so right.
A young boy from Mumbai, Rounak Maiti moved to Los Angeles when for his graduation but never trailed back. He is still creating music there and has collaborated with a few bands that he works with when he is not working with a not-for-profit organisation. Read more about him here. 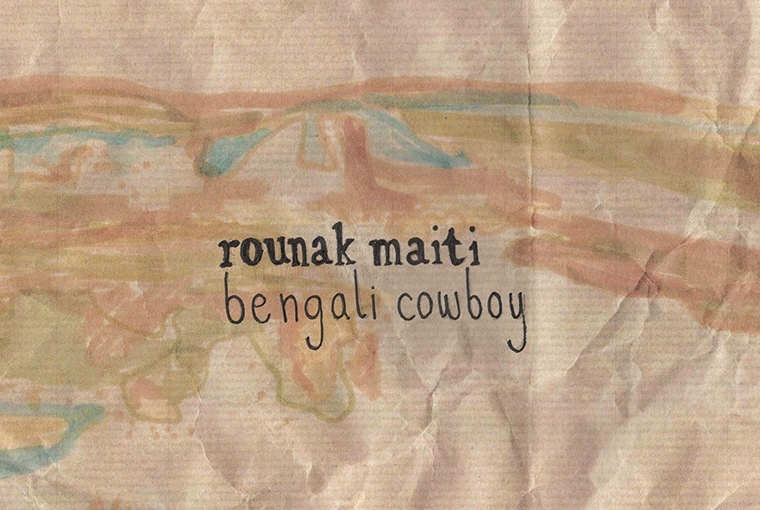 Trailing back a bit—what is your earliest memory of music? How were your growing up years like…like where did you study and stuff.
Even my earliest memories have a great deal of music involved. Growing up Bengali, music is an important part of everything from religious events and festive occasions to more regular, even mundane events like weekends, parties and get-togethers at my house. My parents and our immediate friend circle would often throw them, and there’d be an eclectic mix of music playing- namely Hindustani, Rabindra-sangeet, American and British folk and classic rock. Along with just listening and having things on in the background, we’d often sing together as a group – so I was constantly surrounded by a very musical environment.
Grew up in Navi Mumbai, a suburb east of Mumbai-proper. While it has a small town feel, it’s gotten increasingly crowded and commercially developed over the years – I studied for a long time in Bandra before going to boarding school for 11th and 12th. I started learning music at the age of 7, piano western classical. Did that for almost 8  years before abandoning it entirely to teach myself guitar and drums.

How did it begin then…your romance with music?
Classical music introduced me to an interesting but ultimately, in my mind, a fairly narrow variety of music that I was simply exposed to through the lens of sheet music, recitals and exams. So teaching myself how to play things, taking my own pace was the first step towards realizing how much I actually loved music. Even doing something as simple as learning my favorite song on the guitar brought a lot of joy.

Is music the only memory while growing up?
Music was an important part of my memories but not the memories themselves, if that makes sense.

What are the instruments you love to create with?
I started out favoring a barebones guitar and voice only arrangement – doing that helped me first figure out how to write music in the first place. As I continued through college and learnt to use basic DAW setups, software and recording techniques, I started messing with keys, hand-played percussion. Before making this album, I had worked on a lot of music with bands, which then opened the door to multitracking guitars, bass and drums. But all in all, I don’t stray too far from the basic guitar, drums, bass and vocals setup, along with occasional keyboards, percussion etc.

How would you describe your music sensibility?
I genuinely enjoy listening to and making a lot of different kinds of music. In general, I guess I’ve always strayed towards, vaguely speaking, “melodic” and pop music as well as good lyricism, but of late I’ve been more interested in drones, minimal arrangements and noisier music too. 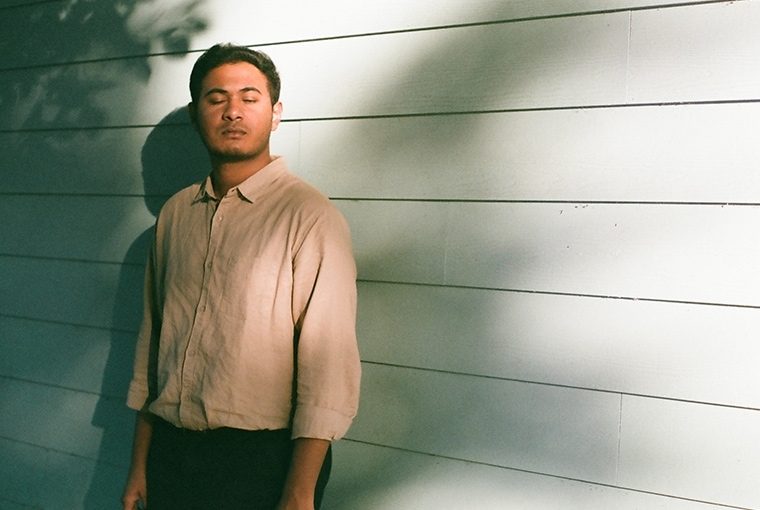 What took you to Los Angeles and how do you spend your time here?
I went to LA in 2012 for my undergraduate education. After 4 years, I decided to stay in LA and work full time while working constantly on music solo, and in two bands. Being in a band in a place like LA is hard work and a great deal of perseverance but it’s also very fun, continuously inspiring and it challenges my approach to music a lot.

You started writing Bengali Cowboy last year and the single came out only by 2017.Tell me what all has this album taken from you?
Unlike most of my earlier material, which I made as ideas came and went, there was a significant amount of intentionality and a clear ideology involved in making Bengali Cowboy. I wrote “My Diary” sometime in early 2016 and that’s when I had the idea of making a full-blown country and folk concept album as a debut full length. The album has taken countless recordings and re-trials, many reworked versions and a lot of dropping and adding songs to arrive at what I see as, more or less, the most cohesive thing I’ve worked on.

What do you want to share with this album and where did it find its inspiration?
I’ve always been very drawn to country music, not only because of its musical features like slides, wall-of-sound guitars and big, reverb-y spaciousness; but also it’s lyrical themes, which, in a classical sense, are very self-referential. Country music is kind of always about a strong sense of home and identity, what keeps you grounded, as well as a great deal of nostalgia and family. Having moved around a lot throughout my life, and witnessing my family becoming very nebulous as we live in different parts of the world, I was fascinated by the idea of making a country album that wasn’t about one place in particular. A sort of post-modern cowboy in some sense, I suppose.
Also, country musicians reflect a lot on their own lives – so there is something inherently selfish about country music, and I’ve noticed that too, about this album. But I justify it as a necessary process that’s meditative and important in coming to terms with my problems and demons.
Moreover, I identify as a diasporic individual, and a lot of the album is about figuring out who I am and where I belong, as well as confusion about my origins. Appropriating the country/cowboy aesthetic and identity, therefore, to me, was also an interesting creative process because I basically am sort of placing myself in a paradigm where Indian singer-songwriters usually don’t exist. So, I think to some extent, I’m trying to disrupt some accepted conventions within country.

Do you have a creative process? Describe a day in your life.
Most days I’m at work, I work full time at a non profit in LA. Other than that I’m pretty much working on music myself or with my bandmates, exploring the many urban and natural delights of Southern California, and constantly trying to make myself a better person.
As far as a creative process goes, I have none in particular. If I have an idea for a song, I quickly record guitars, drums and bass and try and get a basic demo down for the track that I can experiment with. Then I do the whole thing all over again (and again and again and again if needed) until I’m satisfied.

What lies ahead?
That’s something I can’t really predict. Good things, hopefully.