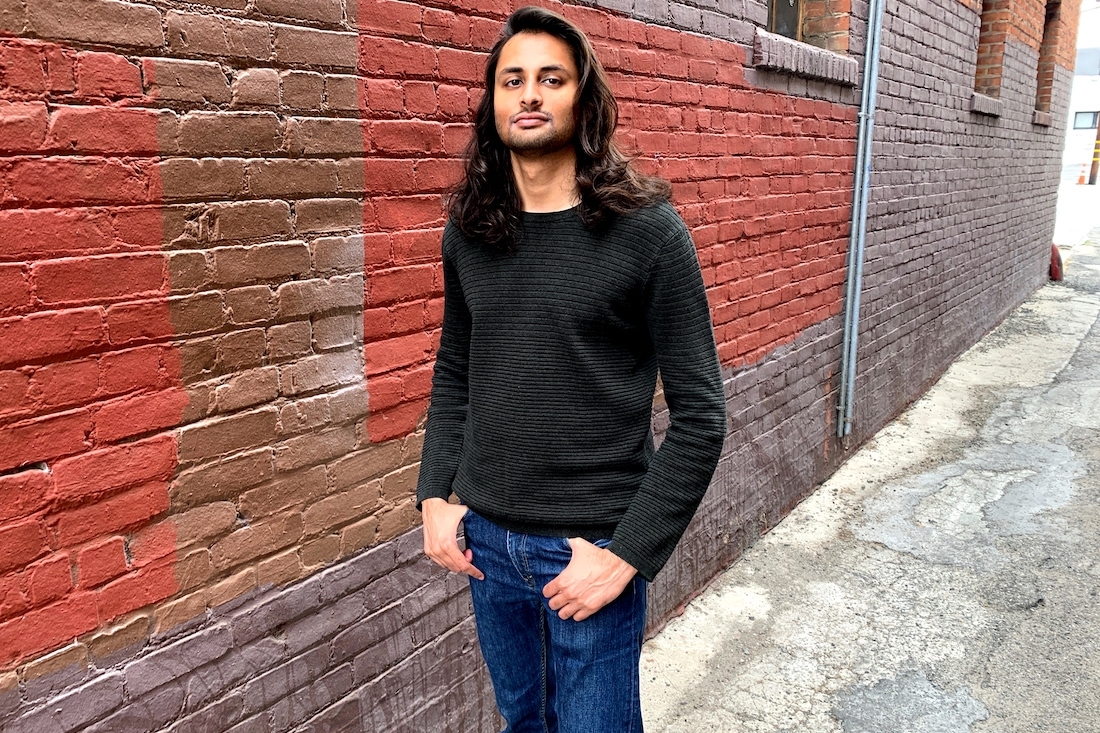 New York, London, Mumbai, L.A. — over the years, Saahil Bhargava has called each city his home. The singer-songwriter has had music as the backdrop of his life for as long as he can remember. Being a storyteller at heart, his songs are always emotionally charged. He is always exploring new concepts and ideas, and weaving them seamlessly with his rhythm. In his track Mama, he speaks of an oppressive structure and the people’s fight for freedom. Although open to interpretation, anguish, despair, fear and resistance become themes which unify the track. Recently, his latest track Kohima, also explored the narrative of soldiers going off to war, and in the midst of the turmoil, their desire to return to their loved ones.

We spoke to him about his music, influences and plans for the future.

How did you become interested in music?
I've been singing since I was three and playing piano since I was five, so it's been part of my life for a long time. I grew up listening to everything, from Chopin to Queen to Linkin Park, which drove my interest in music. As a result, I've performed in various ensembles, in styles ranging from Classical Piano to Jazz Ensembles to Rock/Metal and even Musical Theatre. All of these experiences were big influences on my writing and singing style today.

How would you describe your musical sensibility?
My music tells stories about characters going through deep emotional experiences or big moments in their lives, with the lyrics, melody and harmony all contributing to that larger feeling of the story.

What inspired you to create the song Mama?
The theme of Mama is actually inspired by a Japanese anime called The Promised Neverland. The character Isabella (aka the ‘Mama’ of 38 kids) is a complex and fascinating villain, and the song Mama is my interpretation of what I would feel like going through her life. In terms of the music, I took a lot of inspiration from bands like Muse, Bring Me The Horizon, Linkin Park and Karnivool, with a lot of musical theatre inspiration thrown in on the lyrics.

Your songs are usually laden with intense emotional experiences. What drew you to this particular theme, and does it stem from a personal place?
In addition to being a singer, songwriter and composer, I am also a writer and a trained actor. All of my different interests came together for this style of songwriting, as I've always been a storyteller. I think the best way for me to convey my thoughts and feelings is to present them through stories. The idea behind Mama, of wanting more freedom to follow our dreams but being trapped and suppressed by the circumstances around us, is universally relatable regardless of where someone is from, and it is certainly an emotion I relate to and wanted to capture in this song. But I also like that Mama (like my other songs) offers everyone the ability to interpret it in their own way.

Do you feel compelled to discuss any other particular issues or themes through your work?
I try to have an encompassing theme for each group of songs I write and release. For my upcoming first EP Mama, I explore the theme of losing oneself, whether it is physically (like in my previous release Wind), or more mentally and emotionally (like in Mama). My future releases leading up to this summer's EP are also exploring this theme.

I'm also very driven by the idea of wanting to break boundaries that people assume are necessary in music. My music does unique things harmonically and melodically, that are certainly not conventional (at least in the mainstream space) and I think my lyrics are fairly unique, both with their story-driven approach and the context of the subject matter. Mama actually doesn't even have a ‘unified’ chorus of sorts, as the lyrics keep changing. I'm excited to keep exploring this aspect of my songwriting, while still striving to make sure my music is relatable to everyone.

What's next for you?
As I mentioned above, I have an EP coming this summer. The next big thing is another single dropping in April, and I'll have more tracks releasing, leading up to that EP. Beyond that, I hope to keep writing story-driven songs, hopefully leading to a full story-driven album someday. Of course my other big goal in the near future is to be able to perform live in front of audiences when it is safe. I can't wait to play these songs for everyone.