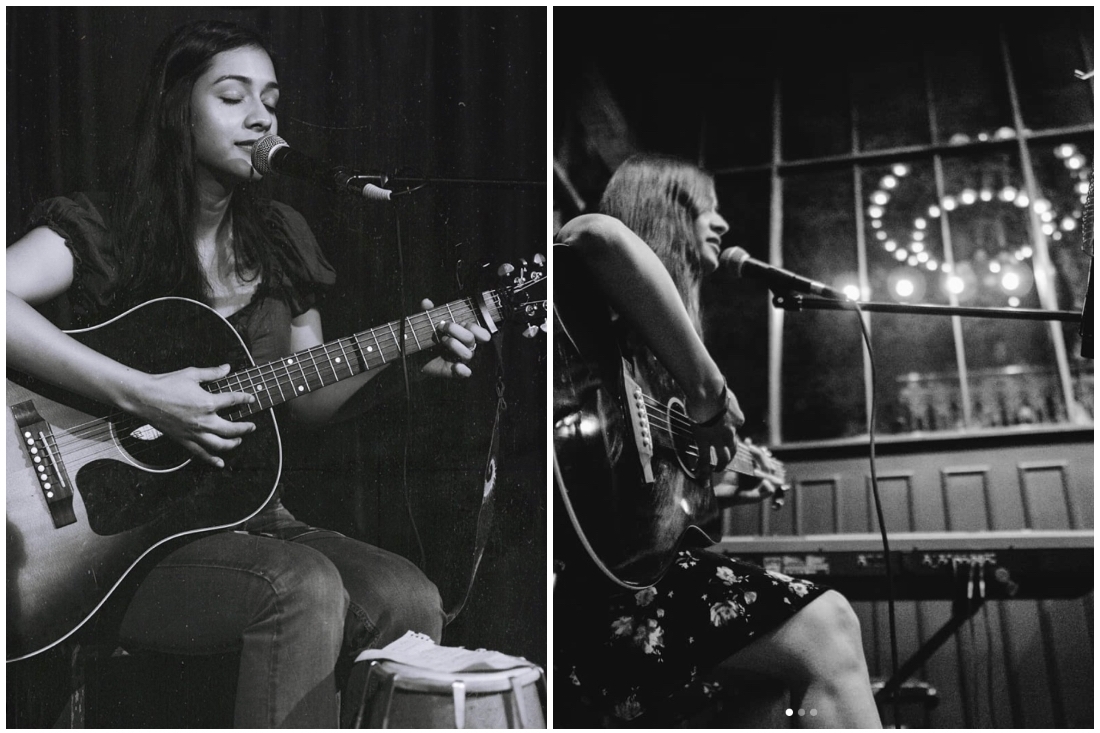 Tanmaya Bhatnagar is a self taught singer-songwriter currently based in Delhi, but her life has been a story of rooting and uprooting. Tanmaya's father was in the army, so she has lived in Chennai, Tamil Nadu, Gangtok, Sikkim and Rajasthan before settling in Delhi. She’s from everywhere and nowhere — her home and solace are music.

Growing up, Tanmaya’s mother was always playing the guitar or the keyboard and writing songs. However, it was only years later that she picked up the ukulele and the guitar to teach herself how to play it, and started expressing herself through songwriting. This was also the time when her reality wasn’t the one she wanted to be a part of. She started losing her mother to schizophrenia and music saved her. ‘It kept me sane and also kept me connected to my Mother somehow. So I continued. I aspired to be more kind, empathetic and create whatever I create with honesty,’ she tells us. We connected with her to know more about her journey and her upcoming debut EP.

How did your romance with music begin?
My mother, it all traces back to her. She taught me the keyboard when I was a child and I (tried) to sing at school sometimes. My father would also sing with my mother at gatherings sometimes. I grew up listening to ABBA, Queen and watched movies like The Sound Of Music and Mary Poppins, and that truly made me fall in love with music and singing.

Though It took me a long time to begin writing my own songs. Also took me a while to start performing in front of an audience. I have always been a shy person. As they say, ‘You are your biggest critic,’ and I was. Yet, once I started performing, I felt that I had a voice and all these stories to tell. Though my love for music was gradual, thanks to the internet, my curiosity and some good friends, I was introduced to artists like Elliott Smith, Ben Howard, Bon Iver, Patrick Watson, Laura Marling and many more. They inspire me everyday.

How would you describe your music sensibility?
When I listen to a song, I certainly listen to the melody, but also the lyrics. The text stands out to me more. I feel great emotion when I listen to a song. I decipher the lyrics and try to make sense of it in order to relate it to my life. Sometimes it happens automatically, and that is why music is the greatest gift — it keeps you connected with your emotions. My songs are like my emotions — raw. My heart out on my sleeve and melodies from my dreams.

What is your five year plan…or do you have one?
Well who has one? Honestly, this question always gives me anxiety.  All I know is, I want to continue to create things — music, design, anything. I list down a set of goals for myself at the beginning of the year and I try to achieve them, but I think it's okay to not have a plan and become a part of the rat race. We are always pressured into thinking we are supposed to be something or have so much money at a certain age. I want to achieve my goals but without being so anxious. I am slowly getting there and I am happy with the gradual transition. I just want to be happy doing the things that I am.

What can the audience look forward to from your new EP?
My EP would be a mix of everything. Songs in both languages — Hindi and English. It will be raw and simple. I hope I am able to record and release it soon. I cannot wait to share my story with the world. I am very excited!

Lastly, what’s next once things get back to normal?
I will go back to India — I have been in Germany for the past few months — and give my father and my brother a big hug, kiss my mom, be grateful to be alive, privileged and healthy, and continue to find my place in the world and record my music.