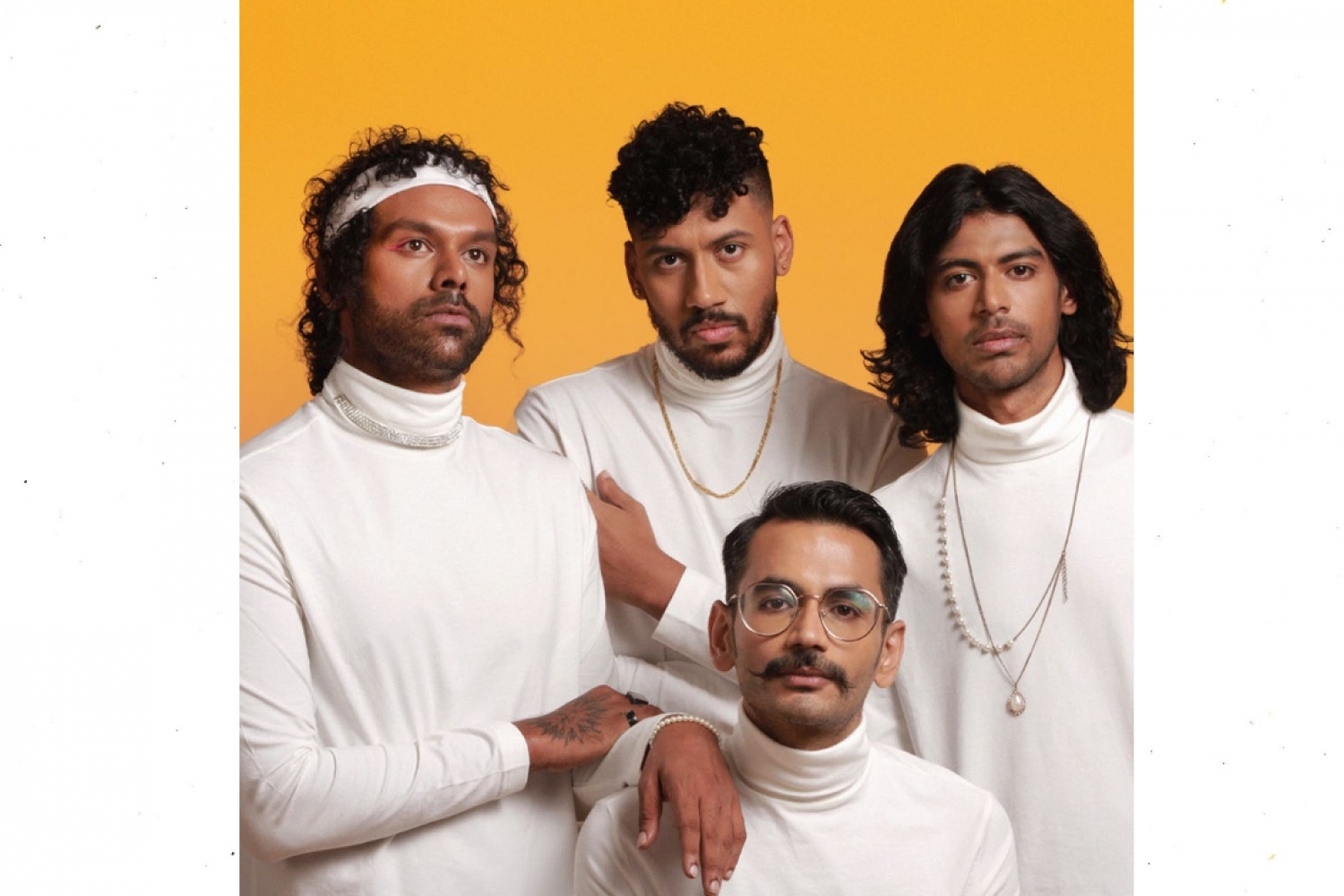 The F16s have been prominent figures in the Indian indie music scene for over a decade. The four-piece band, featuring Abhinav Krishnaswamy, Sashank Manohar, Joshua Fernandez and Harshan Radhakrishnan, has its own unique sound — eccentric, very danceable, and somewhat alt-pop. Their music has always been lyrically and sonically rich, accompanied by an ongoing refinement of their vision. This obviously has resulted in a loyal audience.

While their 2019 release, WKND FRNDS, was an extension of the world the band had meticulously created for itself, Is It Time to Eat the Rich Yet?, their new EP, is a new beat, born after the extended period of economic uncertainty, owing to the pandemic. As the band states, “... this is a joyful celebration of the human condition under duress.” It’s a fresh new development in their craft and visual language. The MV of the first track from the EP, Easy Wake Easy Bake, has the boys running after a golden egg, lending itself to a lot of interpretations. For instance, it could be about the constant chase for wealth and an ideal life.

An exploration of their journey and new music below:

REALISATIONS
It’s weird that all this began at “hey let’s put an EP out and see what happens”. The first one had all our influences in full view. After that, the influences melted away to reveal a distilled amalgam of all four of us. There is a language under all the music, one that’s for us to synthesise and for others to understand. We’re paying more attention to visuals and aesthetics and palettes.

IS IT TIME TO EAT THE RICH YET?
Being holed-up indoors during the worldwide lockdown took its toll. The honeymoon phase got done pretty quickly and this “holiday” got old. As we doom-scrolled, we began to see ever-widening social gaps, inequalities throughout. We knew they existed, but now with minimal distractions, it felt exacerbated. We aren’t political by any stretch, but we made room for it within our usual lyrical themes.

CREATIVE JOURNEY
There’s nothing set in stone. Sometimes Josh has a structure worked out and the rest follow suit. Sometimes it originates from a riff during rehearsals. Sometimes it’s the three of us huddled around Josh as he goes through his night terrors. We just take notes and help him make sense of it all. All acts serve the song, our individual egos are set aside. That’s it, in a nutshell.

CHANGES
Last year changed us in many ways and how. It helped us discover a rhythm of working that accommodated our separate lives, since all of us had to look for more work thanks to zero live shows. It forced and helped us channel our frustrations in a better and healthier way.

This article is an all exclusive from our November EZ. To read more follow the link here.