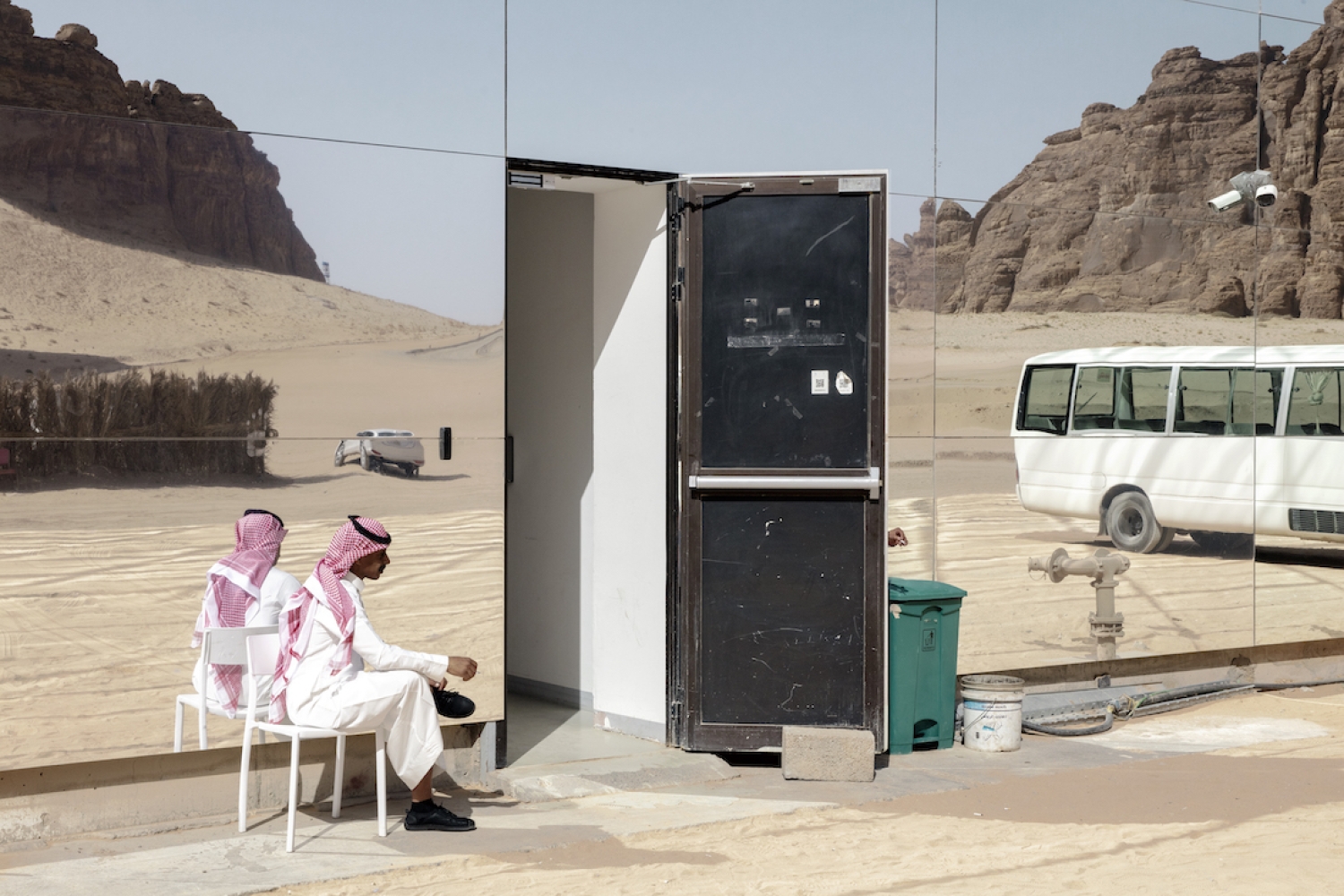 During their residency - from 3 to 24 March 2022 - the six photographers experienced a program of training and cultural exchange with opportunities to immerse themselves in the extraordinary landscapes and creative communities of AlUla. Guided by a group of internationally renowned curators, photographers and lecturers including Kholood Albakr, François Hébel, Nathalie Herschdorfer, Corinne Noordenbos, Arianna Rinaldo and Gaia Squarci the six photographers created works inspired by the rich heritage and culture of AlUla.

Following the residency, the artists will now present their work in six individual exhibitions at the Cortona On The Move 2022 festival in Italy. The six exhibitions include:

Wrinkles by Hussain AlSumayn (b. 1992, Saudi Arabia)
The relationship of humans to their environment is not only a pastoral and spiritual relationship. There is a genetic dynamic which puts in symbiosis the nature of the environment with the nature of its people. For his project Hussain AlSumayn photographed the people of AlUla and the mountains surrounding the city, revealing similarities between the forms of the landscapes and human features. He recorded how in old age, people and nature come to look alike in their “wrinkles”. AlSumayn is a photographer, filmmaker and passionate visual artist who created the first Phone Photography Tour in Saudi Arabia. 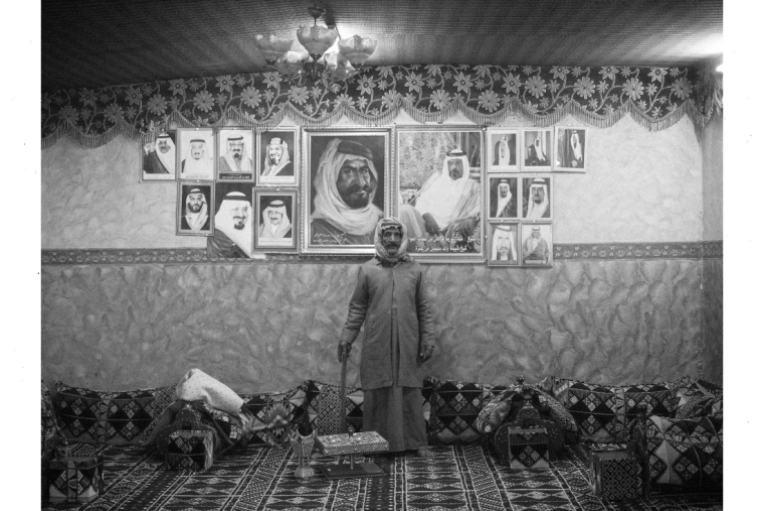 A Disparate Familiar by Huda Beydoun (b 1988, Saudi Arabia)
Beydoun is a visual artist who works with mixed media and photography. During the residency she brought an intent to bridge the familiar with the novel and spent time in AlUla seeking to understand all she could from the people, the spaces and the hidden customs that govern them both. During her search, she came across the Madrasat AdDeera, a school where women practice a range of handicrafts. The experience of photographing the day-to-day of these women shaped much of Beydoun’s project. Beydoun is a visual artist, fashion photographer and Art Director, who exhibited at the 2013 Venice Biennale, and has received several national and international awards

Objects in Mirror Are Closer Than They Appear by Martin Kollár (b. 1972, Slovakia)
For Martin Kollár, encountering the raw physicality of the desert was a fascinating experience. He discovered the desert in AlUla as a storage place of the rejected, conserved and untouched, where inscriptions engraved into the ancient sandstones existed alongside yesterday’s graffiti. Abandoned objects in the desert were transformed into a future archaeological warehouse. Kollár has exhibited at the Brooklyn Museum of New York, the Tel Aviv Museum of Art and the Musée de l’Elysée in Lausanne. 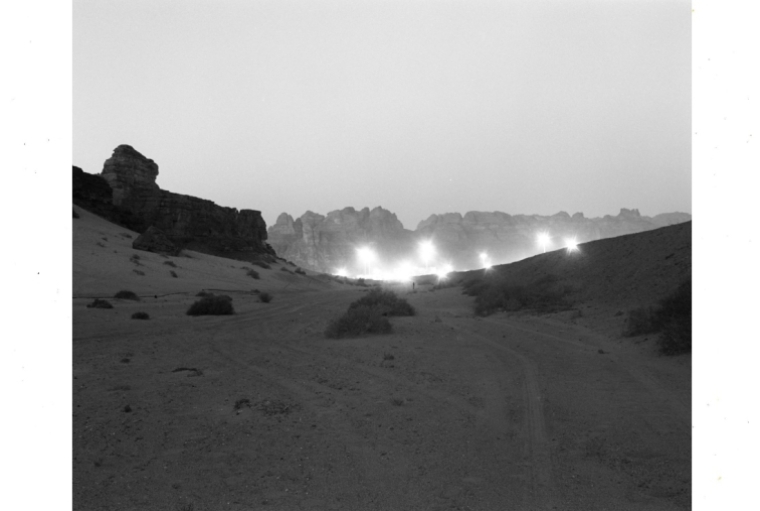 From the series "Under Land" © Awoiska van der Molen

Fast – Paced by Hayat Osamah (b. 1993 Saudi Arabia)
Hayat Osamah is a Riyadh-based artist, photographer and director who has worked with major media brands such as Vogue and GQ. Having initially been consumed by the challenging nature of the project, Osamah’s journey in AlUla changed her perspective on many fronts. The more she observed, the more she realised that the crucial element to tap into was the people and how changes affect their behaviour. One of her most profound experiences came through the trust and generosity of a poet, Falah Ameed Al Khamali, who lives in his tent isolated from the noise of a society in transition.

(Almar’a) by Eleonora Paciullo (b. 1993, Italy( المرأة
Eleonora Paciullo titled her project ‘ المرأة ’ (Almar’a), meaning ‘woman’ in Arabic, and focuses on the Saudi Arabian women she met in AlUla. Her desire to know more about these women stemmed from her interest in discovering new cultures and traditions concerning women’s lives. Her photographs, taken during her artistic residency in AlUla, attempt to record the women behind the niqab, including their dreams and ambitions as leaders, artists and people with a vision to participate in the change that is happening in the Kingdom. Paciullo is an Italian photographer, book designer and photo-editor of The Light Observer magazine

Under Land by Awoiska van der Molen (b. 1972, The Netherlands)
van der Molen’s work captures her attempt to penetrate into the core of the isolated worlds that she photographs. To create her images, she visits untouched landscapes and unspoilt nature with its natural rhythm. Speaking about her work van der Molen says “I experienced this primordial space while walking through the desert and oases of AlUla. Blinded by sun and by darkest nights, I entered into the liquid world this desert once was.” van der Molen is a Dutch photographer and visual artist who was selected for Prix Pictet, a world-renowned photography prize dedicated to sustainability; she has also published three books: “The Living Mountain” (2020), “Blanco” (2017) and “Sequester” (2014).

On The Brink Martand Khosla

Khosla’s visual and material investigations manifest the very real anxieties both individuals and the body politic find themselves ensnared within.