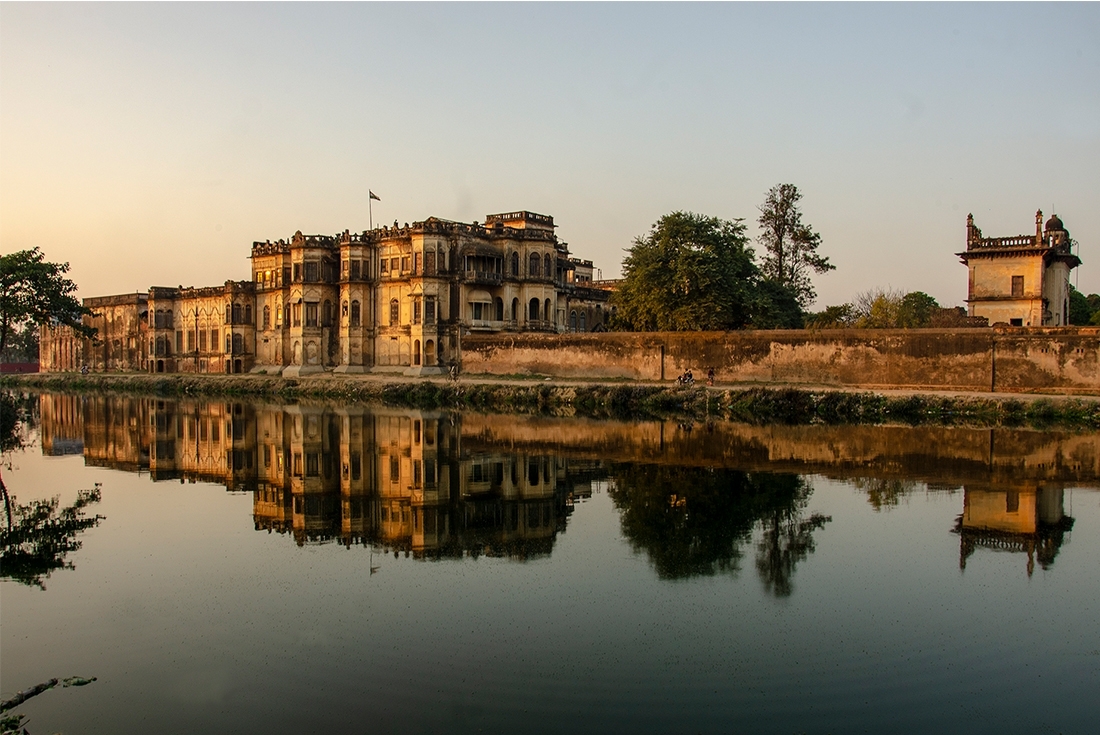 When I had first visited the Mahmudabad Estate, I had wondered if buildings age with a panache that people rarely do. I was smitten with the colossal estate’s beauty of decay with the chapping plaster of the walls, the dust that settled often, and the looming charm of the seasoned paintings. While the estate encapsulates an architecture of loss, it also preserves the spirit of recovery – because what good would buildings be if not the people they look after? Located 60 kilometers away from Lucknow, the people of Mahmudabad breathe life into the Mahmudabad Estate by keeping alive its history in the present. They pray, cook, weave and tend to the wisdom of the library. The Estate has now also started a residency that encourages artists spanning across different fields to complete their projects. Platform speaks to Ali Khan Mahmudabad about all that the Estate stands for. 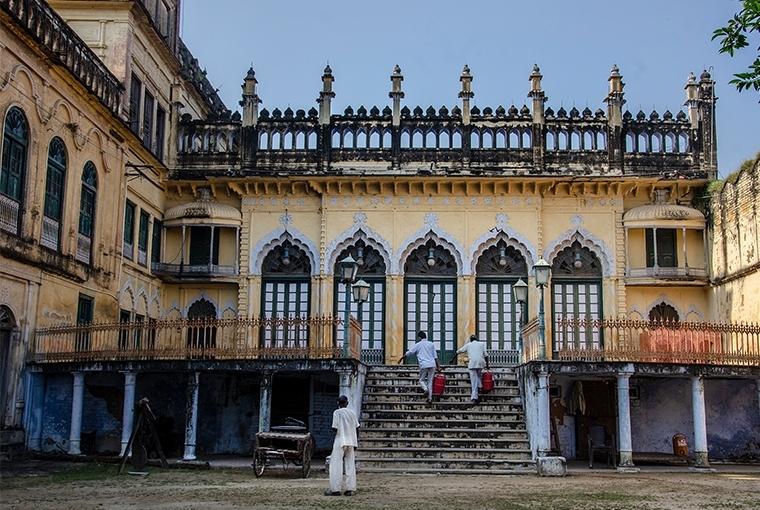 What is your relationship with the Mahmudabad Estate, and how has it influenced your professional interests?

My relationship to it is difficult. I am from the area called Mahmudabad and my roots are there. And I have never really approached life from the perspective of profession, and what I want to do. Somehow, there has been a confluence in the things I have done because there were many aspects in the family’s history – they were very involved in the freedom struggle, they were very involved with and patronized religious occasions and they were foodies. So, somehow, I have managed to navigate through all these worlds.  I studied history and political science. Then, I spent a lot of time in Syria learning Arabic, and also in a religious space – a kind of madrasa, learning the language of jurisprudence and theology. Then I went on to do my PhD on belonging to a Muslim identity. I think I always knew I wanted to come back to India because I wanted to be near home. It was never from a sense of duty, but from a very young age this was one thing I was very clear about. And when I did come back, I started teaching while also trying to figure out how to preserve various aspects of history and culture but without falling into the trap of commercialization or reductionism where you play into some stereotype. I think to make history and culture relevant today, you have to let some things go and try and preserve some things. This was what brought me back. I wear many caps. In Urdu, they say “kisi to topi pehenana is to make a fool out of someone”. So, I do that to myself. I have an Ashoka topi, the Mahmudabad topi, I have the Samajwadi Party topi. I also try and write for newspapers – the idea is to remain relevant to the public space. While this sounds fun and interesting, it is also privileged and does get difficult at times! 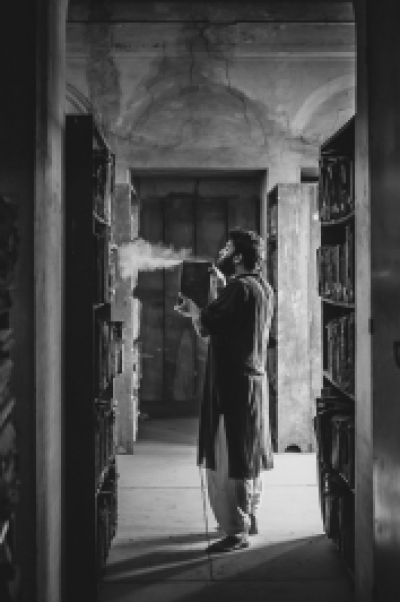 Manuscripts are also really fragile and rare! We have books and magazines ranging from Horticulture, to the Manufacturing Industries, to Horse Riding. And in those days, books weren’t simply bought singularly. People acquired an entire collection from somewhere, or hoarded catalogues, and that inevitably ends up making the process very eclectic.

How was the idea of Qilasaaz – the Estate’s initiative to preserve the art of different kinds of chikan embroidery conceived?

It was a project that my mother started! Generally, this was a skill that was in the hands of women who used to make things for the home and for various religious ceremonies. And gradually, they were dying. So, I think it was around the early 90’s that my mother decided to preserve these techniques, and also at the same time give these women a kind of income that was independent of their husbands, and would contribute to their lives and their daughter’s lives. These are the two reasons why Qilasaaz was originally initiated.

The Estate is home to a rather wise library with a collection that visibly extends over ages. Are efforts being made to preserve the books as well?

Parts of the library have been digitized. The Urdu section has been digitized by the Rekhta Foundation. The Arabic, the Persian and the English book remain unfortunately, because it requires huge resources. But we have started in a small way, and now we’re trying to preserve the manuscripts. There are around 2500 manuscripts. We’re working with something called The Endangered Archives Programme which is a part of The British Library. They fund the digitisation, and it is a very technical thing, you don’t simply take a photo. Then we’re also working with the Hill Museum and Manuscript Library. These are just two ways in which we have begun. Manuscripts are also really fragile and rare! We have books and magazines ranging from Horticulture, to the Manufacturing Industries, to Horse Riding. And in those days, books weren’t simply bought singularly. People acquired an entire collection from somewhere, or hoarded catalogues, and that inevitably ends up making the process very eclectic. The next project which I have is to try and look for funding to digitize our photographic collection. And those books hold a very rare ethnographic collection. 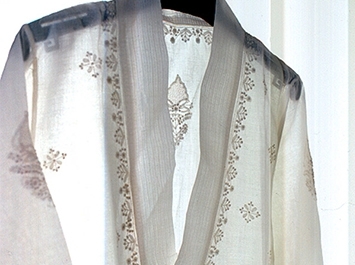 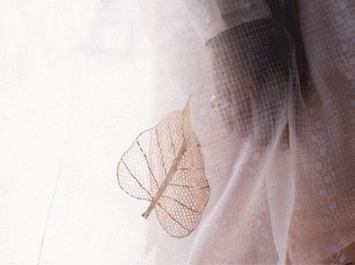 The new residency Ilham, started within the Qila tries to give artists and writers a space away from the noise of the city.  What was the idea behind the residency, and what are some projects that you are now expecting?
Ilham, means a sort of inspiration, and it is very different from revelation. It is believed that the best poetry is written under some kind of inspiration. So, the larger idea goes back again to the cuisine and Qilasaaz. The idea is to preserve something without commercializing it, and also to stay true to what it is. This perhaps means that initially people are going to say that what you’re doing is not a neat business model, or any kind of model. It is the same with Ilham. The idea was to basically to try and create a space where artists would come and ideally bring projects that they want to finish. I have always thought of the Qila as a living space. I know people who’ve turned their residences into hotels due to economic circumstances. But I think that fundamentally changes the place. And I understand that we cannot really run away from the question that this needs money. But the idea with Ilham was to not stray too much from the soul of the place, but to also be realistic and realize that this needs money. Ilham was then started with the intent of keeping the space a living place, and a place of creativity and culture in the broadest sense of the terms.
We have had a filmmaker come from Brooklyn to edit the film he was working on. Someone came just to read. Someone came to finish their writing. There have been queries about photographers and painters who want to come and do projects. These are some very different ways of utilizing the residency.

The Qila, as a space, is an amalgamation of both the past and the present, and has rather rightly been referred to as ‘living history’. How has this ‘living history’ impacted the lives of the people around the Qila?
So, to begin with Qilasaaz – it has made all the women associated with it financially independent. A lot of people are very moralistic about how change should happen, especially where women are concerned. A lot of people have this idea that they have to go and tell women that they’re not living the right way and so they need to change. This is something that my mother never did. She never told them – “Don’t wear the veil!’. “Don’t have large families!” What is very interesting is that it happened on its own. And the whole point is to empower people. It isn’t to tell people what to do! So, Qilasaaz definitely empowered people. As far as the food project is concerned, we’re involving people who don’t see a future in continuing these old skills. In fact, we still have the person who is the oldest individual in the kitchen who is above 95, and still comes and makes bread. He began as a naanpaz. He still says that he is not a bawarchi, and that he is still basically a bread maker. Now, we are trying to involve the younger generations in learning all the recipes. Otherwise, like all art and skill, this will die. I remember there was this one time that someone suggested that we should get in waiters and so forth for serving the guests for better hospitality. But I was very hesitant about it. The idea is that it is a living place, and these are people who are associated with it. So, why should I get someone from a hospitality institute? Because then again, you begin to standardize. Even for digitisation, we’re trying to bring in trained local upskilled people.

Are there some new initiatives that the Qila plans on taking up in the future?
One of the main challenges is that Mahmudabad is 60 kilometers from Lucknow. One of the things that we plan to do in the next year is to have the facility of people staying both in Lucknow house is Qaiserbagh and in Mahmudabad. We’re hoping that this would then help the other projects. And now we have decided to source ingredient locally so that everything is benefitting either the farmers, the goat herders, etc. I think one of the big projects we’re going to try and build a gallery space in order to tell the history of Mahmudabad. And also another place that does the story of Muharram, particularly in the context of India.

An Unfinished Poem by Jogen Chowdhury

Unlike larger compositions, the artist's works are small format, created with consummate skill, whether they are minimalistic outlines or intensely textured.