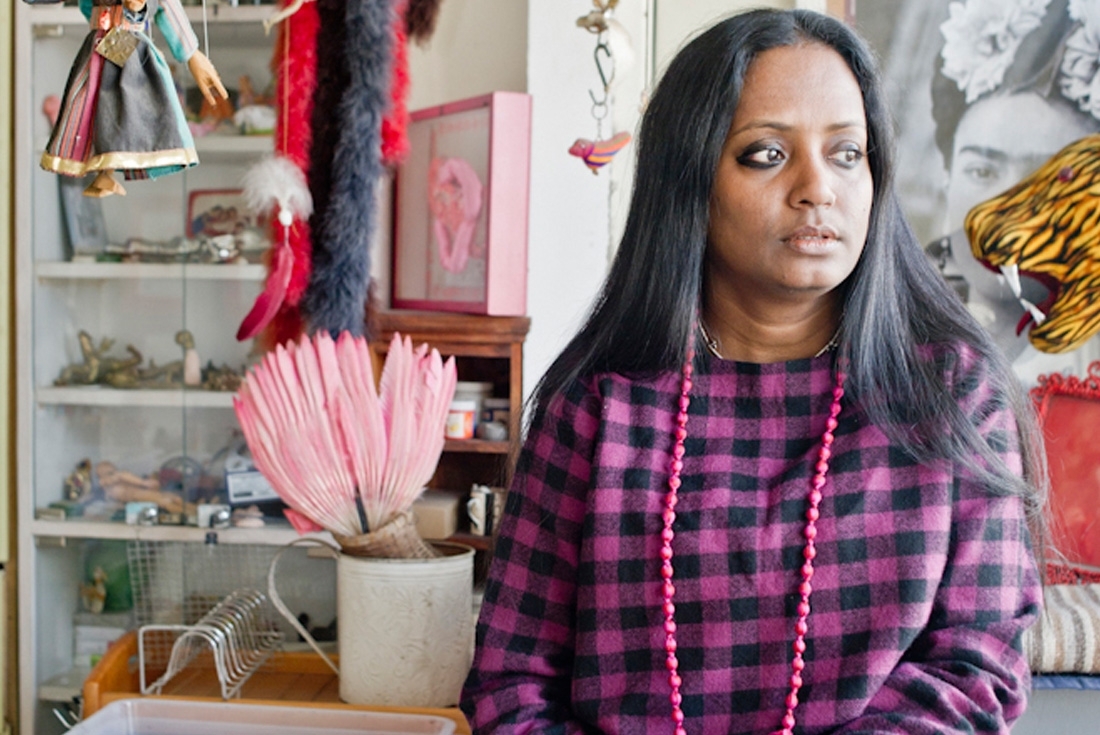 By punctuating the limits of language through the medium of nonsensical speech, over the last two years, Mithu Sen’s practice has consciously entrenched itself within the realm of the performative. For her artistic project at the second Dhaka Art Summit in 2014, Sen chose to remind the art world of her poetic predisposition, marrying this impulse to her penchant for producing site-specific art. Her Batil-Kobitaoli [Poems Declined] was a multi-media installation, the result of her research, collection and reading of unpublished or rejected poems by aspiring Bangladeshi poets. Sen created painted works out of typographical marks made on the manuscripts in question, elevating the mistake into a grand, abstract gesture, thus re-inscribing into public discourse the linguistic efforts of identity-less poets, whose careers were thwarted because they couldn’t transcend institutional barriers.

A precedent for this work was her contribution to the exhibition, Word. Sound. Power (2013), co-hosted by Tate, London, and KHOJ, Delhi, Sen produced an installation titled I am a Poet, where she, once again, subverted the domain of institutionalised language and ‘meaning making’ by allowing readers to evolve their own nonsensical interpretation of computer-generated gibberish. ‘Not bound by rules of grammar, diction, vocabulary, and syntax, these poems suggest another medium of understanding,’ she wrote. ‘No one but you speaks this language. It is yours to read, to decipher, to interpret, and to understand.’ 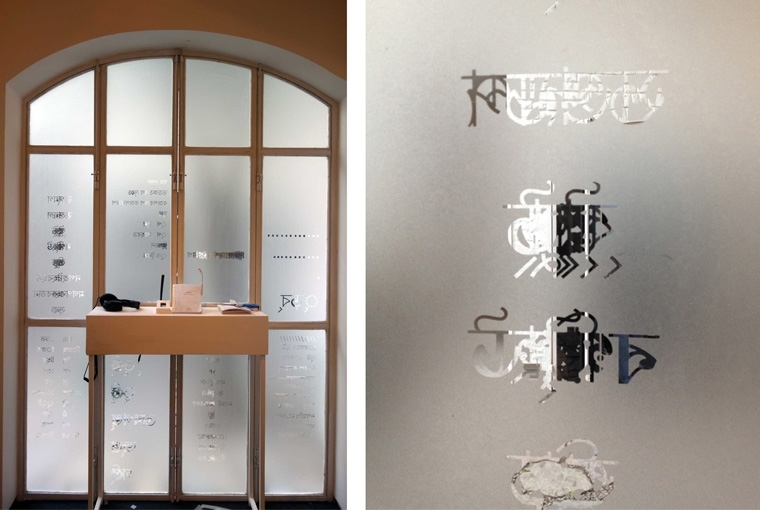 I am a Poet

Her most recent performance, Aphasia as part of Field Meeting: Thinking Practice, at The Guggenheim, an important event in the Asia Contemporary Art Week schedule in 2016, was meant ‘to challenge the given conduct of things that conveniently pass as normal’. The film-cum-performance piece, she says, ‘made people experience the feeling of controlled power and its politics, the feeling of being dominated and suppressed by others’. Her idea was to create a language that had no barriers as a way of communicating beyond what’s comfortable while also questioning the hegemony of the English language in art discourse. Sen continued with the ‘non-language’ through the ensuing discussion sessions that engaged the moderators and other panelists who, she says, ‘Settled into responding in their own version of non-language’, at which point the event became a non-scripted performance.

Sen equates medium with life itself, especially in what she calls a ‘post medium era’, within which she sees her performance work as another dish in the expansive main course that constitutes her artistic trajectory. ‘The main course contains poetry, words, smell, drawing, sculpture, objects, graffiti, installation, photography, performance, film, home décor, friendship, teasing, provocation, phone calls, chatting, Facebooking, and even more,’ she says. ‘I live a life and want to continue in such a way, so when I will die, the legacy will continue on its own.’