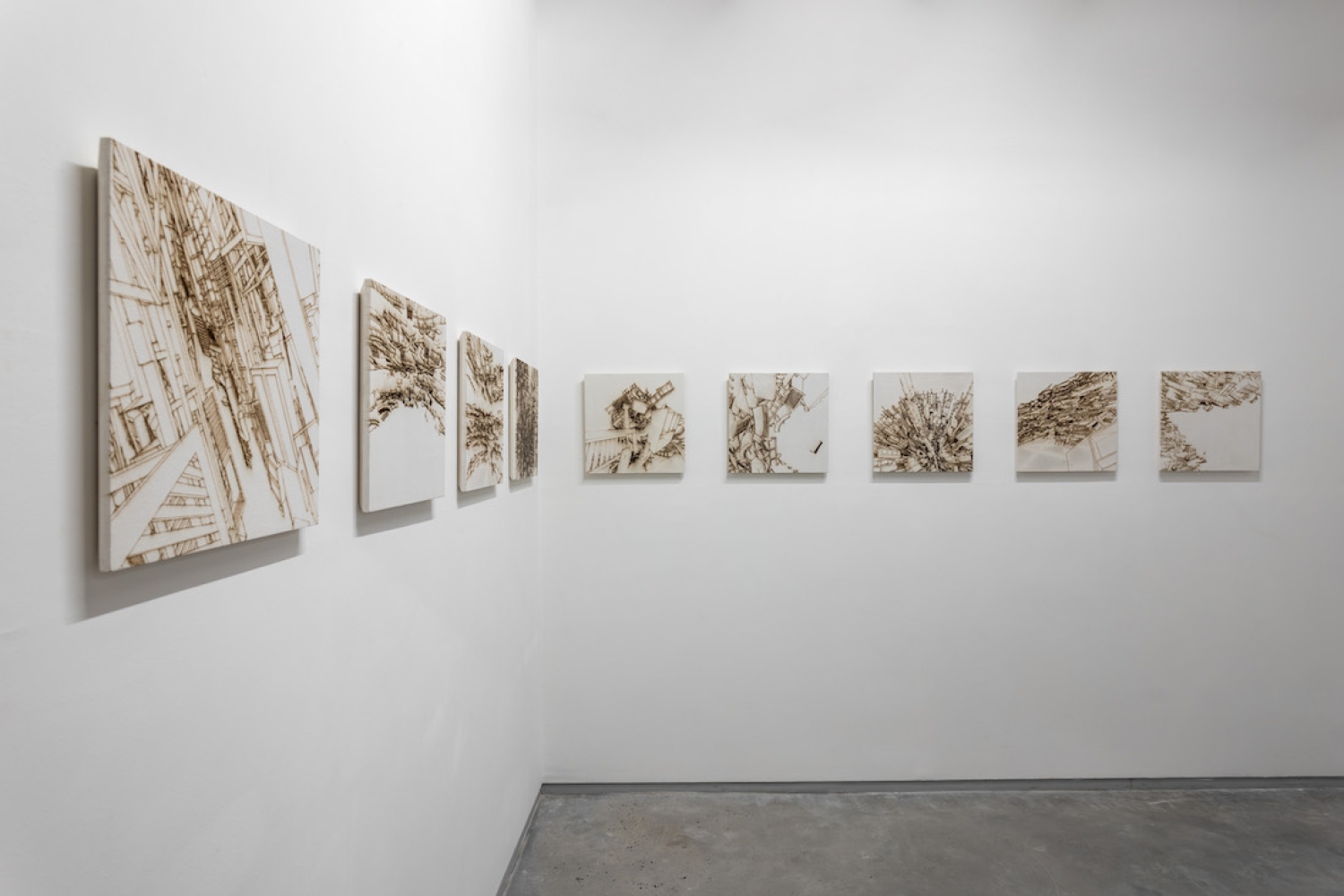 On The Brink Martand Khosla

It is not surprising that a great deal of contemporary art being made in India today is inspired by the unending cycles of destruction and construction of buildings and the uncontrolled sprawl of its many cities. A building site is often a repository of a wide variety of aesthetic possibilities, reflecting any number of sculptural investigations which have taken place in the past one hundred years. But does the simple recycling of various materials and techniques into a new context tell us anything about the state of India today, make any sort of statement other than that “this is happening”? As our lives within the subcontinent have become a constant contest of maneuvers around infra-structure developments and diversionary tactics, how might contemporary art shed light on the larger issues that have caused this to happen?

Martand Khosla is the son of an architect and received a degree from the Architectural Association of London in 2001. His artistic practice is directly informed by his experience as an architect: by a familiarity with a wide variety of materials and techniques but also a working knowledge of the economic and political systems that influence the buildings, communities, and urban mutations that are created. For Khosla, the city is a living entity in a state of continual regeneration, shaped by powers both conscious and not. He sees the current state of affairs in India today, as in most parts of the developing world that are being incessantly urbanized at hyper-speed, as one defined predominantly by violence: violence to nature, to history, and to the populations of inhabitants. Capitalism and Politics often wash each other’s hands to maximize the benefits to a few, regardless of the desultory effects to the many. Private space is prioritized over the Public while a bunker mentality commands the Haves, relegating the Have-Nots to their trenches on the edges of the battlefields. A constant state of turbulence is the norm for both material and psychological conditions. Everyone is similarly victimized, in a perpetual state of zero-gravity suspension, with comfort and cleanliness being the only barometers of social standing.

Two dominant disciplines of the 20th Century have come to shape our urban realities. Both Surrealism and Science Fiction began as fictional exercises into the expansion of the imagination, one instigated by Freud’s development of psychoanalysis and the interpretation of dreams, the other by technological progress. But a funny thing happened on the way to the 21st Century. Capitalism hijacked Surrealism and used the strategies it had developed earlier to commodify everything under the sun (Pop Art and psychedelic drugs gave the program a boost) while Science Fiction became less involved with space travel and more interested in how computers were transforming life on Earth. Cut to the present day and the creations of Martand Khosla, which articulate how our urban realities have been shaped by both of these disciplines. Khosla’s viewpoint is both macro and micro-scopic, his results neither utopian nor dystopian but realistic. We live in cities based on the principals of the heterogeneous assemblage, with an unlimited number of material, cultural and symbolic references battling each other simultaneously. Our social and inner lives are streamlined into manicured chimeras by automations and telecommunications that also foment political instability and environmental catastrophe. Khosla’s visual and material investigations take heed of these contradictions, manifesting the very real anxieties both individuals and the body politic find themselves ensnared within.

About the Artist
Martand Khosla’s (b.1975) art practice explores urban continuity and transformation, as both complement and counter to his experience building in contemporary India. Having founded and run an award- winning architecture studio for over twenty years (Romi Khosla Design Studios). Martand initially pursued art to explore how construction- fueled employment shapes identities and nostalgia. Situated as both participant and observer, he employed tools of the State, such as the ubiquitous rubber stamp, to render its imprint on lives within traditional definitions of power and dispossession. Brick dust collected from his construction sites became a language of tension, allowing the material to pay tribute to both the temporary and permanent, to construction and demolition.

An architect’s natural preoccupation with space inevitably emerges in his work, not as a challenge to ‘build’ – but rather to foreground an object’s intrinsic potentiality. His works traverse the lines between sculpture and object, movement and remnant, material and memory. Inspired by his studies of repetition and the human churning of industrialization, he replicates the micro-processes of macro-construction. And simultaneously, he moves from the lens of authoritarian power to its dispersion, exploring the transformations that lay in between. 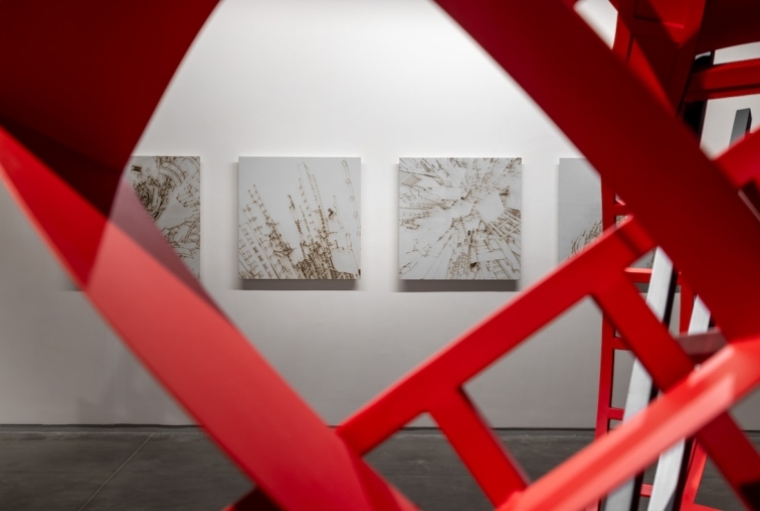