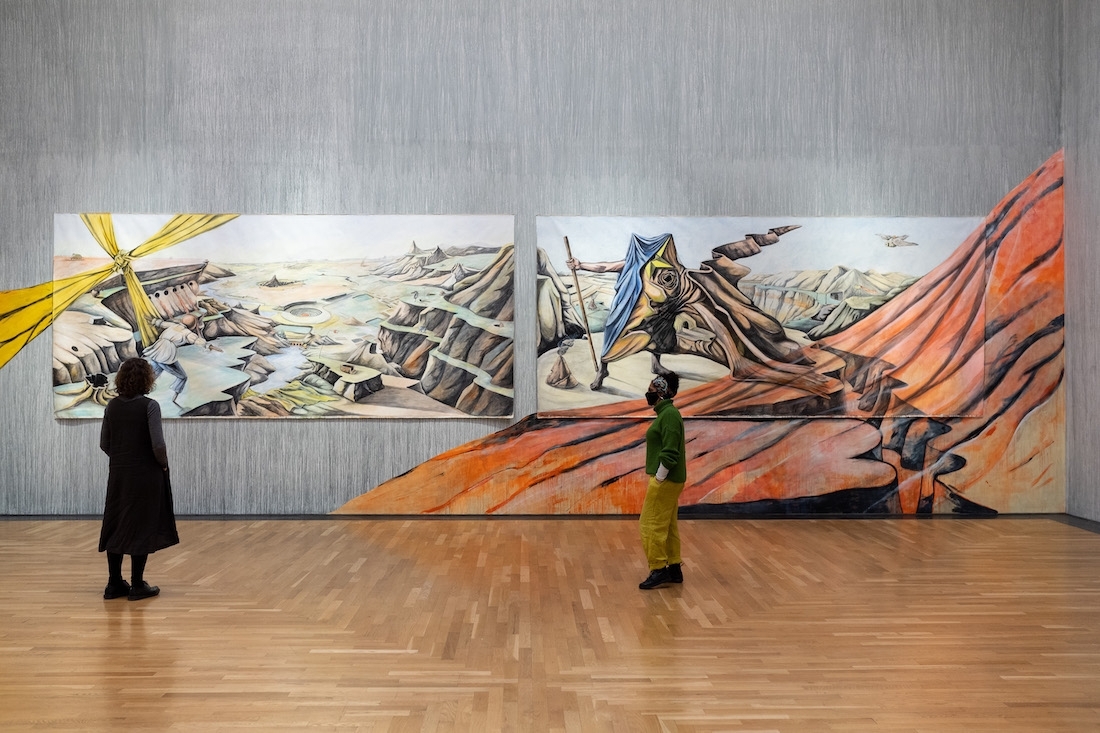 The jury for the UK’s largest international contemporary art prize Artes Mundi 9, has unanimously decided to award the prize to all six artists shortlisted this year in recognition of this time of exceptional social and economic upheaval and to acknowledge the outstanding quality of their individual practices, and the powerfully relevant work that has been either newly created or reconfigured especially for the exhibition. Artists: Firelei Báez (Dominican Republic), Dineo Seshee Bopape (South Africa), Meiro Koizumi (Japan), Beatriz Santiago Muñoz (Puerto Rico), Prabhakar Pachpute (India) and Carrie Mae Weems (USA).

The jury for Artes Mundi 9 comprises Cosmin Costinas, Executive Director and Curator of Para Site, Hong Kong and Artistic Director of Kathmandu Triennale 2020; Elvira Dyangani-Ose, Director of The Showroom gallery in London; and Rachel Kent, Chief Curator at Museum of Contemporary Art Australia. The six shortlisted artists were originally selected out of more than 700 nominations from 90 countries.

The jurors commented “Reflecting on 2020 into the present, this has been a time of enormous social, political and economic upheaval, and as a jury, we have reached a collective, unanimous decision to award the Artes Mundi 9 Prize to all six participating artists: Firelei Baez, Dineo Seshee Bopape, Meiro Koizumi, Beatriz Santiago Munoz, Prabhakar Pachpute and Carrie Mae Weems."

We explore the emotive, dreamy and intricate craft of the artist.

Get to know more about Concern India Foundation’s initiative that combines the intention of art with charity.

Get to know about the visual artist and zine maker’s ongoing solo exhibition, titled Synthetic Flower Dreams, at Method Bandra.

We explore the cartoonist and designer’s journey and artistry.

In conversation with the artist about his artistry and his solo exhibition at Tarq, titled Bildungsroman (& Other Stories).

We deconstruct the fine art and conceptual photographer’s artistry and his photo series about a mother-daughter relationship, titled chaukhat.

In conversation with the artist about his series Exploflora.