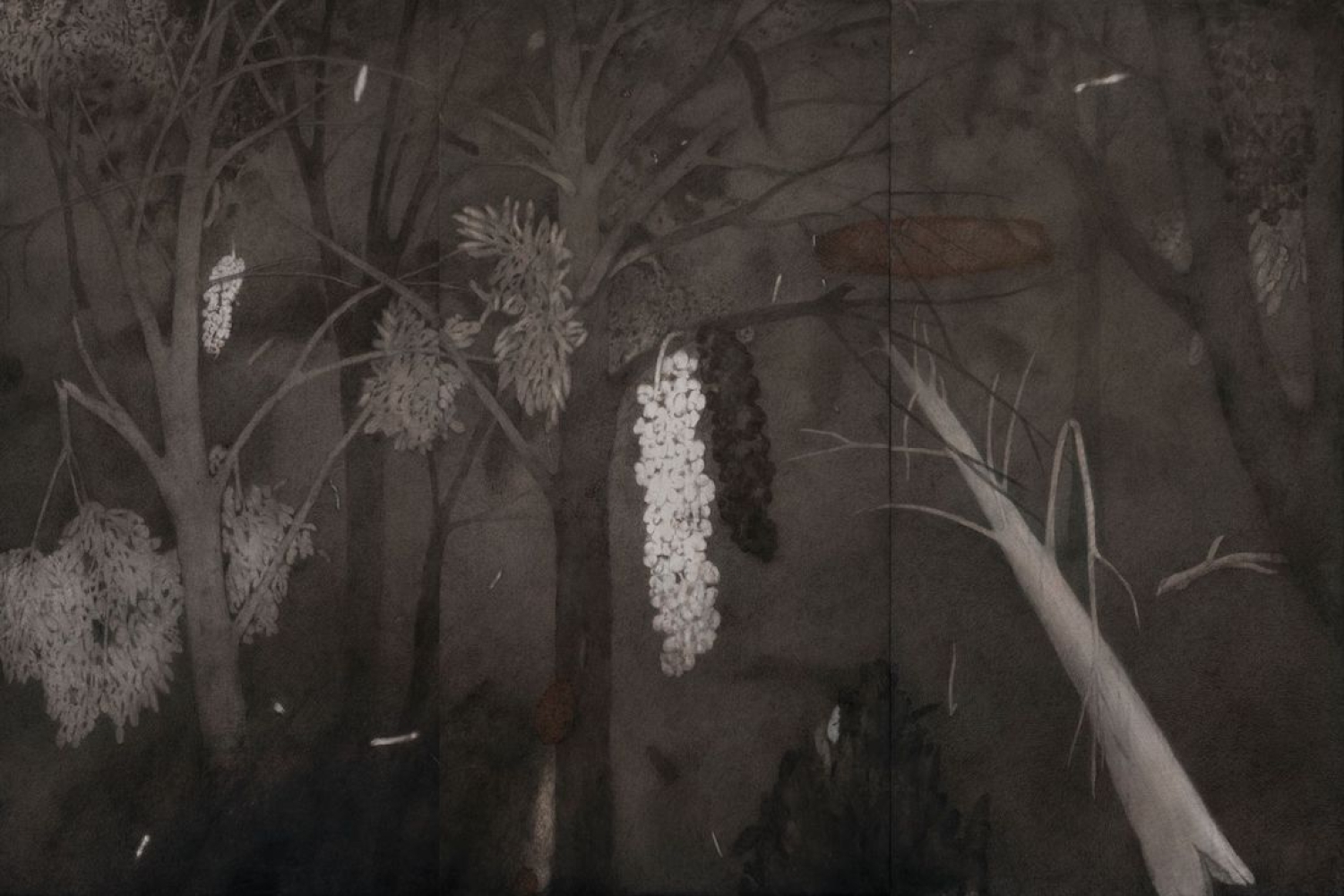 Chandra Bhattacharjee’s recent body of work in Veins of the earth is reminiscent of a primitive landscape, an untamed terrain, evasive of human intervention. Classified by muted tones and modest shades that define his palette, Chandra Bhattacharjee’s surrealistic canvasses are imbued with depictions of the natural world where we encounter flora and fauna, humans, animals, vegetation, manmade forms and terrains coexisting in tranquil compositions rendered in a rich spectrum of greys calibrated between pearl white and charcoal black. Bhattacharjee’s take on the onslaught of nature tries to foreground issues of an ecological crisis that distresses mankind today.

He says, “More and more, I feel the need to dig into the ground which we tread, map, plough, mine, break, rebuild. Our illusion of permanent ownership is so strong that it has become a ‘truth’ that goes without saying. The earth is ours, we claim loudly or perhaps think in whispers even while claiming otherwise in conferences. We dominate, almost forgetting that dinosaurs too dominated. The multifarious species are lost on us, creatures whose ground and air and water this also is — only some of whom we literally get to see or hear and whose individually-sensed umvelten are so starkly different from ours that they may as well belong to another earth as far as we humans are concerned. Our perspective is not the only one and the beauteous world about which we sing and rhyme, even deeply feel and yes imagine, we do only with our limited sensory means. With my million brushstrokes I merely try to widen the seeing — inside the earth.”

The artist responds to these issues creating a unique visual imagery classified by a textural quality that resembles the meticulously maintained traditional mud walls of small tribal villages in West Bengal, smeared with cow-dung. The technique of crosshatching (a method used more often in pencil drawings) used by the artist, in black, over the colour adds depth to his paintings as he interprets the subtle nature of the forest, the veins of the earth.

Manchester Museum’s new South Asia Gallery; the first permanent gallery in the UK dedicated to the South Asian diaspora in partnership with the British Museum.