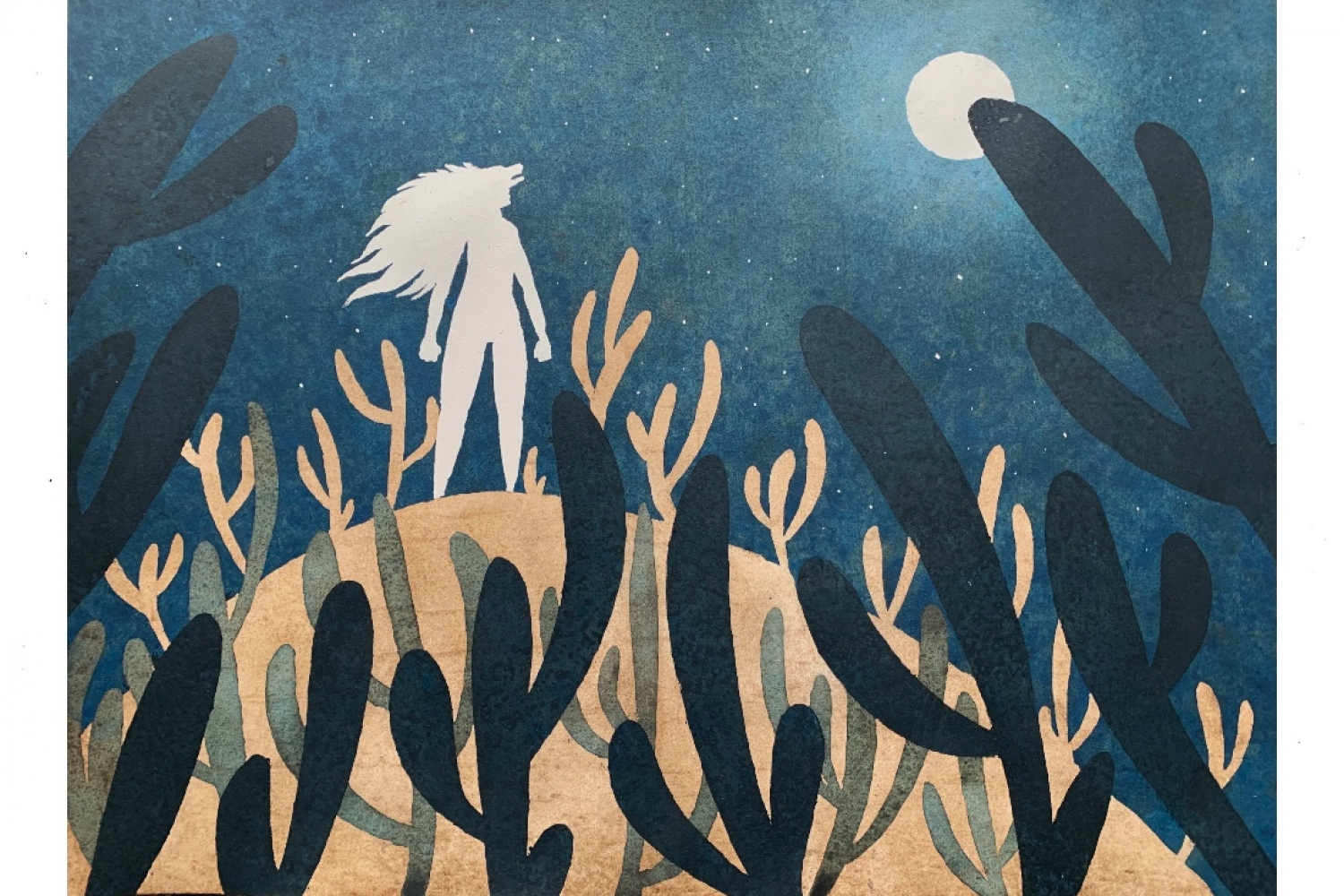 Illustrator and painter, Harshad Marathe grew up in a family of engineers and lawyers, yet interestingly his romance with drawing began at an early age. Despite not having any kind of assistance at home, his mother valiantly coaxed his artistic pursuits from the time he was merely three years of age. Mostly an autodidact until he started working at an animation firm at sixteen, he struggled with the fundamental skills of colouring and painting. In order to overcome his shortcomings, Harshad chose to pursue a degree at an art school in New York, facilitated by a scholarship he received. “I think I’ve learnt just as much if not more since I started working professionally.”

Not particularly cerebral by nature, Harshad approaches his illustrations with a hands-on approach. The onset of his visual narratives is marked by doodling on a tangible surface until something finally gives. The process also involves familiarising himself deeply with his subject matter that helps build a visual lexicon. “My work in progress looks messy. Until I have a solid idea that has been approved, I remain restless. While hammering away at something, I arrive at ideas or solutions that feel good for the project and this gives a release. If working digitally, I never name any of my layers and I end up with a few unused layers that I keep around just in case I change my mind later.”

His work on paper involves a different modus operandi. He begins masking areas with glue and dabbling with a variety of mediums. This step is frequented multiple times and each attempt yields a different result until the masking glue is taken off from paper. Harshad enjoys the soothing repetition of the process despite it being labour intensive. He loves the idea of impulsive art yet understands that isn't how things function in reality; each project requires control and spontaneity in equal measure. “I like to think not just about what a project needs, but also about what I would enjoy doing. If I enjoy something, I will work harder at it and my enthusiasm will show through what I create.” Consistency in tone and style isn’t one of Harshad’s major concerns. He would vex himself if he set out to chase the same style each time. His apprehensions as an artist rather lie in being predictable. “My biggest fear is becoming stale. I believe that if my work doesn’t surprise me, it won’t surprise anybody.”

In the year gone by, the artist has acknowledged the significance of hard work. “Sometimes there’s this tendency to look for easy executions, it isn’t about something that makes the cut according to the client. It’s about pushing for personal breakthroughs”. Presently taking inspiration from other artists and his surroundings, he is on a mission to render his images anew using texture. Fascinated by spaces, he wishes to explore new colour palettes and strengthen his skills with shapes.

When it comes to the intent behind his work, there’s a clear distinction between the personal and the commercial. The commercial projects are driven by the source material, the novel, article or idea he has been asked to visualise, whereas when it comes to the personal, he is still figuring out his language and what it is he wants the audience to acquire. “I think the world needs a lot of healing and wisdom, those who heal and inspire need to have gone through their own journey of transformation first. I don’t control how others react to my work. Every person understands things from their perspective.”

When it comes to the future, Harshad doesn’t usually make any concrete plans. “Illustrators don't usually get much advance notice about what’s coming from clients. I haven’t the faintest clue what the year will bring.” He is motivated to continue his old paintings and see where they take him. He is enthusiastic about writing, illustrating his own content and collaborating with those who share a similar vision.

This article was initially published in our Bookazine. To read more such articles grab your copy here.

We’re in conservation with the artist as he has recently won the Will Eisner Award for his new graphic novel, Blue In Green.

Oommen Thomas takes us through his recent project, Nine Doors, a food-court set against the most scenic backdrop in Walayar, Kerala.

The Thought of Architecture

A working note for an exploratory project in virtual space by Martand Khosla.

The designer and animator lets us in on her inspirations, sensibility, artistry, and more.

Urvi Sharma and Manan Narang, co-founders of INDO-, give us insight into their design practice and products.

In conversation with the architect and founder of Architecture Discipline, about his work on the Aam Aadmi Mohalla Clinics, and more.