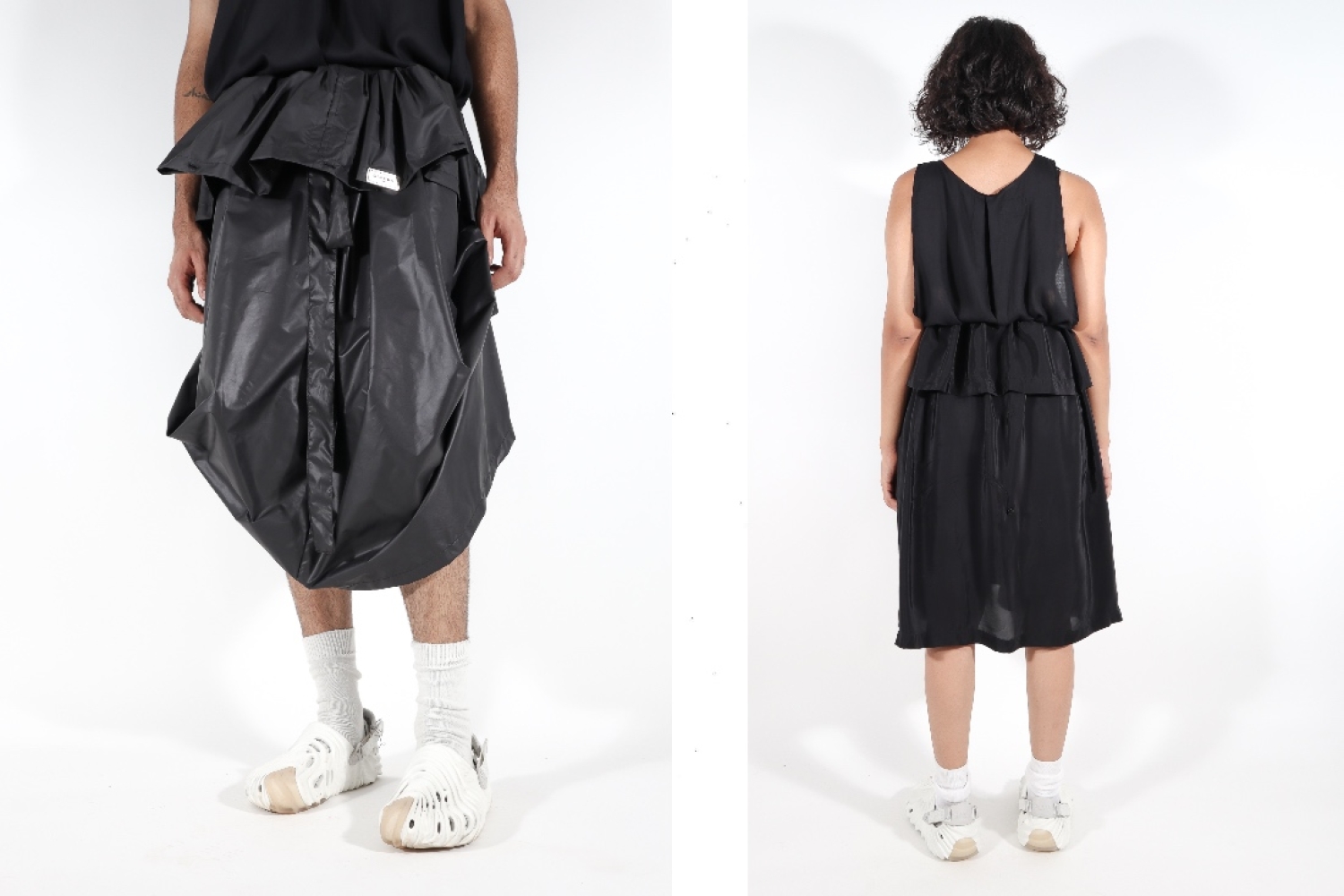 Garuda was founded in 2014 with the vision of functional clothing that announces itself as tailored architecture for the human body. Designer and founder, Suhail Sahrawat, experiments with silhouettes that border on techwear but carry their own personalities, defying any conventional forms and fittings. Garuda sets out to challenge former notions of fashion by confronting consumers with what’s never been done before. We are in conversation with Suhail Sahrawat below:

Did you always want Garuda to be a functional or techwear brand?
I think techwear is the result of a thought process rather than the aim to make techwear itself. I wanted to create products of the highest level using the best materials in the world that feel functional, because the users are the most important. I also grew up in a country that was cold and wet, so I always put utility at the top. We categorise ourselves as workwear that happens to use more technical fabrics and zippers, along with our unique pattern cutting. So it was a result rather than a goal for us.

Garuda was the first to introduce techwear to the Indian market. Your website journal said you were slightly underwhelmed with the response here. What do you think was the problem?
It's a bunch of different factors. It's not just an Indian problem but an Asian problem. Typically, in all Asian cultures people are more likely to pass judgements, whereas in Western culture nobody’s really looking at what you’re doing or wearing. Public opinion doesn’t matter as much. When I wear the new collection, Satellite City, here in Panchkula, people look. Maybe it's because the silhouettes are relatively weird as compared to the traditional ones. But I get that Garuda’s clothing grabs attention even in other cultures. And some people here aren’t ready to wear something attention grabbing because of public perception.

Another thing is that everything is still so young in India. The “Indian scene” is too young to be defined or labelled — it’s nonexistent right now. To have a scene is to have some brands die, and the ones that survive are the ones that define the scene. At the moment, there’s a new brand every week. It’s cool that people have started obsessing over things like the GSM of a hoodie or a t-shirt. But nobody’s talking about things like silhouette, drapes, and other things like that yet. Also, it's not like we haven’t made mistakes along the way. It would be obnoxious of me to say that. Our price points and communication strategies for the Indian market completely differed. Our price point is luxury, while the communication is casual and raw, which can be confusing. So we do have a part to play there. Surprisingly, the new collection did well overseas. I didn't expect people in Los Angeles to be wearing Indian silhouettes. 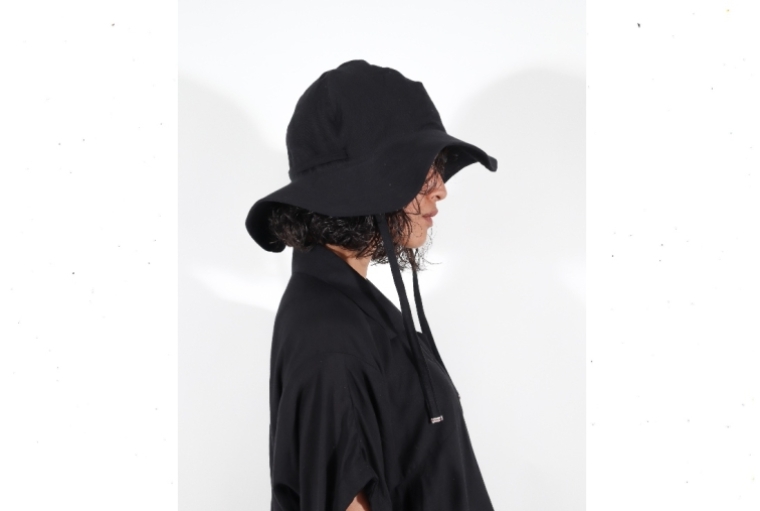 What was your approach to creating Satellite City?
The brands here are currently on opposite sides of the spectrum. On one side of the spectrum, younger brands bring western concepts to the country, and on the other side, ethnic brands remake the same thing. The only innovation in the latter is in the parameters of style of embroidery or colour. So we wanted to reference Indian things and bring them forward.

Why do you mostly make clothes in black?
When I make clothes in black, it's a challenge. I have to work much harder to control the onlookers' eyes. I have to play with the silhouette and other features much more. It’s not about the consumer, but the third person looking at the garment. I have to control where the eyes go without using any pops of colour. This leads me to innovate much more with silhouettes. From a practical point of view, we use very expensive fabrics that could go either way if we used colours. But black is black, so it's easier to take risks with it.

The last couple of years, trend cycles have become shorter and people rarely curate a wardrobe. What’s your take on sustainability in fashion?
Clothing is a basic human need. From that perspective, someone always has to make cheap clothing. You can't escape the privilege thing. It's the nature of the way things go. With reference to sustainable clothing — it's achievable. But in the industry sense, any company producing something ‘sustainability’ is an oxymoron — to produce something means something else is being depleted. Truth of the matter is, the only sustainable clothing you can wear is a garment you already own. However, the pressure of being sustainable is also misplaced. Young creatives who are making clothes in their bedroom place the pressure of being sustainable on themselves, when really it should be the bigger corporations that should be placing that pressure on themselves.

Your 3D-printed glasses had a really interesting process behind them. Would you ever consider pivoting to accessories?
Truthfully, my long term goal is to get into the architecture of clothing. I was initially studying to become an architect, but I dropped that and decided that the closest thing to architecture that I can do without a degree was clothing. It's still something that people live inside, even if it's not a building. The goal was to slowly build a portfolio that eventually gets me to the point where I can build like a builder. Whether that means making glasses, shoes, cutlery or furniture along the way, I will do it. So, essentially I’m doing the opposite of what Virgil Abloh did — I’m starting in fashion and leaning into architecture.

Finally, will we see a new collection from Garuda soon? What can we expect?
February. It’ll be more focused on womenswear, as well as commercial products like t-shirts, which we’ve never done before. But as always, we’re gonna aim to challenge ourselves and the consumers, and push the boundaries.

The 'Promise of Hope' bracelet designed by Anita Dongre is an initiative to support and sustain the education of students at the Rajkumari Ratnavati Girls School.

re- by Ateev Anand

The designer on his practice and more.

The designer’s eponymous label’s foundation lies in having fun, and operating around asymmetry.

Designer Ankur Verma on his label and more.