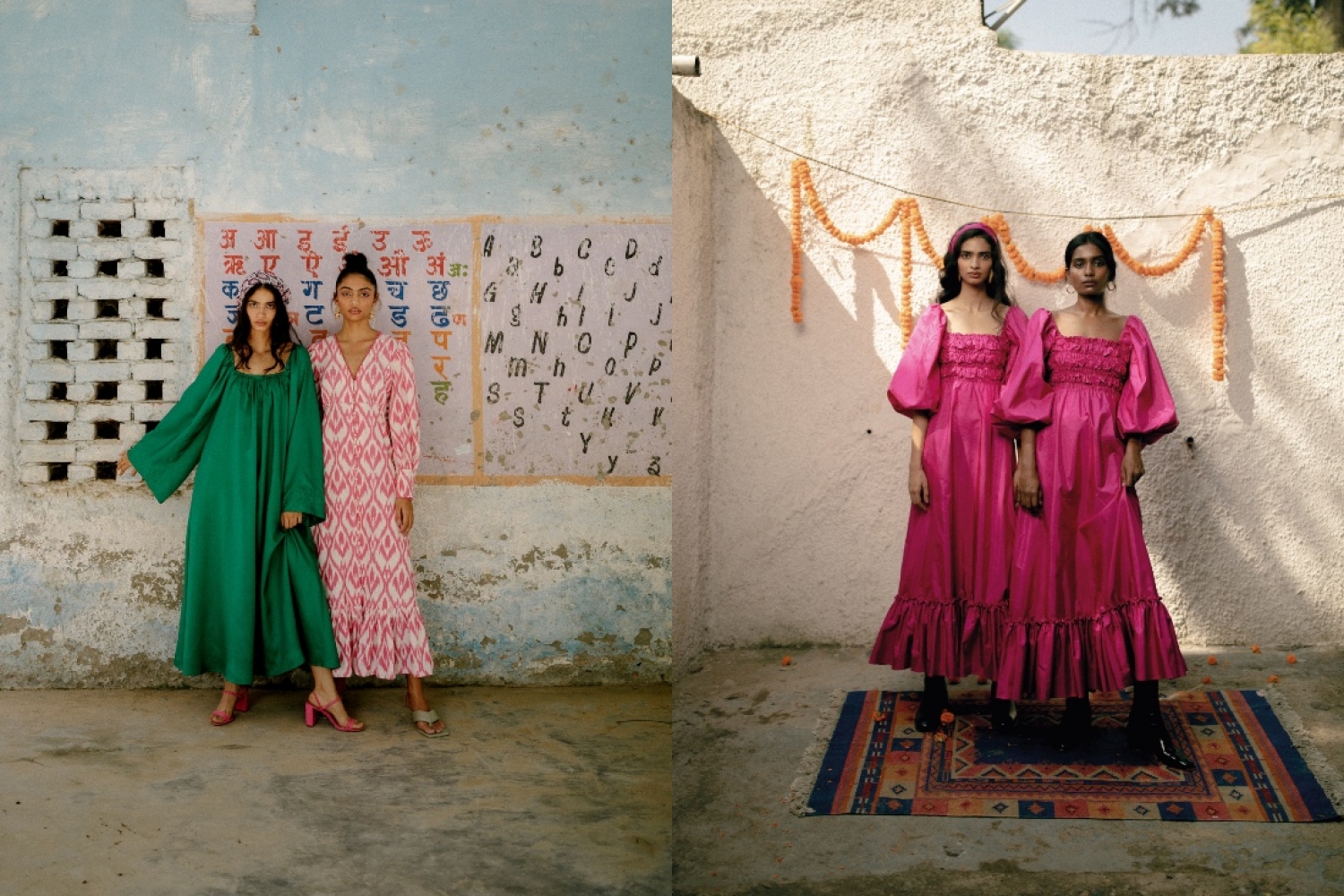 A careful amalgamation of two cultures, the up and coming label 'Malie is the brainchild of Amalie Othilia Brandi Mikkelsen and her husband Karandeep Singh Chadha. Both creatives, who crossed paths at Parsons in New York, stand for two very important elements of fashion. While Karandeep’s expertise lies in manufacturing, Amalie has a strong grasp of the retail aspect. Juxtaposing Indian fabrics and traditional crafts, such as hand-block printing and ikat weaving, with the functionality and minimalism of Scandinavian fashion, 'Malie was established as a label offering modern silhouettes and sleek tailoring, with a vibrant colour palette. Co-founder Amalie further explains, ‘Karandeep and I have created an outlet to express ourselves. We have always had an urge to work on a brand together. In 2019, we started working on this dream but due to other obligations weren’t able to start. Then we found ourselves in the first lockdown, in the middle of a newly announced pandemic. Knowing what we do now, it seems rather courageous to start a new brand during these hard times the world is facing, and especially India, but we have learned so much along the way.’

Digging deep within their own selves and their box of memories for inspiration, Amalie and Karandeep always had the label situated in their subconscious memory. Hence, they’ve built a blueprint for it over the years and kept the creative energy alive. Influenced by their travels, the traditional crafts of India and even their friends and family, they find themselves seeking designs that help keep alive the individuality of the people wearing the garment. Amalie animatedly tells me, ‘we often think about a certain feeling that we want to create when a style is worn and how we’d like to offer this special feeling to our customers through our designs. There’s also a lot of inspiration found online, and plenty of textile resources that can be accessed through digital museum libraries and sources of craft.’ 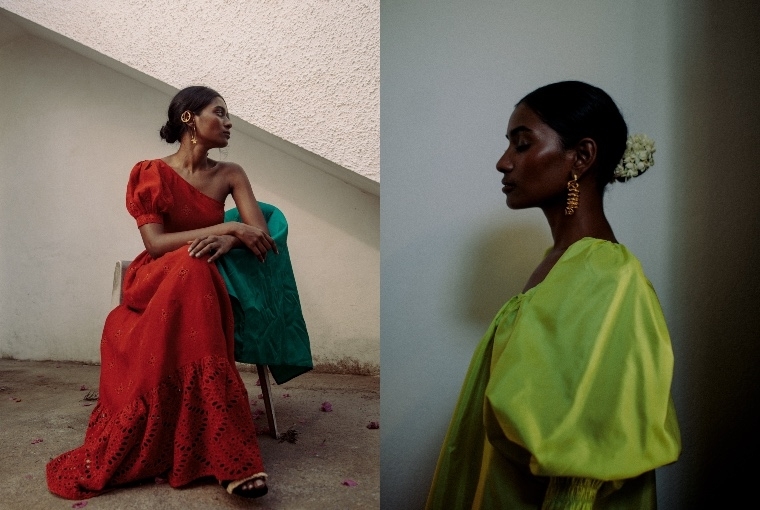 As a label that works intimately with craft clusters, Amalie understands the underlying complexities in the relationship between a designer and an artisan. While the landscape of fashion may not always treat artisans fairly, team 'Malie has utmost respect and deep-rooted admiration artisans and their work. She adds, ‘Karandeep’s mother has always had a passion for textiles and has inspired and educated both of us a lot in this field. The relationship between a craftsperson and designer has to be of mutual respect. Both parties depend on each other and can really create greatness together, if the relation and the creative process is nurtured.’

As embracing comfort has now become the new norm, Amalie believes in how fashion is a mere reflection of contemporary society, with all its ups and downs. Deeming the fashion of now as an individualistic tool of creative expression, she asserts of the optimism it may soon come to reflect, while boasting of a lush colour palette — something that excites her. 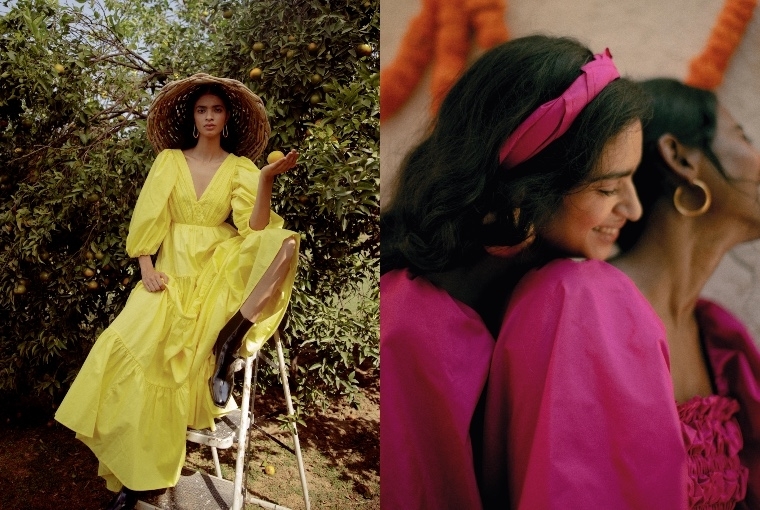 For a label that was launched during the pandemic, Amalie and Karandeep were certain they had to prepare for the adversities and were privileged enough to be ready for it. Yet, they were unsure of how to navigate through the tricky time. On a parting note, Amalie shares, ‘we learnt on the job and have been focusing on keeping our approach conscious, making our pieces in small batches and taking utmost care of the garments that we produce.’

This is an all exclusive from our August EZ. To read more such articles follow the link here.

In conversation with the celebrated menswear designer about his eponymous label’s new collection, Vision Quest.

adidas has introduced a vibrant colour update for the latest iteration of adidas’ record-breaking performance collection designed for speed.

Summer Somewhere and Kira bring forth a collection of jewellery pieces that exude versatility and timelessness.

We connected with the Artistic Director Alessandro Sartori over a Zoom call to know more about his relationship with Zegna and his vision for the brand.

Exploring the brand that redefines how heritage crafts are used in luxury design.