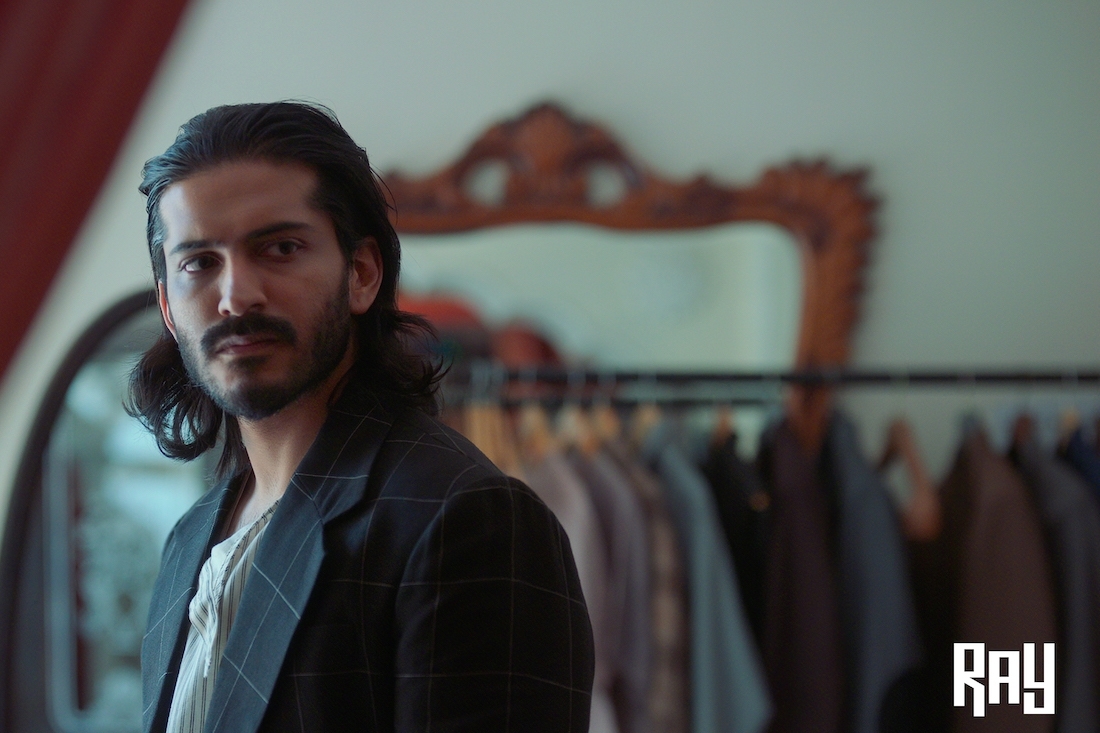 Vikram Singh, a famous actor, is the protagonist of the short film Spotlight, a part of the limited series Ray on Netflix. It is a book to screen adaptation of four intriguing short stories by Satyajit Ray. Spotlight is centrally defined by Vikram’s self-consciousness, played by Harshvardhan Kapoor. He has now made just enough money to desire creative satisfaction. Through the film, we follow him on a journey of radical personal growth. The actor widely known for his ‘look’ suddenly realizes that it's not enough after a godman enters the premise and the ‘spotlight’ shifts to her. He is baffled but ultimately finds his ground.
Harshvardhan, as the weird and quirky millennial actor, is truly impressive in his role. Having seamlessly gotten into the skin of the character, Harshvardhan actually started working on the script during the peak of the first wave of Covid in India, a time marked by uncertainty and anxiety. ‘I had shot AK vs. AK in December-January 2019 and 2020, but nobody had seen the film, nobody had seen my scenes and then we were in the middle of the pandemic,’ he tells us. However, he channelised these feelings into his preparation for this film. He read his lines and rehearsed on Zoom with filmmaker Vasan Bala and his acting coaches for months before going on set. We got in touch with him to know more about how he prepped for the role and his future projects. In conversation below.

How did this collaboration with filmmaker Vasan Bala come about?
Well, Ray actually came out of the blue. Vasan Bala messaged me on Instagram one day, saying he had something and that he wanted to get on a video call. I’ve been very lucky, maybe I manifested it, or I must have done something good in my past life to be able to work with such incredible visionaries. I was so keen to work with him that I didn’t even ask for the script and just said yes! Then, we embarked on this fascinating journey together.

Was it always inevitable that you’re going to be an actor?
Not really. I studied writing for four years. I also wanted to direct films. I don’t see myself being bound or limited by one thing, I want to do much more within the world of film, and otherwise. I’m an actor now but there was or is no hard and fast rule that I have to be an actor for the rest of my life. I think we shouldn’t be limited to only one thing, we’re all capable of a lot. 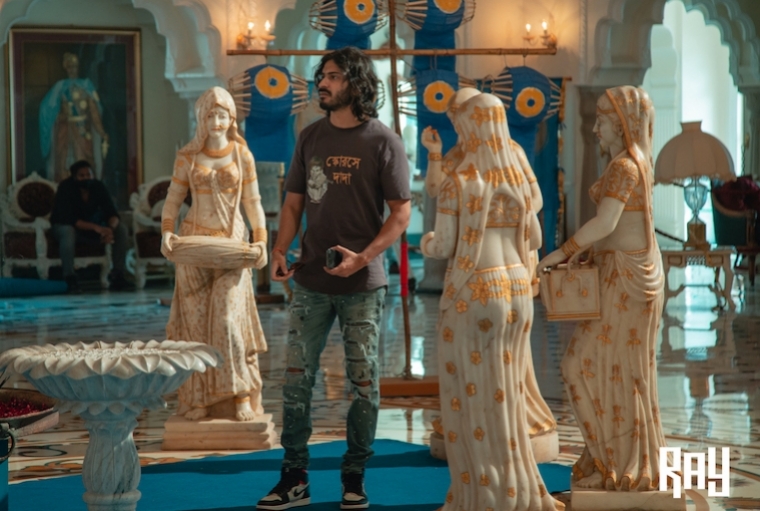 Is there a film that has changed your life?
I don’t know any that have changed my life but I’ve been very inspired by Sofia Coppola’s films. I really relate to them on a slightly deeper level than a lot of people. I think she grew up with a famous father and had a certain kind of life, that I kind of have as well. I think that she makes films about things and people I understand. In terms of the stories she chooses to tell, I really connect with Sofia’s work and also within that, her stylistic choices and just her taste is something that I really respect and love. So, I’m a big Sofia Coppola fan. And in her films Lost in Translation and Somewhere, the characters spending a lot of time in hotels, having problems in relationships — basically they’re all journeys of self-discovery. These are the kind of themes that I really enjoy in movies.

How did you get into the skin of Vikram?
This project came to me during the peak of the first wave of COVID. There was a lot of uncertainty and I didn’t know what the future would be or when I was going to be back on set. I had shot AK vs. AK in December-January 2019 and 2020, but nobody had seen the film, nobody had seen my scenes and then we were in the middle of the pandemic. I used that anxiety and uncertainty in this film, as a vessel almost. I have acting coaches that are really great, like Suraj Vyas and Jeff Goldberg, and I Zoomed with them, did the scenes with them, prepared myself, designed the look with Abhilasha, who is our costume designer, got on FaceTime with Vasan, did readings with him and prepared everything for about two months, before we went on set. So, I think it was a combination of a lot of factors, and I hope and pray that it’s all come together.

What does it feel like to be a young actor in today’s time?
Liberated, very lucky and grateful I would say. Just very open. There is not a lot of worrying about box office and it is more about impact and craft.

Do you have a five-year plan?
My plan is always just to try and work with the best filmmakers in the business and do unique and progressive films. After having done 10 films, I want to look back on those 10 films and try to create some sort of a unique film or movie that speaks volumes about who I am and what my artistic choices are. Spotlight is my fourth. I’ve done another one which is a thriller and is my fifth film. So I’m kind of halfway there. Now I’m excited for the second half of it.