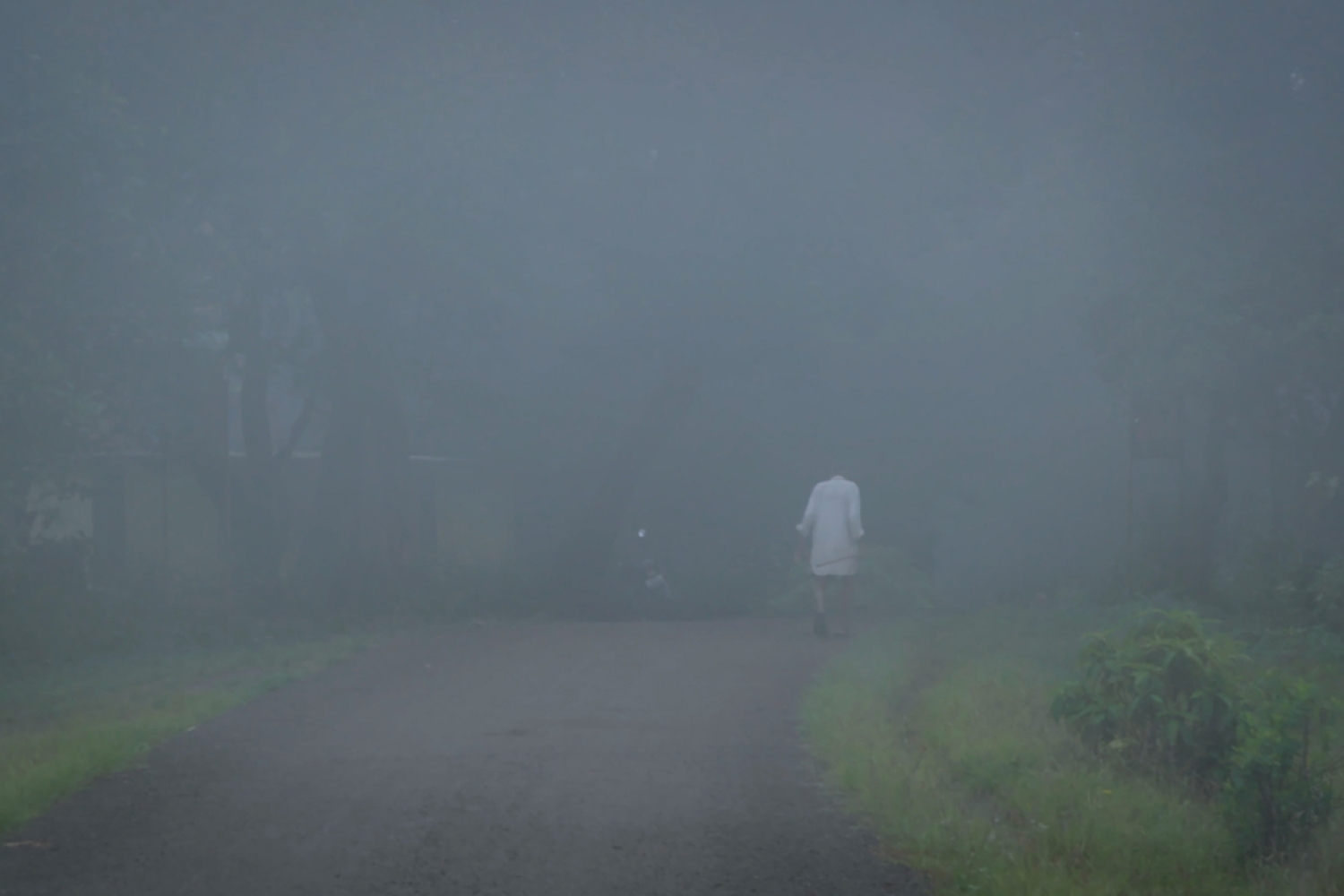 I first connected with Sohil back in 2019, when his documentary short, The Timekeeper, had just released. His oeuvre till then was marked by realism and culturally grounded narratives. Building commendably on his previous work and sensibility, his new short, Murmurs of the Jungle, recently won the Grand Prix award for Best Short Film at Melbourne International Film Festival. Catching me up with his journey since our previous correspondence, he shares, ‘My MFA at University of Southern California was just over. During my final year, I had written a script that takes place in the juvenile crime world. I came back to India to pitch that to potential investors. I was simultaneously researching and writing new drafts. I also had few potential projects that were based in the US. But my priority was to get this film made and then go back to the States. But COVID-19 hit, and the world changed. Since my film mostly took place on railway stations of India, there was no way for me to go ahead and shoot it during the lockdown time. I had to put the project on hold. As the pandemic kept proceeding, I decided to write a small budget script that can be shot even during the pandemic. I ended up writing a thriller,’ ultimately leading him to the Western Ghats, and thus the making of his enigmatic and experimental, award-winning short film.

Below, the filmmaker deconstructs his engrossing and mystical new creation for us:

The Inspiration
I believe that ideas for cinema don’t come to you overnight. They keep accumulating in your subconscious for years before culminating. I grew up in a family that has been involved in social work for generations. Having been raised in a socially conscious environment, taking part in social activism came naturally to me. During my teenage years, I read lots of literature about Indian Adivasis and rural Maharashtra. Mahashweta Devi’s writing was a major influence in that period. Adivasis, and their connection with the land and jungle, were the themes that fascinated me. Though this was ten-fifteen years back, I would say that these were the early seeds for Murmurs of the Jungle.

For the thriller I had written during the pandemic time, I went to the Western Ghats’ jungles to scout for locations. While scouting, I met Adivasis, with whom I struck long and interesting conversations. Their coexistence with the jungle fascinated me. I felt connected back to those stories I had read in my teenage years. I eventually decided to make a short on this subject.

The Process
Before coming to the decision to make this film, I had back and forth conversations with the communities involved. It took some time to develop a trustful relationship with them. The areas where I have shot this film are only two and a half hours away from Pune, my hometown, by road. The language they speak is Mavali-Marathi. The proximity and the same language helped me connect with them further. The main character in the film, Mr. Sunil Bhoir, is a hobby artist, though his main business is farming. He paints and performs in Bharud’s (local art form). I proposed the short film to him. He was supportive of the idea. Other villagers were excited. First, I thought of making a documentary, but then I realized that there are so many documentaries made in a conventional documentary-style about social issues concerning Adivasis. So, I decided to make a hybrid film, which will keep shifting between documentary and experimental fiction.

Rather than delivering the message, I was interested in using cinema to create an experience. Social issue driven cinema tends to focus on delivering the literal message. Once the message is delivered, audiences don’t bother to remember the rest of the complexities. Eventually, cinema is forgotten or consumed rather too simplistically. I wanted to make a film that makes the audiences think about our transcendental and primordial connection with the land, space, time, and nature that surrounds us. That’s why it became important to throw away the traditional film grammar that’s used for dramatising the story. To achieve that we chose to shoot with single lens, we used mainly slow, long shots where the camera doesn’t move. The rhythmic slowness eventually creates a hypnotising effect, which takes the viewer in the zone.

Digvijay Thorat, the cinematographer, worked hard on designing the look. For a couple of weeks, we saw many films from the Latin American and Thai directors we admire, and carefully studied their colour palettes. We created a look book using hundreds of the references from paintings and films. Despite of this meticulous planning, we decide to embrace randomness when we were on set. Me and Bigyna Dahal (Sound Designer and Mixer), decided to dissociate the directness of the image and the sound, and go in the territory where we can develop a sound aesthetic that can be interpreted in many ways. Bigyna worked carefully to design an immersive soundscape. The entire creative process was joyful and liberating for me as a filmmaker. I am glad that I got to learn a lot and experiment with the medium. I am grateful to the community who trusted me and let me into their lives! I will cherish the friendship I have formed with them for rest of my life. 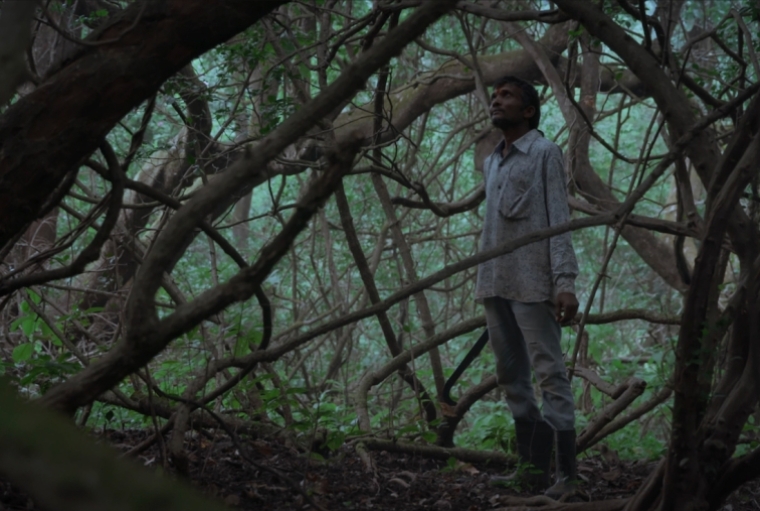 The Challenges
Short films are often passion projects and aren’t funded by anyone. I was financially broke and didn’t have much money to make this film. I used some of my savings and borrowed the rest of the money from my wife. But getting money together was just the beginning of the obstacle race. We shot during the late monsoon. Although I earlier mentioned that the region is not very far away from Pune, it’s still deep in the mountains of the Western Ghats. Shooting was extremely difficult as weather often became extreme. It was hard to carry the equipments in the mud, up the mountain and into the deep forests. Protecting the camera equipment, lenses and wires from the extreme weather conditions became a huge challenge. I remember that we took few important shots in the mist filled forest and, on the way out, my back started to itch like crazy. I removed my shirt and my entire back had turned red, full of insect bites.

There was no way to carry lights with us in those jungles so Digvijay and I decided to embrace these restrictions. The entire film is shot using natural light. Now, as I look back, I think it was for the better. If we would have carried lights with us, it would have disturbed the natural order of things in that community! People would have gotten conscious. Pradyumna Chaware (Sound Recordist) was aware of the challenges we might face. He skilfully recorded the sounds even during the unfavourable weather conditions. The biggest challenge came during the editing process of the film. To put together all the footage, we shot using a coherent narrative, and that took almost six months. I edited the film myself. When we saw the film on the big screen at our world premiere at IFFI, we were delighted to see the final outcome!

The Short Film
I don’t see shorts film as a step to make feature films. Neither do I see them as easier or harder than making a feature film. I believe that it’s a separate branch of cinema that should be equally respected and paid attention. You must know what content calls for a short and what content demands longer forms like web-series or features. Short films provide an opportunity to filmmakers to experiment with the medium. The economics of the short films can vary and there are no set expectations about shorts from the audiences as well. They are more open to taking the ride on which the filmmaker wants to take them. That’s not the same case with features. May be because economics plays too important of a role.

Currently we don’t have any system in India that supports short films or short filmmakers. We don’t have many labs or grants that can support these films, neither OTT platforms that can provide a sustainable economy for the short film community. Making shorts creates a big hole in the pocket. Many filmmakers are not able to put together the finances for their features for years and are in the helpless economic condition where they live by doing gig work. Many short films made in India are far better than a lot of mainstream features or web content. Artists who suffer to make these films are left at the mercy of a handful of OTT platforms, or YouTube, that acquires them at a very low price.

In the west, systems are more evolved. They have labs like Berlinale Talents, Film Independent, and many more platforms, where short filmmakers are supported. OTT platforms from HBO and Kinescope, to Criterion Collection, acquire shorts. Still, it’s far from the ideal scenario as the payout is insignificant. Why? The only reason I can think of is that shorts are wrongly perceived as the medium for beginners. It’s seen as a step into the feature world rather than as an independent cinema subclass. Many short filmmakers are newly starting in the industry and are easy to exploit. I truly hope that this changes and independent filmmakers can earn the right compensation for their hard work and creativity. 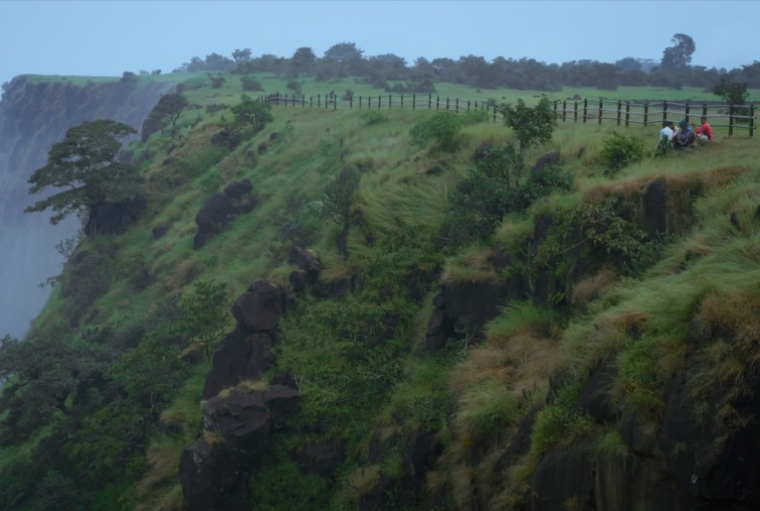 The Future
I have two full-length features ready at the moment. One is the psychological thriller and another one that looks at juvenile crime and their life at railway stations. I am trying to get financiers/ producers for my scripts. I guess I can say that I have multiple taps open and at this point I need support from people who believe in my vision to make my films happen.