Before the first shot of the film appears on the screen, the following words appear: ‘This film is dedicated to the struggles of countless women who thrive in the face of patriarchal mandate.’ Immediately after, the first shot shows a man, looking at himself in the mirror, admiring his moustache and with it, his toxic masculinity, which then pervades the rest of the opening sequence and the film. The topography is Kutch, an area in Gujarat, India in 1975. A small village, exceedingly oppressive and patriarchal in its ways, is yearning for rain, which hasn’t fallen for many years now. To please the goddess, the men of the village perform Garba, a local dance form, while the women are trapped within the four wall of their houses, not allowed to dance. Abhishek Shah’s beautifully made film then traces an astounding journey, from women’s oppression to expression through Garba. “I strongly believe that you can’t own a human being, you cannot tell a girl or woman you can’t dance, you can’t live, you can’t breathe because I don’t want you to. So the basic idea was to write something on it,” told me Abhishek and thus Hellaro was birthed, a National Film Award winning, Gujarati film.

The story, inspired by a folklore, is rather simple. Women of the village are treated unjustly, their humanity stripped and they are forced into being slaves, who cannot ask questions, cannot have a voice, cannot participate in anything that makes them feel alive, disallowed from earning their own money and prohibited from stepping out of their houses, married, single or widowed. Their only permitted time to be away from the village is when they have to travel countless miles to fetch water every-day for their households. From the very beginning the film, the patriarchy is choking. The subjugation is accepted to be so natural, it almost seems sacrosanct. As a feminist, the boiling rage I felt while watching the film is, perhaps, inextinguishable. To add to it, the blatant hypocrisy where there is the oppression of the village women on one side and on the other there is reverential worship of powerful goddesses, pleading her for favour and rewards. 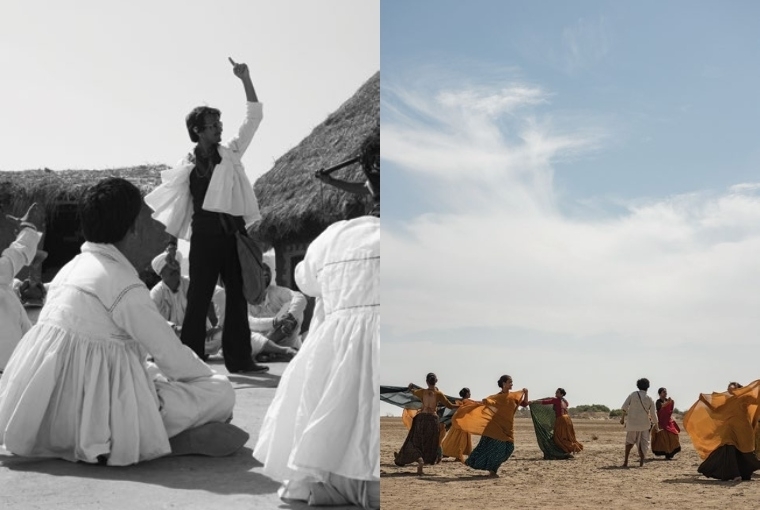 As the torturous everyday context of these village women is established, the protagonist of the film, Manjhri, arrives from the city as a newly-wed bride. Like all the other women in the village, she is soon told by her army man husband that she should curb her enthusiasm and personal aspirations lest it become more painful when he imposes further boundaries, making her future look desolate. Yet, Manjhri surges. Soon enough, circumstances lead the women of the village to a dholki (Dholak player), nearing death from thirst. As Manjhri saves the man’s life, he repays her by playing the dholak and for the first time, the women find a small freedom in dancing together, this dance sequence quenching the audiences’ thirst for some sort of relief for these women, set against the barren and bleak desert topography of Kutch. Naturally, many obstacles arise as the women secretly indulge in this form of self-expression and the film reaches a fever pitch as they get discovered and persecuted, the ending leaving the audience riveted.

While everything about this film, from cinematography to dialogues is brilliant, it is these dance routines that are the most mesmerising and empowering. Abhishek mentions, “Dance is a medium of expression and it’s a medium of happiness. I wanted to tell a story through Garba because it is a prominent medium of expression. We contacted well-known choreographers, Samir Tanna and Arsh Tanna, who have choreographed songs like Dholi Taro Dhol Baje, Nagada Sang Dhol Baje and Lahu Muh Lag Gaya. When we met them in Bandra and I narrated the story to them, they immediately said yes.” As a viewer, two routines by the women, danced at varied times in the film, struck me the most. There is a stark difference in both the choreographies and the emotional qualities. The first is lighter, making one feel as though the women are flying, rid of their burdens and celebrating their emancipation. The latter, on the other hand, is enthralling. It is loud and electrifying, rooted in the power of women coming together and reclaiming public space, a space that is as much theirs as it is of men. 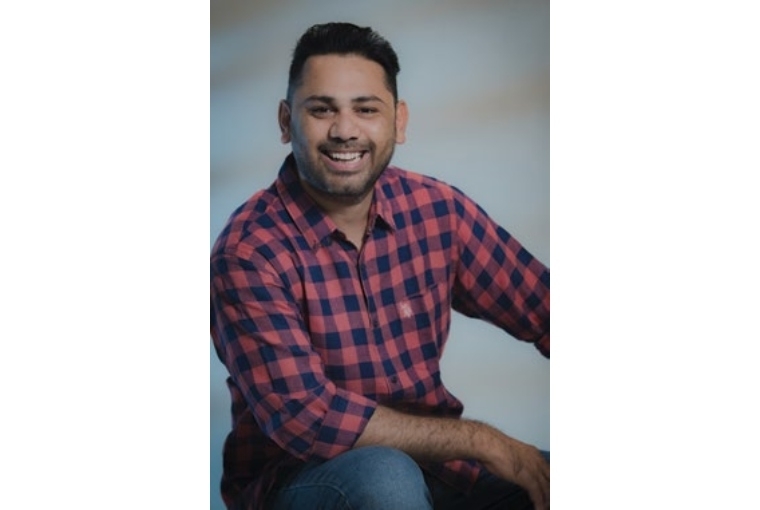 Abhishek Shah’s direction is potent and formidable. The stylistic bits of the film never comes across as artificial and the actors have played their parts so seamlessly, that their characters really come alive on screen. The hard work put in by everyone involved in the making of this film is visible. “We were shooting in Kutch, near the Indo-Pak border, which is around a hundred and ninety kilometres far from the main centre of Kutch which is Bhuj. It was very difficult for us because it was the months of March and April in which we shot the film. It was forty five degrees and all the actresses danced bare foot and we also had issues with the water supply, electricity connections. Yet, for forty five days the two hundred people on the set worked only for the betterment of the film and at the end of the day it was a great process because we had a great wave of positive energy throughout the shooting period,” said Abhishek.

The script of the film took three years to be properly developed and additional screenplay and lyrics of the film have been written by the well-known Gujarati poet, play-writer and director, Saumya Joshi. The film is a profound piece of cinema that makes you realise that these patriarchal regimes, even though are being shown from 1975, still affect the way our society functions even today. Sharing an incident after the screening of Hellaro, Abhishek relates, “A man stood from his chair and told me in front of the audience that after watching Hellaro, I think my behavior with my wife, my daughter and my mother will change. Over the years, only phases of suppression have changed but it is still there. I really think that Cinema should ask questions and communicate with the audience. I simply wanted to show the audience that this is your story, this is your world and don’t try to prove that this is not happening right now because it is and we are very much a part of this kind of suppression.”