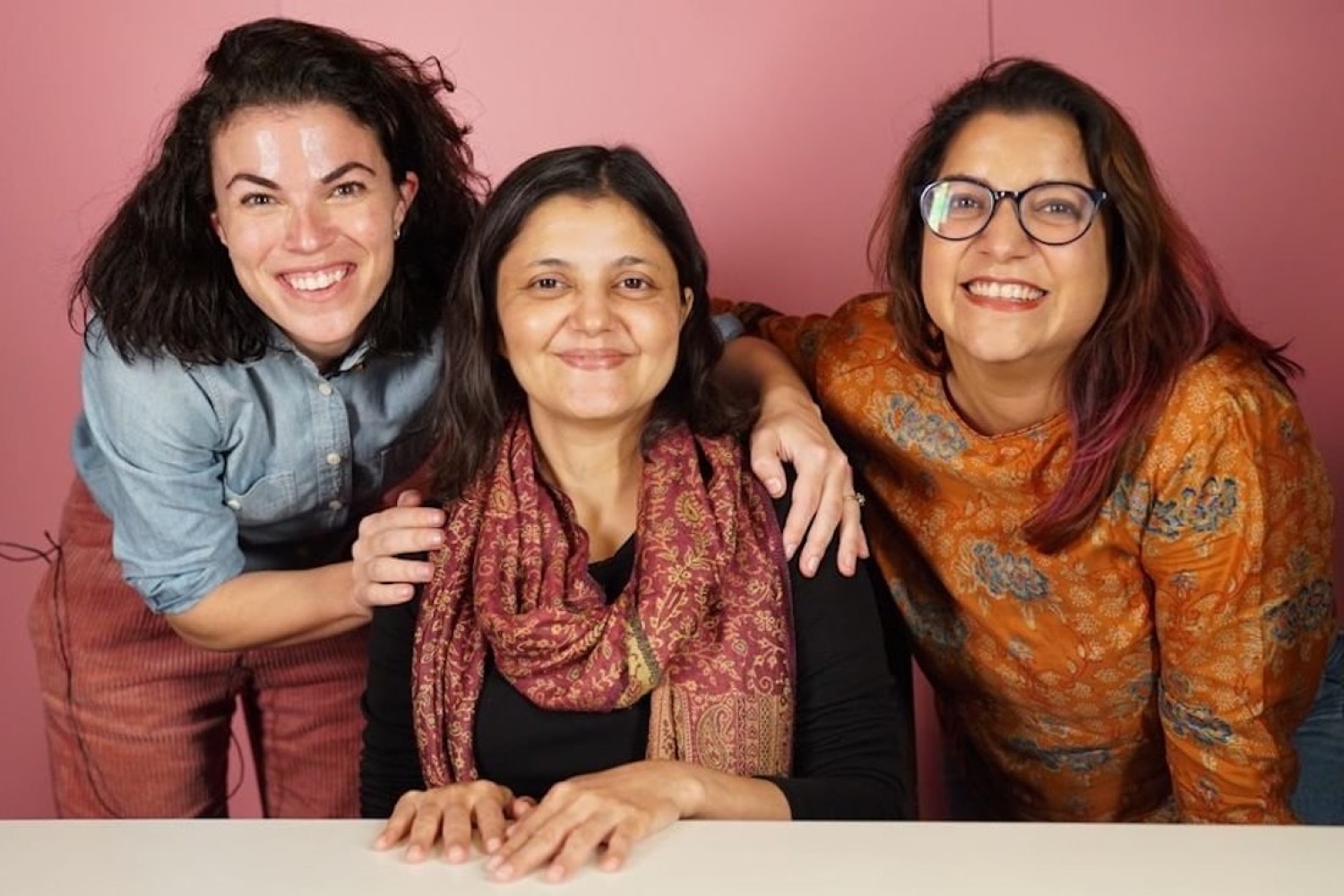 When comedian Aditi Mittal and filmmaker Christina MacGillivray started Women in Labour, a leading podcast to highlight the issues and taboos surrounding women’s work in India, it didn’t take off as expected. They had started the podcast hoping to make things better for women at work but the pandemic hit, making things go south again. Women were stuck at home. There was no exit. So, the new season of Women in Labour shines a light on women who do the majority of less visible, unpaid work at home while having to perform at work. To know more, we speak to the women behind Women in Labour.

What do you remember of the inception of the podcast?
Christina: Our co-executive producer Laura Quinn and I sketched the idea out for the podcast series on the back of a napkin in a bar. Laura had already been looking at this issue for some time while working in CSR in Delhi, and we quickly realised that no one was talking about it publicly. For me, the lack of a public conversation around the alarming numbers of women dropping out of the workforce hit home when I read a 2018 Economist cover article reporting that Saudi Arabia's rate (percentage) of women working was on the cusp of surpassing India's. I read this in Delhi (by then I had lived in India for nearly ten years) and my mouth dropped open. I could not believe what I read. Over the next week I asked anyone I bumped into, whether at a meeting, a coffeeshop, turning to random people at restaurants, if they had heard about this. Everyone I asked said there was no way that was happening. For me, that was my moment of realisation — there was a very interesting conversation to be had between what the data was saying at a larger level and the fact that everyone on the ground, myself included, could not believe it.

Laura and I have both always believed in making social issues relatable through entertainment. I'd worked in the past with comedians for the UN. Comedy and humour are great tools for welcoming a larger audience to a discussion about tough issues, and so I reached out to see if Aditi would join us to make the podcast.

How did you arrive at what themes you want to explore in season two of the podcast?
Aditi: Look, the outcome of the first season was pretty bleak. They didn’t improve over the course of the podcast. And then of course the pandemic happened and that was a huge blow to women’s participation in the workforce. So, with season two, we decided that okay look, the ship has sunk, we are now at the bottom of the ocean. Now the Herculean task is to change that ship into a submarine because we have to move forward, because we are women of incredible privilege. I personally am a woman with an incredible privilege and I cannot afford to be one of the people who throw up their hands and says well, all is lost, there is no hope. I think hope is the only thing that keeps us going and the things we have realised with season two came out of a sense of hope.

As you can see through the episodes that are already out that all of them focused on almost individual interior concepts, ideas and things that women grapple with when they enter the workforce, whether it is negotiating your salary, negotiating with your families, mentoring — how much you need a mentor, what can a mentor do for you, what’s the difference between mentoring, sponsoring and role-modeling. So we decided to kind of focus on the women who are already in the workforce. There are also things that have been hushed under the carpet, under this new narrative that we have like superwomen: she can do everything, she can take care of her kids and be the CEO for Fortune 500 companies. Yes, of course, but just one rung below the superwoman is the everyday woman, and it’s her internal life that we wanted to discuss.

What were your learnings from the previous season?
Christina: In season one we focused on understanding why women were dropping out of the workforce and framed it almost like an investigative series. We broke the problem down to various questions: is it school? marriage? motherhood? safety in public spaces? difference in how girls and boys are socialized? power dynamics in the workplace? Each episode was framed by one of these questions. Next, we thought: if we could get one person to respond to this question who would it be? Who would be our dream person for each inquiry? In season one, one of our most relevant learnings was the amount of unpaid work (cooking, caring for children and elders, et cetera) is one of the largest factors.

I think what blew my mind about the previous season was that we explored all these reasons and it turned out that the major reason there aren’t enough women in workplaces is because they aren’t getting help at home from men, from family, because they are expected to pull two shifts — from seven to seven at work, and from seven to the next morning till seven at home. And imagine such a huge complex economic problem having a reason like this, that men aren’t helping out at home. Come on! It blows my mind that today you can just be like, you know what man, help out at home, help out your wife with the housework at home because it could add those many billion dollars to the economy! I think it’s not a hard sell at all.

When writing and preparing for the show, how do you go about it?
Aditi : Christina’s journalism background is the reason this is so in-depth and so well-researched. Her ability and her need to be thorough with things adds heft to topics being discussed on the podcast. What do I bring to the table? Christina says this — and I don’t know if it is true — is that it’s not normally a subject that people pay attention to and I think that having me there helps cross over into a place or a market that conventionally wouldn’t pay attention or care about these things.

Christina : Aditi is being modest. She is a huge part of the editorial development, episode planning and deciding the direction for the series. She also brings great humour, joy, insight and vulnerability into the discussions. It’s definitely true that we wanted to create a series that paired entertainment and comedy with research and journalism. I love bridging these two worlds because it’s a great way to untangle thorny issues and engage a wider audience. As Aditi has said to me before, while comedy is funny, at its heart, it’s often commentary about very serious issues.

How scripted do you think a podcast needs to be?
Christina: It really depends on the type of podcast you are making. A series, such as a true crime series, is intensely scripted. Women in Labour is an interview podcast. Aditi and I don't script our lines, but each conversation is well-researched. We have an editorial plan for how it will go. We know what we want to accomplish with each conversation. And after the conversation, editing is critical. By compressing a one-hour interview into thirty to thirty-five minutes, you can make sure you are giving your listener the best parts.