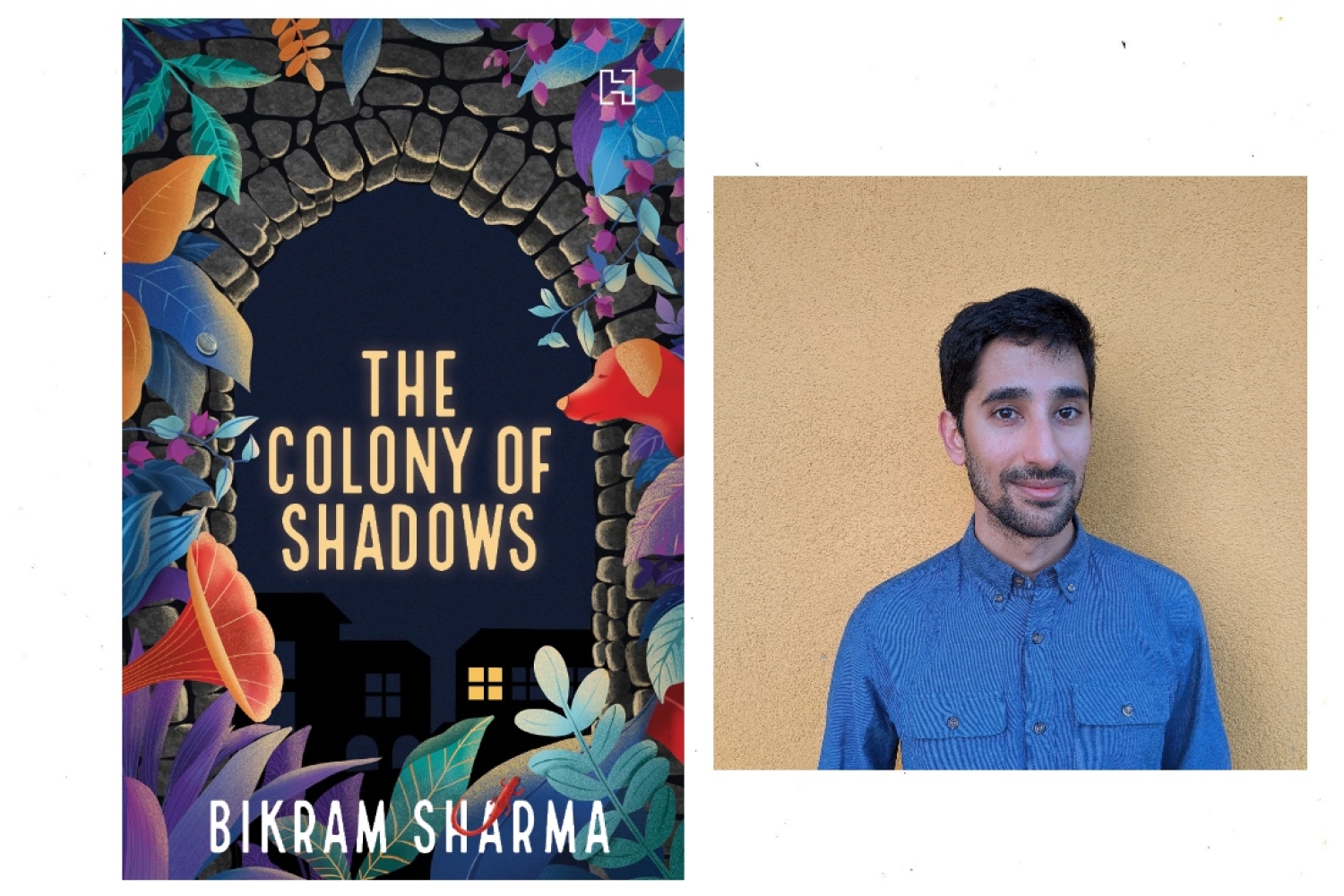 Bikram Sharma’s journey as a writer began while he was an undergraduate student, after fortuitously signing up for a course in creative writing. “I quickly fell in love witheverything about it — from learning to draft compelling stories to engaging in workshops that were sometimes supportive, sometimes spiky,” he recalls. And he has been writing ever since, having completed his M.A. in Creative Writing from the University of East Anglia, and in 2016 being awarded the Charles Wallace India Trust writing fellowship at the University of Kent.

“I love stories that are brimming with heart and so gripping you end up reading them in one sitting,” he tells us, and with his debut novel, he has managed to achieve this very notion. The Colony of Shadows is an enthralling endeavour for its reader. It invites you in, keeps you engaged, and doesn’t let you go till the very last page. “At its core, The Colony of Shadows is about family and home, but seen through the speculative lens of a ‘portal’ — a means by which to move between two places. In the book, a boy who has recently lost his parents discovers a portal between his new home with his aunt and grandmother, and a colony in ruins that is powerfully familiar to him,” the author shares, giving us a peek into his book.

He acquaints us further to the book’s making below.

THE INSPIRATION
A few years ago I wrote a novel that was trying to be serious but ended up lacking energy and heart. I was quite down about this, and my mother suggested I go write something fun. Which is pretty much what I did. I thought about all the books that excited me and then wrote something I would love to pick up and read.

THE CREATION
My creative process was slow. I wrote my first draft across four notebooks. It was so terrible I called it my ‘zero draft’. But it was helpful writing it down rather than typing it on a computer because it prevented me from over-editing and helped free up my creative instincts. After that, there were a lot of rewrites. It took me 10 drafts to get the book whereit is. I’m not saying that with pride – rather, the answers aren’t always there for me and I take time to find them. I know other writers who are more deliberate and have clear intentions when they set out to write. I admire them for that. But, at the same time, I try to be kind to myself and remember that we all have our own ways by which we do things.

THE INFLUENCES
There were certainly literary influences, including The Ocean at the End of the Lane by Neil Gaiman, The Wildings by Nilanjana Roy, and Lincoln in the Bardo by George Saunders. But I owe much to the first book I ever fell in love with – Watership Down by Richard Adams. The way it delicately weaves together multiple storylines while exploring the themes of grief, love, compassion, hope, and home has always inspired me. It’s one of my favourite books, and I return to it time and again.

THE CHALLENGE
The greatest challenge I faced was writing the character of Jyoti, who is blind. She was inspired by my uncle, who lost his vision in his forties. As a sighted person, I wanted to write her chapters respectfully and with sensitivity, and so tried to speak with the right people to better inform my writing. What was invaluable to my research was a trip to the National Association for the Blind in Delhi, where I spoke with Mr Mukesh Sharma, who was the Director at the time. He and his staff patiently answered my many questions, as well as allowed me to tour their facilities and sit in on one of their classes. I’ll always be grateful to them for their help and candour.

This article is an all exclusive from our October EZ. To read more such articles, follow the link here.