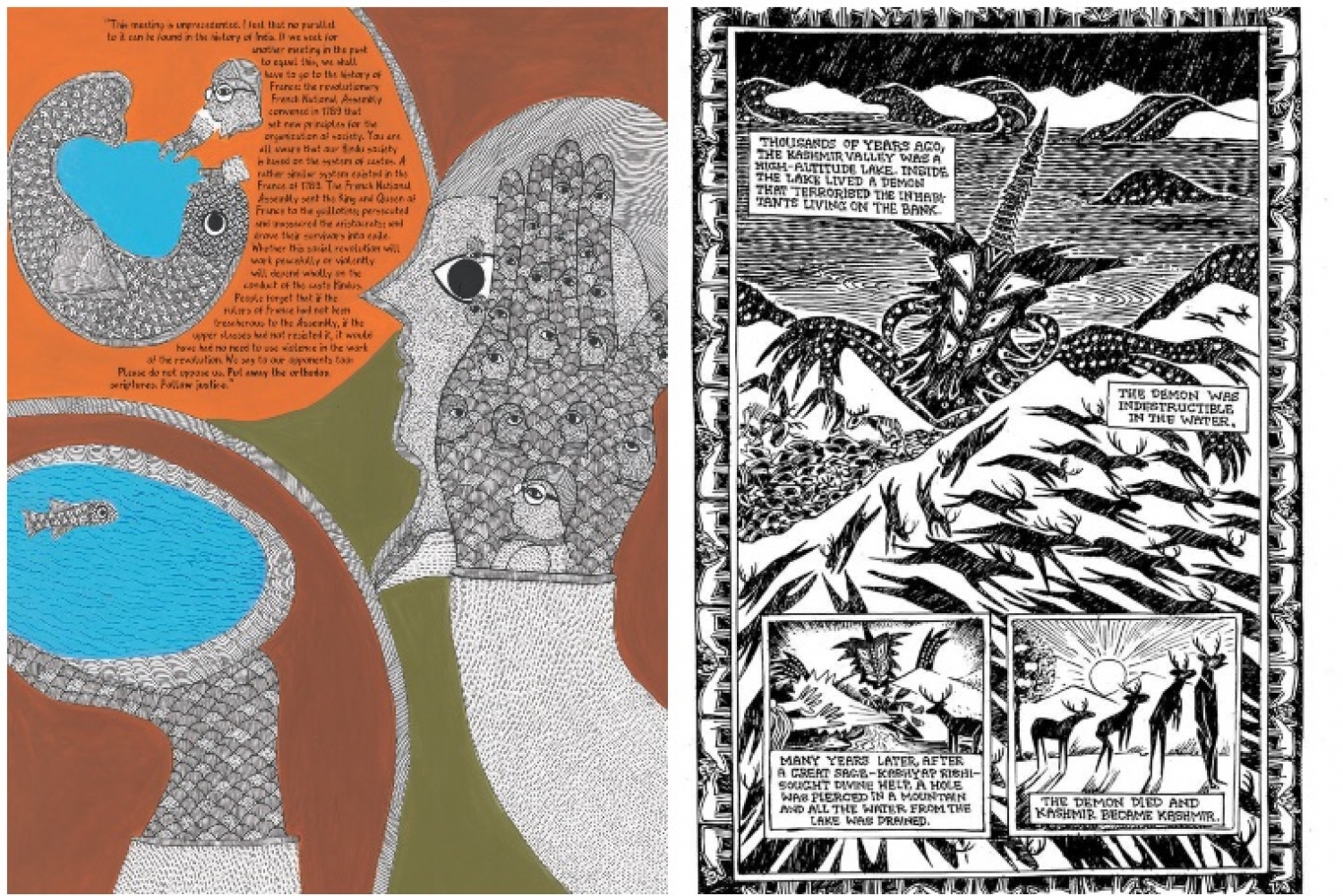 Graphic literature, in its very conception, is subversive. The history of comics, as we have seen, be it Marvel or DC, reiterates a political crisis with a superhero fantasy. The canon offers no space to the genre and so, graphic novels in this stride become a vehicle of counter and oppositional culture, going against the regime in their content as well as creation. Metaphor and symbol heavy images and texts culminate in distinct ways to convey messages otherwise lost in translation.

Bhimayana
Joe Sacco, upon reading the book called it ‘challenging in all the right ways’. Bhimayana: Experiences of Untouchability, created by artists Durgabai Vyam, Subhash Vyam and writers Srividya Natarajan and S. Anand, underlines the history of caste as it continues and persists. Based on the life of Bhimrao Ramji Ambedkar, words and pictures of the book represent voices, and as John Berger says in his foreword, ‘a vision of the future’. Reading the book and following its story, we gauge in visceral terms, the pain of an entire community. Through the use of folk and tribal art, practiced by the adivasi Gond community, the book outlines the baseless discrimination displayed via organic metaphors. The anthropomorphised art presents a gaze so sharp, it almost makes the reader uncomfortable by acknowledging its presence, holding the reader accountable. The unjust violence present in the everyday acts of existence of lower caste communities are made apparent, which for the most part are unnoticed, unacknowledged, as the national imagery excludes a certain community. Interspersed with jarring newspaper articles stating violence against the Dalit community, the novel ultimately restores Ambedkar’s place in history. It humanises the icon by speaking of his childhood, and becomes a distinctive read for the modern Indian trying to understand and legitimise identity politics. 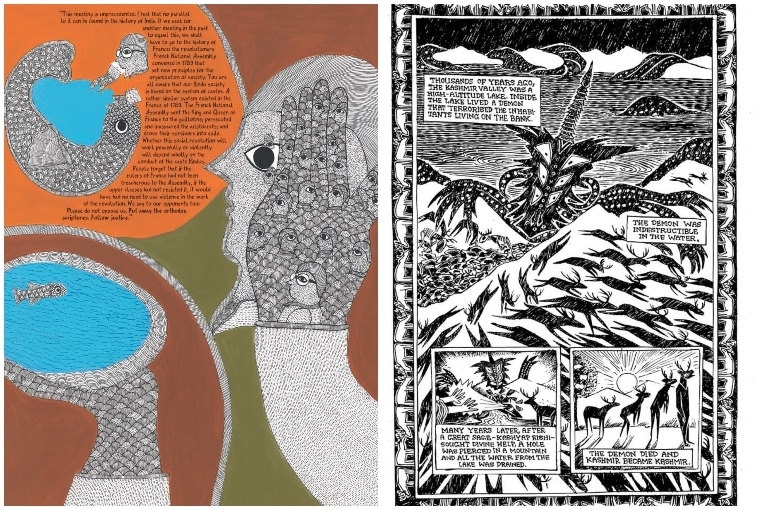 Delhi Calm
Written by Vishwajyoti Ghosh, the graphic novel traces India of the 1970s. Turmoil and strife overlay the political network, as the infamous Emergency of 1975 unfurled. The title is ironic as the city was everything but calm. Voices of reformation and revolution, as interlaced as they may seem, formed the two camps in the capital city, and fought against arbitrary governance. The satiric work presents an almost Foucauldian analysis of power, with lines like ‘watch out, you’re being watched’ gawking at the reader. To wake up one day to see your rights as a citizen of a democratic country suspended is the lived reality the graphic novel re-imagines. Caught within the State’s skewed understanding of nation building, young men and women subsumed within power politics themselves, ironically dream of idealistic change. The pages of the novel depict murky urban cityscapes where lines of power and desire lie hazily close to each other. Ultimately, the individual and the collective collide. The internal landscape of the mind, as it adjusts and reacts to hegemonic change, is explored in this tale of the real world. 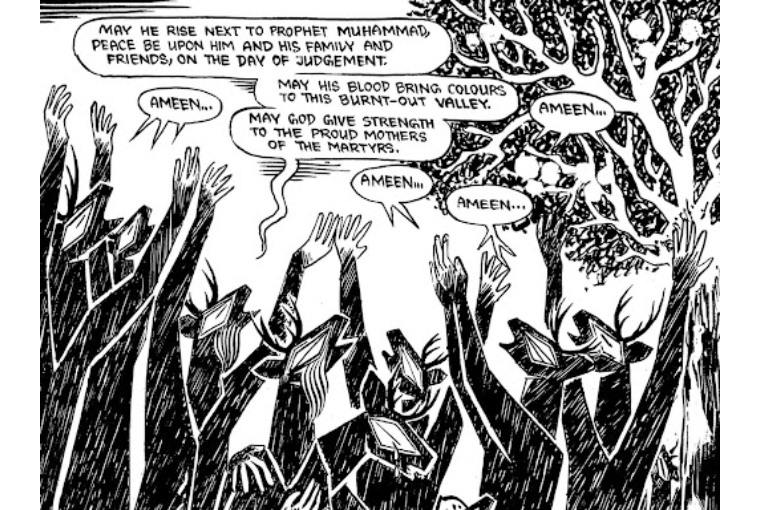 Munnu
Munnu: A Boy from Kashmir is a graphic novel, based on the life of author Malik Sajad. The conflict of Kashmir, the complexities, intricacies, contradictions and tragedies of the contentious land are translated through the experiences of a boy trying to navigate his childhood. The innocence of Munnu is starkly contrasted with the events and damages of a land that has long since seen peace. Through his filial structure, elements of violence, terror, loss and grief are introduced — his brother’s classmates are crossing over to Pakistan-Occupied-Kashmir to be trained to resist the ‘occupation’, his neighbours are being killed and his own father and brother are caught in the crossfire of politics and religion. Malik Sajad is able to capture in his graphic novel the strife and struggle of survival in Kashmir. The vulnerability of Kashmiris, as they navigate the literal minefield of their everyday, is evocatively represented. Deeply emotive, the novel is a critique of hegemonic State functioning and isn’t afraid to ask the reader challenging questions, dislodging their sense of right and wrong, and at times, even questioning their humanity.