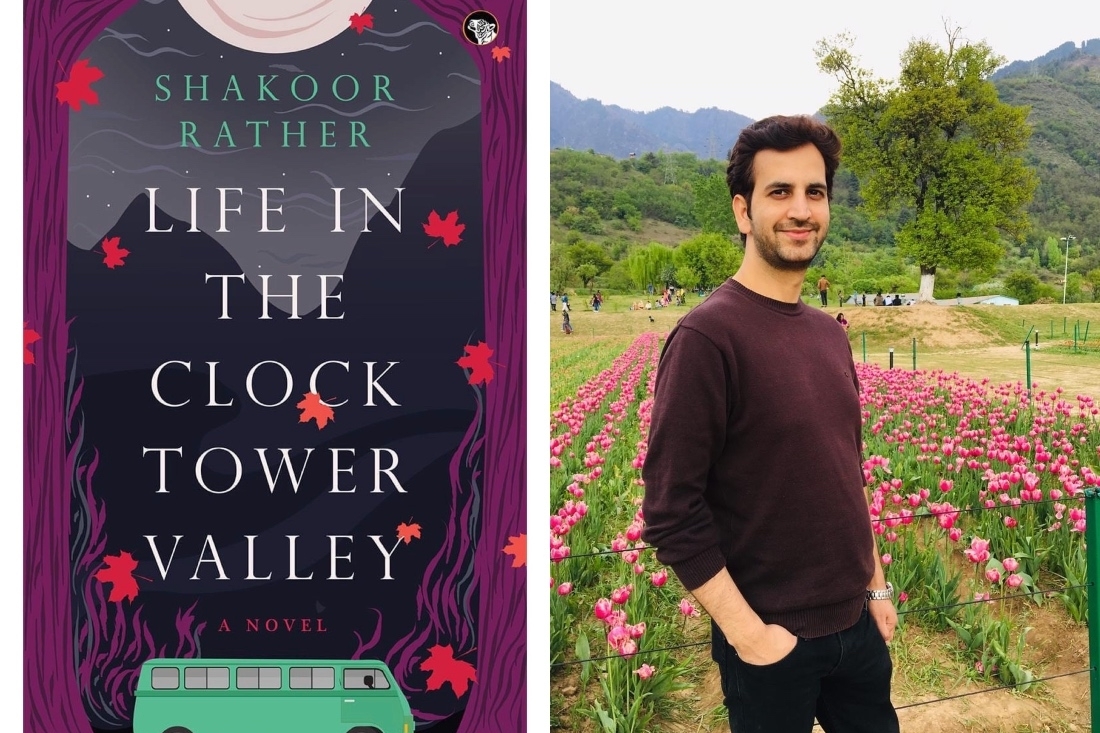 Debutant author Shakoor Rather has had a long-standing relationship with Kashmir, having grown up in the Valley during its most difficult decades. He has written extensively about Kashmir’s politics, society, culture and heritage. Overtime, he has amassed a wide range of insight into the everyday life of Kashmiris, which presents itself intriguingly in his debut novel, Life in the ClockTower Valley. The amusing gamut of characters in the book — whether it is Samar, a college student, who is head over heels in love with Rabiya, his batchmate; Sheikh Mubarak, Samar’s neighbour, who is a famed metal craftsman stuck in a loveless marriage or his wife Naziya, daughter Sana, and simpleton neighbour Pintoji — find themselves in ordinary situations, made extraordinary by the conflict-ridden Kashmir that surrounds them. Life in the ClockTower Valley, while tracing the lives of its characters, affords the reader a rare glimpse of the stories that are unheard of from the Valley. These stories are essential in understanding, what the author calls, ‘Kashmir’s pristine past, its grievous present and uncertain future.’

Get to know more about the author and the book below.

The Author
As journalists, we are always reporting facts. There is no scope for putting your own opinions out there. Now, when you’re from a place like Kashmir, there are so many stories to tell, but in Journalism, we have to detach ourselves from those stories and only report facts. So I’ve always had many stories and observations in my head, throughout my life in Kashmir. When I used to get some time off from my journalistic work during the day, I would always pen down these stories and pent-up observations. Overtime, these stories took shape of a novel and I approached the publishers.

The Book
Life in the Clocktower Valley is about mundane issues of Kashmir. These could be issues in other settings, but because of the surrounding conflict, the environment, and the kind of place Kashmir is, they become really important. In everybody’s life, there is a whole lot of uncertainty. The book is about Kashmir’s pristine past, its grievous present and an uncertain future. There have been a lot of books on Kashmir, addressing the conflict. But my endeavour while writing this book was to talk about the life amidst this conflict. So there are also a lot of environmental, social and domestic issues in the book, which are either not talked about or seldom talked about.

Gabriel Garcia Marquez’s Love in the Time of Cholera and Orhan Pamuk’s Museum of Innocence, really influenced my writing of this book. The magical realism of these books really inspired me. The depiction and treatment of mundane issues was very impressive, since I was also writing about the mundane issues of Kashmir.

The Characters
In the book, while all the characters are inspired by my experiences in Kashmir, at the same time, they were new to me. While I was creating these characters, my creative process was almost like a learning process about them. I grew up in a rural setting, but this book is set in an urban setting, in downtown Srinagar. So my characters and I were also trying to reconcile with each other.

The Challenges
When you are a debutant author, you don’t know what will be the fate of your writing. Luckily, in my case, when I approached publishers, I didn’t have to struggle much. But the real process starts then. Working with a publishing house is a long process and there are things like creative differences with editors, but in the end, the book came out really well. Then the pandemic hit us, which delayed the book’s release, which was supposed to be last year. So it’s taken this book a while to finally get released.

Kashmir
Kashmir has always been close to my heart. I stay in Delhi now, but I am always thinking about the situation in Kashmir. Its changing landscape, politics and society. But one thing that stays constant is the stereotyping of Kashmir — the way people view Kashmir through the lens of the media, which I think has to change. More people from Kashmir need to tell their own stories. People on the outside need to know the vast difference between the ground realities and what is being portrayed on the screen of their televisions.

The Future
There are a lot of ideas in my head but it will be premature to talk about them in detail right now. For instance, I certainly want to work with a rural setting because the rural landscape in Kashmir remains untapped. But it’ll some time to pen down everything and channelise my thoughts into a book.

Farah Bashir takes us through her coming of age against the backdrop of conflict-ridden Kashmir.

A Daunt Books publication, Sarah’s debut book is a remarkable exercise in exploring the various facets of female existence.